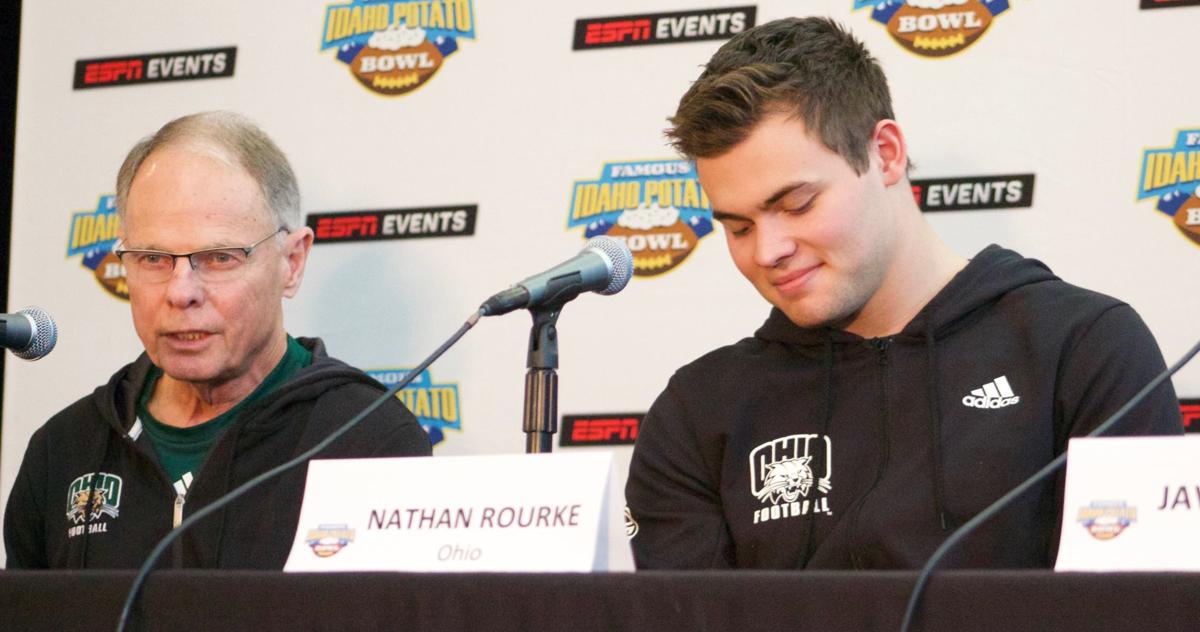 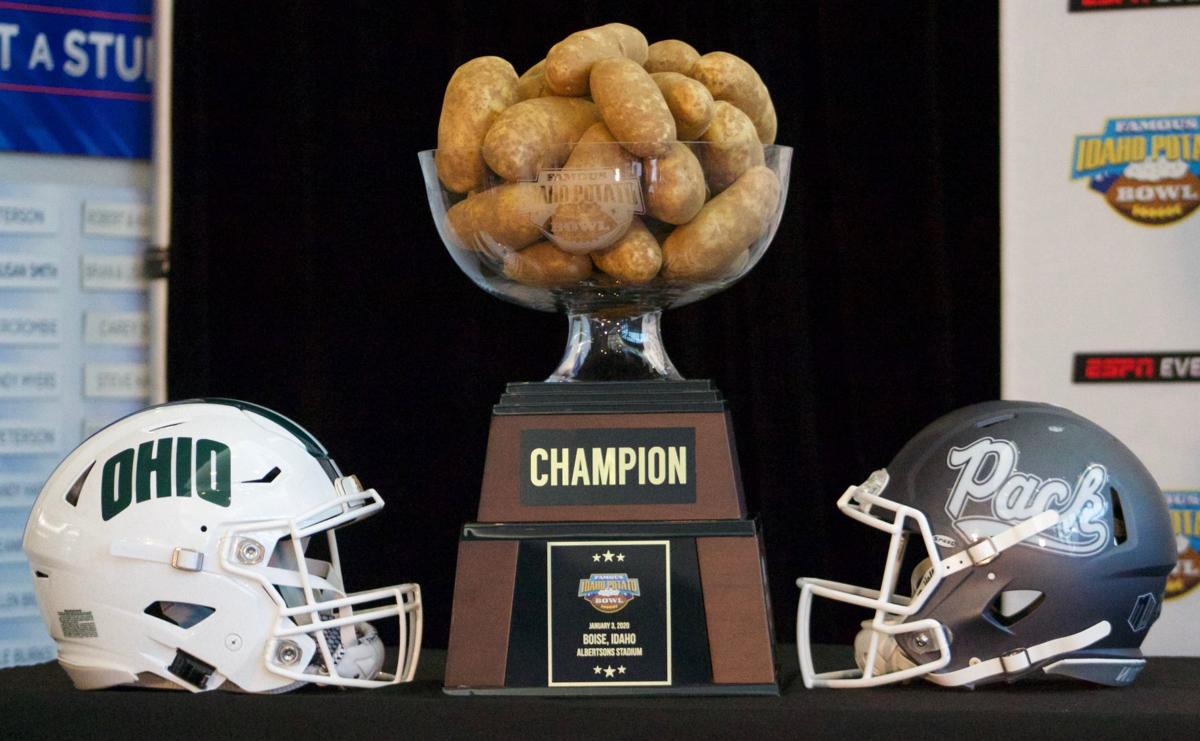 BOISE, Idaho — On Thursday, the Bobcats finalized their preparations for the Famous Idaho Potato Bowl. Kick off is set for 3:30 p.m. (ET) on Friday from Albertsons Stadium.

Ohio (6-6) will try to avoid its first losing season since 2008 with a victory. On the other hand, a win over Nevada (7-5) will also give OU a three-game bowl winning streak — that hasn’t been seen in the Mid-American Conference since the 1970s when Toledo (1969-71) and Miami (1973-75) set the standard for MAC postseason winning streaks.

Afterward, Ohio held its final practice of the 2019 season. It was a short, tempo-focused, one-hour affair from the Caven-Williams Athletic Complex. At the conclusion of practice, the offensive line unit carried off starting senior tackles Marques Grimes and Austen Pleasants as part tribute/part celebration to the duo’s efforts all season.

Solich, Hagan and Rourke touched on the usual topics during the media session — the challenge of facing the Wolf Pack, what the week meant, and the experience of spending the week in Boise.

Here’s a collection of the most notable elements of the press conference.

Ohio University and Solich agreed to a two-year contract extension and amendment prior to the end of 2019. The university announced the extension, which Solich signed on Dec. 23, early this week. It means Solich could be the Bobcats’ coach through the end of the 2021 season.

Solich was asked about the contract during the press conference.

“It ended up being something that seemed to work very smoothly between the parties,” Solich said. “We have a new AD, Julie Cromer, and she's been great in terms of visiting with and realizing that her direction and how she wanted to take the program basically matches my direction, and so was glad to sign an extension, and I feel really very good about it.

“As long as my health is good, as long as I still love the game, as long as we're able to play at a tempo where I'm not holding guys back, then we'll just kind of take it a step at a time.”

Nevada hired a trio of new defensive coaches for the bowl game, and will be missing four defensive players due to suspension for the game. It’s left a cloud over what Ohio could expect to see on the field.

Ohio has tried to replicate every possible expected front, and emphasized preparing for the 3-3-5 look that Nevada used throughout the regular season.

"We’ve been given a whole bunch of looks in practice and we’re doing our best to execute against them,” Rourke said. “They could be giving us a completely different defense, or they could be rolling with what they did in the season.”

Hoping for a good send off

Hagan is a four-year starter at safety. Rourke is a three-year starting quarterback. Both have multiple All-MAC honors over their careers, and both were First Team All-MAC picks for 2019. Combined, they’ve accounted for 77 games.

And Friday will be the final college game for both.

Solich said it was impossible to overestimate how much the duo has meant to him and the program over the last three years.

“They've meant the world to me. They've been guys that have come in and had great ability from the start but were tremendous leaders,” Solich said. “They just weren't guys that kind of drifted through their career. They came out to work every day.

“The fact that they're able to communicate with the rest of our team the way they have been as leaders has made all the difference in the world as to the type of football team that we have.”

Making the most of it

Ohio’s players have enjoyed the week, the chance to visit a new locale, try new things and enjoy the bowl activities sponsored by the bowl.

But the real gift will be the game itself. It’s no secret Ohio was a heavy preseason favorite to win the MAC, and barely became bowl eligible. The close games didn’t break the Bobcats’ way; OU lost all three of its MAC games by a combined nine points for example.

Still, Ohio is glad to have a chance to end with win.

“It's about just finishing strong, closing out,” Hagan said. “It's been a terrific season, despite the record and the losses that we had, we had a lot of tough losses, a lot of close losses, but we're the type of ballclub that always looks forward and leaves the past in the past.”

Rourke addressed the fact that Ohio’s season didn’t include a MAC championship and admits that was a disappointment.

“(But) nothing would be more awesome to me than to be able to finish it out with a bowl win,” Rourke said.