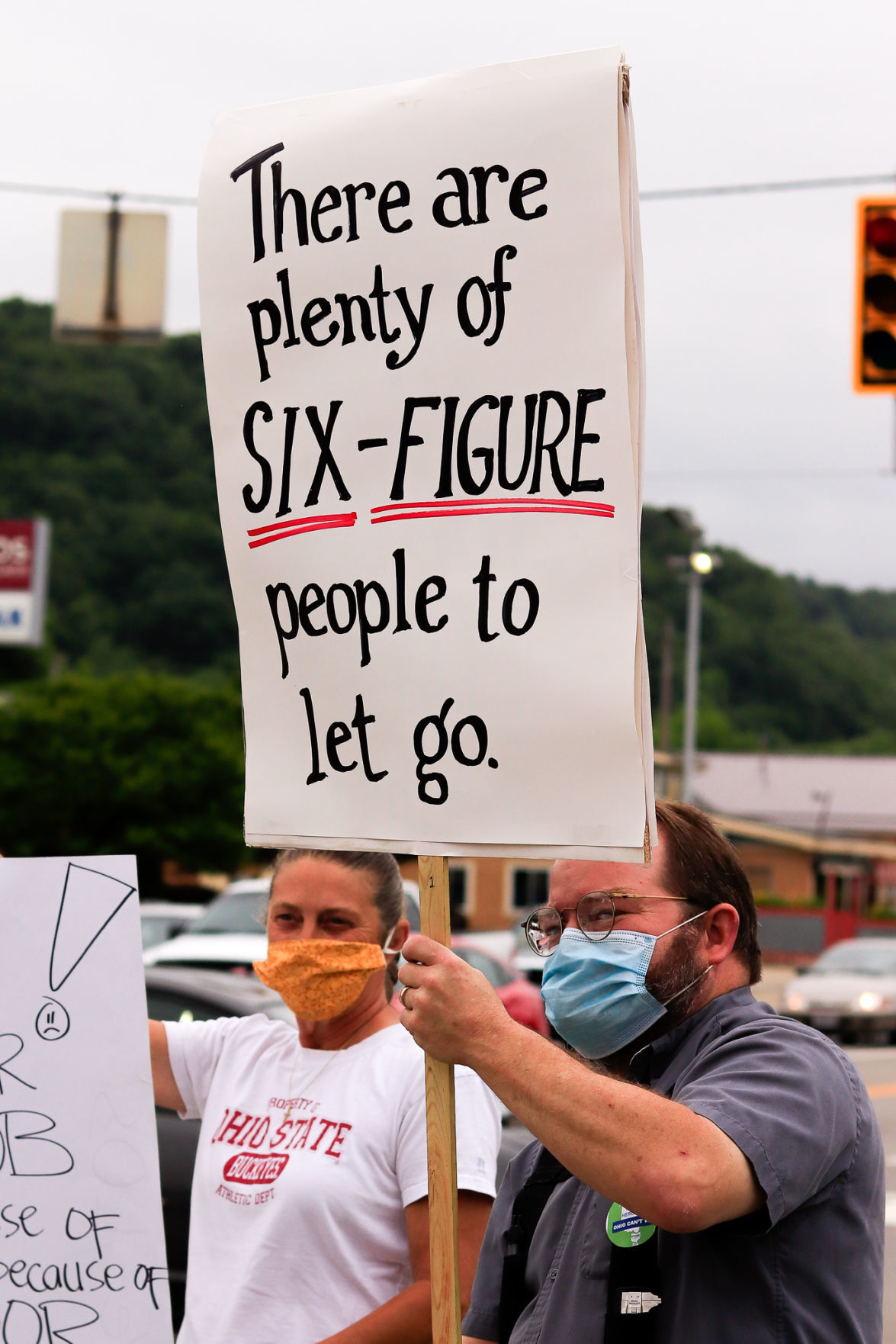 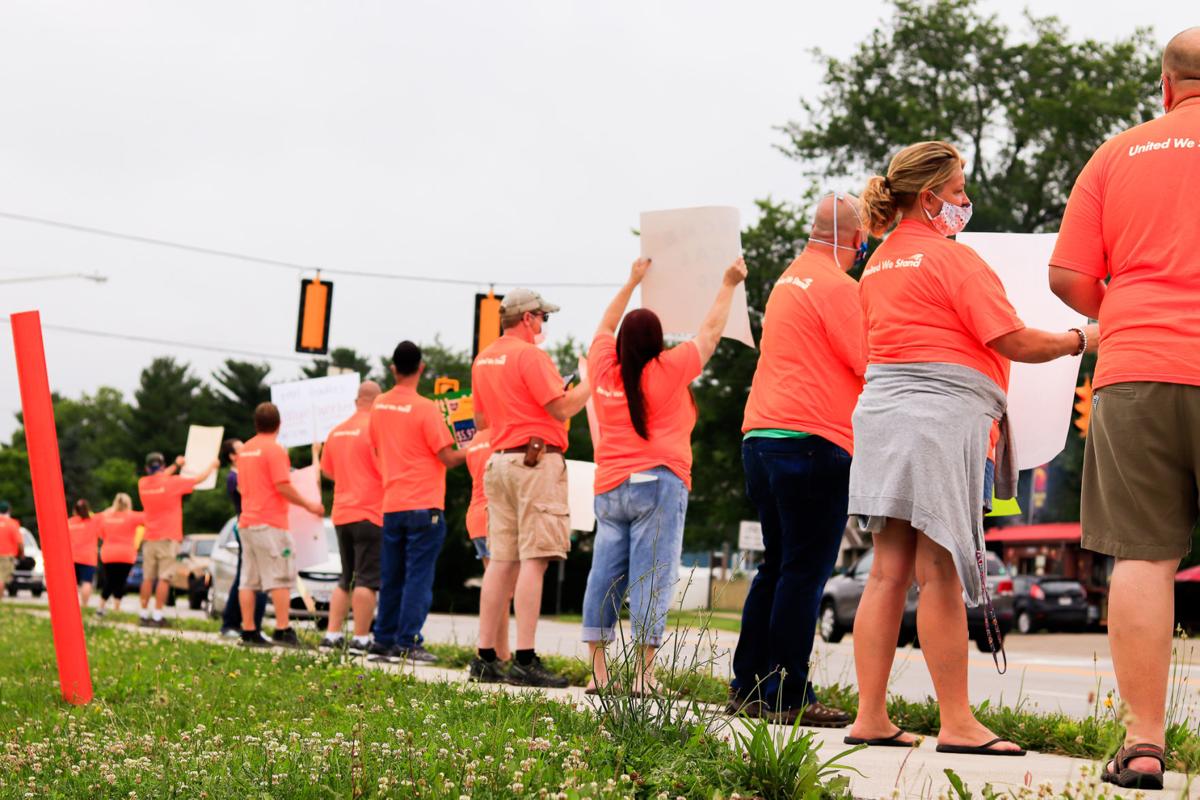 When Theresa Moran was notified she was going to be laid off from Ohio University at the beginning of May, she was among dozens of workers who applied for unemployment.

With the beginning of July imminent, Moran, previously assistant professor and director of Food Studies at Ohio University, has still not received any unemployment funds. Part of it is due to a university error — she was given a termination date of May 15, alongside 14 of her coworkers. However, Moran’s contract stipulated she remain on the rolls until at least May 31.

“In the middle of a pandemic,” she said. “I’ve written Jay Edwards, the lieutenant governor, the governor, and one of them got back to me, but no change. But I’m lucky — my spouse is able to support us both.”

She isn’t alone in facing rising bills with no relief from unemployment funds.

She noted that the economic impacts will not just affect those laid off — with no income tax on their wages and the workers and their families easing off on any spending, many have looked toward Athens’ local economy with concern.

Several workers present during the Saturday, June 27 protest and rally on East State Street reported that they are either seasonal workers, and not entitled to unemployment, or due to a series of errors and administrative red tape, have not received unemployment benefits months after being laid off during the COVID-19 pandemic.

Rep. Jay Edwards (R-Nelsonville) wrote to OU administrators last week, using the letter to ask the the university to resolve all outstanding unemployment claims for recently laid off or furloughed employees immediately.

“To be clear, I continue to have serious concerns with Ohio University balancing its budget on the backs of staff,” he wrote. “I understand sometimes tough choices have to be made, however, when I see Southeast Ohio residents disproportionately impacted while higher paid employees — mostly from outside of our area and working only a few hours a week — are spared, it raises serious red flags.”

The Ohio House Majority Whip continued his letter, stating that these cuts are “more than just a lost job.” He said the local economy may take a hit due to the loss of income tax for the city and wages from workers to spend. He said he’s been receiving “multiple” reports that both the Ohio Department of Job and Family Services, through which unemployment claims are filed, and Ohio University are “seemingly immovable bureaucracies” that are not providing the unemployment “safety net,” on which these families and individuals may be relying.

“There is enough time down the road for OU and ODJFS to blame one another for what went wrong. Right now, the focus needs to be on making this situation right,” Edwards wrote. “I hope to hear back answers on how Ohio University plans to address finding an immediate resolution to the unemployment issues facing our community members, including some who have been waiting on payments for many weeks now.”

Athens Mayor Steve Patterson is on vacation this week, but a message has been left at his email seeking his input on the economic impacts of OU’s personnel changes.

However, Saturday morning’s rally came on the heels of another round of personnel cuts at OU.

An additional 63 classified positions, 17 administrative positions and one hourly research position (that is a non-bargaining unit, unclassified position), have also been eliminated, adding to the already cut 53 faculty members, 140 unionized custodial staff members, and over 90 administrators. The majority of this move will affect the College of Arts and Sciences, with the University reporting that 44 positions in the college are involved in reorganization.

“In order to create a college centralized service model, the College of Arts and Sciences will post 23 new jobs: 20 classified and 3 administrative,” wrote OU President M. Duane Nellis, Executive Vice President and Provost Elizabeth Sayrs, and Senior Vice President for Finance and Administration Deb Shaffer in a letter to the community.

“The remaining 38 eliminated positions are in various academic and administrative units across the University,” the letter continued. “Once the new positions in the College of Arts and Sciences service center are filled by current employees, we expect a net reduction of 43 classified staff positions, 14 administrative positions and one hourly position that is classified as non-bargaining unit/unclassified, or a total of 58 positions overall.”

Classified employees expressed fear and trepidation about their future last week prior to the OU Board of Trustees meeting. One of the items to be presented to the board during the meeting Classified Staff says “strips away” protections afforded by Classified Civil Service Regulations and Ohio Revised Code Chapter 124. It was approved unanimously.

The university calls the move a “modernization effort” on its website. Some of the most salient changes include possible reduction of hours worked per week, or number of months worked per year. The university is using a voluntary layoff aversion program, sponsored by the Ohio Department of Jobs and Family Services, known as SharedWork Ohio.

These changes are not considered a reduction in force, layoff or job abolishment, the OU website noted. This means employees are not entitled to displacement rights, which Classified Senate’s letter calls “the most objectionable” of the proposed changes.

“Most of the institution’s operating costs are in personnel, which has necessitated difficult decisions that we recognize have a significant impact on our employees, their families, and the communities in which we serve,” OU’s leadership wrote in their letter Tuesday. “This is a painful time for our entire community, especially for those whose jobs have been affected. We are truly sorry for the personal and professional impact on each of these individuals.”

AFSCME Local 1699, the union representing classified staff, has held several protests against the actions of OU, asking for the jobs to be reinstated. Another protest is planned for 10 a.m. Saturday (hosted by the Ohio University chapter of the American Association of University Professors), with plans to line the sidewalks of East State Street to show support for AFSCME’s mission.

The OU-AAUP group has issued its support of classified staff in letter form as well, writing on June 17 to tell OU administration that the group believes changes approved by the Board of Trustees “degrades” classified working conditions.

“Classified staff schedule classes, keep records, maintain financial accounts, and support library operations,” the group wrote. “Their work is vital to our educational mission, yet their compensation tends to be low, with the majority earning between just $20,000 and $40,000 annually.”

In a statement posted to the group’s Facebook page, questions were raised about why executives at OU have received what is perceived as the least cuts.

“By now, the pattern is clear: Ohio University Executive Administrators believe they should fire as many of the lowest-paid staff and faculty as possible instead of meaningfully reducing their own salaries,” the group’s page posted. “After yesterday’s firing of 81 of our staff colleagues, 423 of the lowest-paid positions at OU have been eliminated (53 instructional faculty, 140 AFSCME workers, 149 lower-level administrative staff, and now 81 more staff). To be clear: the people fired to date are vital to the academic functioning of OU. Faculty collaborate with these staff daily to deliver courses at OU.”

The post called to implement mass firings of executive administrators and athletics coaches making more than the Ohio Governor ($153,650), and rehire with lower salaries and fewer benefits and protections. The group also called for a cap on all salaries at what Gov. Mike DeWine makes.

OU executives took a few cuts earlier this year in May.

Nellis earns over $489,000 annually, and Sayrs’ position pays $378,750 annually. Last July, Nellis was awarded a $72,000 bonus, alongside a $7,000 raise, despite concerns of the lower enrollment rates and lower high school graduation numbers from across the state.

There are two other employees with salaries higher than Nellis’ — Men’s Basketball Coach Jeffrey Boals, who reportedly earns about $581,000 annually, and Head Football Coach Frank Solich, who brought home around $525,000 last year. There have been minimal cuts to the athletics budget, although academic colleges were asked to cut about $30 million through anticipated layoffs of around 300 faculty to be notified by May 15.