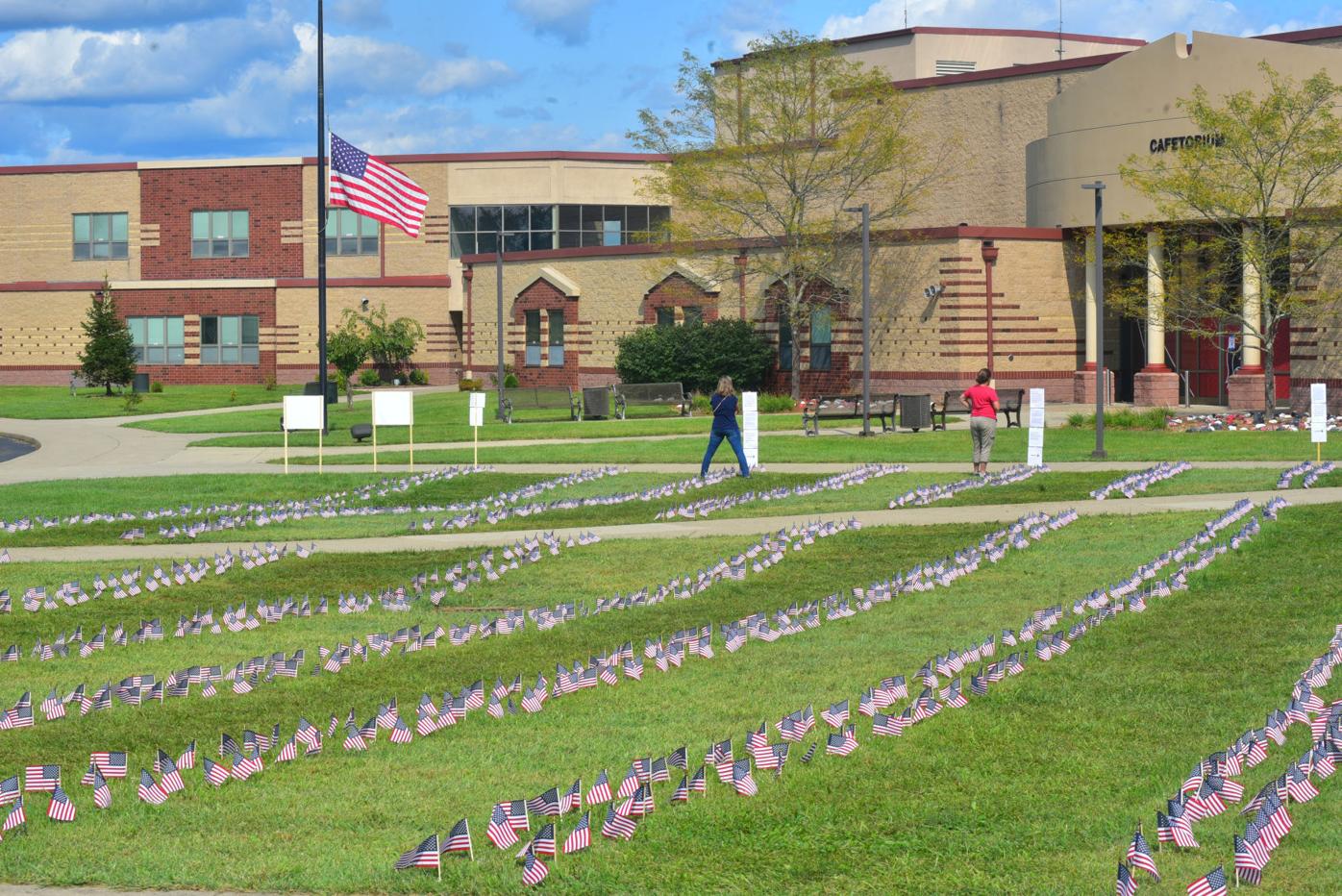 People stop and read the informational papers set out by the students. 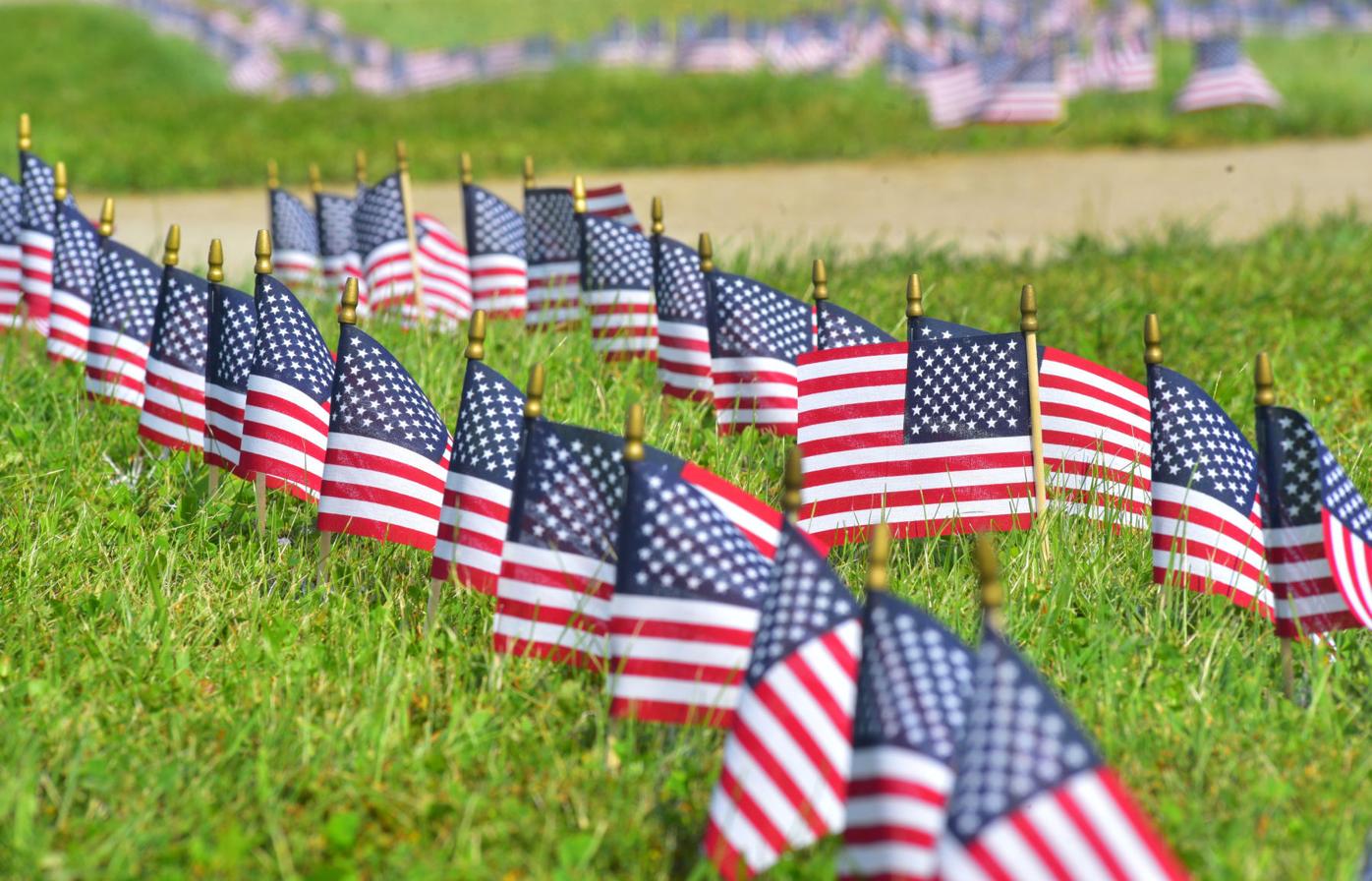 People stop and read the informational papers set out by the students.

Students at Alexander Local School District paid tribute to the lives lost on 9/11 by an outdoor memorial of 2,977 flags, one for each life lost that day.

The project, carried out by eighth grade Alexander Middle School teacher Jordan Hill, and his leadership class. Hill said. He said the project came to fruition after discussing the idea with the school administration.

To build the memorial, students in his class did research on specific details about 9/11 and prepared signs that were placed at each end of the pathway people follow. Students also created tribute artwork for the display.

“A major motto during that time was ‘never forget,’ and that’s the major reason why we’re doing this today, that we should never forget what happened that day,” Hill said.

He said the memorial was a way to get young people, who don’t remember the Sept. 11 attacks, as well as those who do remember, to understand the significance of that day in 2001.

“Anyone who was old enough to remember 9/11 — they remember exactly where they were when that event took place,” Hill said. “Kids are getting older and time has passed, but it’s an event that changed American lives forever, that changed the way we operate in our society.”

He also said he hopes the memorial can be a reminder and a call to return to unity in the United States.

“We hope to reignite some American spirit and pride because of the times we are living in, that’s certainly needed in our communities and in the country,” Hill said. “We hope this can serve as a remembrance of (9/11) can bring us more united. We are on the same team — we are the United States of America.”

One student who participated in the display, Carter Jewell, 12, in seventh grade, said the memorial brought some of the scope of the attacks into perspective.

“It’s sad and tragic how all this happened 20 years ago, and it’s still being talked about now,” Jewell said.

Jewell added that while he was not alive during the attacks, he said he would like to see a class dedicated to 9/11 and the consequences of the attacks.

The memorial will be open to the public and available all weekend, Hill said. He encouraged members of the community to come out and pay respects to the 2,977 lives lost in the attacks.