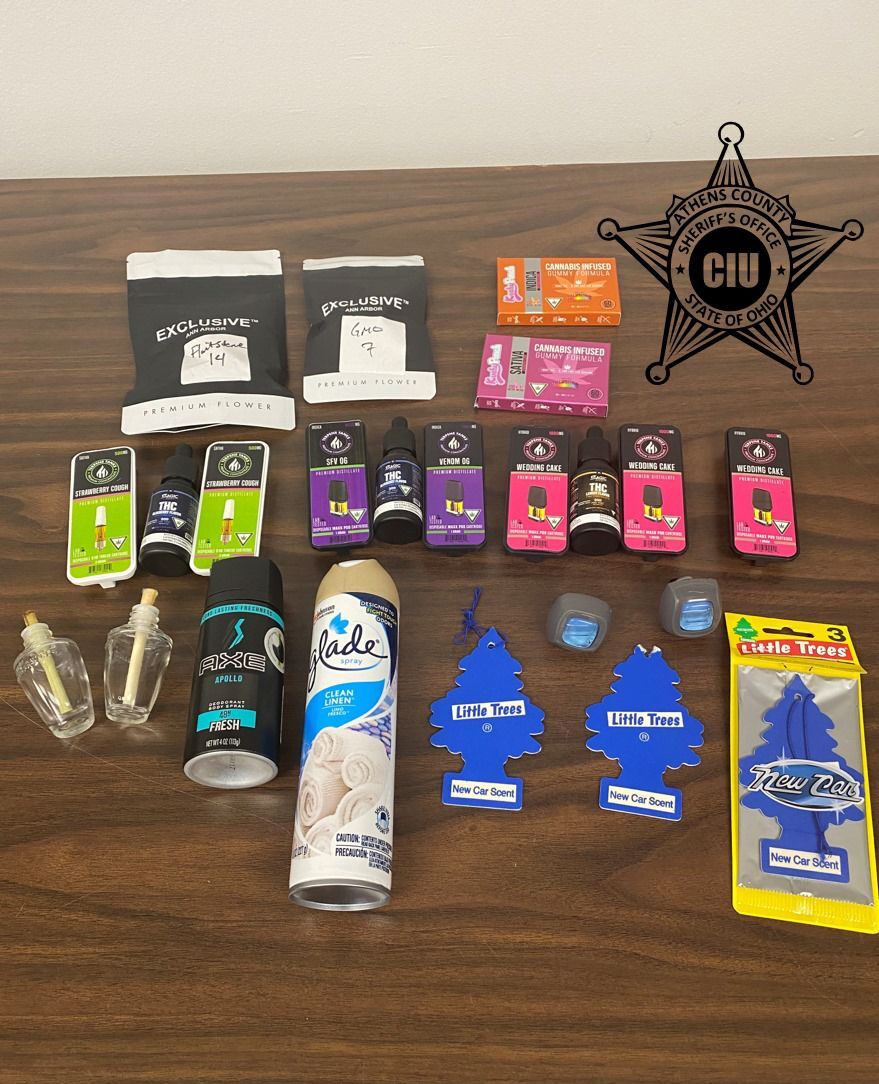 Displayed here is the evidence taken from Fahlgreen’s vehicle during the July 25 traffic stop. 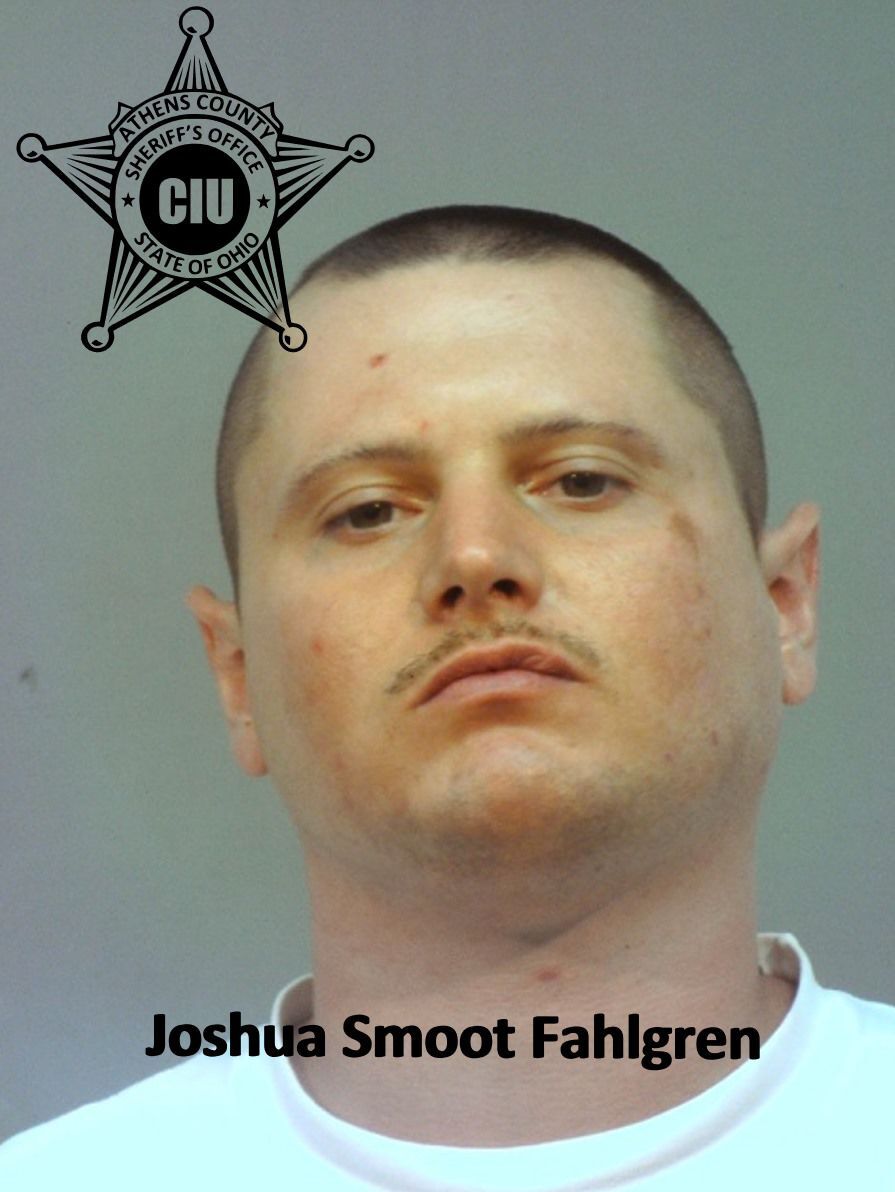 The Athens County Sheriff’s Office Criminal Interdiction Unit conducted a traffic stop Saturday, July 25, that resulted in the arrest of a Parkersburg man.

The stop occurred on Route 33 near Chauncey. During the stop, the deputies observed criminal indicators and K9 Bora was deployed for a sniff search of the outside of the car. She indicated on the vehicle, and a search was conducted.

The team seized over 91 grams of liquid concentrate THC (a marijuana extract), along with edible THC products and additional marijuana related items. A few of the items seized were labeled in store packaging from Exclusive Ann Arbor Medical & Recreational Marijuana, a cannabis store in Ann Arbor, MI, where recreational marijuana use is legal.

The driver, Joshua Smoot Fahlgreen, 29, of Parkersburg, was arrested and taken to the Southeastern Ohio Regional Jail. He is being charged with possession of drugs and trafficking in drugs, both third degree felonies. Depending on lab results, additional charges may be added.

The Sheriff’s Office release included a photo showing an excess of air freshener products. On Facebook, the Office issued an addition to the release.

“Though not illegal, possessing an excessive amount of air fresheners and body spray are criminal indicators, meaning they are typically transported with narcotics in an effort to mask the odor of illegal substances,” the update explained. “Canines receive extensive training and are able to detect the presence of narcotics despite any other odor to include food, air fresheners, etc.”

The post went on to address comments about priority drugs seen as larger issues, such as heroin and methamphetamine and not marijuana, and where deputies should be concentrating their efforts.

“Please know our deputies work very hard and do not know what substances may be in a car when they conduct a traffic stop,” the post explained. “Once a deputy encounters a substance that is illegal per the Ohio Revised Code, the deputy must enforce the law and does not have the option to ignore illegal activity. Our deputies are sworn to uphold the law and do not get to choose which laws are more important.”