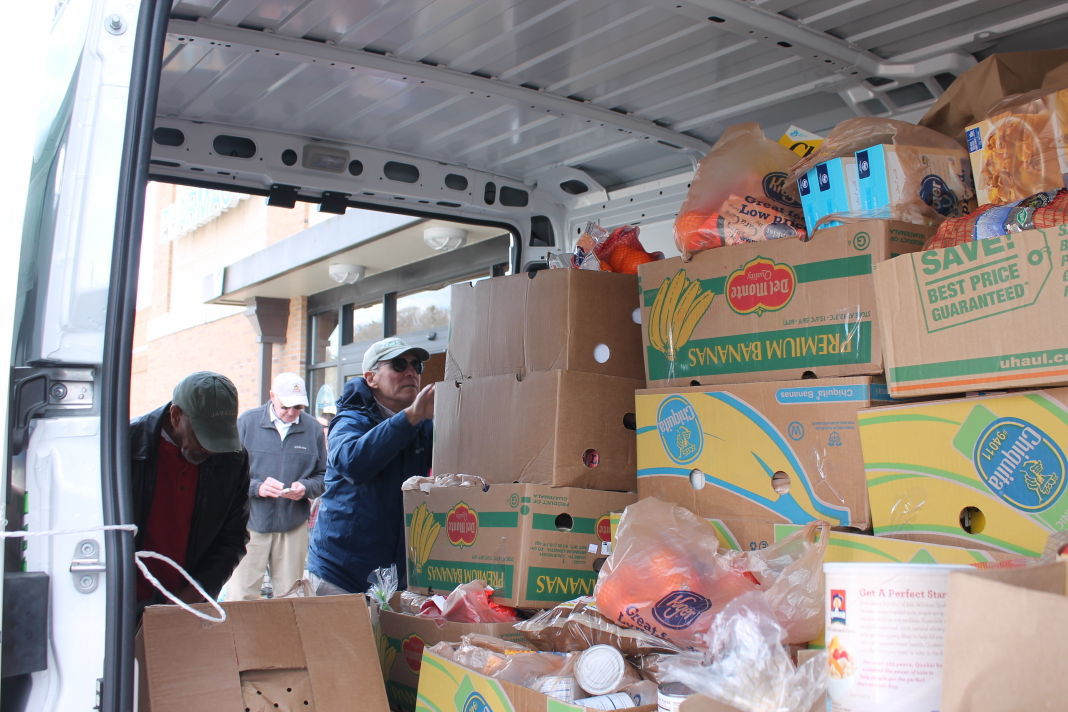 Volunteers with the Athens County Food Pantry place food donations in a truck at Kroger in Athens on Saturday, April 4, 2016. The pantry held a “stuff the truck” event for the first time ever at the grocery store, accepting donations from shoppers. 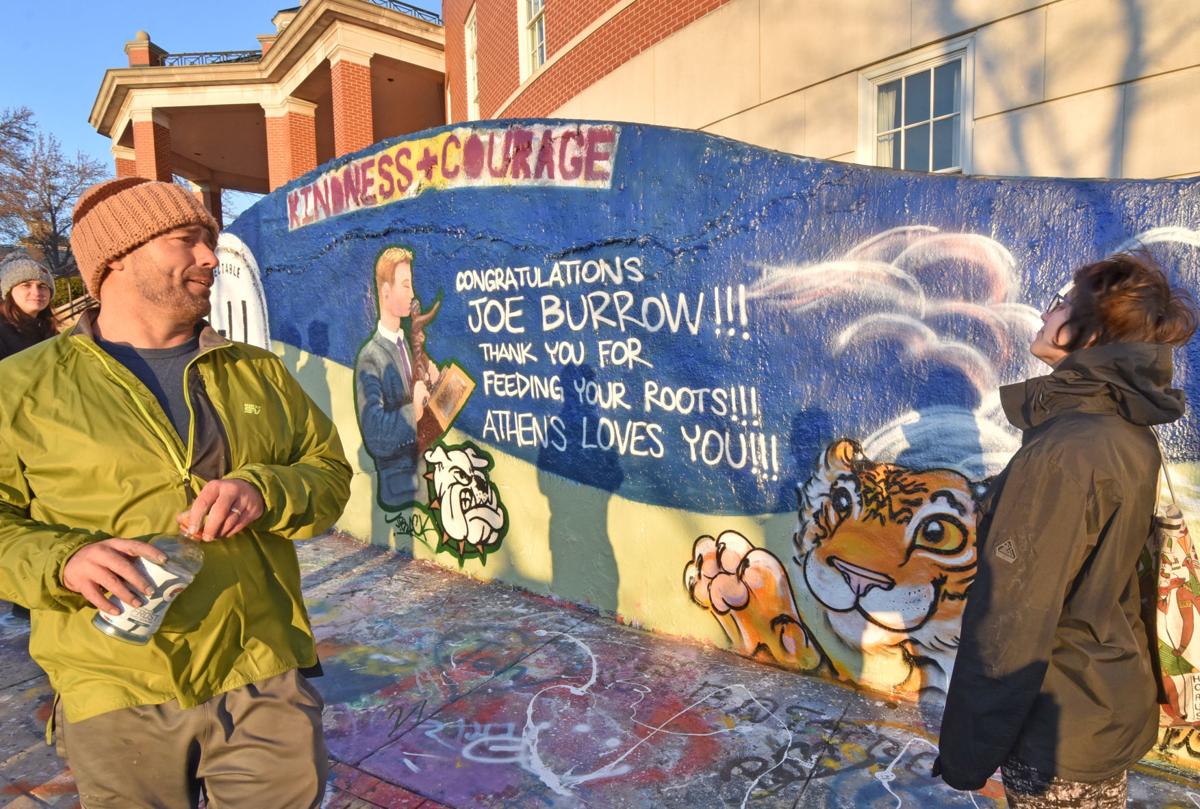 It was a cold day, but muralists Jerod Black and Caitlyn Rack had to get it done. They felt moved to honor Heisman Trophy winner, Joe Burrow, with a mural on the graffiti wall on West Mulberry Street in Athens. The text reads, “Congratulations, Joe Burrow!!! Thank you for feeding your roots!!! Athens loves you!!!”

Volunteers with the Athens County Food Pantry place food donations in a truck at Kroger in Athens on Saturday, April 4, 2016. The pantry held a “stuff the truck” event for the first time ever at the grocery store, accepting donations from shoppers.

It was a cold day, but muralists Jerod Black and Caitlyn Rack had to get it done. They felt moved to honor Heisman Trophy winner, Joe Burrow, with a mural on the graffiti wall on West Mulberry Street in Athens. The text reads, “Congratulations, Joe Burrow!!! Thank you for feeding your roots!!! Athens loves you!!!”

As of this weekend, the Athens County Food Pantry fundraiser spurred by Joe Burrow’s historic speech accepting the Heisman Trophy has reached over $500,000.

The money has come in through thousands of donations, large and small, from individuals and groups across the nation. The national spotlight was able to promote the cause to such heights it will likely carry the Food Pantry on for a great deal of time.

In less than a month, Athens County rose into the national spotlight thanks to Joe Burrow’s speech for winning the Heisman Trophy. As the poorest county in Ohio, the influx of donations to combat food insecurity is a boon. The county was recently named by U.S. Census data which notes Nelsonville has one of the highest overall poverty rates in the state, 36.5 percent. That rate is second after East Cleveland, which was found to have 38.9 percent overall poverty.

The county itself has an over 30 percent poverty rate, with the other lowest poverty counties stretched across Southeast Ohio.

For every five residents, one is food insecure, according to Jean Demosky, director of Athens County Job and Family Services. Free or reduced lunch programs exist in every district of the county, offering meals to hundreds of children who likely won’t have anything on the table when they go home that night, as well as numerous free meal programs and other assistance.

Burrow, having grown up in Athens and gone to school in The Plains, is familiar with these facts. He saw poverty on a heartbreaking daily basis. In his speech to accept the Heisman Trophy, the world watched him hold back tears.

“Coming from southeast Ohio, it’s a very impoverished area and the poverty rate is almost two times the national average,” he said. “There’s so many people there that don’t have a lot and I’m up here for all those kids in Athens and Athens County that go home to not a lot of food on the table, hungry after school.

That night, Will Drabold, an Athens native, took the opportunity to start a fundraiser, the same fundraiser to now have graced headlines around the country and raised over $500,000 for the county food pantry.

Over $150,000 had been raised for the Athens Food Pantry through Burrow’s impact by Monday afternoon, only two days after the Heisman had been awarded. The original goal for the fundraiser was $1,000. Drabold profusely thanked donors for their generosity throughout the day, and kept raising the limit.

At $0.50 a meal, the funding will provide thousands of meals for local residents.

The comments under the fundraiser tell the full story.

“My parents were in the same spot when I was in high school,” one comment began. “Until you’ve had mac ‘n cheese with gov’t cheese or rice or chicken back soup, or popcorn for dinner, you won’t understand ... the food pantry was a God-send.”

“Thank you for showing me and other children that no matter where your (sic) from or your life story, if you work hard you can achieve greatness,” the letter read. “Also, thank you for giving back to the community. You have inspired me to not be embarrassed by my life story, and work hard to achieve my goals. Again, thank you so much.”

Donations came from all over. Texas, Nevada, Louisiana — you name the state, someone from there likely donated. Drabold noted that the fundraiser “smashed” several goals on its way to $500,000.

“(I)t’s going to permanently change the fight against food insecurity in Southeastern Ohio,” Drabold wrote in a Dec. 17. fundraiser update. “Thank you.”

The Food Pantry is always seeking volunteers, ideally those who can volunteer for a set period of time, such as one shift a week for a month. Families and individuals needing food aid can call the food line, 1-800-338-4484, and find resources through the United Appeal for Athens County 2-1-1 online listings.