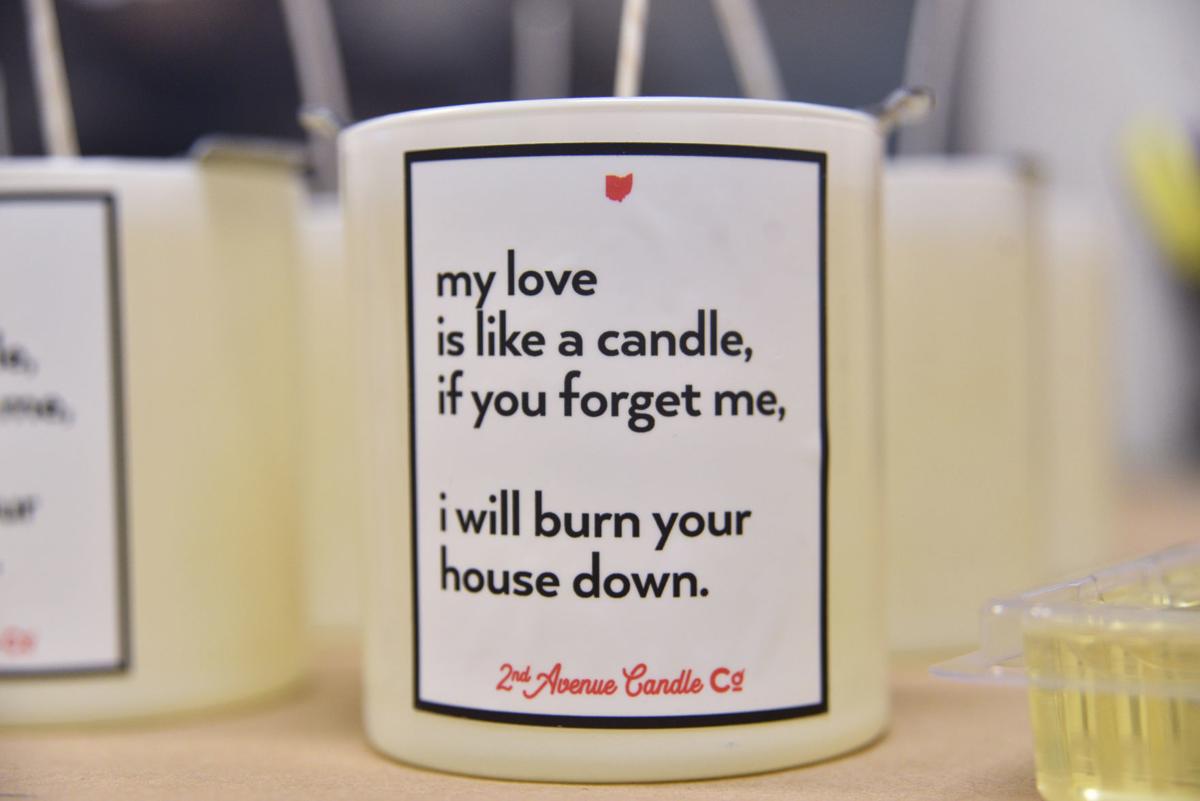 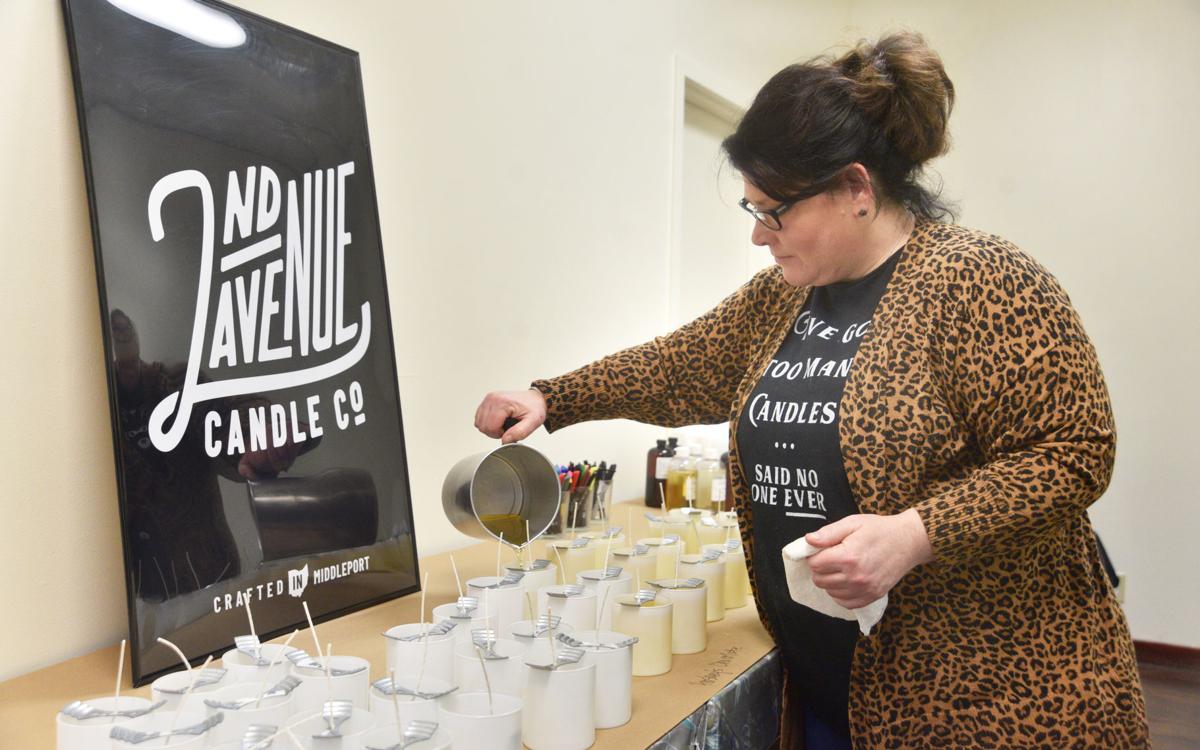 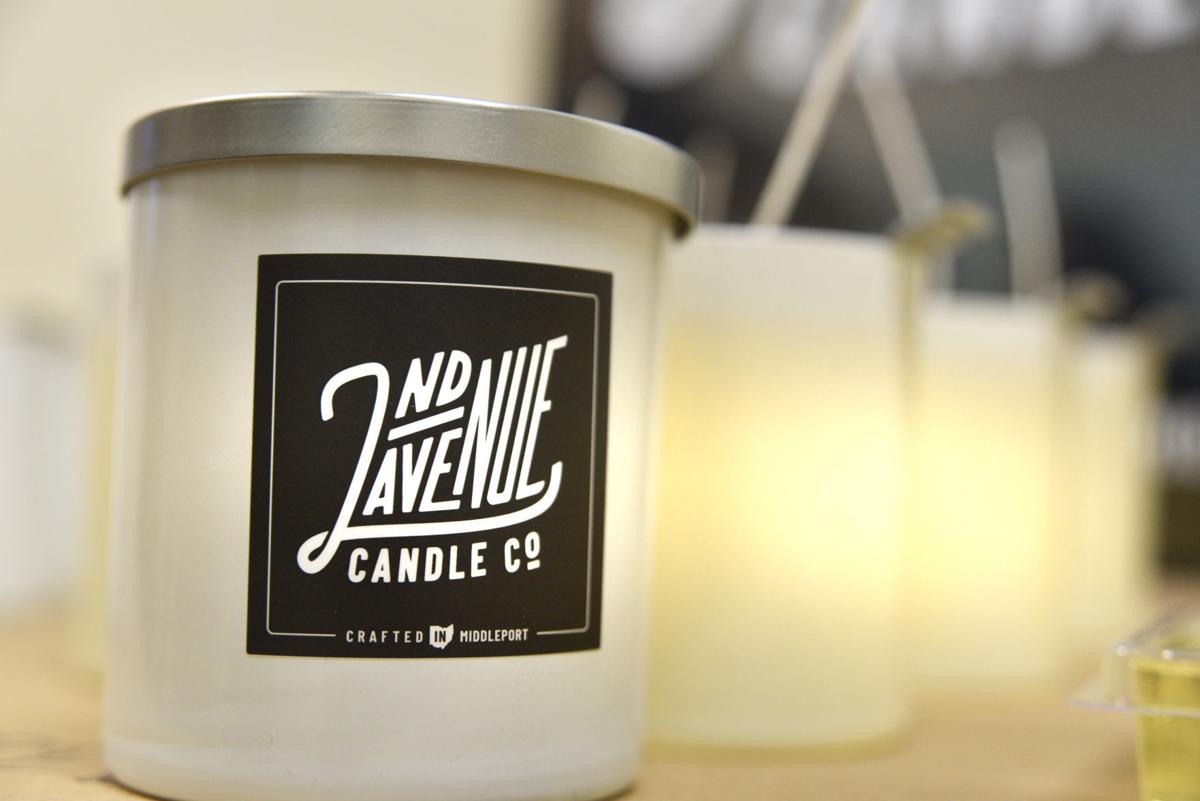 In a small room located at the Appalachian Center for Economic Networks’ (ACEnet) Columbus Road location, an experienced business owner is finding a new start.

Amy Blake, owner of 2nd Avenue Candle Company, has moved her talents from Middleport to Athens. Her 100 percent soy-wax candles, with cotton wicks and phthalate-free scents are designed to produce a clean-smelling and burning candle, which have been a hit in Meigs County as well as Athens.

This is by far not Blake’s first business. She comes from a line of business owners, with her father operating a fire equipment service for the mines of Meigs County, and then building a restaurant for his wife before passing away. That Middleport diner was how Blake’s mother supported her children, and it was an inspiration for Blake.

“My father ended up passing away, so my mom had a little diner for probably about 8-9 years while we were in school,” she said.

For a while, she did not run her own business. Instead, she worked corporate retail in Cleveland and then Massachusetts. When she was on the North Shore of Boston, Blake started an ice cream and coffee shop. However, family matters called her back to Ohio, and for a while, she worked at the Toyota plant making 4-cylinder engines. A shoulder injury made her decide to end that opportunity, but Blake needed a new job.

It was then that 2nd Avenue Candle Co. was born.

“I grew up on 2nd Avenue until I was 16, and that’s where I live now,” she said, noting it isn’t the same house. “So a lot of my childhood memories and my memories of my dad come from 2nd Avenue. I think that fragrances have a lot to do with our memories and how we remember things, and that’s part of people’s attachment to them.”

For a few years after she started making candles, Blake ran a store named Tuckerman’s in Middleport. She closed the store after the holidays, as a sewer project has slowed traffic coming to that area. The shop was supported by not only Blake, but many other regional and local makers who needed retail space. The front half of the store catered mostly candy, but in the back local goods reigned.

Blake still has that space, and is in the process of remodeling it. She noted it’s historic nature, and hopes to amplify that.

Because Blake was involved with artists and makers from the region, she has worked closely with several tenants of ACEnet, including Tim Martin of Redtail Designs. Martin designed all of her packaging, and in return she helped him to mix a few candles to sell in his Ohio Is Home storefront on Court Street. The scents were locally-based, with names like “Townie.” She also hosted a beer and candle event with beer-themed scents for Ohio Brew Week, which she said was a hit among participants.

Blake noted that the area will be seeing more of her creations at the local vendor shows, and that she hopes to do pop-up events. She also may do more candle-making events, which allow individuals to create their own candles with custom scents.

Currently, Blake is working on Valentine’s day scents, such as Love Spell, Hershey’s Chocolate and Red Hot. Candles are not the only way customers can get such scents, with wax melts also available. She also offers room sprays, diffusers and is starting to get into soap, which she partners with an unnamed business partner on. Through it all, she tries to stay locally sourced and locally-minded.