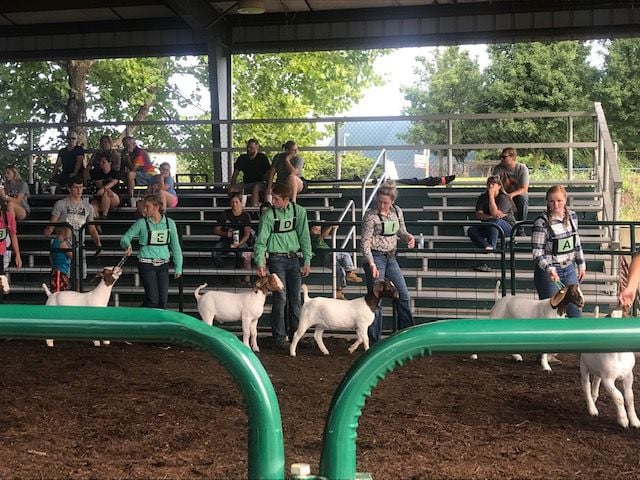 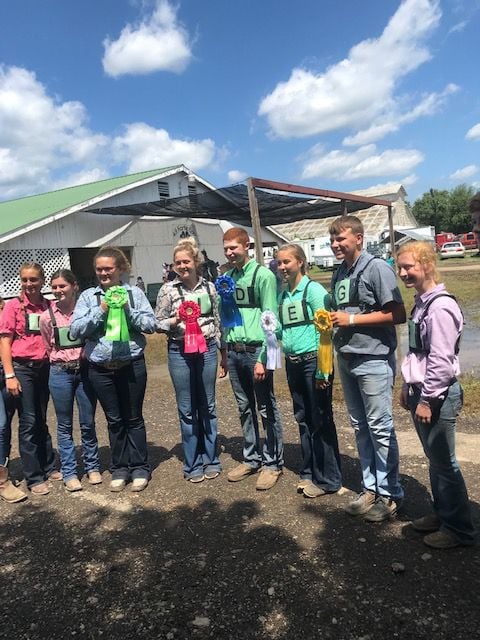 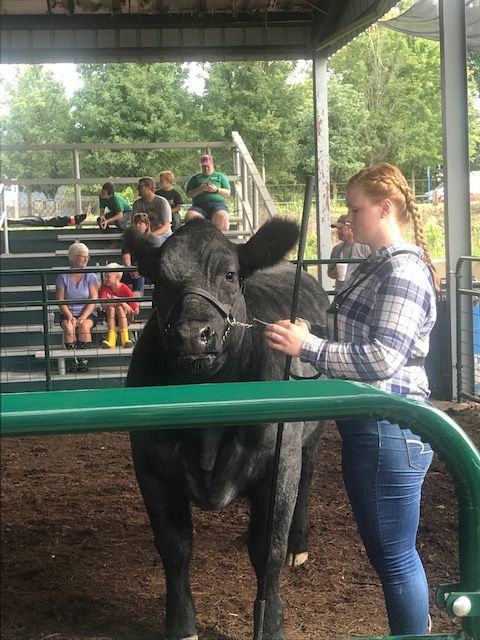 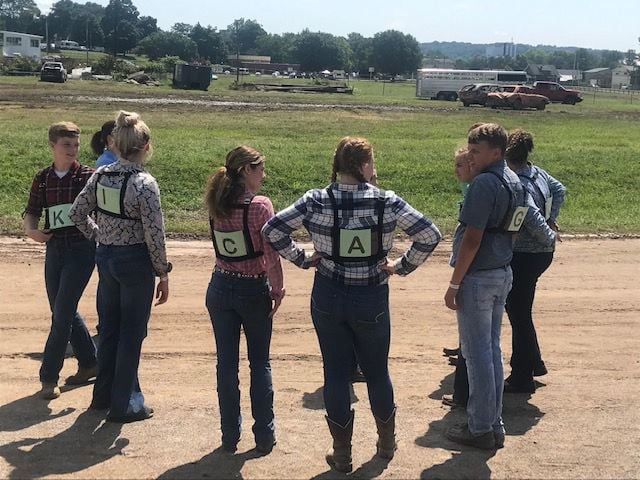 Note: This story appears in the Sunday, Aug. 11 newspaper on Page A1.

Throughout fair week, visitors to the Athens County Fairgrounds can stroll through barns packed with cows, goats, and chickens, and also encounter 4-H members happy to talk about their animals.

But neither the 4-H members nor the animals stay in the barns all week – fair week is also filled with multiple animal showings. Those showings culminated on Friday, when 11 enthusiastic and experienced 4-H’ers from throughout Athens County had the opportunity to compete in the Ultimate Showmanship event.

Ultimate Showmanship gives a few select 4-H’ers the chance to show off the extents of their showing skills. The 11 participants correspond to 11 species featured at the fair, from small rabbits to stocky beef cattle.

Throughout the morning, each exhibitor demonstrates the proper way to show all of the species. This includes the animals they are especially familiar with, along with those they don’t normally show.

The variety of animals provided plenty of unique challenges for each exhibitor. The event went by with only a few hiccups – some eager sheep and dairy feeders broke free during their show times and had to be retrieved by the other exhibitors and spectators.

Ultimately, Zach Carr, 18, earned the Ultimate Showman title. Carr is a student at Alexander High School and has been involved in 4-H since he was 9 years old. Carr’s specialty is sheep, though he also has experience with goats, cattle and pigs.

When it comes to showing animals, Carr focuses on making sure his animal is prepared and performing well, but he also dedicates plenty of his attention to establishing a connection to the judge.

“You have to make sure you’re fast, accurate and smooth,” Carr said. “You have to connect with the judge and let them know you’re there to do well.”

Carr admitted to struggling with the dairy cows, but he felt most comfortable showing goats in addition to his sheep. Showing is Carr’s favorite part of fair week, so he feels right at home in the show ring.

“I like coming to the fair and having animals to show throughout the summer,” Carr said.

Paisley Russell, 19, finished runner-up on Friday. Russell is a recent graduate of Athens High School who has been involved in 4-H for 11 years. Her primary animals are dairy cattle and swine, though on Friday she was there to display her expertise in showing beef feeders. Russell’s family raises cattle, and after a calf was born earlier this year, Russell decided to show it at the county fair.

Russell’s process of getting ready for a show involves many steps — including washing and drying her animal, putting on its show halter and keeping her show stick close at hand to guide her beef feeder. But Russell knows the most important part of showing is making a connection with the judge.

“Once you’re there you have to make eye contact and know where that judge is at all times,” Russell said.

Like Carr, getting to show off the animals she has worked hard to prepare all summer is Russell’s favorite part fair week. Her 4-H experience has been shaped not only by her animals, but the people she has encountered.

Asked to describe her favorite part of 4-H, Russell replied, “this is going to sound cheesy but it’s the people you meet. They’re really amazing and you get to ask lots of questions because they always have an answer.”

“Once you’re there you have to make eye contact and know where that judge is at all times."