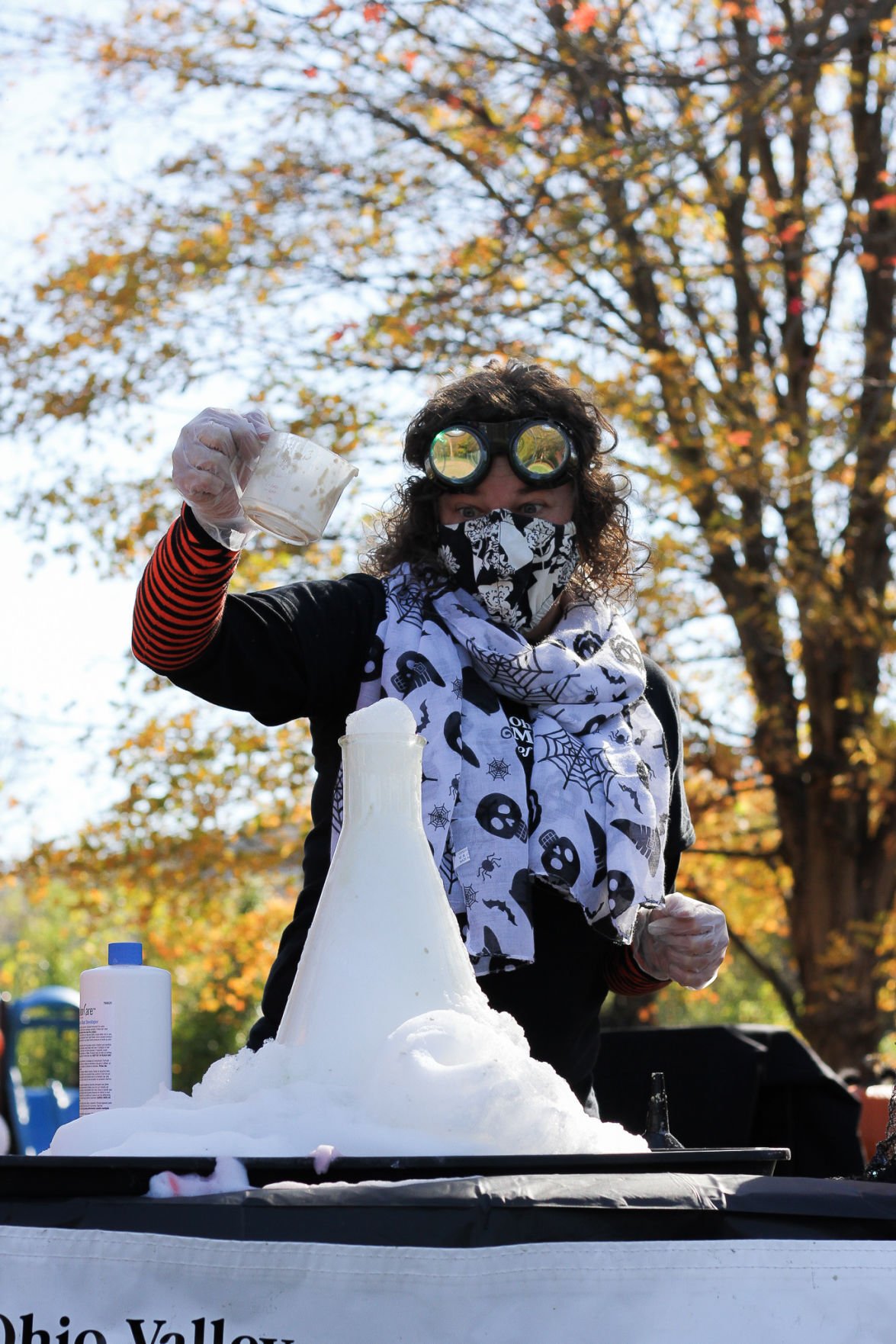 This mad scientist was providing entertainment from the Ohio Valley Museum of Discovery during the Halloween Parade in Place. 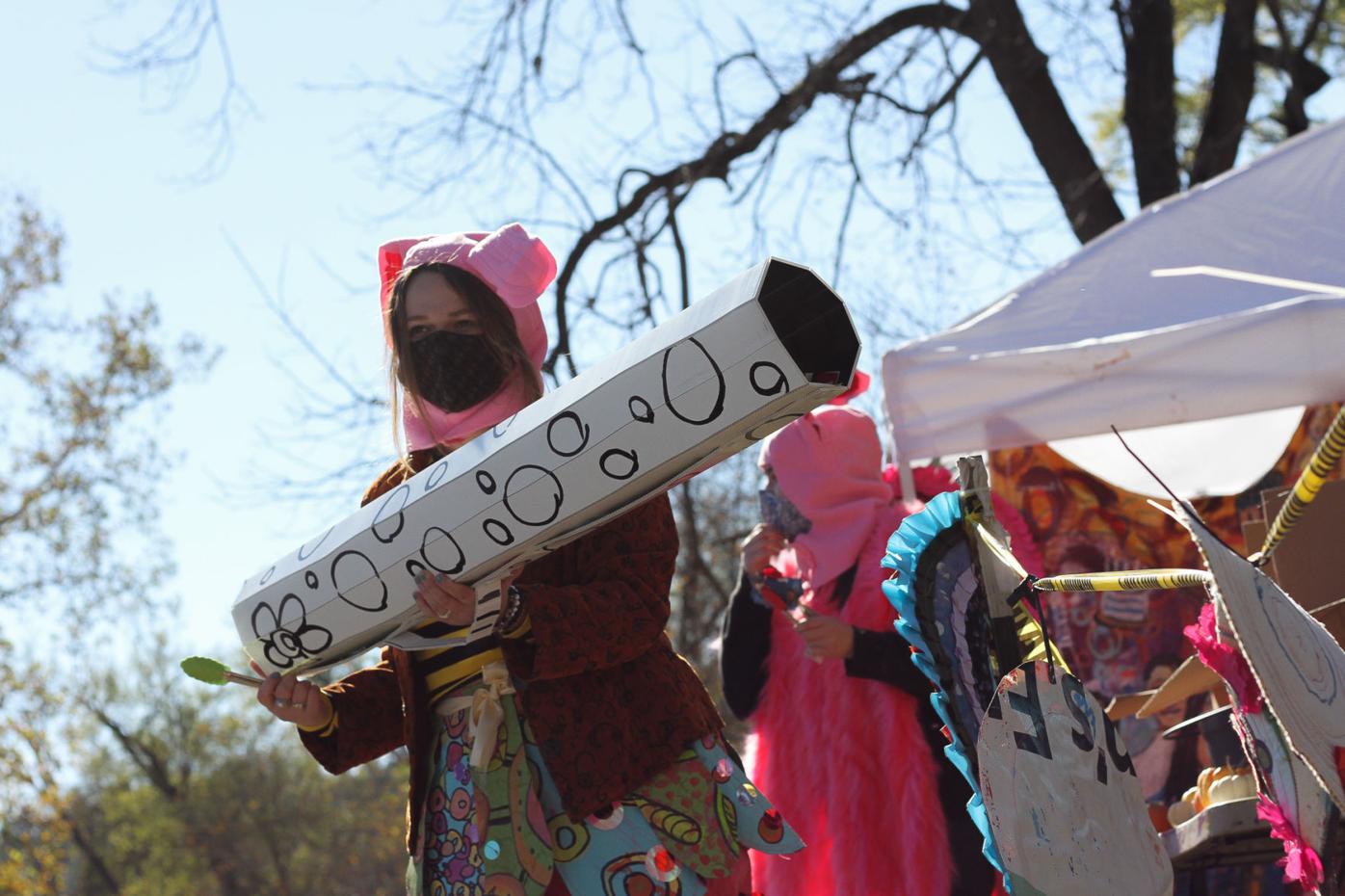 This volunteer is holding a “candy tube” which they used to send candy directly into the waiting arms of visitors. 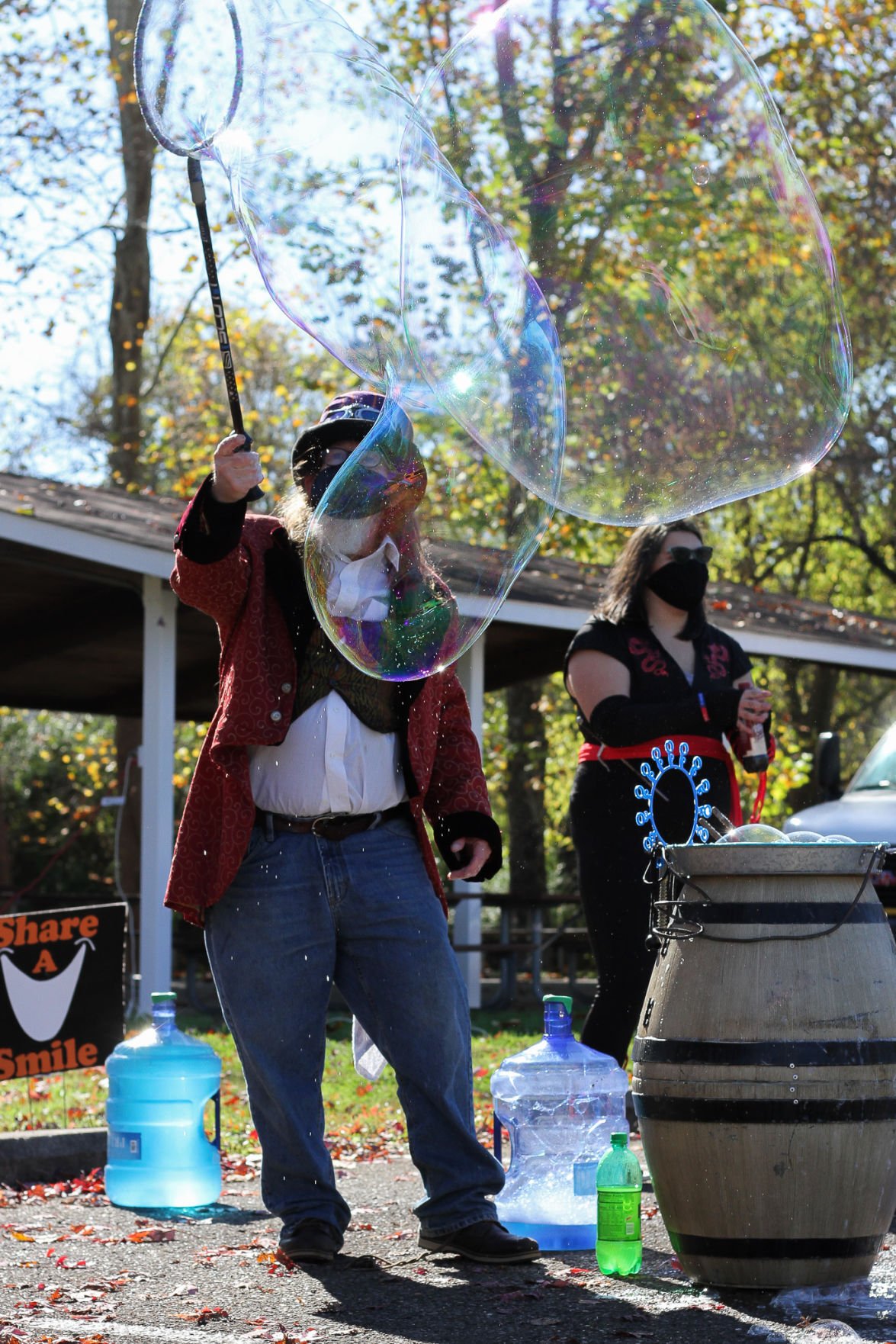 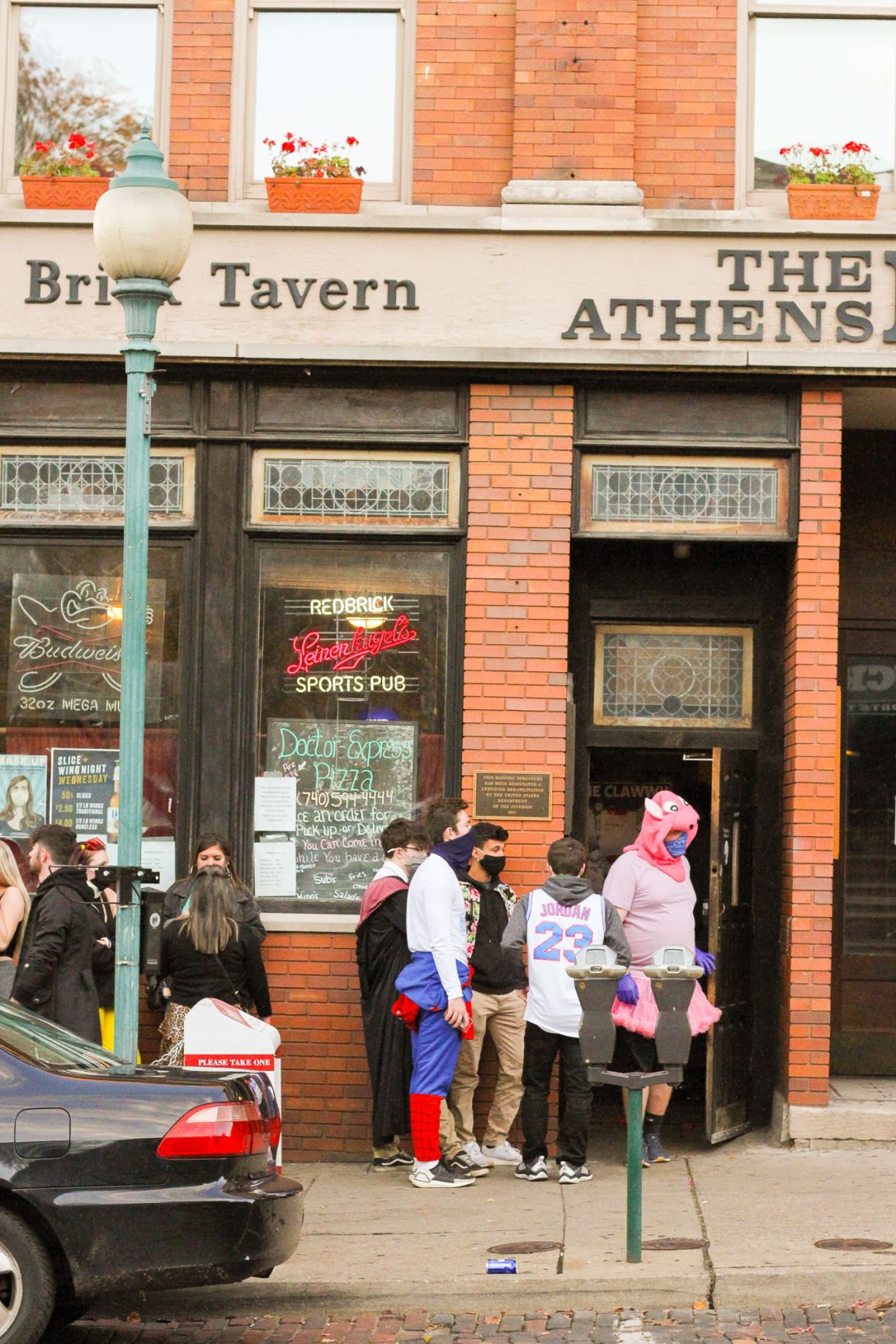 This image was captured outside Red Brick Tavern around 6:30 p.m., Saturday, Oct. 31.

This mad scientist was providing entertainment from the Ohio Valley Museum of Discovery during the Halloween Parade in Place.

This volunteer is holding a “candy tube” which they used to send candy directly into the waiting arms of visitors.

This image was captured outside Red Brick Tavern around 6:30 p.m., Saturday, Oct. 31.

Halloween revelry in Athens was far tamer than in years past, despite the holiday falling on a Saturday, with an extra hour due to the time change, and a full moon.

With no Athens Block Party and no special precautions in place for a large street party, the community had expressed some worries that revel-makers would overrun the street and cause further, faster spread of the COVID-19 virus.

However, as the evening wore on and groups and individuals went to celebrate the holiday, Court Street remained calm, orderly and mostly-masked. Groups roving between bars remained mostly separated and seemed intent on having a good time without being bothered by authorities.

Although house parties could be located in off-campus college housing, the parties were mostly kept small, discreet and private.

Athens residents found ways to celebrate as well. From 1-3 p.m., Passion Works Art Studio, as well as a number of community partners, hosted a parade in place at the West State Street ballfields. The loop of festivity involved Passion Works art and Honey for the Heart puppets hanging from the trees, fences and other installations, music provided by DJ B-Funk (Brandon Thompson) and lots — LOTS — of candy.

Vehicles lined up nearly to the West Side Elementary School, waiting to see the sights and sounds of a stationary Passion Works parade, seeking ways to help their little ones celebrate the holiday without being exposed to the virus or other germs.

According to Passion Works founder and director Patty Mitchell, the parade in place was made possible by the studio’s ability to pivot and adapt.

“One of Passion Works’ super powers is our ability to pivot and respond,” Mitchell said, citing the need for a community-based Halloween experience.

Several of the studio’s core artists have developmental or physical disabilities, and the goal was to create an event safe enough they would be able to join. To do this, Passion Works staff members created 5-6 foot tubes to slide candy into vehicles, after sanitizing the wrapped candy. Anyone coming to the event was encouraged to wear a mask, and was asked to not leave their vehicles. Those helping put the event on also were masked, and some also added an extra layer of protection through gloves and helmets.

Members of Ratha-Con, Athens’ comic book convention, dressed in their nerdiest costumes, with one in particular dressed as a Rally Master from the Mandalorian. The Rally Master asked each visiting vehicle if they had seen R2-D2 or C-3PO.

Professor Bubblemaker delighted visitors with large bubbles that could contain a whole vehicle at times. The Athens Real Estate Co. dressed in their wackiest costumes and showered trick-or-treaters with candy. The Ohio Valley Museum of Discovery was providing a number of potions with chemical-reactions designed to amuse, bemuse and cause wonder.

Also present were the organizers of the Nelsonville Music Festival and the Hocking Valley Bank, among others.