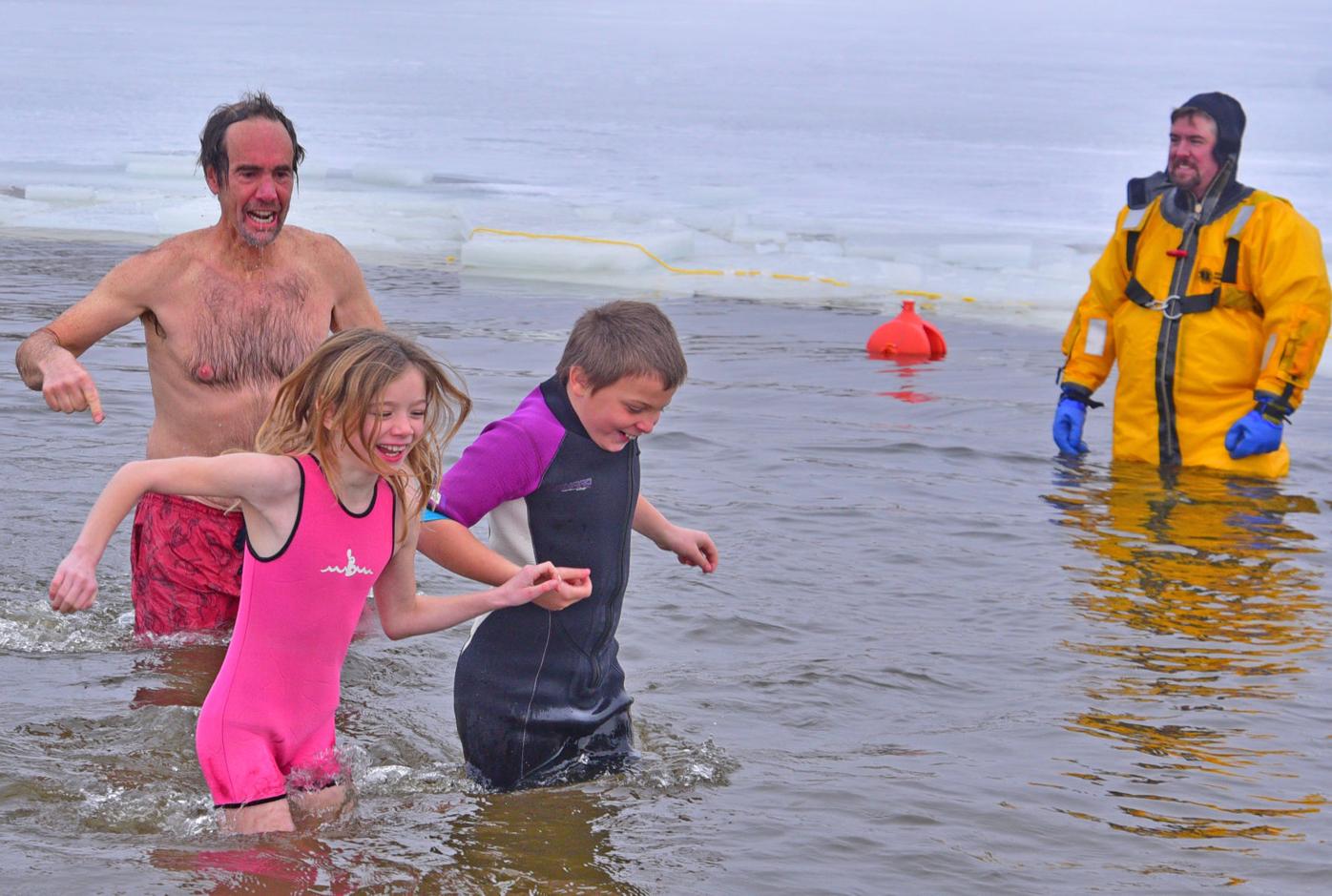 Even kids joined the plunge party. 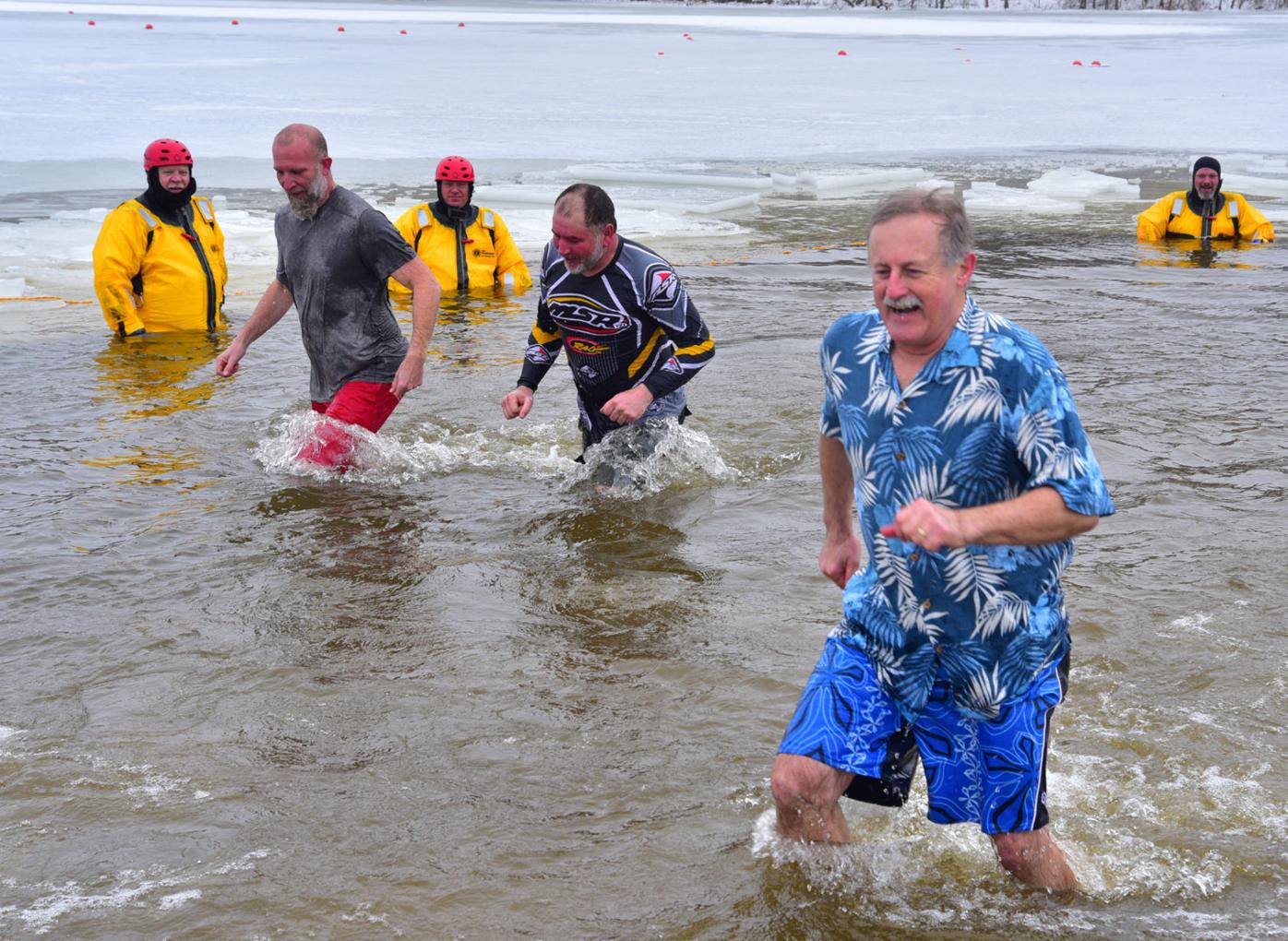 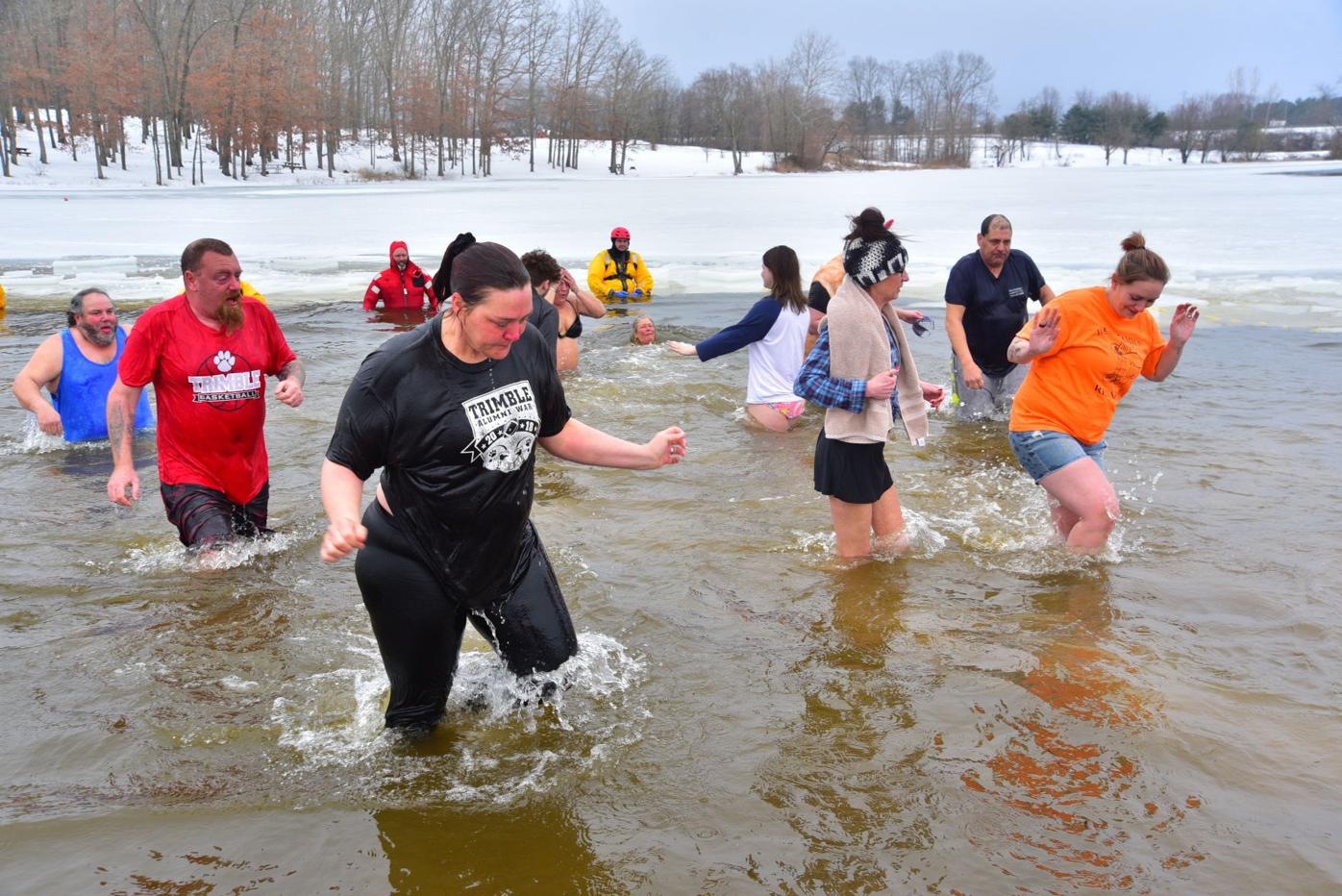 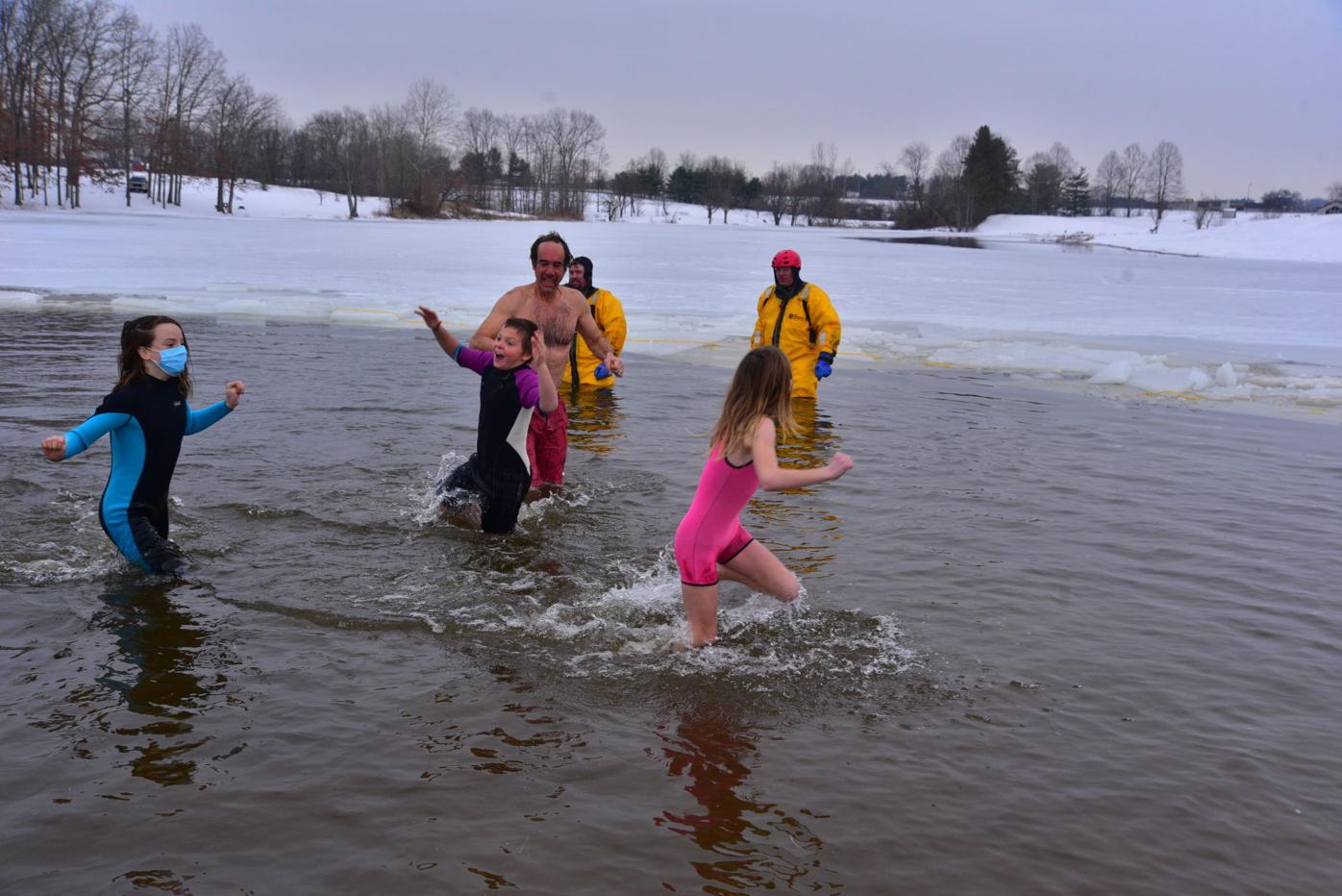 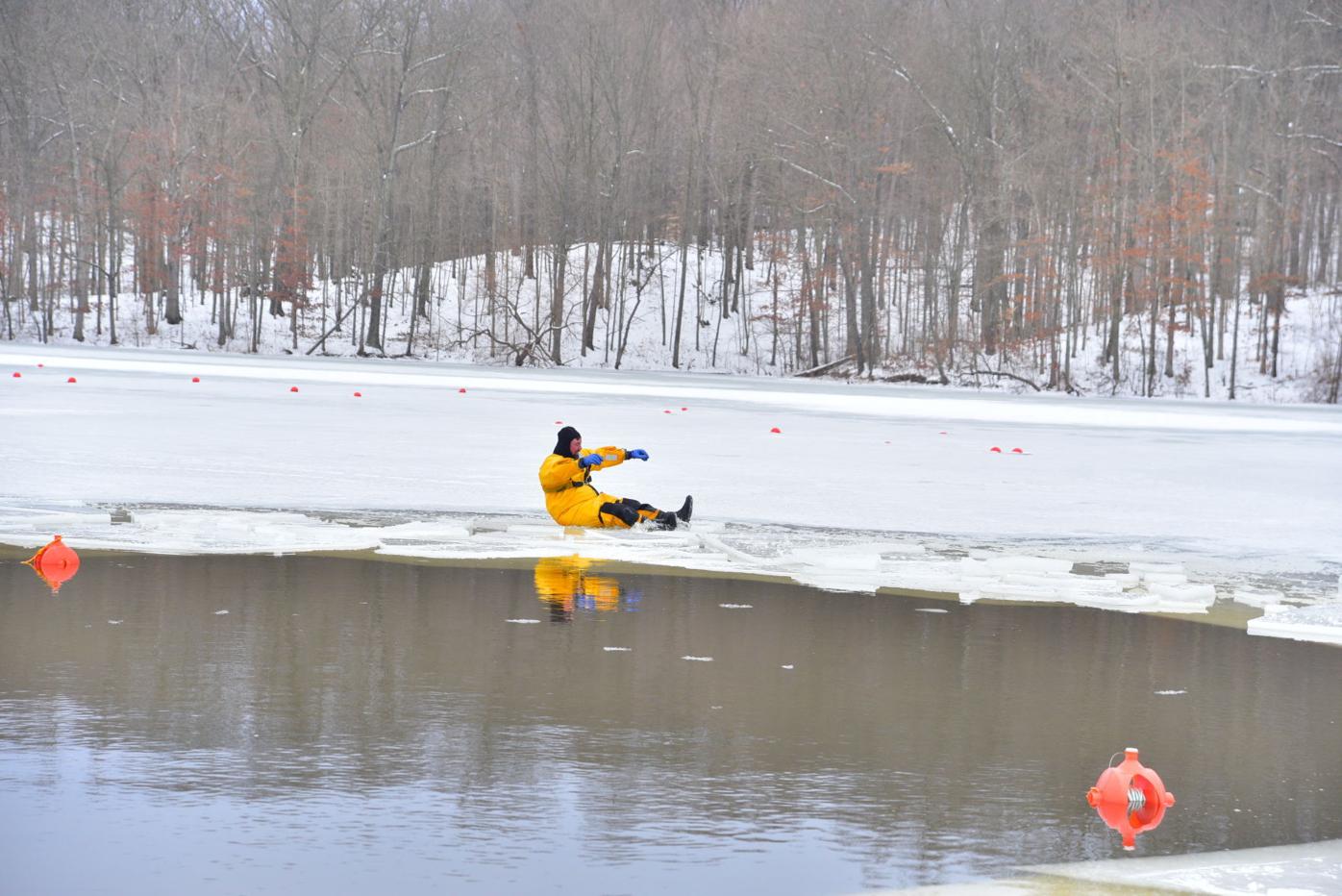 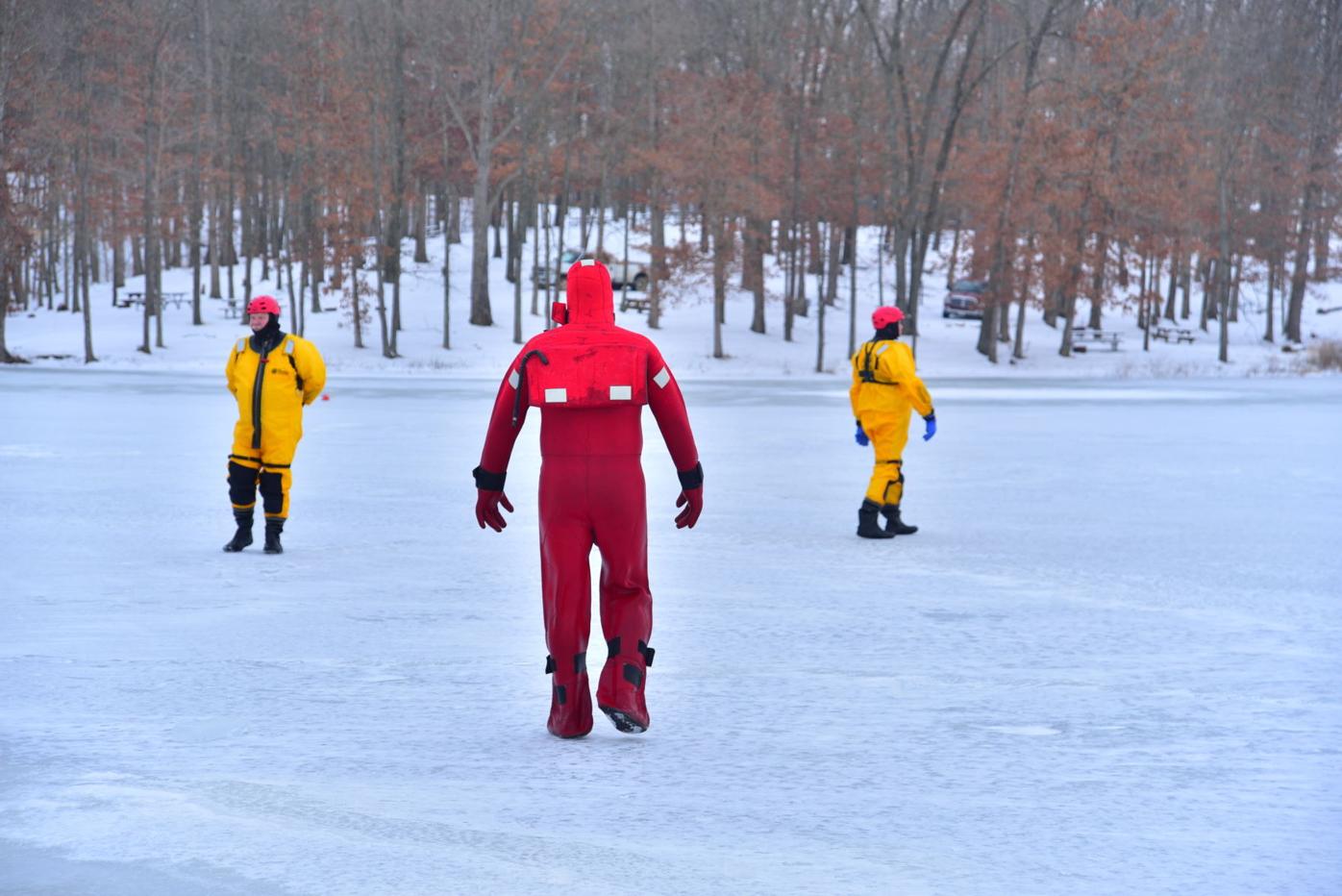 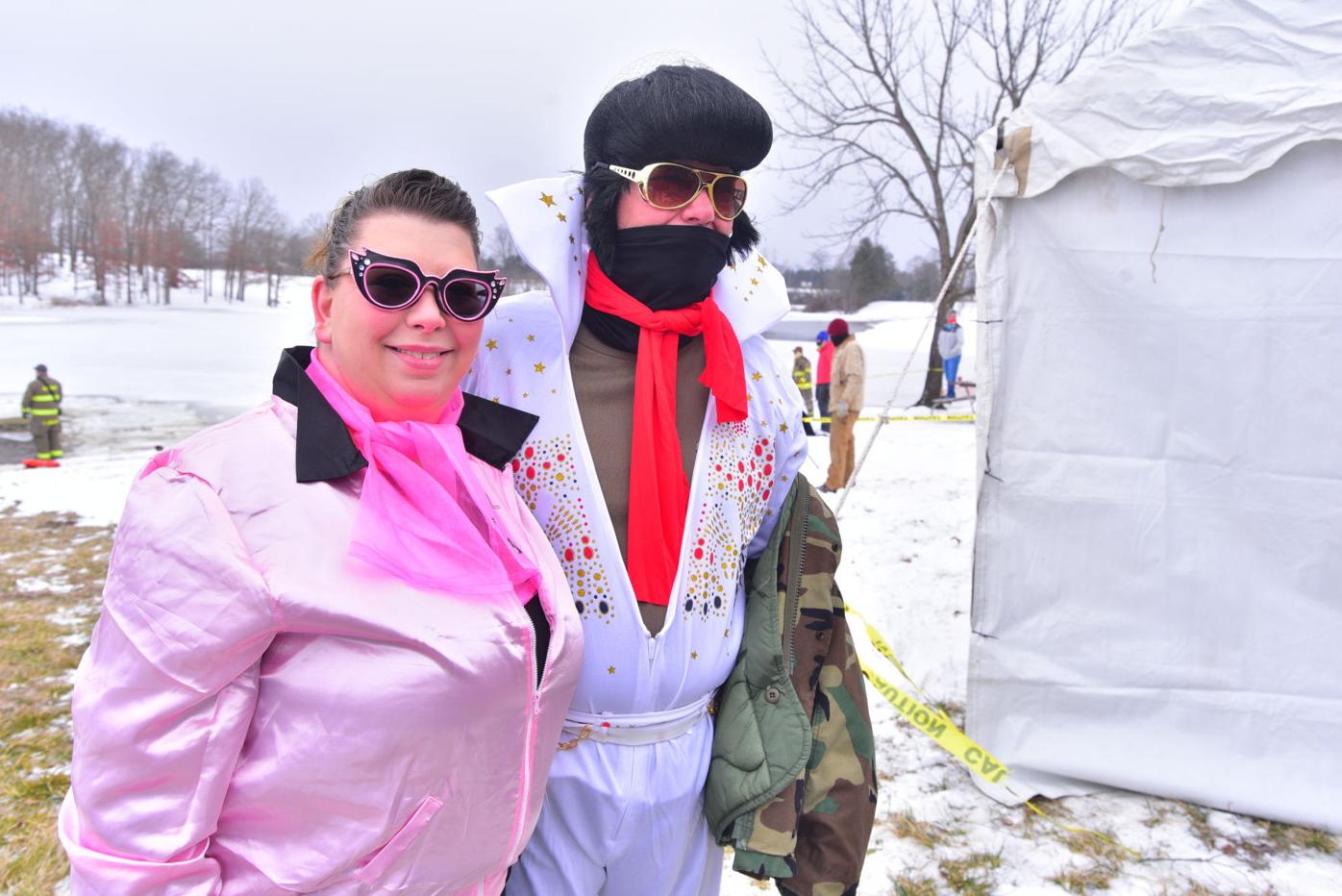 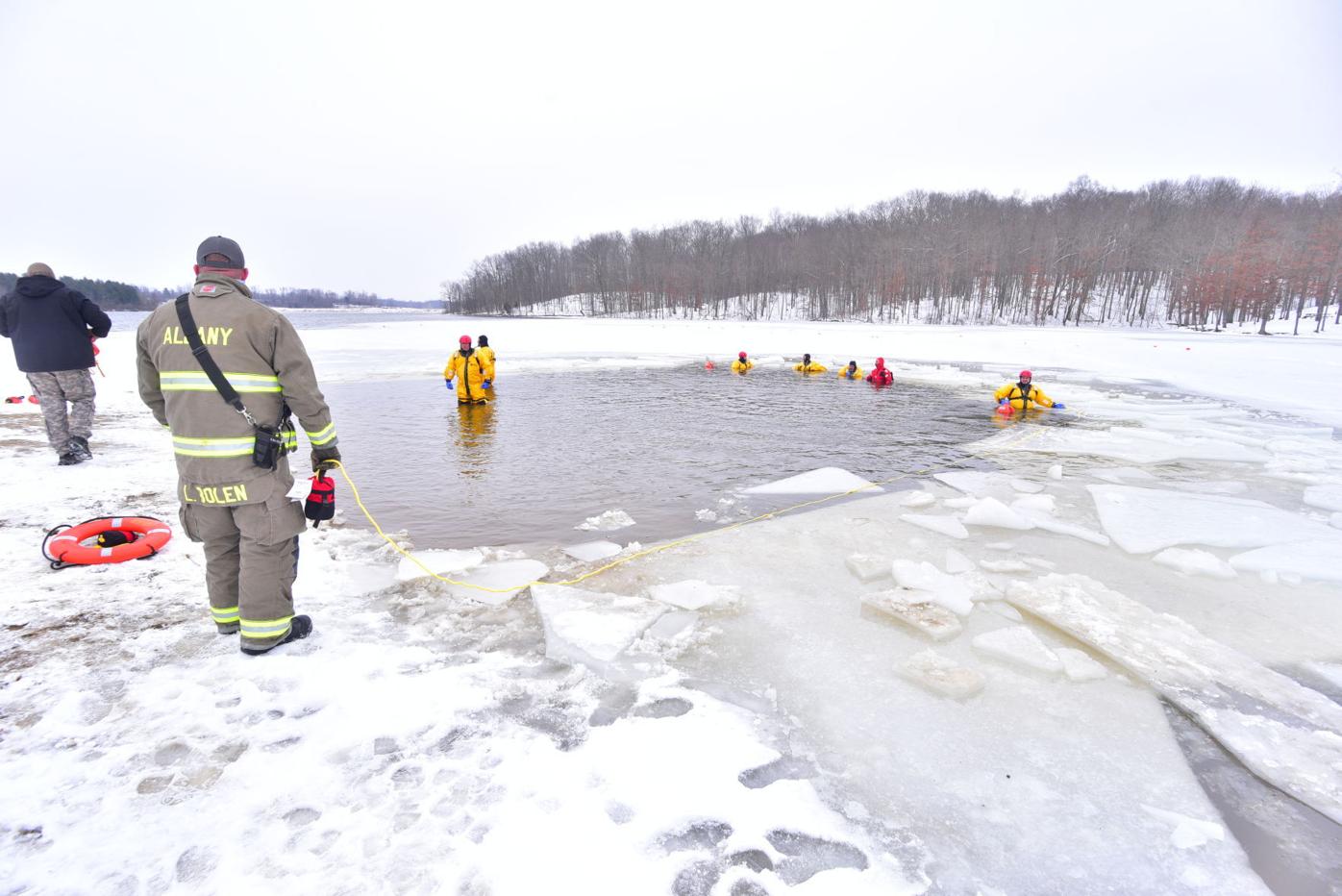 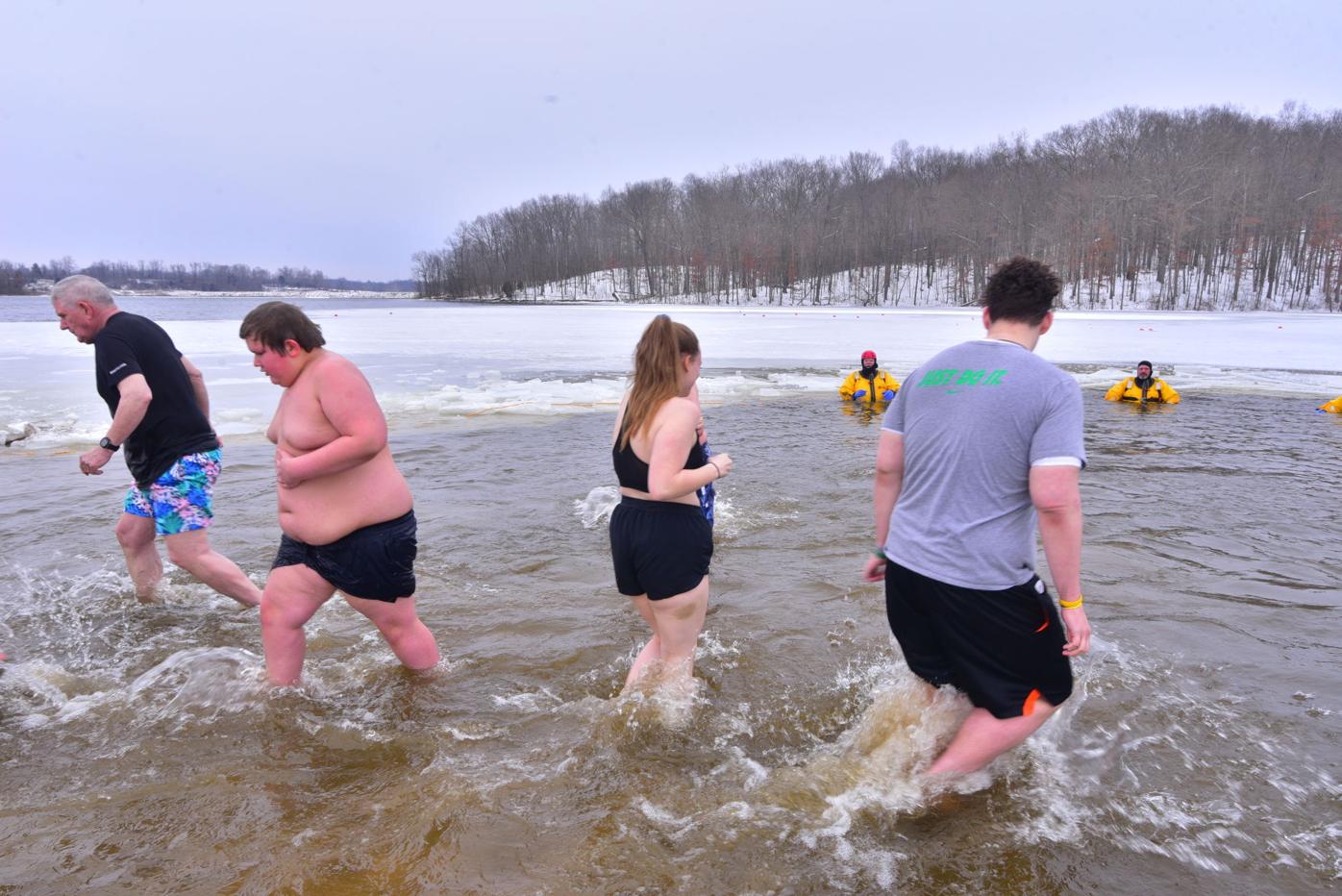 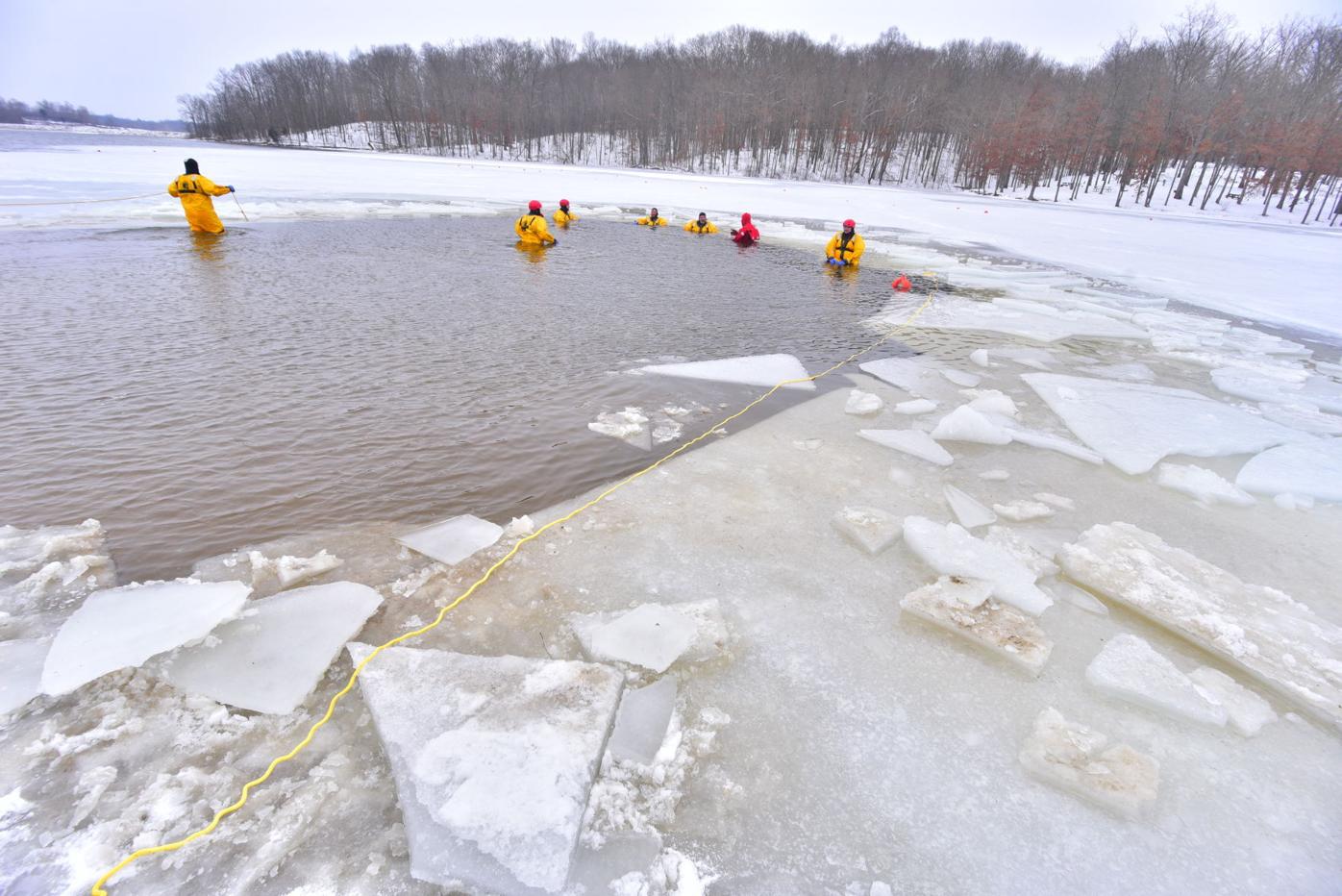 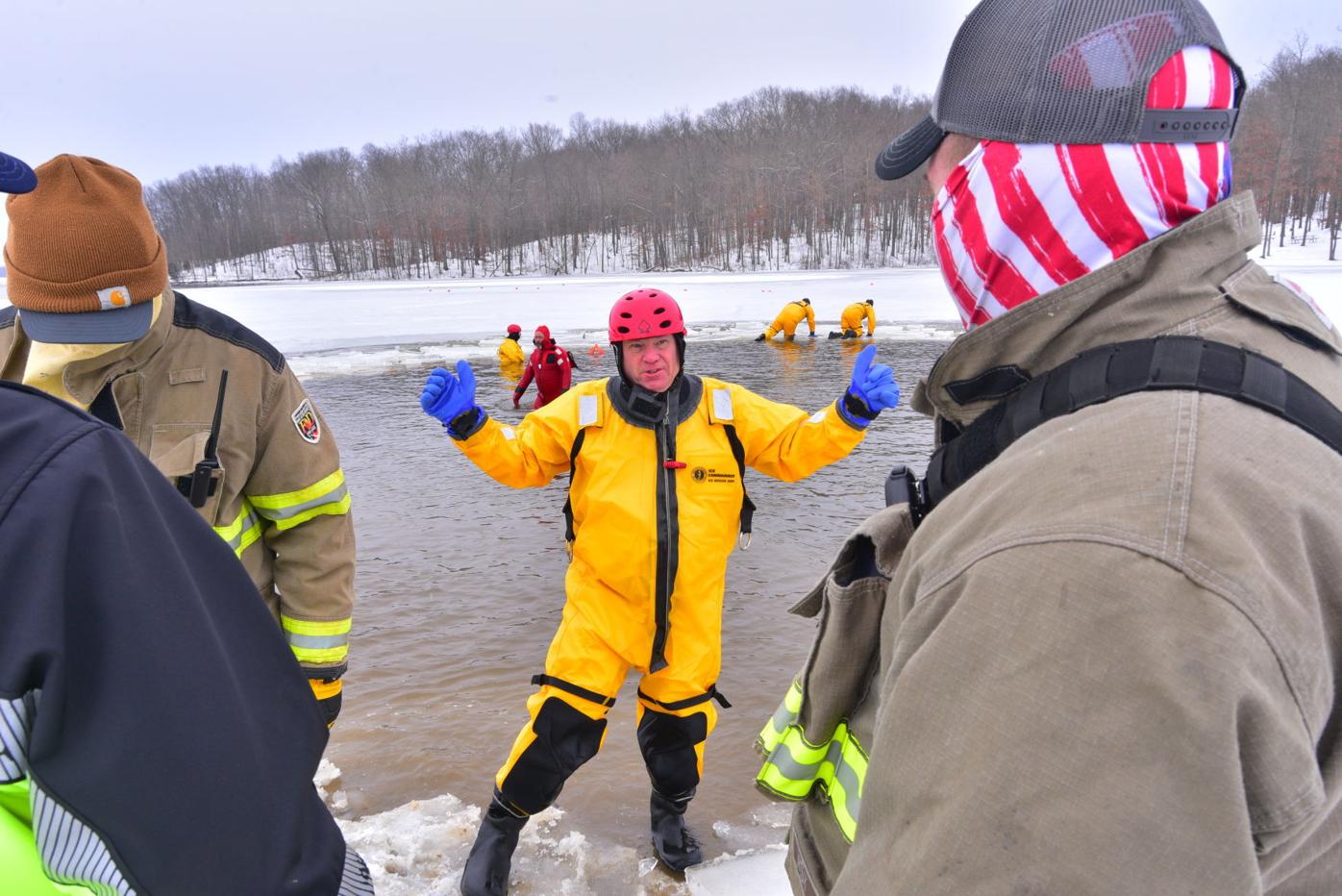 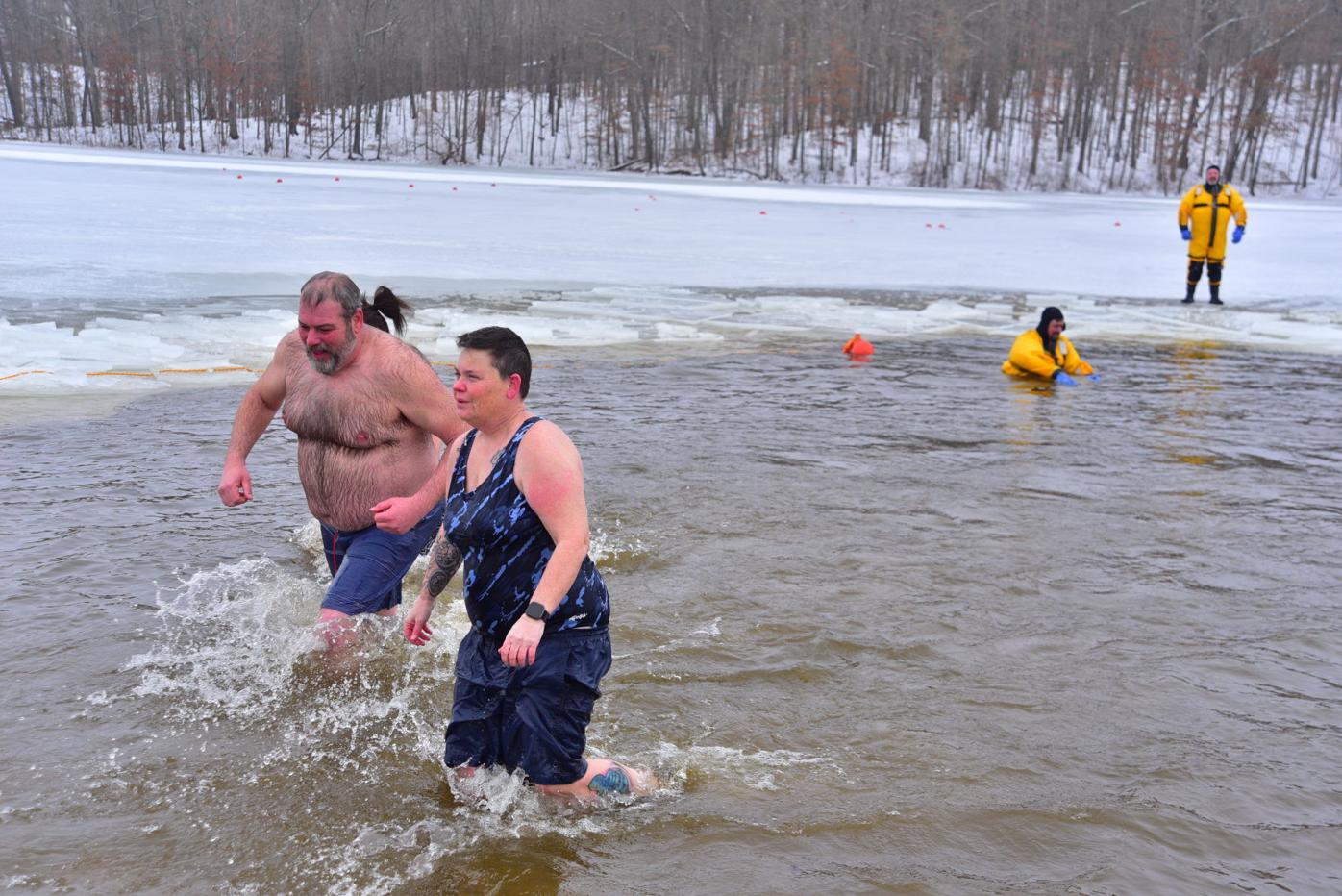 Even kids joined the plunge party.

People as young as age nine and as old as 80 jumped in – and immediately ran out – of the hole in the ice, six inches in some places, that firefighters from around Athens County had carved with chainsaws.

Johnson said his VFW chapter wanted to give back to the community that supports the veterans in their post.

“And because the community supports us so much in everything else, it’s only right for us to support the community.”

Bradley Clapp, 9, was the youngest plunger.

“I’m cold — and scared,” Clapp told the Athens Messenger before plunging into the water.

Teresia Tracey, 51, represented the Nelsonville VFW post during the plunge. She said it was her second time coming out and supporting the charitable causes by taking an icy dip.

“I think it’s a good cause and an awful lot of fun — and I think everyone should do it,” Tracey said.

She said it was colder than last year, but the adrenaline rush doesn’t make it so bad.

“At this age, you’ve got to find excitement somewhere,” Tracey said.

Beacon School Superintendent Kevin Davis said he was humbled by the outpouring of support the community shows to the school.

“We continue to be impressed and humbled at the amount of community support for this event and for the Beacon School PTA,” Davis said. “We either have a lot of adventurous people or a lot of caring people. But it’s probably a little of both. We truly live in the best county in Ohio.”

Although members of the Beacon Board did not attend due to coronavirus concerns, they look forward to attending next year, Davis said.

Representatives from the Pregnancy Resource Center took the dip

Rick Sirois, board member of the PRC and vice-commander of the Albany VFW, said he was excited to help raise funds.

Sharon Colvin, director of client services for the PRC, said she only dipped her feet into the water.

“I’m a wimp and I did one foot,” Colvin said. “Maybe you could say I’m the one with wisdom. But this is true sacrifice for the cause.”

Sirois said coming out of the water was the worst part.

“It was good coming in, cold coming out,” he said. “The initial realization, ‘why am I doing this?’”

Multiple fire brigades from around the county stood in the water in warm suits and Athens County EMS was on standby for any emergencies.

Fire fighters stood on standby in cold water suits, wading through the water and sliding across the ice.

Bolen said in past years, groups have tried to do challenges to see who could stay in the water the longest, but they had to nix that this year because of how cold the water was.

“We enjoy it every year, we have a good time,” Bolen said. “It’s amazing how many people will jump in this water. It really is.”

Bolen added he appreciated what the VFW was doing for the community.

“We really appreciate what the VFW does with this, it goes to a great cause,” Bolen said.