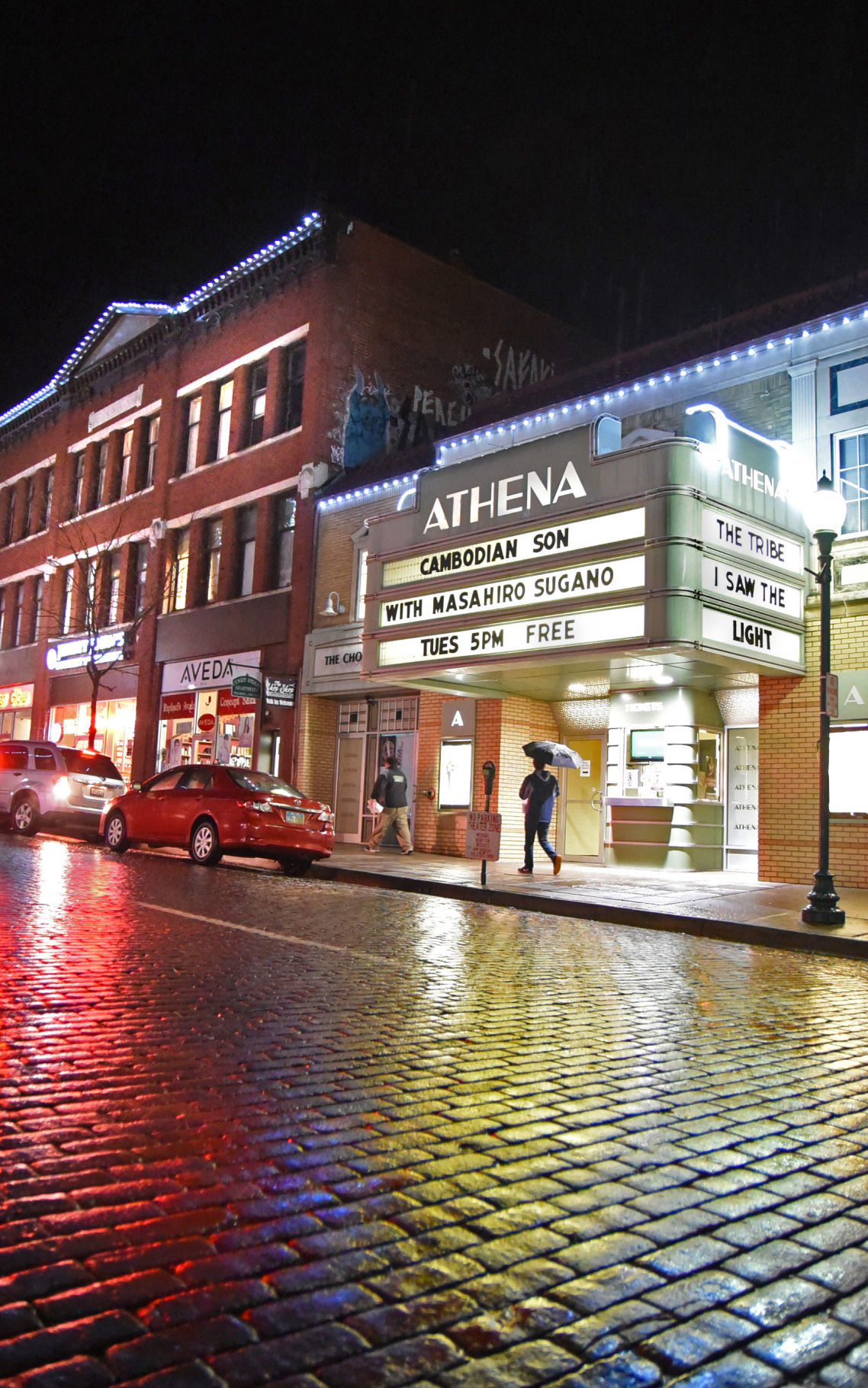 Court Street is known for its brick surface. It comes alive when wet, reflecting colorful lights. 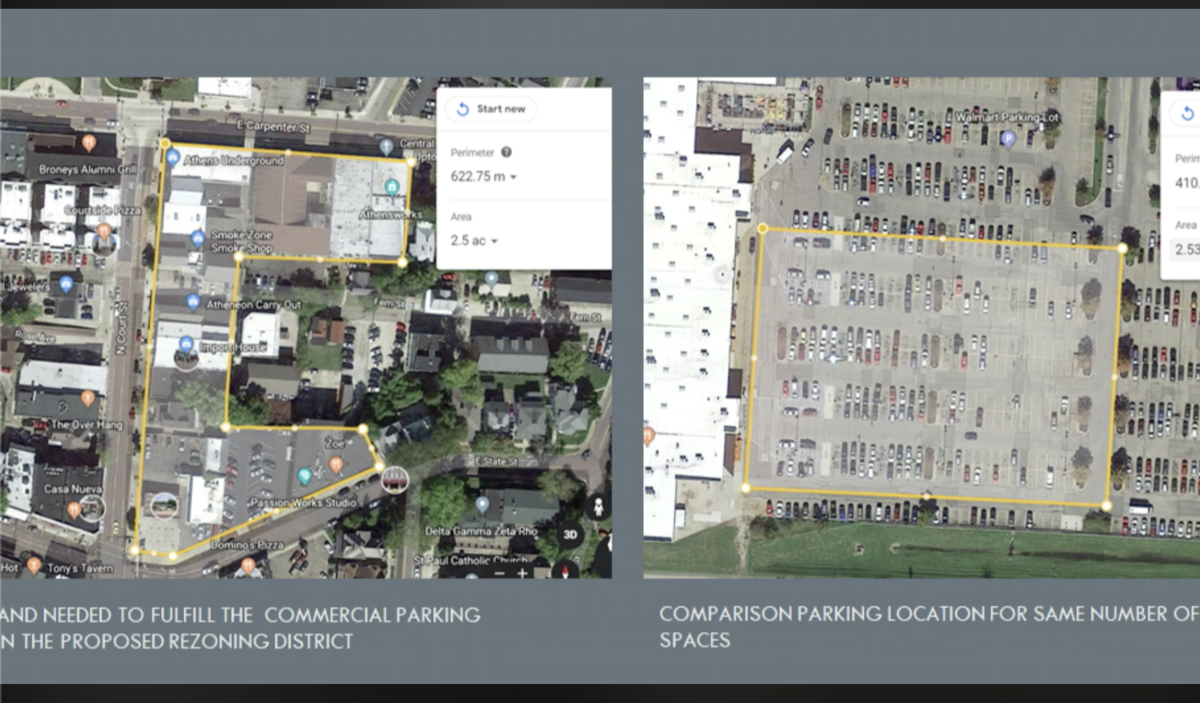 Here is a rendition of what parking square footage would be required if the B3 zoning were to be fully enforced on North Court Street, created by city planner Paul Logue.

Court Street is known for its brick surface. It comes alive when wet, reflecting colorful lights.

Here is a rendition of what parking square footage would be required if the B3 zoning were to be fully enforced on North Court Street, created by city planner Paul Logue.

Note: This story appears in the Wednesday, Dec. 4 newspaper on Page A1.

The northern end of Court Street has been given a new zoning from Athens City Council.

The matter was approved, with five members in favor and two, Sam Crowl and Patrick McGee, dissenting.

City Planner Paul Logue started the conversation Monday night about the proposed changes, detailing the parking requirements for businesses in the stretch of Court from East State Street to Carpenter Street. This area is zoned as a B3 zone, general business. The council voted to change it to a B2D zone, the same as the rest of Court Street.

Council member Chris Fahl, who introduced the measure, said the changes would change it from a suburban type of zoning to a more urban zone.

This will lessen the amount of parking spaces each business is required to maintain, and will also allow for businesses to create shared parking agreements, using the same parking spaces for different businesses.

Logue noted that many of the businesses located in the stretch are already “grandfathered in” and as such don’t meet the parking requirements for a B3 zone. He said to implement the required parking spaces would take up almost a full block of the street.

“As you can see, the parking required for that B3 area is about 504 spaces,” he said. “Then I looked at the number of current parking spaces that are required, and whether there was a variance that exists for that use, whether they are grandfathered in, and whether they meet the current requirements ... by my calculations, including the Athens Armory ... there’s about 150 parking spaces that are currently existing in that zone.”

About 384 spaces would be needed to fill that deficit, if the zoning had not been changed.

Joan Kraynanski, a former Board of Zoning Appeals member, spoke to council about her continued concerns that this zoning change would eventually push motorists to park in the residential areas surrounding the northern end of Court Street.

“It’s a B3 because it’s adjacent to neighborhoods,” she explained, noting this as the reasoning on why it had not been changed while she had served on the BZA. “I think the concern is that we’re going to have more apartments, which means more congestion.”

Another ordinance was passed that also made changes to city metered parking. Council Member Sarah Grace introduced it, and explained that it will move accessible parking spaces to the lowest prices — 50 cents an hour. In addition, it changes the meter enforcement times back to 7 p.m., instead of 8 p.m. which it had been changed to last year. Prior to that, enforcement ended at 6 p.m.