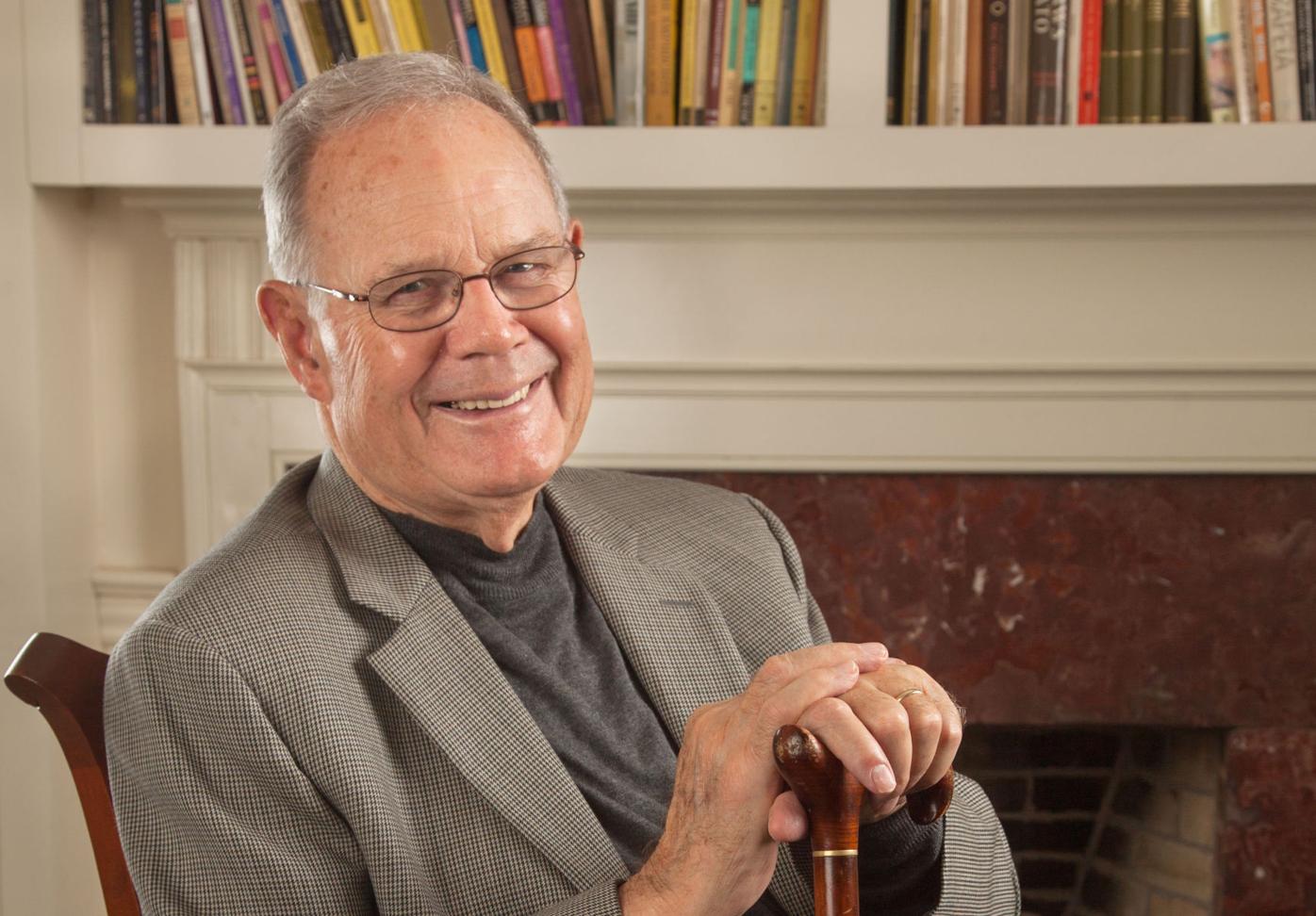 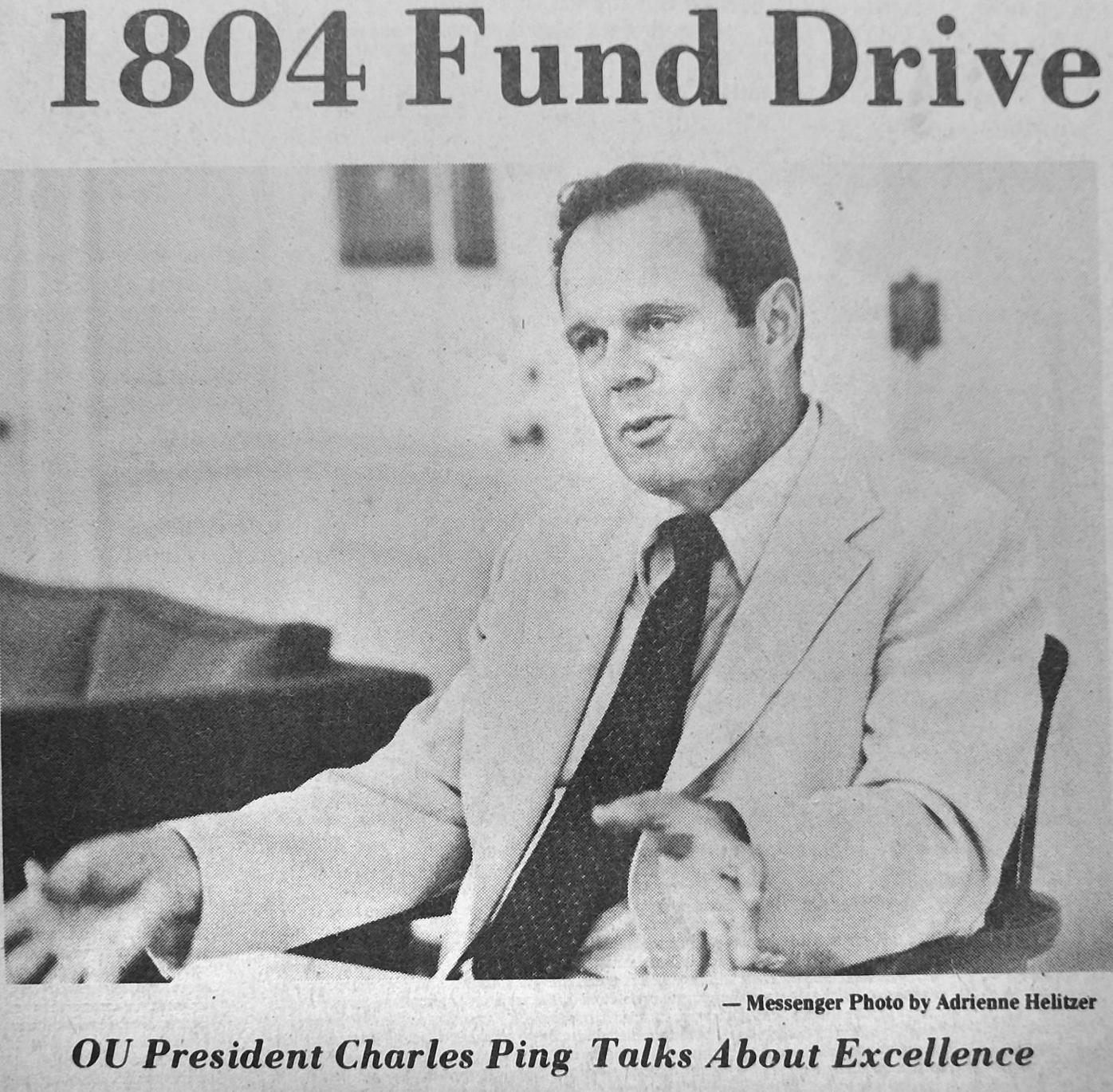 Left: Frisch’s Big Boy on West Union Street (where BW3 is now). In 1967 soup was 30 cents. I’ve been told, they had the best strawberry pie ever with large whole strawberries on top.

Left: Frisch’s Big Boy on West Union Street (where BW3 is now). In 1967 soup was 30 cents. I’ve been told, they had the best strawberry pie ever with large whole strawberries on top.

Former Ohio University President — and great visionary for the university, dedicated to the humanities and international relations — Charles J. Ping died Tuesday evening in his sleep, according to his obituary.

He was 91. Ping led Ohio University for nineteen years from 1975 to 1994, shepherding the school through a tumultuous financial situation.

“As we mourn the loss of Charles Ping, we also celebrate his enormous contributions to Ohio University,” Sherman said. “In addition to his vision of what Ohio University could become, and his dedication to the humanities, he will be remembered most dearly for who he was — compassionate, loving and respectful of all. He deeply loved our students, his colleagues and our community.”

Ping arrived on campus to an institution with great potential but in deep turmoil from a severe decline in enrollment and a critical financial situation, according to The Ping Institute’s website. In 19 years he led Ohio University to its highest enrollment (25,000), and a budget of $240 million. He also arrived at an institution in deep turmoil from Vietnam-era student protests.

“Our financial situation was so dismal that we didn’t have financial resources to even undertake a campaign. To take on a campaign of that magnitude… if it was not successful, imagine the impact of a failed campaign. It took a lot of courage to undertake something like that,” Ellis said in a statement.

Ping was also known for his gentlemanly demeanor. Ellis said he attributed much of Ping’s success to his character as a man.

“He was a man of great character, strong character,” Ellis said in a statement. “He was a very fair individual. He tried to surround himself with a staff of people that he had confidence in that could run their particular operation, and he kept informed as to what was going on, but he did not interfere.”

“Charlie was a great boss, an admired mentor and colleague, and a very dear friend.”

In a statement, OU Distinguished Professor Emeritus John Gaddis, who founded the Contemporary History Institute and is now a professor of history at Yale University, summed up Ping’s legacy succinctly: “Charles and Claire Ping rebuilt a university.”

Ping worked diligently to increase the then-low rate of enrollment at Ohio University with a focus also on student retention, a release said. He established new academic programs including sports administration, international business and remote sensing.

Ping also created the tier general education system for undergraduate students to give each student a well-rounded learning experience over a broad range of subjects.

With the rate of enrollment steadily rising, Ping oversaw some additions and renovations on campus. During his presidency, the Aquatic Center was built, Peden Stadium was enlarged, state-of-the-art equipment was provided for the E.W. Scripps School of Journalism, and construction began on the Charles J. Ping Student Recreation Center, according to the release.

Robert Glidden, the Ohio University President who succeeded Ping in 1994, said in a statement Charles Ping was a “great man and a great president for the university.”

“He assumed the presidency during a time when the University was at a low point in its history, and in the early part of his 19-year tenure he successfully restored financial stability and gave the institution solid academic governance,” Glidden, who succeeded Ping as president in 1994 said. “Charlie was a perfect gentleman. We always had a very good relationship, and I very much valued and appreciated what he did with the Cutler Scholars Program and his relationship with many of our important alumni during his post-presidential years.”

After retiring from his presidency in 1994, he continued to teach at the Charles J. Ping Institute for the Teaching of the Humanities, the release said.

Dedicated to ensuring that history, philosophy, languages and other fields in the humanities are available to all, the Ping Institute includes three named professorships as well as fellows that serve three-year terms to encourage the flow of new ideas, according to the release.

Distinguished Professor Emeritus Tom Carpenter, the first Charles J. Ping Professor of Humanities, said in a statement that Ping was dedicated to ensuring that every student had a background in the humanities.

Before coming to Athens, Ping had been the Provost of Central Michigan University, and before that he was the Dean and Acting President of Tusculum College, his obituary reads.

Ping was educated at Rhodes College in Memphis, the Louisville Theological Seminary, and Duke University, where he received his PhD in Philosophy.