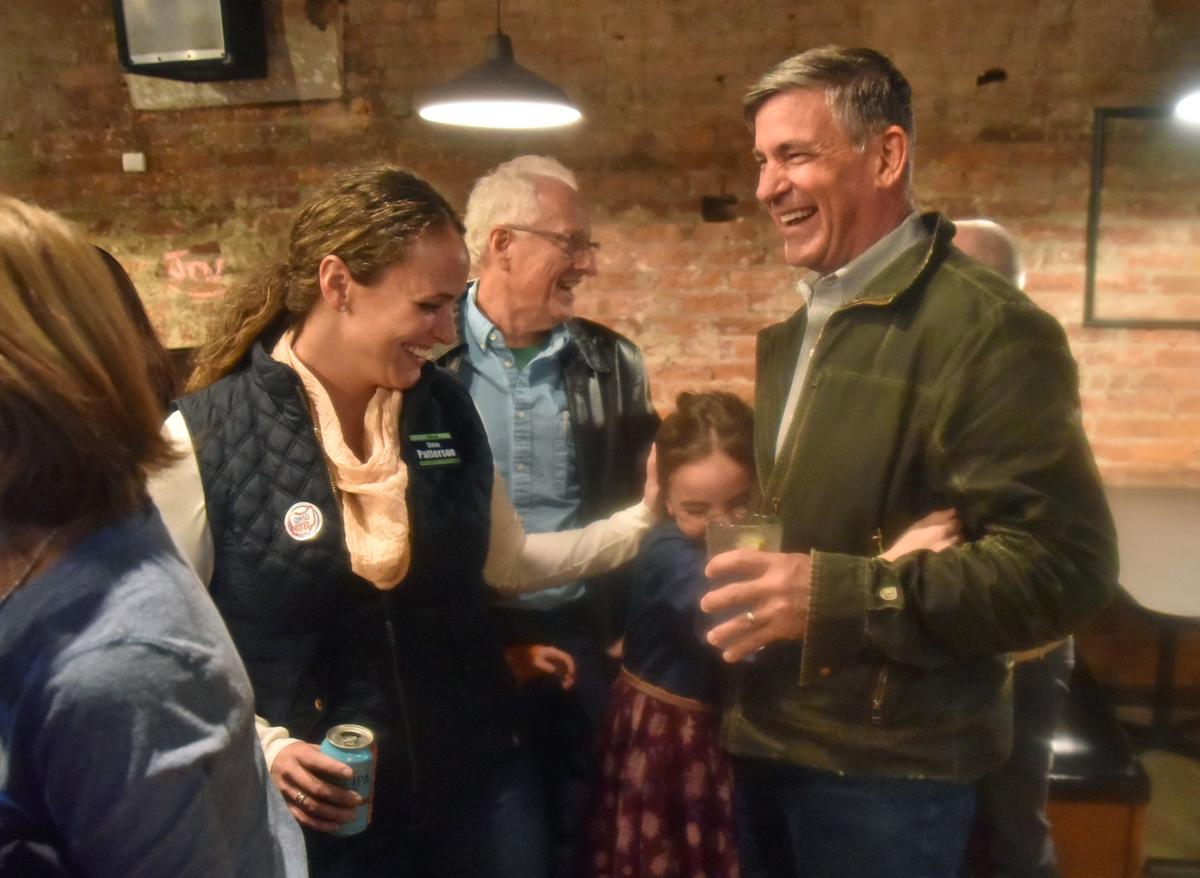 Steve Patterson gets a warm reception from his family and friends upon learning of his re-election as mayor of Athens. 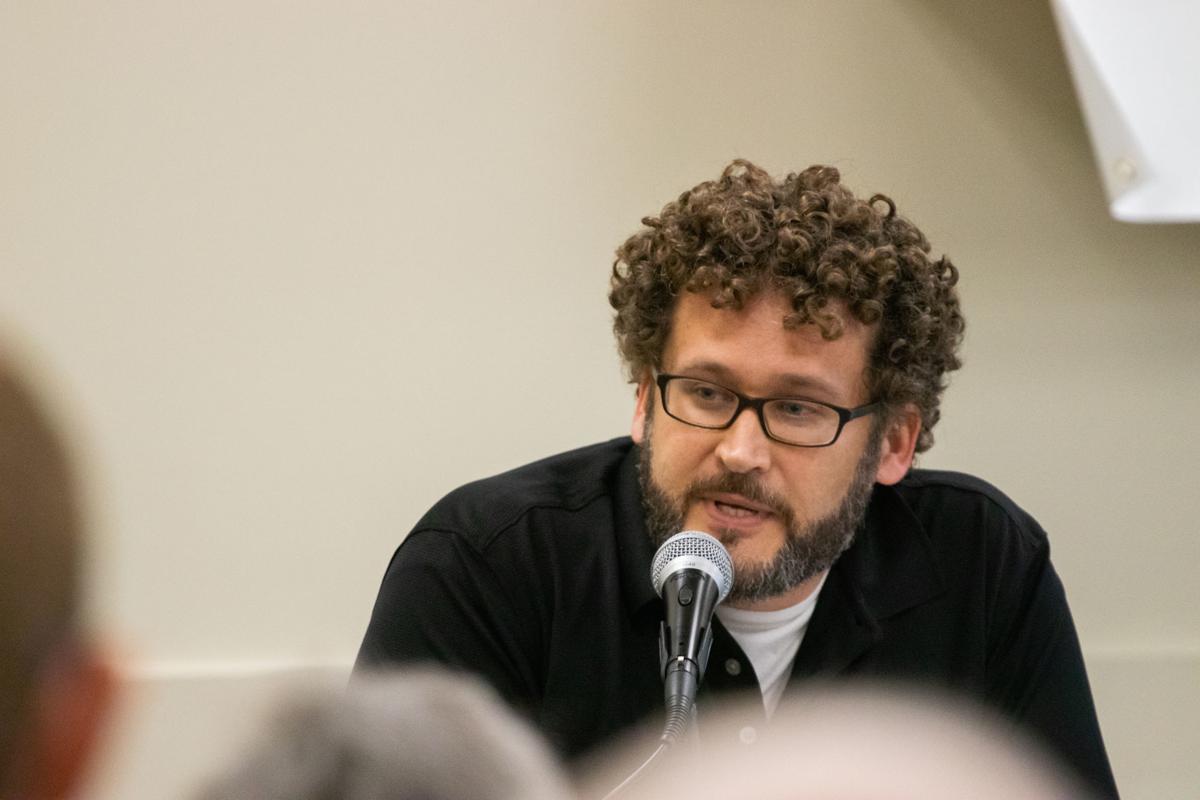 Damon Krane was an independent socialist candidate for mayor.

Steve Patterson gets a warm reception from his family and friends upon learning of his re-election as mayor of Athens.

Damon Krane was an independent socialist candidate for mayor.

Note: This story appears in the Wednesday, Nov. 6 newspaper on Page A1.

Steve Patterson has been re-elected to a second term as mayor of Athens.

The Democratic incumbent defeated independent challenger Damon Krane by a wide margin — 2,075 votes to 571, according to unofficial results provided by the Athens County Board of Elections on Tuesday evening.

Patterson’s victory follows a bruising challenge by Krane, a local food truck owner and leader of the Athens Mobile Vending Association who made tenants’ rights a focal point of his campaign. Krane, a democratic socialist, repeatedly attacked landlords and had sought to tie Patterson to monied interests that the challenger said were not aligned with local residents’ needs.

Patterson campaigned on his own experience in office as mayor and as a former councilman, pointing to his track record in suggesting what residents can expect for another four-year term.

“I have to say that I am overwhelmed,” Patterson told The Messenger on Tuesday night. “Getting 75 percent of the vote in the city of Athens certainly makes a statement of who the people see as being the most qualified to carry on for the next four years, and hopefully beyond.”

Patterson had run unopposed in his first campaign for mayor in 2015.

“I think my daughters were more nervous than I was,” Patterson confided this time around.

Patterson has touted plans to increase economic development in the city by enticing technology companies to settle in the area, as well as expansion of developments in the city limits.

Krane centered his campaign on an aggressive platform he dubbed “Operation Slumlord Smackdown,” which called for strengthening and enforcing the city’s Housing Code along with instituting local rent control. He argued that stricter and more frequent rental inspections would lead to better living conditions; the fines collected from these inspections were to go toward local development, Krane proposed.

While the attention Krane and other local candidates drew to tenants’ needs led to action being taken by City Council, it was apparently not enough for him to unseat the sitting mayor.

“I think what was at stake (in this election) was very clear,” Krane told The Messenger on election night. “Steve was so obviously the candidate of big money, of big landlords, of the county Republican party, and in a city where 80 percent of people rent, for Steve’s margin of victory to be so large ... I think there’s a lot to learn from that.”

Krane said he is disappointed in the results, but “not crushed.” He said he may remain active in local politics and did not rule out another campaign in the future. He said this election cycle was a way to start a movement for socialist ideals amongst students and workers.

“We had to start somewhere, and unfortunately this is as far as we got in terms of the vote,” he said, adding that he hopes to look further into motivating residents to get out and vote.

The Democrats swept all three seats: Kotses, Grace and Clodfelter.

Kotses, the owner of Athens Bicycle, earned his third term on Council. He chairs the transportation committee and has championed improved mobility around town.

Grace will be entering her second term and advocated for sustainability and affordable housing during her campaign.

Clodfelter highlighted safety as a main issue during her campaign and has called for introducing more small business incubators to the city, proposing the Athens Armory building as a potential site.

Four other City Council candidates were unopposed in this election: Christine Burns Knisely as president of Council; Arian Smedley for Ward 1; Jeffrey Risner for Ward 2; Samuel Crowl for Ward 3; and Christine Fahl for Ward 4.