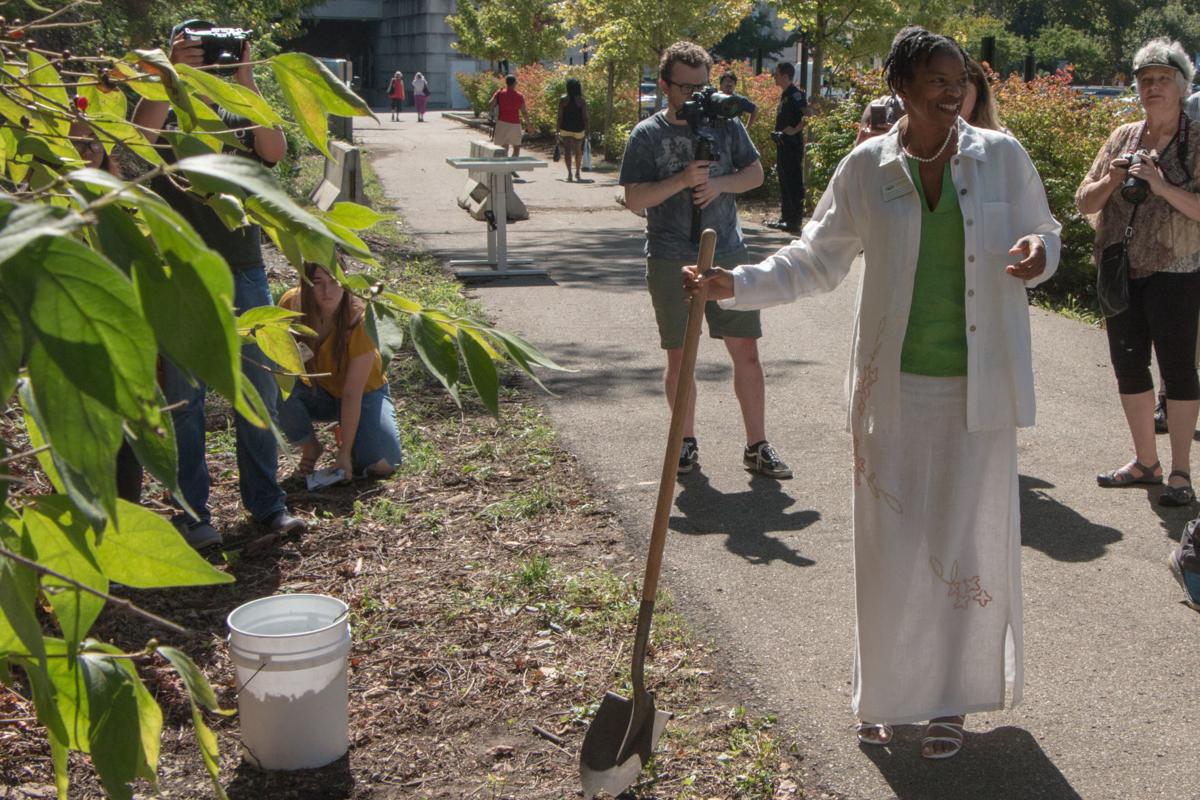 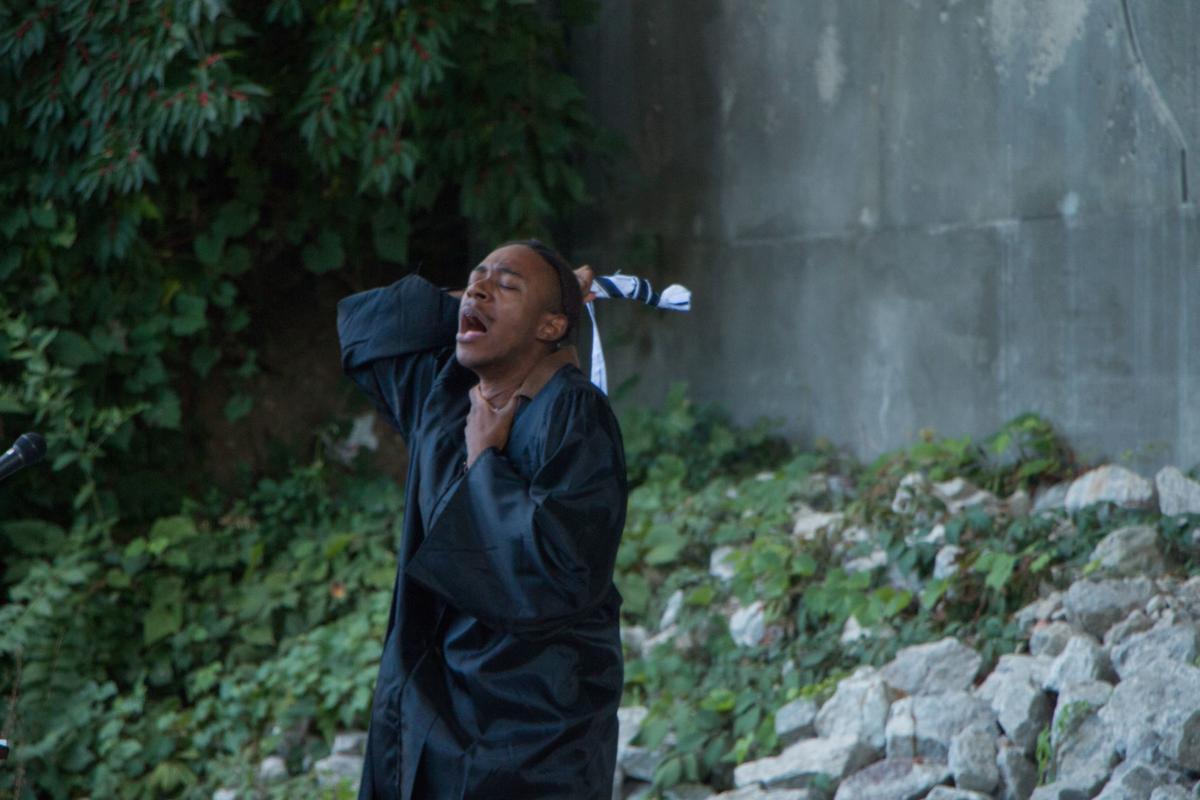 Note: This story appears in the Tuesday, Sept. 17 newspaper on Page A1.

Christopher Davis, an Athens County man who was killed in an 1881 lynching while awaiting trial on charges of rape and assault, was honored by several local groups Saturday in an Athens ceremony.

The event included performances by local artists, speeches by activists and politicians, and a soil collection ceremony, all meant to commemorate Davis’s life and to highlight the injustice of his extrajudicial killing.

Several of the day’s speakers emphasized the value of recognizing and coming to terms with the sins of the community’s past to help heal the scars of racial injustice.

Cherrie Hendrix, president of the Mt. Zion Baptist Church Preservation Society, used the concept of “Sankofa,” a Twi word from Ghana which means “it is not taboo to go back for that which risks being left behind,” to emphasize the importance of looking back on parts of history which risk being forgotten.

“As we move forward, we must not forget the critical lessons of the past,” Hendrix said.

Athens Mayor Steve Patterson echoed that sentiment when he spoke about the need to learn Davis’ story and to improve communication around racial issues.

Another common theme was the importance of the presumption of innocence and the American right to a fair trial — regardless of the prevailing public sentiments about a crime.

Tom O’Grady, development director at the Southeastern Ohio History Center, called the act a violation of the “laws of the land” and reminded those gathered that the incident is not a “black story” but an “American” one.

The Equal Justice Initiative’s Christopher Davis Community Remembrance Project organized the service with support from a number of area social justice and historical societies. The Davis lynching is one of 15 identified by the EJI to have occurred in Ohio between 1877 and 1950, and the only one known to have taken place in Athens County.

U.S. Sen. Sherrod Brown (D-Ohio) called the murder of Davis “one of the darkest and most shameful acts” in the state’s history, in a letter read by Sam Miller, a representative of his office.

The Athens Messenger published a detailed account shortly after the Nov. 24, 1881 lynching. Davis, 24, allegedly attacked an Albany woman for whom he was serving as a farm-hand and awaited trial in an Athens jail.

A mob of white men reportedly took the Athens County sheriff at his own home in order to steal keys to the jail. Later that evening, they broke into the jail and took Davis to what was then known as the Southside Bridge. After hanging Davis, the mob quickly dispersed — and none of them were ever held responsible for the killing.

“The point of an event like this is to bring the community together for a common cause and that’s America’s history,” said local historian Ada Woodson Adams. “This event is so important because (the lynching) happened here in Athens. What we are doing here is bringing injustices to light so that they can be justified.”

When the speakers finished, event coordinators led a group of the attendees to the spot of Davis’s death where people took turns collecting soil. The soil will be displayed with other such samples at the Equal Justice Initiative’s Legacy Museum in Montgomery, Alabama, as part of the group’s Community Remembrance Project.

Dr. Jennifaye Brown, chair of Ohio Unviersity’s College of Health Sciences and Professions, highlighted an oft-overlooked detail of Davis’ murder — the fact that his body was unearthed only hours after being buried in West State Street Cemetery and sent off to be used for medical research.

“I think his body being exhumed goes back to how we were treated in being transported as slaves,” she said of the time period. “We were objectified in order for a process to be successful — which was picking cotton — so now, in order for health to advance for the greater good they are still using us as just an objectified tool and not as a valuable human life.”

The ceremony began with a soulful rendition of “Strange Fruit” by Billie Holiday performed by Sherrell Arocho and a dramatic interpretation of the events of Davis’ death performed by Keziah Waters and written by Elijah Bowmen and Patricia Thomas.

After the soil collection, Athens Poet Laureate Kari Gunter-Seymour delivered an original poem and musician Joann Wolfe sang the gospel hymn, “His Eye is on the Sparrow.”