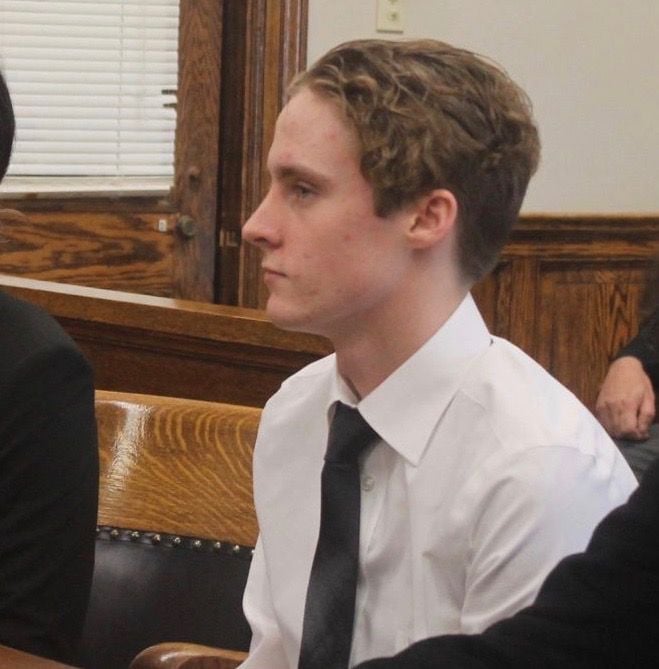 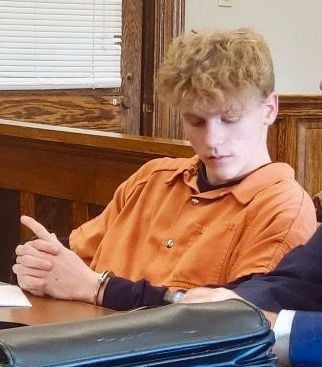 The sentencing for Jaden Churchheus and Jordan Buckley, both 17 years old, and who both admitted to the manslaughter charges, took place during two separate hearings at the Hocking County Courthouse in the morning and afternoon on Friday. The two teens were each sentenced to at least three years’ incarceration with the Ohio Department of Youth Services, with credit for time served, and with a maximum term not to extend beyond their 21st birthdays.

Both were also found to be youthful serious offenders under Ohio law, and as such were given prison terms of at least three and up to four-and-a-half years. Imposition of this sentence was postponed until after the defendants successfully complete the juvenile portion of their sentences.

Schafer, 44, was taking photos at the foot of the stairs at Old Man’s Cave in Hocking Hills State Park on Sept 2, 2019. Buckley and Churchheus have admitted pushing a log, which weighed 74 pounds, off a cliff at the top of the stairs; it struck Schafer, killing her.

Buckley was accompanied by his attorney, Andrew Grillo. Senior Assistant Attorney General Anthony Pierson was also present for both hearings. Pierson stated that Buckley and Churchheus admitted to involuntary manslaughter as part of the plea agreement made in common pleas court.

Churchheus was accompanied by his attorney, Ryan Shepler, for his hearing in the afternoon.

Both hearings went very similarly as both Churchheus and Buckley were read their rights by Juvenile Judge Jonah Saving. Both the juveniles admitted to the involuntary manslaughter charges.

Pierson stated to the court that the friends and family of Schafer wished to make statements during the hearings. Fritz Schafer, the victim’s husband, came to the podium first to make his statements.

“‘I can’t imagine what you are going through.’… that is what people say to me,” he told the court.

Schafer described how devastated he was when he heard that his wife of over 20 years had been killed. He described the pain he and his family went through after his wife’s death.

Fritz Schafer was told a couple of days after his wife’s death that it could not have been an accident. He added that once Buckley and Churchheus were “caught,” the information conveyed to him about the pair was unsettling.

“When they were caught, the information we received about these teenagers was very disturbing,” Fritz said. “Such as, they showed no remorse at all.”

Fritz recounted memories of his late wife which included raising four children and having a passion for photography. He also described her work ethic and how happy she was working as a human resource executive as well as a business owner.

“I don’t think you or any other 17-year-old can really have any idea what you are apologizing for,” he said. “Even people I know who have been married for a long time… say to me, ‘I can’t imagine what you are going through.’”

Schafer’s father as well as mother made statements to the court and described how heartbroken they are knowing their daughter is gone from their lives. Catherine Muth, Schafer’s sister, was very emotional when describing how much she misses her.

Along with members of the victim’s family, three high school seniors who were with Schafer the day she died recounted how traumatizing the incident was for them individually. One stated that she has nightmares about the events on Sept. 2 and is fearful to go hiking now.

Both Churchheus and Buckley apologized to the victim’s family and stated that they will take this opportunity to better themselves for the future and become contributing members of society.

Buckley and Churchheus were both charged with murder, a category one offense for a juvenile; involuntary manslaughter, a felony of the first degree; and reckless homicide, a felony of the third degree.

On Sept. 25, the original murder and reckless homicide charges for both juveniles were dismissed as part of a plea agreement.

Aleksei Pavloff is a reporter for the Logan Daily News