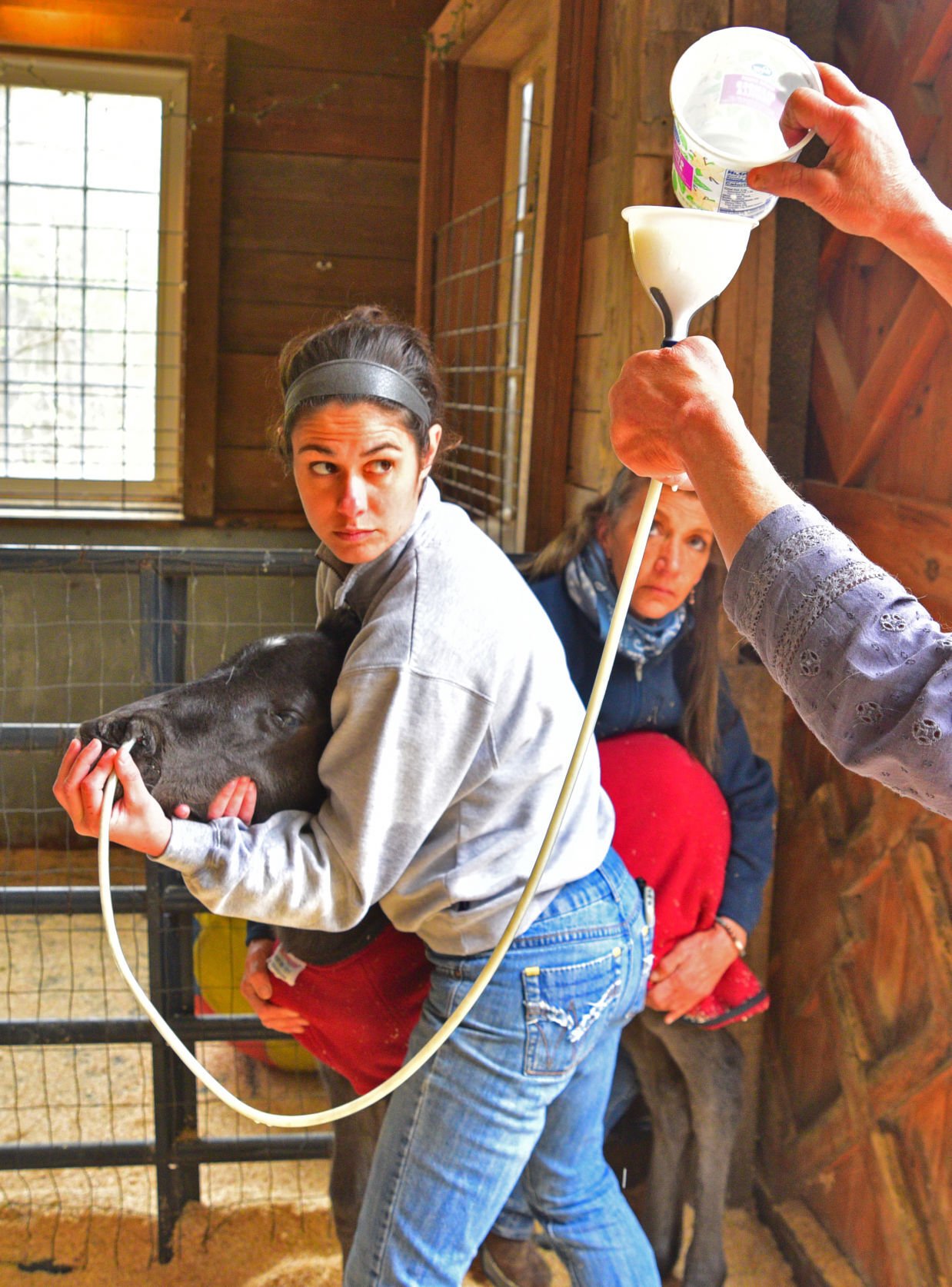 Employees Annie Demuth (front) and Michelle Damiani (behind) help to feed a foal who is refusing to eat. 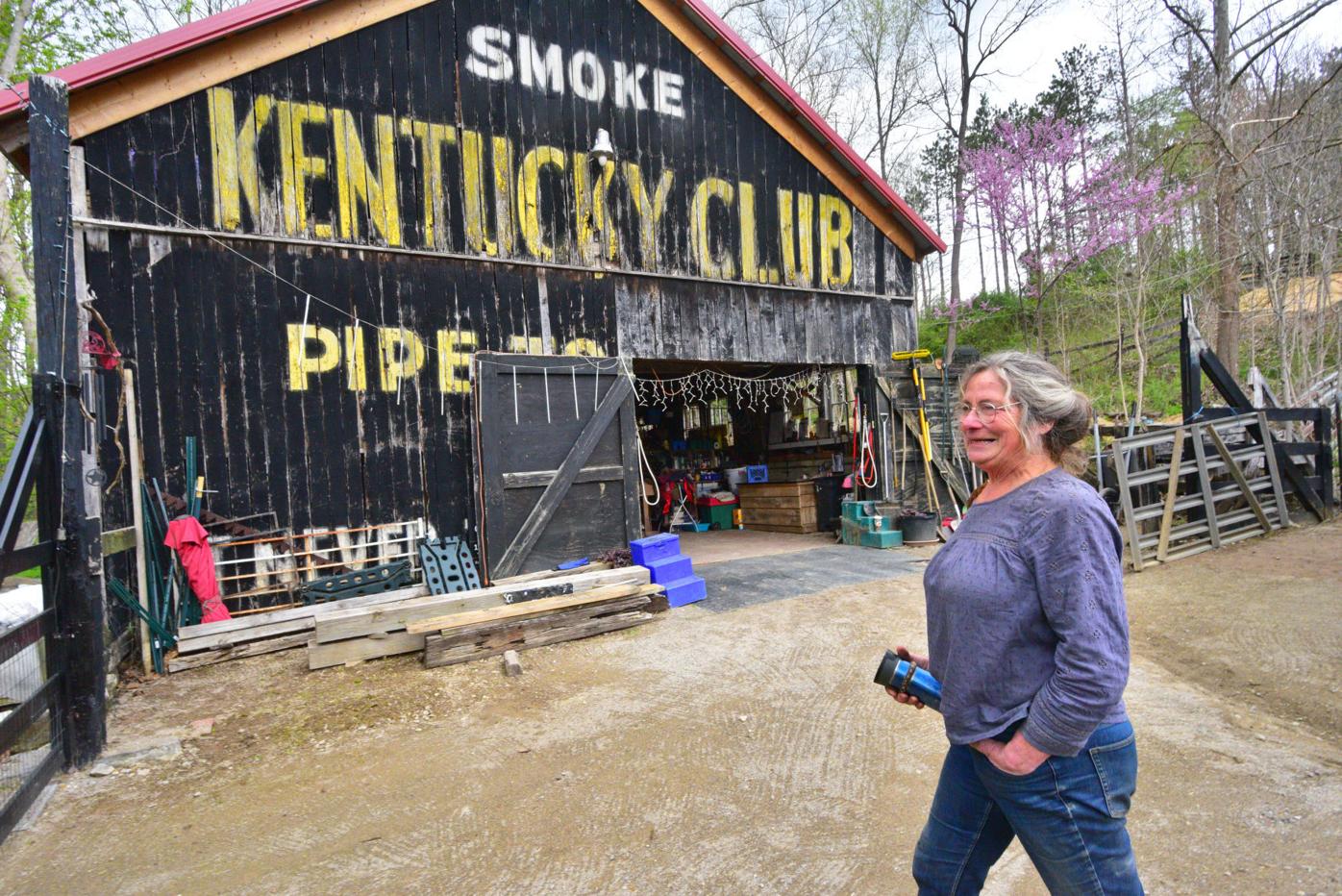 Victoria Goss in front of the barn that was destroyed in 2019. 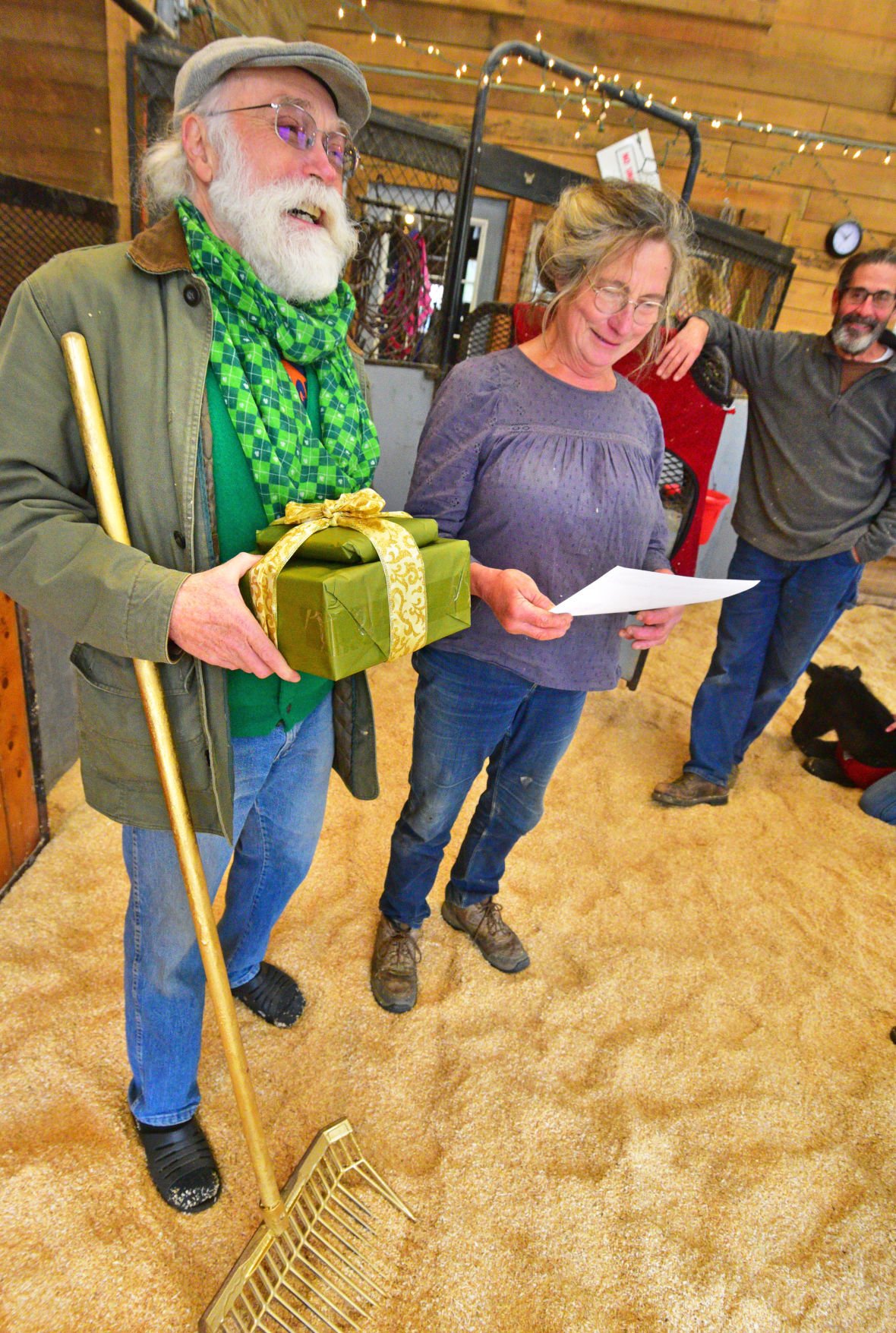 Pat McGee receives his “golden” rake for being Volunteer of the Year. 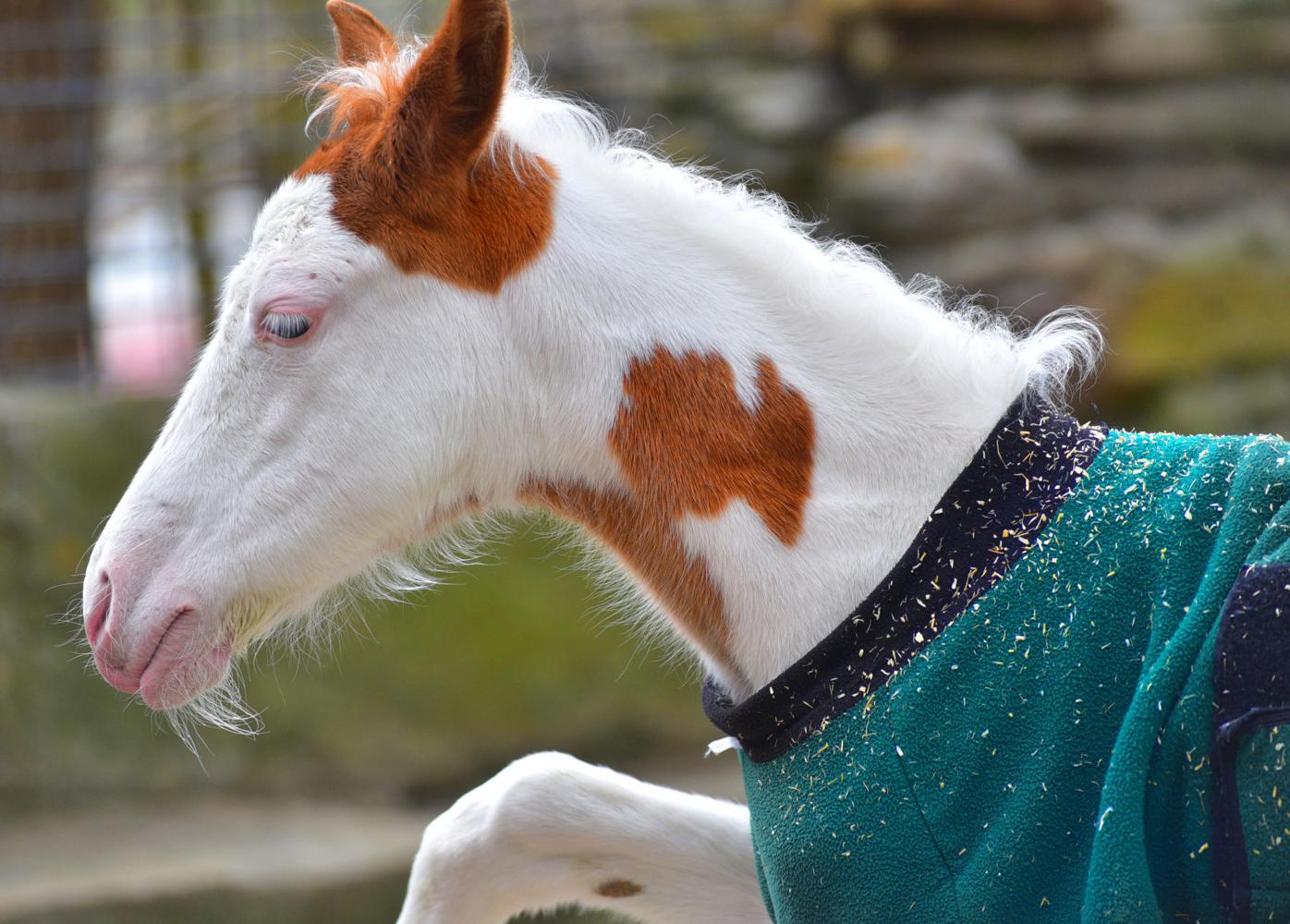 A young foal at Last Chance Corral. The foals typically don’t stick around too often, as they are quickly adopted.

Employees Annie Demuth (front) and Michelle Damiani (behind) help to feed a foal who is refusing to eat.

Victoria Goss in front of the barn that was destroyed in 2019.

Pat McGee receives his “golden” rake for being Volunteer of the Year.

A young foal at Last Chance Corral. The foals typically don’t stick around too often, as they are quickly adopted.

Just three short years ago, tragedy stuck Last Chance Corral, when the historic Mail Poach Tobacco barn was hit by a large tree that smashed through the roof, damaging the structure but miraculously sparring all life inside. In 2020, the foal rescue faced more hardships, as it was forced to contend with the pandemic and minimize its workforce. Today, the Corral shows zero signs of disaster and is brimming with new spring life.

Last Chance Corral (LCC) is a nurse mare foal rescue, meaning that it rescues the young foals born of the mare primarily utilized by racehorse breeders to nurse the foals of the racehorses, thus allowing them to quickly get back to training. For the nurse mare to have the needed milk, they must first have their foal.

“The foals are considered a byproduct of the industry, and once it is born; its purpose has been served,” LCC states on its website. The foals are disposed of in different ways depending on the breeder, and sometimes involve the foal being killed. According to LCC’s website, whether or not this process is legal doesn’t matter – it still happens. That is where Victoria Goss steps in.

Goss is the owner and operator of LCC. She takes in these cast-off foals, strengthens them up, and puts them up for adoption. The foals she rescues can be as young as one day old.

The young age of the foals makes them delicate, especially the premature born foals LCC gets on occasion. To ensure the health of each foal she receives, Goss works closely with Dr. Stacey Rourke, DVM at Guardian Animal Clinic in Athens.

“I’m blessed with having my vet here twice a day,” Goss said. Rourke has been working with Goss since she was 15 when she served as an apprentice at LCC. “(She’s a) hell of a horsewoman and a great vet.”

Aside from the visits from Rourke, Goss is assisted at LCC by two employees, Annie Demuth and Michelle Damiani. In non-COVID times LCC is also staffed by volunteers, including longtime Athens lawyer Pat McGee, who LCC named its Volunteer of Year, bestowing upon him a “golden” rake to muck stalls with.

McGee said that he volunteers at LCC because he not only loves horses but feels that the work is almost meditative and gives him something to do in his retirement.

At the beginning of the pandemic in 2020, Goss was at a loss for what to do with her volunteers.

“COVID hit, and I was going to have to let everybody go, and I didn’t know what I was going to do here by myself,” Goss said, stating that she is frequently gone due to trips to Kentucky to pick up foals.

Demuth told Goss that she would stay on at LCC and quarantine with her to keep the Corral going.

The answer to her problem is one of many examples of how Goss says the universe provides.

“I good at willing things,” Goss said. “I stand out on my porch at night and I talk to the sky and the stars and the moon, and tell them what it is that I need – not for me, for this (LCC).”

Goss described another instance of her “willing” something into existence, her truck. When her old vehicle died she asked for a truck for three or four days. She then received a phone call from a man in Columbus who had read about her online. He inquired what she needed at LCC, to which she replied, “a truck.”

“He said, ‘Okay, my daughter will be down with a check in the morning,’” Goss said.

This perspective of the universe providing fits in with Goss’s general outlook on life and seems to extend to LCC’s employees, with Damiani stating that “it’s a privilege” to be a part of the work at LCC.

“I believe everyone is honor-bound to do something better with their lives than pursuit of the all-mighty buck,” Goss said. “And since horses was what I knew, I decided to help the horses.”