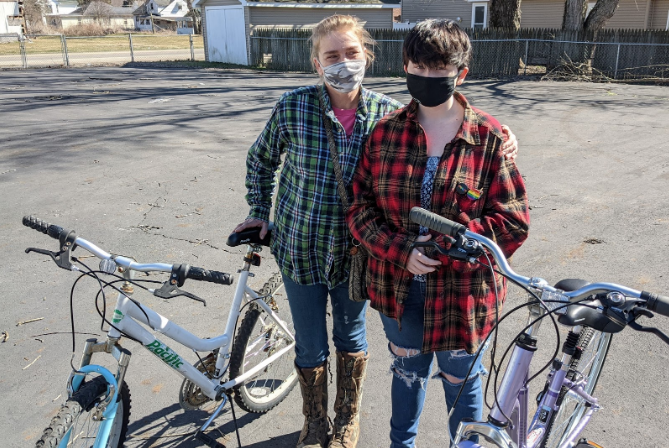 Young Chauncey residents pose with their new-to-them donated bicycles at the Re-Cycle event in Chauncey on Saturday, March 6, 2021. 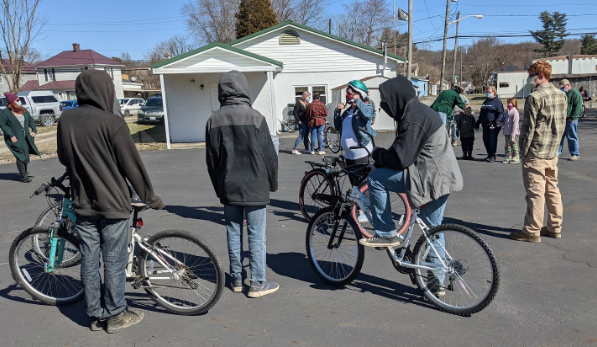 Chauncey residents with bicycles in the Senior Center parking lot during the Re-Cycle bike giveaway event in Chauncey on Saturday, March 6, 2021. 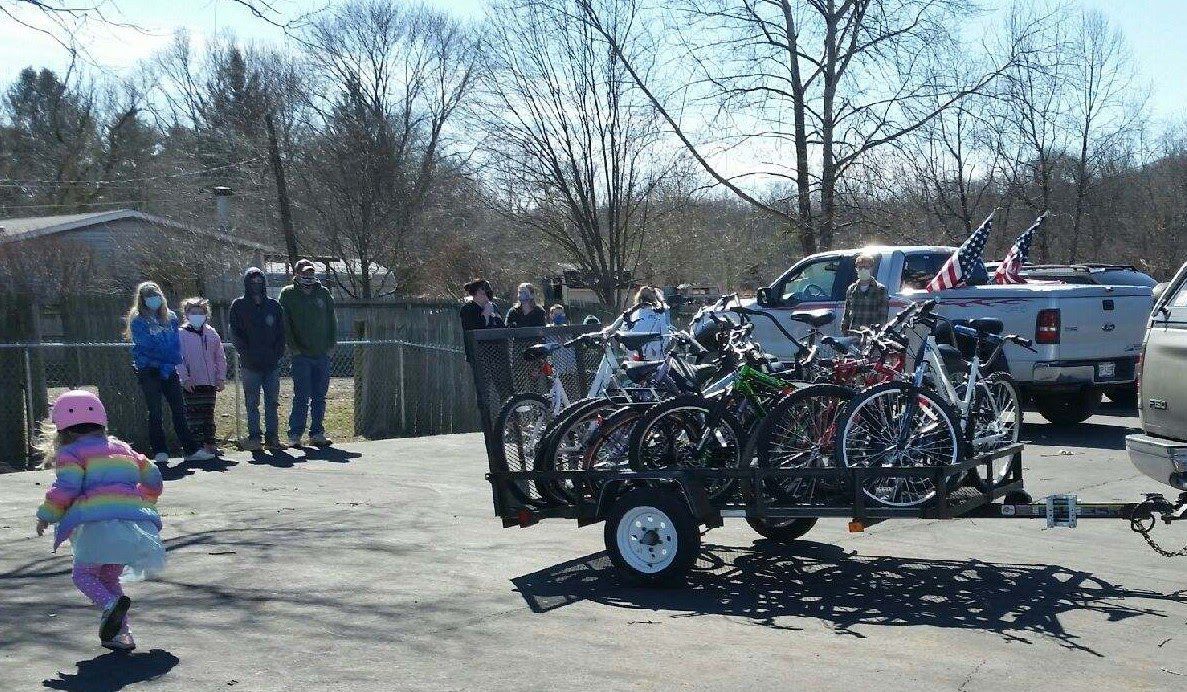 Bikes ready for distribution on March 6, 2021 in the Village of Chauncey. Photo provided.

Young Chauncey residents pose with their new-to-them donated bicycles at the Re-Cycle event in Chauncey on Saturday, March 6, 2021.

Chauncey residents with bicycles in the Senior Center parking lot during the Re-Cycle bike giveaway event in Chauncey on Saturday, March 6, 2021.

Bikes ready for distribution on March 6, 2021 in the Village of Chauncey. Photo provided.

Members of the Athens bicycling community created a program in March that seeks to provide refurbished bikes to distribute to those in Athens County who need them most.

The new “Re-Cycle” program is a collaboration between a number of local partners, including The Athens Bicycle Club, which received an initial donation of 13 bicycles from the Athens City Police Department, as well as club members donated three more. The Athens City-County Health Department provided free helmets that were offered to each bike recipient.

In early March, the club distributed bikes to families in Chauncey. Rob Delach, Athens Bike Club communications officer, said the need for bikes in that town was evident when they had more people show up to the event wanting bikes than they had.

Delach added that the community of Chauncey needed bicycles because of the lack of transportation opportunities for some residents, who may not be able to afford cars to travel to work or to get groceries.

“It’s definitely a problem in Chauncey just getting around — we saw this as an opportunity to get these bikes fixed up,” Delach said. “There is definitely a need that is not met. This could enable some people to get on bikes to go up to Piggly Wiggly.”

Over the next year, Ohio will construct a bridge and extend the Hockhocking-Adena Bikeway, connecting Chauncey and the Baileys System Trailhead to the bike path that connects parts of the county , a release said. The new leg will connect Chauncey to The Plains, Nelsonville, and Athens. The Baileys Trail System, with 80 miles of planned mountain biking and hiking paths, opened for enthusiasts last year.

“There are great things happening — it would be nice to get people on bikes up there,” Delach said.

Delach said since the initial distribution, the Athens Bicycle Club has received many more bikes, 16 since early March

So many, that Delach has to keep them all in his garage until they can be fixed up.

“We may have trouble storing if we keep getting a lot coming in,” Delach said.

Delach said the club hopes to create a “funnel” of bikes that get refurbished and out to families in need, so they don’t pile up until a distribution.

Members of the bicycling community have rallied around the cause of getting bikes out to those who need them, Delach said.

Cycle Path Bicycles, a bike shop in Athens County, has been working with the club to repair the bikes and get them ready for their new owners in Chauncey.

Cycle Path Bicycles co-owner John Lefelhocz said the shop was fixing up the bicycles as part of an anonymous contribution from an Athens Bike Club member, who gave funds to refurbish the bikes.

“We’re really happy to see this program, we hope to see it continue,” Lefelhocz said. “We’re really glad the Athens Bicycle Club has stepped in and made sure the bike is safe for the end user.

Chauncey Mayor Amy Renner said the private village Facebook page was used by the government and the bicycle club to find recipients in the community for bike donations.

She said with the expansion happening to the bike path in Athens County, it was important to ensure the less fortunate residents of Chauncey receive access to the benefits of making the village more bike-friendly.

“It is important to make sure they’re reaping the benefits of the future bikeway expansion and the Baileys system,” Renner said. “What’s a really important part of the conversation is making sure residents are able to utilize those resources.

She also thanked the Athens Bike Club and said she hopes to see the program continue and expand to serve those in need with more bikes — especially after seeing the demand in her community.

The Bike Club was very thoughtful, we’re excited to collaborate with them — they did a great job fixing up these bikes and getting them ready for everyone to use,” Renner said.

The Athens Bicycle Club aims to continue and expand the program to support other communities in Athens County, and is welcoming additional bike donations — especially kids’ bikes — as well as monetary donations to assist with repairs to donated bikes.