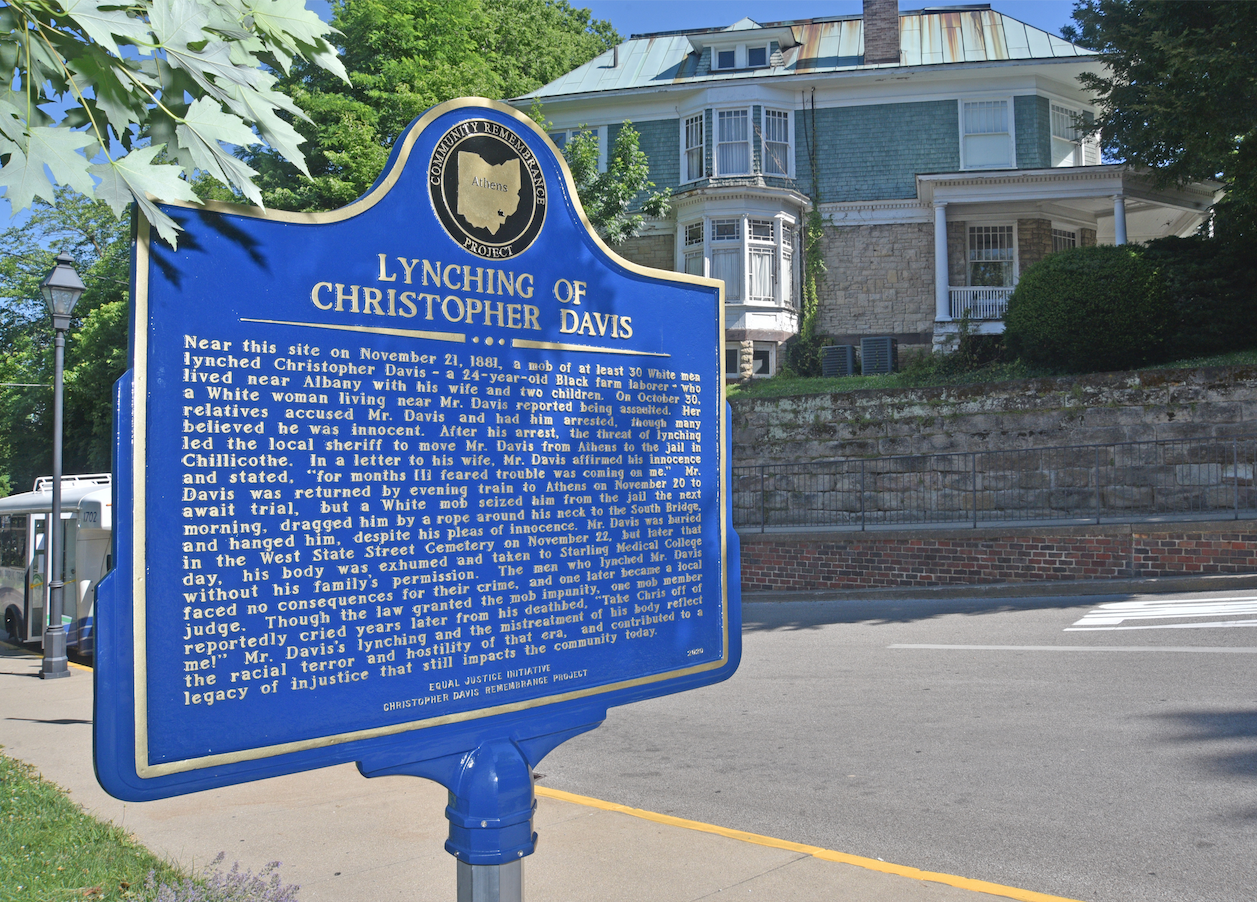 Here is the marker that is now situated near the fourth-floor entrance of Baker Student Center on Ohio University’s campus. 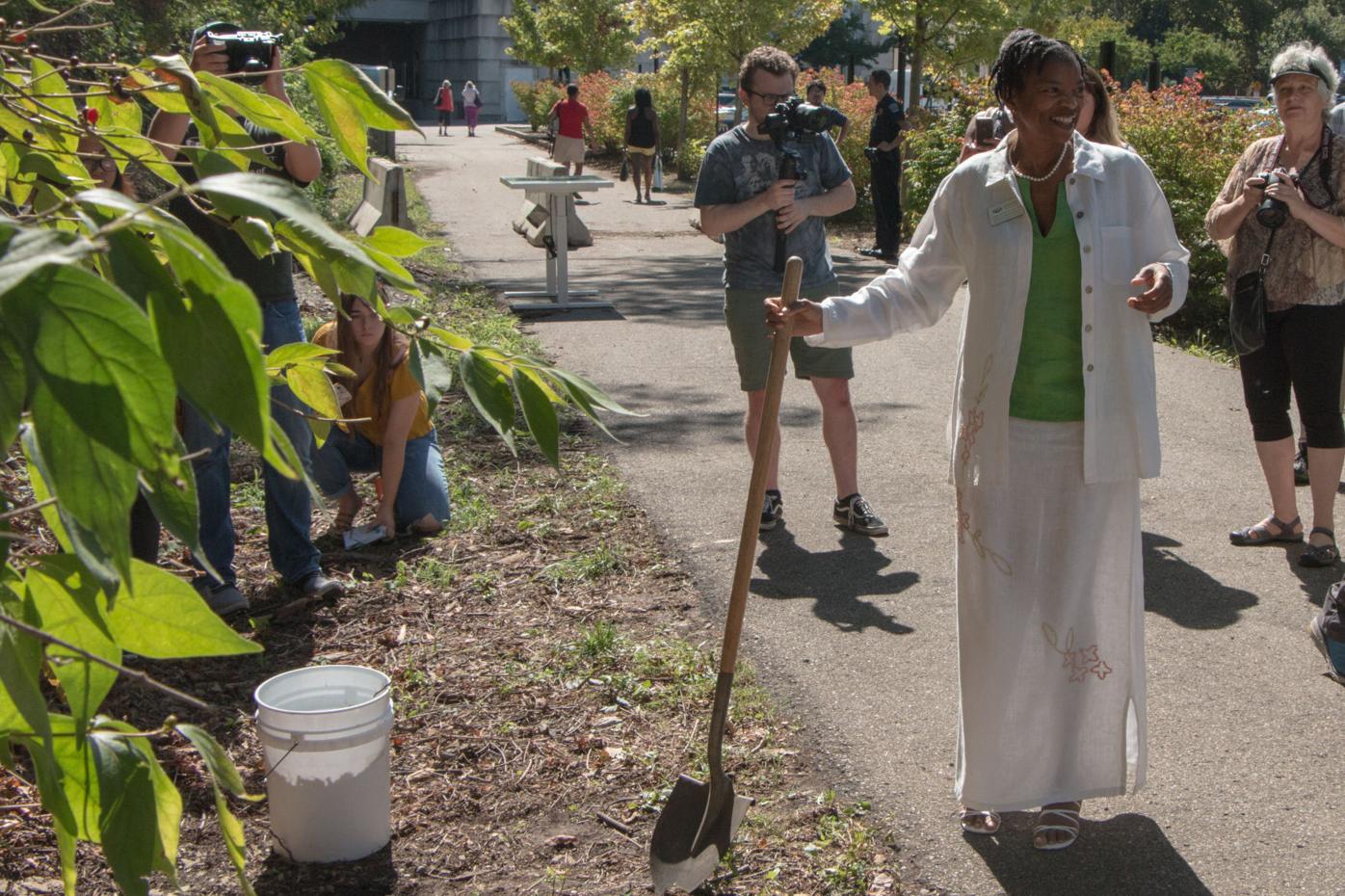 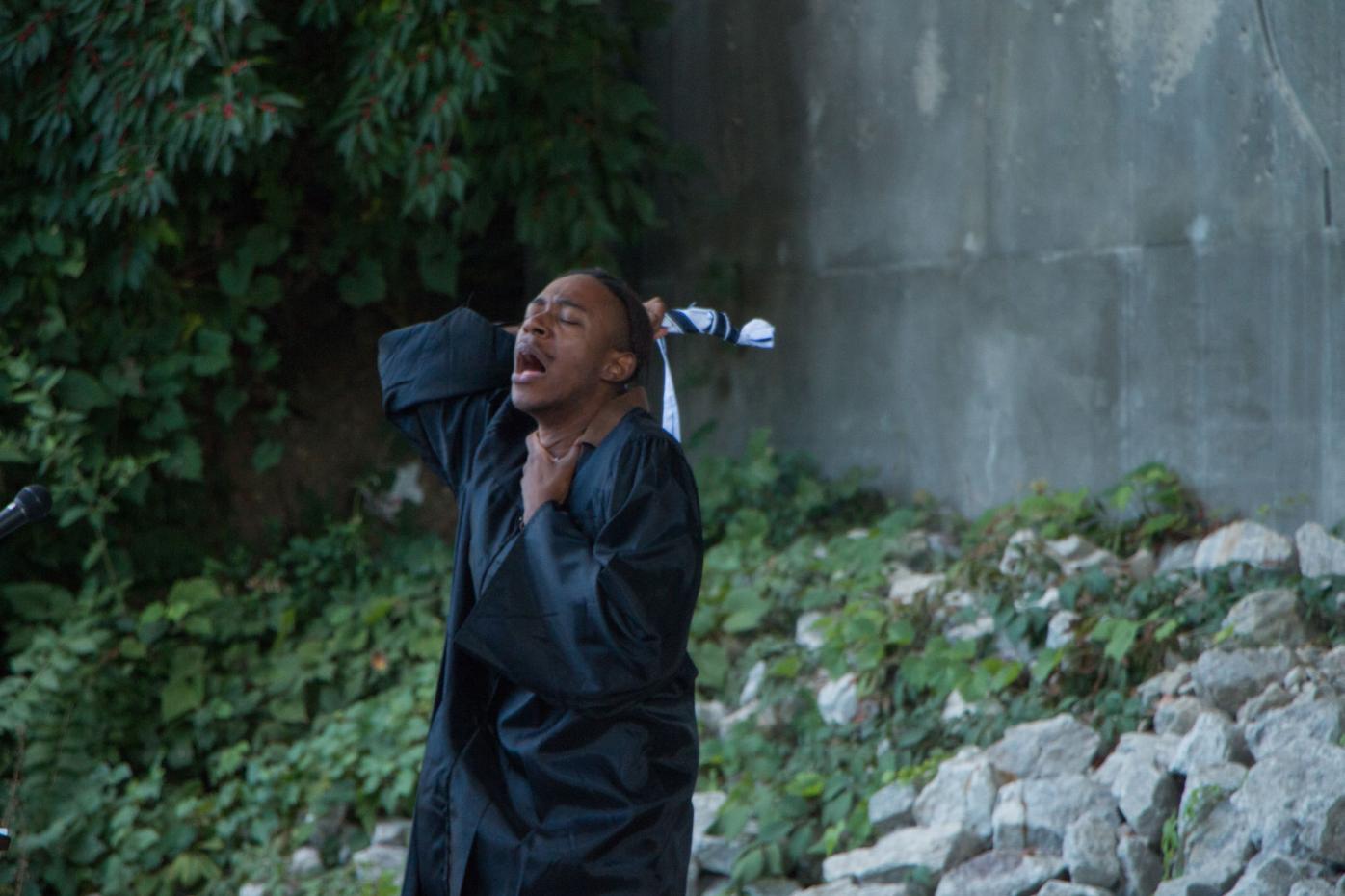 Here is the marker that is now situated near the fourth-floor entrance of Baker Student Center on Ohio University’s campus.

A graduate student of the Ohio University Department of History has left a lasting mark on Athens through her work on the Christopher Davis Remembrance Project.

Jordan Zdinak’s Master’s thesis research contributed to the text of a new historical marker located on Ohio University’s campus on June 24, located on present-day Mulberry Street (near the fourth-floor entrance of Baker Student Center) —near where the man was lynched.

Zdinak successfully defended her thesis this past spring, and will begin her doctorate in the fall. However, her work on unearthing the story of Christopher Davis, will leave a lasting mark on the city.

Davis was an Athens County man who was killed in an 1881 lynching while awaiting trial on charges of rape and assault. He was honored by several local groups in September 2019.

The marker tells Davis’ story in a fair amount of detail. The 24-year-old farm laborer was living near Albany with his wife and two children. On Oct. 30,a white woman living near Davis’ homestead reported being assaulted, and relatives of her accused Davis of the crime. He was arrested, although many believed at the time he was innocent.

According to an account published in the Athens Messenger shortly after Nov. 24, 1881, a mob of white men reportedly took the Athens County sheriff at his own home in order to steal keys to the jail. Later that evening, they broke into the jail and took Davis to what was then known as the Southside Bridge. After hanging Davis, the mob quickly dispersed — and none of them were ever held responsible for the killing. In fact, one of the men later became a judge.

The marker also details how Davis’ body was buried in the West State Street Cemetary, but was exhumed late that day.

Dr. Jennifaye Brown, chair of Ohio Unviersity’s College of Health Sciences and Professions, highlighted the oft-overlooked detail of Davis’ murder during her speech at the ceremony in 2019. She noted that his body was sent off to be used for medical research.

“I think his body being exhumed goes back to how we were treated in being transported as slaves,” she said of the time period. “We were objectified in order for a process to be successful — which was picking cotton — so now, in order for health to advance for the greater good they are still using us as just an objectified tool and not as a valuable human life.”

The Equal Justice Initiative’s Christopher Davis Community Remembrance Project organized the service with support from a number of area social justice and historical societies. The Davis lynching is one of 15 identified by the EJI to have occurred in Ohio between 1877 and 1950, and the only one known to have taken place in Athens County.

“Mr. Davis’s lynching and the mistreatment of his body reflect the racial terror and hostility of that era, and contributed to the legacy of injustice that still impacts the community today,” the marker’s text concludes.

“This marker helps create an honest accounting of the past, addressing the true history of human behavior, and helps society avoid repeating such acts of violence against our fellow citizens,” he said. “Our history defines us, as individuals, as communities and as a nation. This coalition has helped us better know our past and that can help chart a better future.”

In conjunction with the work of the coalition, the Equal Justice Initiative sponsored an essay contest for Athens County high school students exploring the history of racial terror lynching and how it has impacted current culture. Five winners from four school districts were awarded a total of $6,000 in scholarships.

“This marker is necessary because truth is necessary,” he said. “It is required because justice is required. It must denote honor because a man of honor was murdered here. It must reflect historical honesty to help us dislodge generations of racist lies and distortions that haunt us even now.”

A press release from the Christopher Davis Community Remembrance Project noted that the marker will “serve as a reminder that the struggle for racial justice is on-going,” including the recent, untimely deaths of many Black Americans, including George Floyd, Breona Taylor, Tony McDade, Ahmaud Arbery and Rayshard Books.