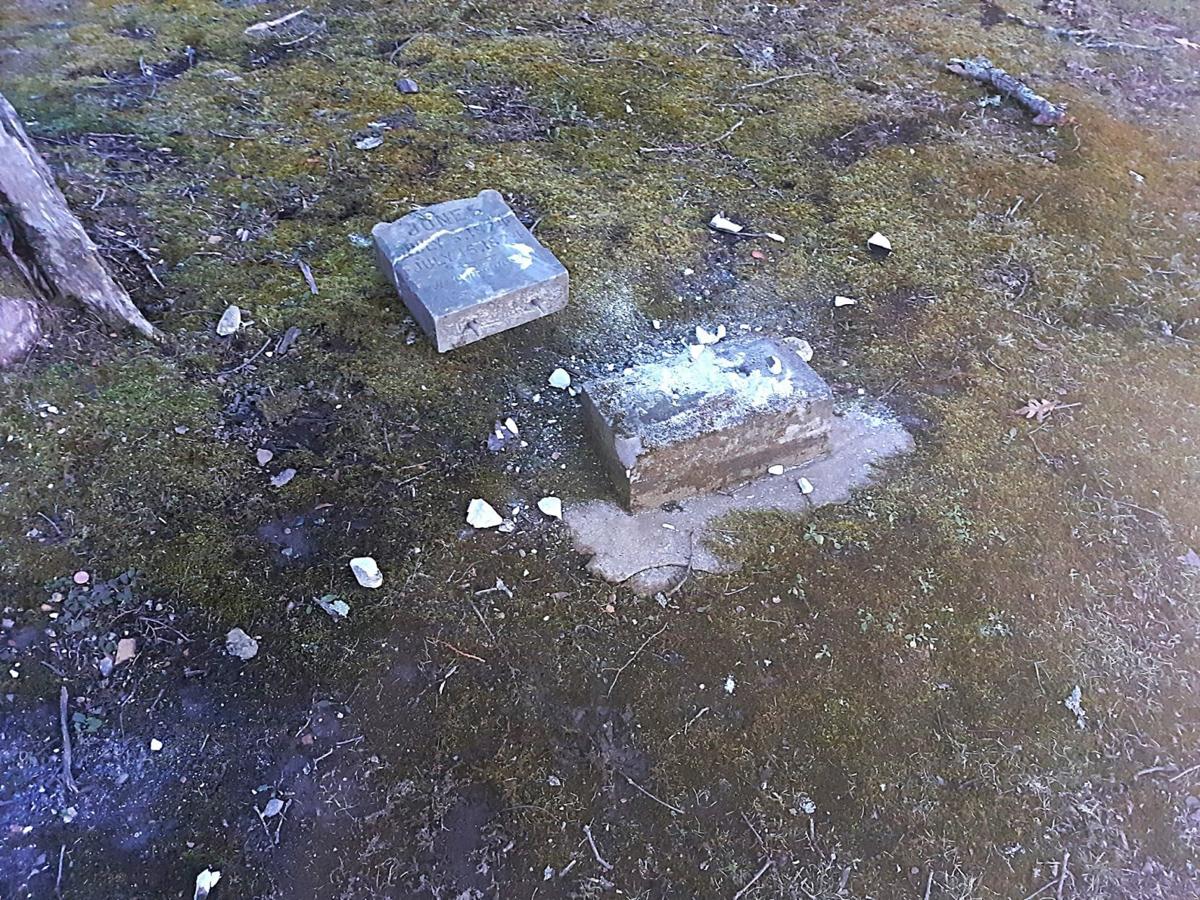 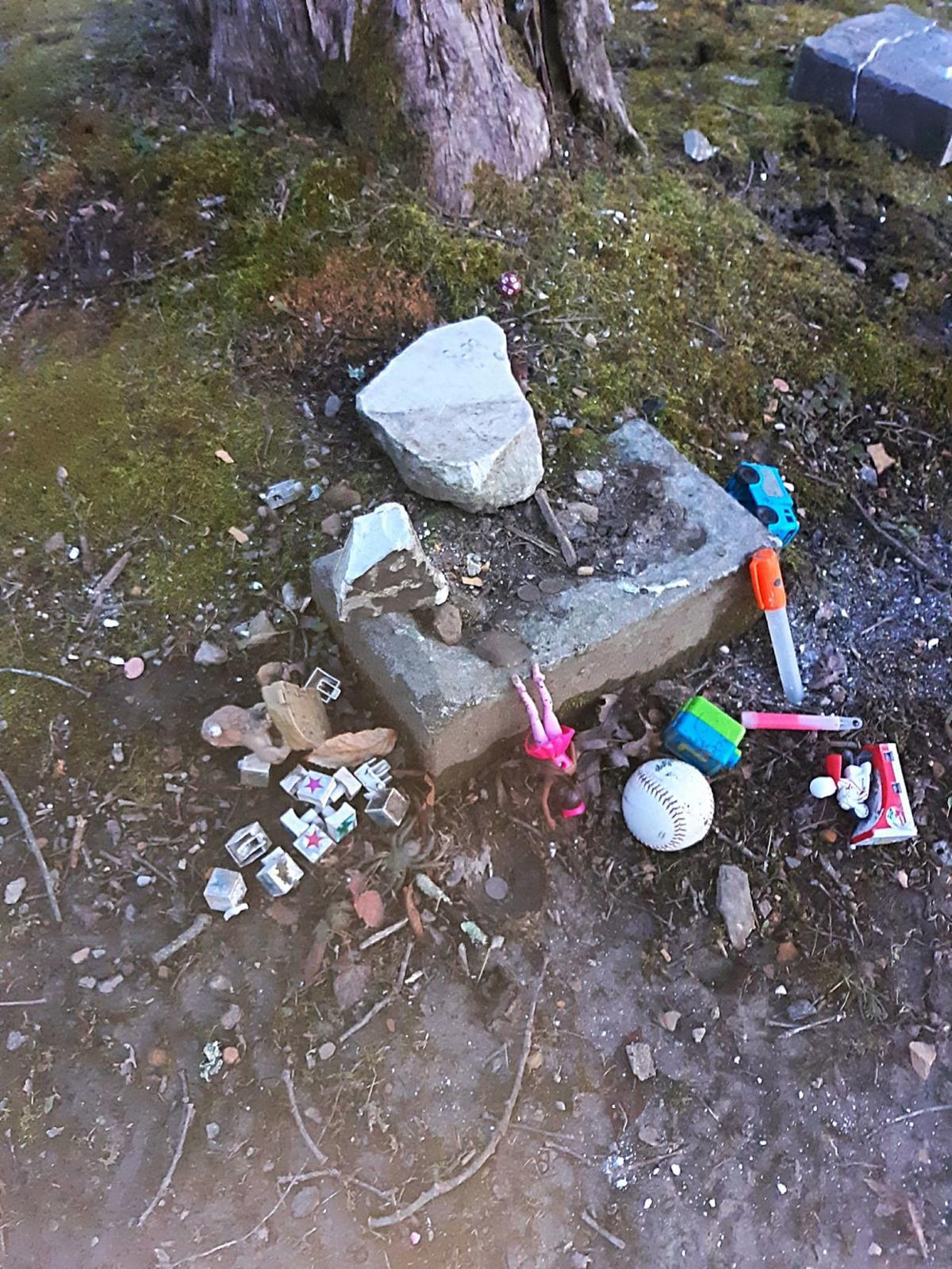 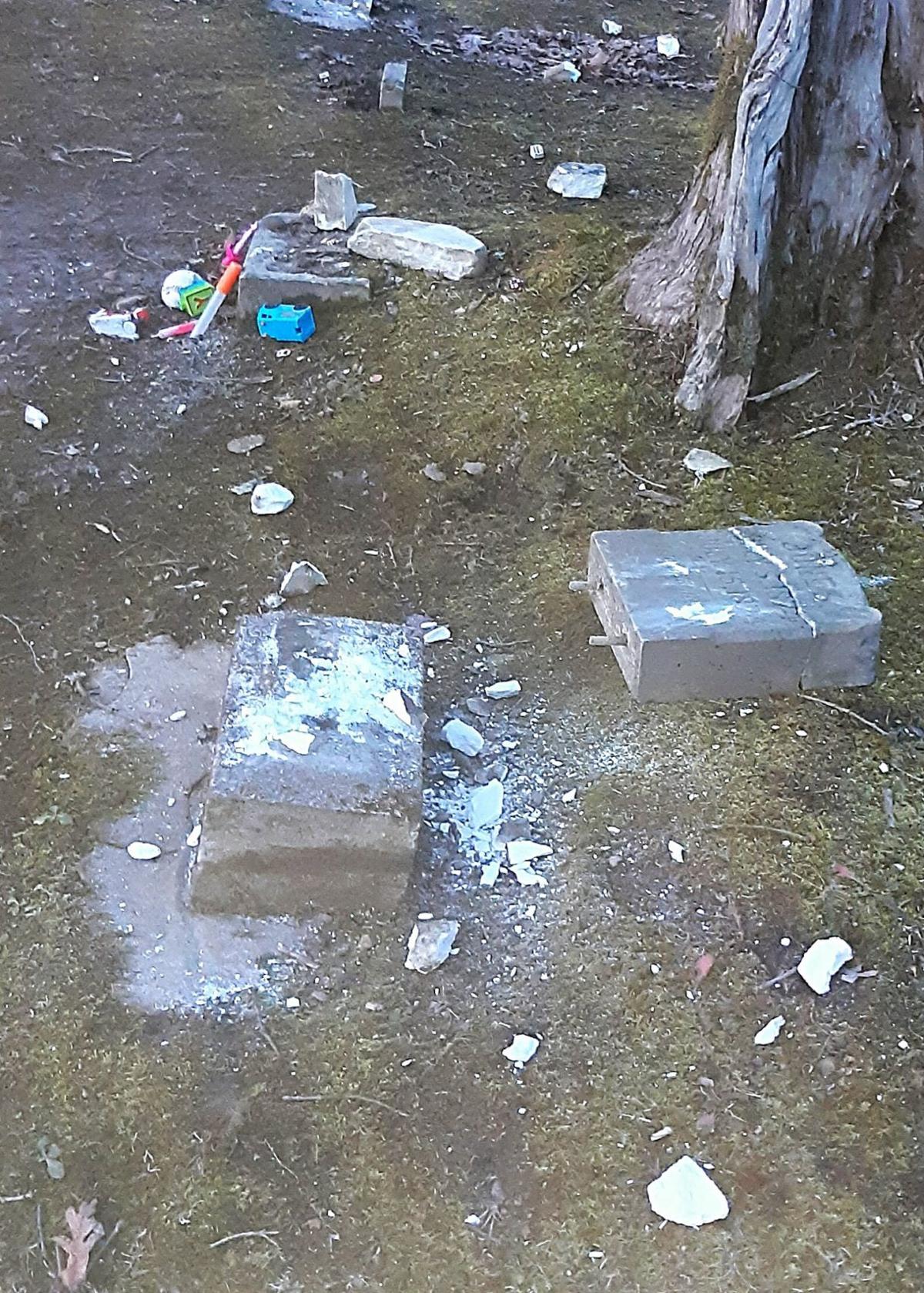 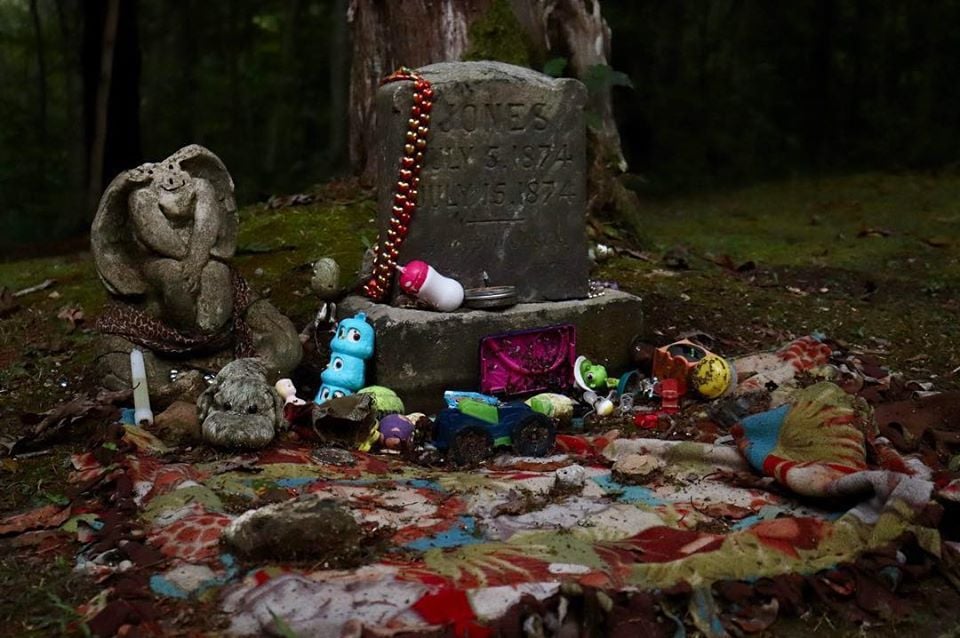 This infant’s grave was one of the vandalized graves. Visitors had left a variety of tokens by the headstone over the years.

This infant’s grave was one of the vandalized graves. Visitors had left a variety of tokens by the headstone over the years.

Note: This story appears in the Thursday, Jan. 9 newspaper on Page A3.

MOONVILLE — Local law enforcement is investigating apparent vandalism that occurred at the Moonville cemetery in Brown Township at the start of the new year.

An area hiker, Amy Beaver, and her family stumbled upon the cemetery on Jan. 1. Beaver commented that she thought the cemetery had “fallen victim to partygoers” the night before, as it looked like trash was scattered around the grounds. Upon closer inspection, the garbage turned out to be smashed pieces of stone from several of the cemetery’s tombstones.

She and her family went to a nearby home to call the local authorities, as they had no cell phone service at the cemetery.

Both the Moonville Rail Trail Association and the Vinton County Visitors and Convention Center have commented about the vandalism on their social media pages.

“It’s (the cemetery) not part of the MRTA, but our visitors frequently will visit the cemetery as well,” the Moonville Rail Trail Association posted, and the CVB called the act “senseless destruction to a beloved Vinton County cemetery.”

CVB Marketing Director and Secretary of the Moonville Rail Trail Association Caleb Appleman noted this is not the first time Moonville’s cemetery has been vandalized. Just a few years ago a few tombstones were smashed.

All in all, vandalism is very common in the area, ranging from spray painting trees to graffiti in the Moonville Tunnel. Appleman also noted the lettering on the tunnel, which was recently repaired, has already been damaged by people likely throwing rocks at it. The Neil Shaw Memorial plaque, honoring a co-founder of the rail trail group, has also been damaged and will need replaced.

Appleman noted local agencies may provide a monetary reward of some kind for information leading to the arrest of the individual or individuals responsible for the vandalism, and there may also be fundraising of some kind established to repair the tombstones. One of the smashed tombstones was replaced in the last twenty years, and others were just remnants tarnished by time.

Both organizations encourage those who have information regarding the vandalism at the Moonville cemetery to contact the Vinton County Sheriff’s Office at 740-592-5242.