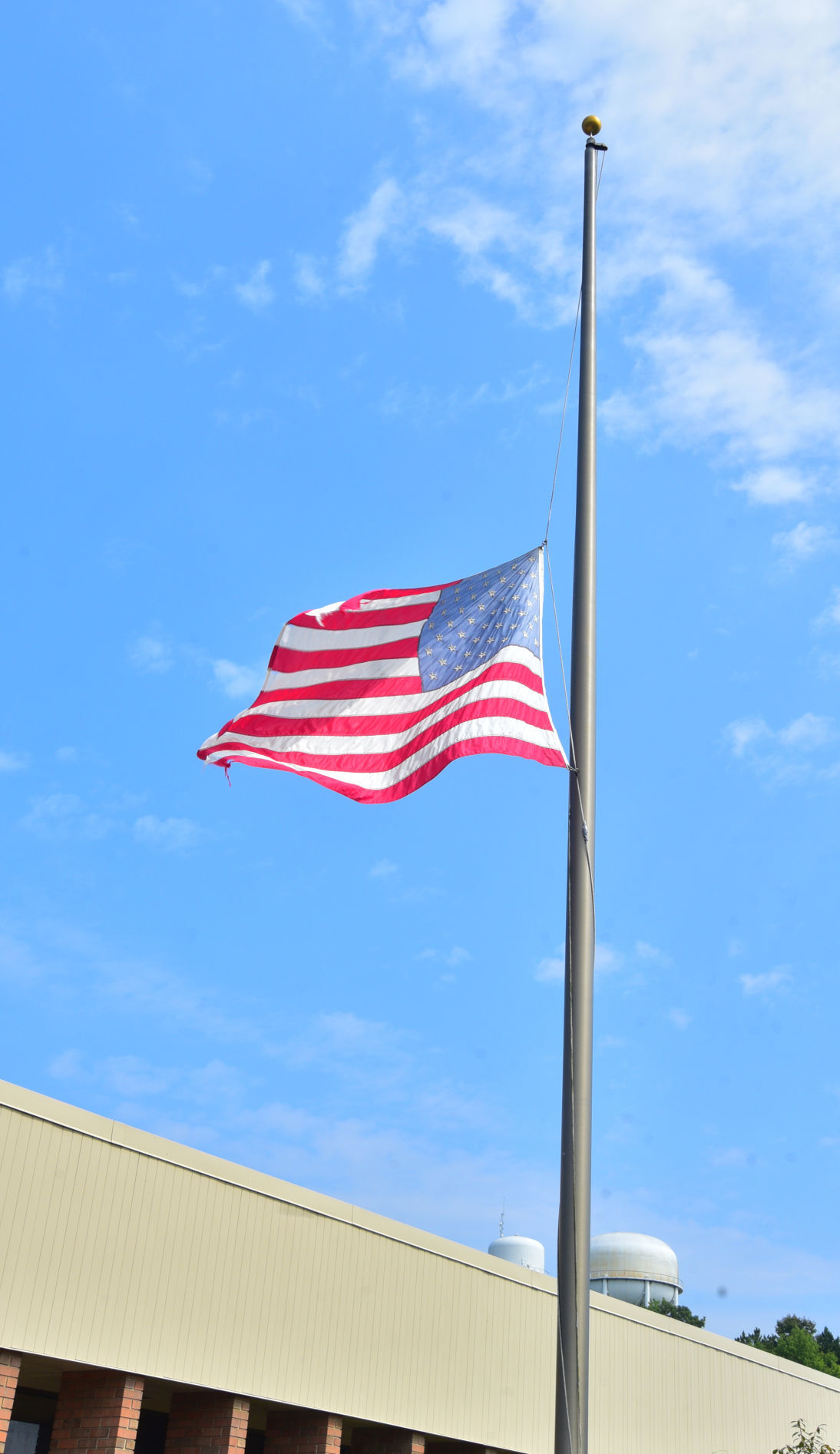 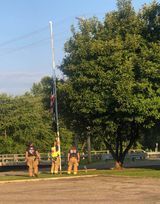 Flags in Athens County and at the Statehouse are flying at half-staff on Wednesday after a Nelsonville police officer died in a three vehicle crash Tuesday.

Around 2:26 p.m. on Tuesday, NPD officer Scott Dawley and several other officers were responding to a report of shots fired on the east side of Nelsonville, Fitch said.

While on route, Dawley and others were traveling eastbound, when he was involved in a three-vehicle accident at the intersection of Canal Street and Hocking Street by the Rocky Boots outlet store.

Dawley suffered serious injuries in the crash, and first responders performed CPR on him, Fitch said. He was transported to OhioHealth O’Bleness Hospital and was pronounced dead at the hospital.

“This is a tragic event and I can’t even begin to express how sorry I am for Scott Dawley and his family,” Fitch said.

One driver in another vehicle was airlifted to Columbus for emergency medical attention, and the driver of the third vehicle sustained non-life-threatening injuries.

Dawley leaves behind a wife and seven children, NPD said on Facebook. Fitch asked for privacy for Dawley’s family.

“I would like the community to be respectful to the Dawley family and allow them to have privacy in this tragic time — and keep the Nelsonville police officers, especially officer Dawley in their thoughts and prayers,” Fitch said.

On Tuesday evening, Ohio Gov. Mike DeWine announced on Facebook that in honor of the life and service of Dawley, flags should be flown at half-staff on all public buildings and grounds throughout Athens County, the Ohio Statehouse, Riffe Center and Rhodes Tower until sunset on the day of his funeral.

Ohio Attorney General Dave Yost said in a statement that his “deepest condolences are with Officer Dawley’s family and the Nelsonville community.”

Republican state Rep. Jay Edwards, a Nelsonville native, said he and the Nelsonville community are “heartbroken.”

“We are all heartbroken by the loss of Officer Scott Dawley, who has honorably protected and served Nelsonville,” Edwards said via text. “I know the entire Nelsonville community is keeping Officer Dawley’s family in its prayers.”

Members of the Nelsonville community and local officials all expressed their condolences to Dawley’s family and praised Dawley for his service to the community.

Nelsonville City Manager Scott Frank said this is a reminder of the perils first responders face.

“We have become even more keenly aware of the dangers our public safety professionals must endure, but we all have hoped they would continue to be looked over and protected,” Frank said.

Nelsonville City Council President Tony Dunfee said it was a “sad and tragic thing” to happen to the City of Nelsonville.

“Officer Dawley was a great officer and an asset to our community” Dunfee said. “He will be greatly missed.”

“Our hearts are broken for his family, friends, and fellow officers,” Smith said on Facebook. “Men and women in law enforcement put their lives on the line every day, and on August 3rd, 2021, Officer Dawley gave the ultimate sacrifice. Thank you, Officer Dawley, for your faithful and courageous dedication to our community. “

Dunfee thanked all the first responders for “everything they did for officer Dawley.”

The fatal crash comes on the heels of an incident last week, when a NPD officer was struck with a bullet during an attempted vehicular assault while responding to a domestic violence call.

Fitch said he worries about the younger officers in the NPD who have had to experience such a short succession of tragedies.

“It’s been a rough couple weeks — I worry about these young officers — it’s been a lot for them to endure this early on in their careers,” Fitch said. “As a chief, it just worries you.”

Frank said 2021 has been a “terrible year for Nelsonville,” and pointed to the death earlier this year of Nelsonville firefighter Jeff Armes, who died suddenly while battling a fire.

“While another tragedy has stricken our City, I would like to ask the community to be respectful to the Dawley family and allow them to have privacy in this tragic time,” Frank said in a statement.