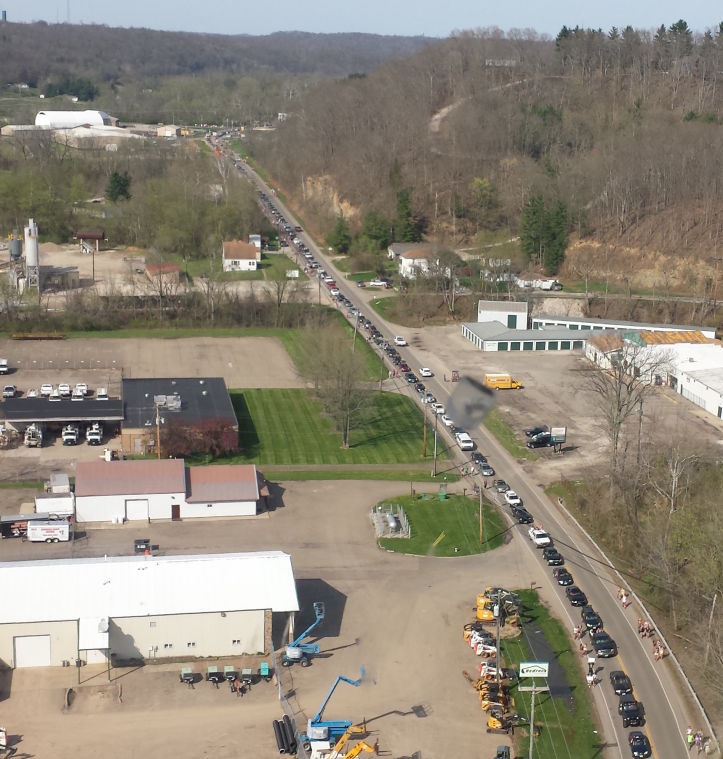 This aerial photo captured by Athens City Councilman Steve Patterson shows traffic backed up on Route 56 and West Union Street on the afternoon of Saturday, April 18, 2015 headed to Number Fest. Traffic and litter were major concerns for the community during and after the event. 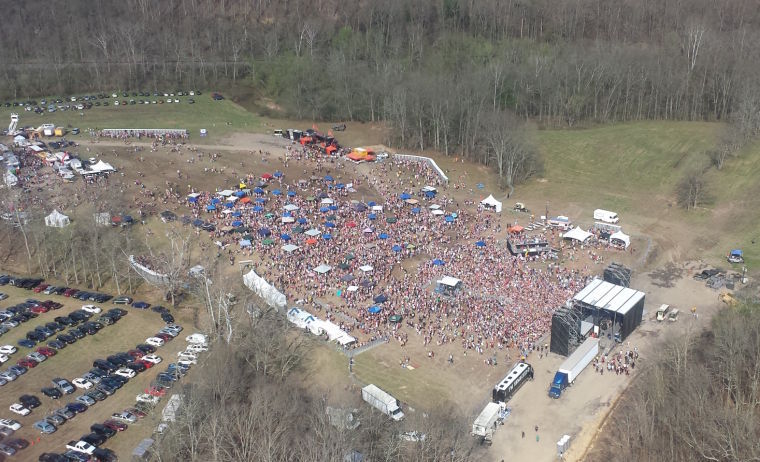 Steve Patterson captured this photo of Number Fest at The Venue off Route 56 in 2015 during a helicopter ride.

This aerial photo captured by Athens City Councilman Steve Patterson shows traffic backed up on Route 56 and West Union Street on the afternoon of Saturday, April 18, 2015 headed to Number Fest. Traffic and litter were major concerns for the community during and after the event.

Steve Patterson captured this photo of Number Fest at The Venue off Route 56 in 2015 during a helicopter ride.

Music news in Athens has been a mixed bag recently.

If you were a fan of Numbers Fest, it appears you may be out of luck in finding a rap or hip-hop based concert series in the area. However, a festival hosted by Nelsonville-based Stuart’s Opera House will take place in a similar time frame at The Bluestone in Columbus.

A farewell to Number

The Athens-based Number Festival (often seen as #Fest) started in May 2004, and after the last two year’s festivals went swimmingly well at best, the organizers pulled the plug in 2020.

It was considered the crowning event of Ohio University’s infamous fest season — one last, big party to round out the semester. However, the festival was hosted on Rt. 56 and issues arose from residents who complained about students walking en masse on the road, many times late at night.

Nearby neighbors were the loudest voices of disapproval.

The Athens County Commissioners heard complaints from those residents in 2015. With thousands of festival goers, the requests of neighbors to keep Rt. 56 clear of crowds was a difficult one to implement. One of the main concerns from residents was access to OhioHealth O’Bleness Hospital, which is accessed from that area of the county by Rt. 56.

That year, the festival was slated to have over 20,000 visitors.

Last year’s festival was “relatively uneventful,” according to Athens County Sheriff Rodney Smith. The crowds of walkers headed home only shut the highway down for about 20 minutes, instead of the hours of closure that occurred in previous years. Estimates of the number of attendees ranged around 5,000.

Last year also marked the return of a bring your own beer policy, an attempt to draw OU students back to the festival. It must not have been as successful as the organizers hoped, because on Jan. 20, a statement was released on the official social media pages.

“They say all good things must come to an end,” the statement said. “Not sure that aptly applies to us because what we built was unprecedented ... unimaginable and for a lack of a better word — legendary.”

Names like Rae Sremmurd, Mike Posner, the Migos and Wiz Khalifa at one time graced the stage at The Venue in Athens, and what happens next with that section of land is still to be seen.

Nelsonville Music Festival and Archie Fox Live have teamed up for a “psychedelic rock festival” at the Bluestone in Columbus called MELTED. The Bluestone is a 19th century former Baptist Church that is now an event venue, similar to how Stuart’s Opera House is also a historical, converted event venue.

In a press release, the church was hailed for its atmosphere, noting “stained glass windows, high ceilings and hallowing acoustics” in the building that will provide a backdrop for the festival.

The event is scheduled for March 13-14, headlined by the Oh Sees, Twin Peaks, Bobb Hatt and many, many more. The inaugural MELTED festival was held in 2019, and spurred the creation of other projects including #MELTEDrecommends concerts, which are shows featuring rock artists who fit with MELTED’s energy.

The 2020 Nelsonville Music Festival has already been announced, and is set for June 4-7 at Robbins Crossing in Nelsonville.

This is the 16th year Stuart’s Opera House has hosted the music festival, which is the biggest fundraiser the non-profit organization hosts each year.

The festival is a more personal approach to music and lifts up many voices national, regional and local acts. Several stages host multiple bands each day, including the free Boxcar Stage which is located just outside the festival entrance.

Although no headliners have yet been announced (usually those are announced closer to June), a few of the booked acts are already being promoted. One such act is Nilüfer Yanya, a soulful, jazzy pop artist with electronic and grunge influences.

Tickets are on sale at nelsonvillefest.org, starting at $80 for teenagers and Nelsonville residents.