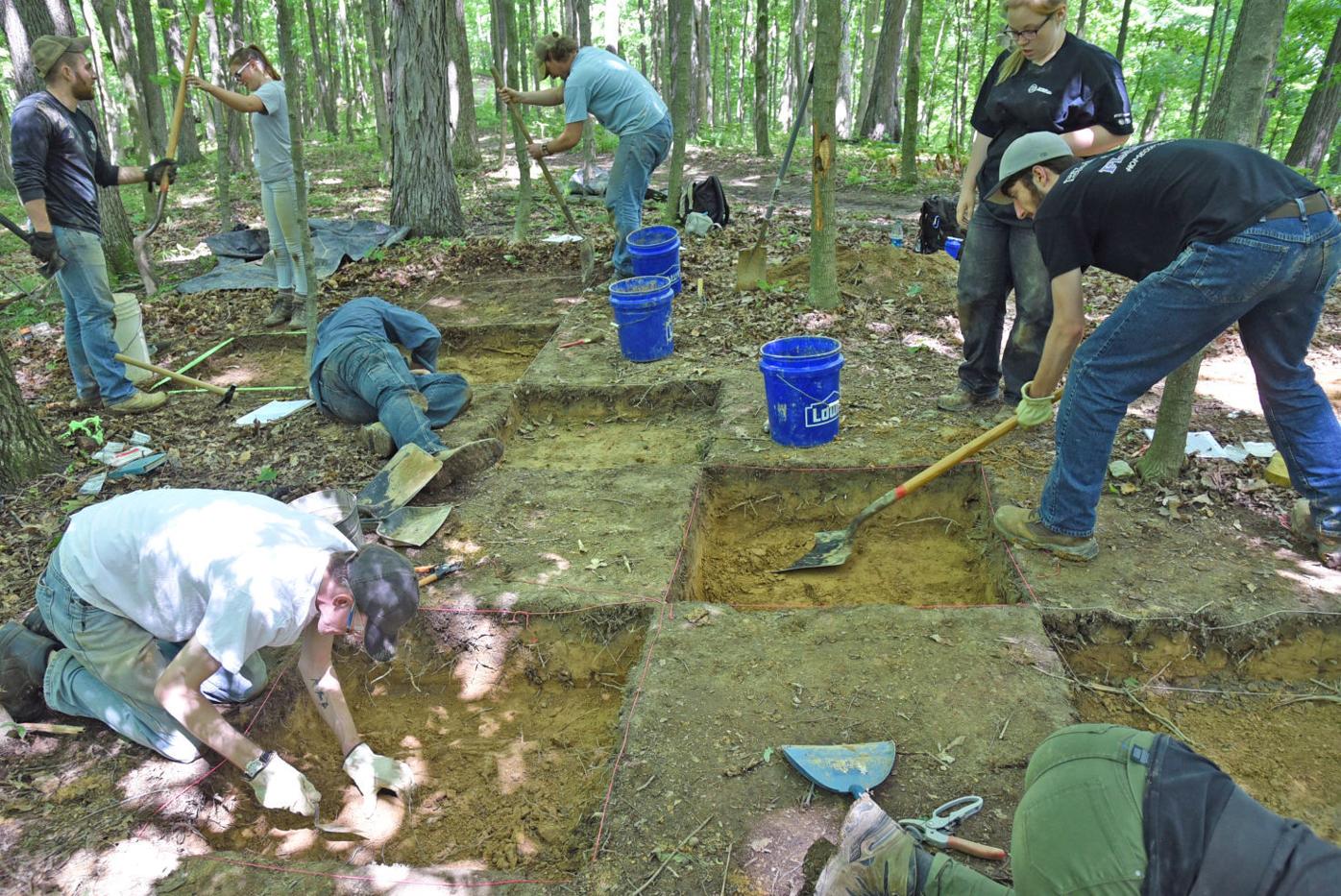 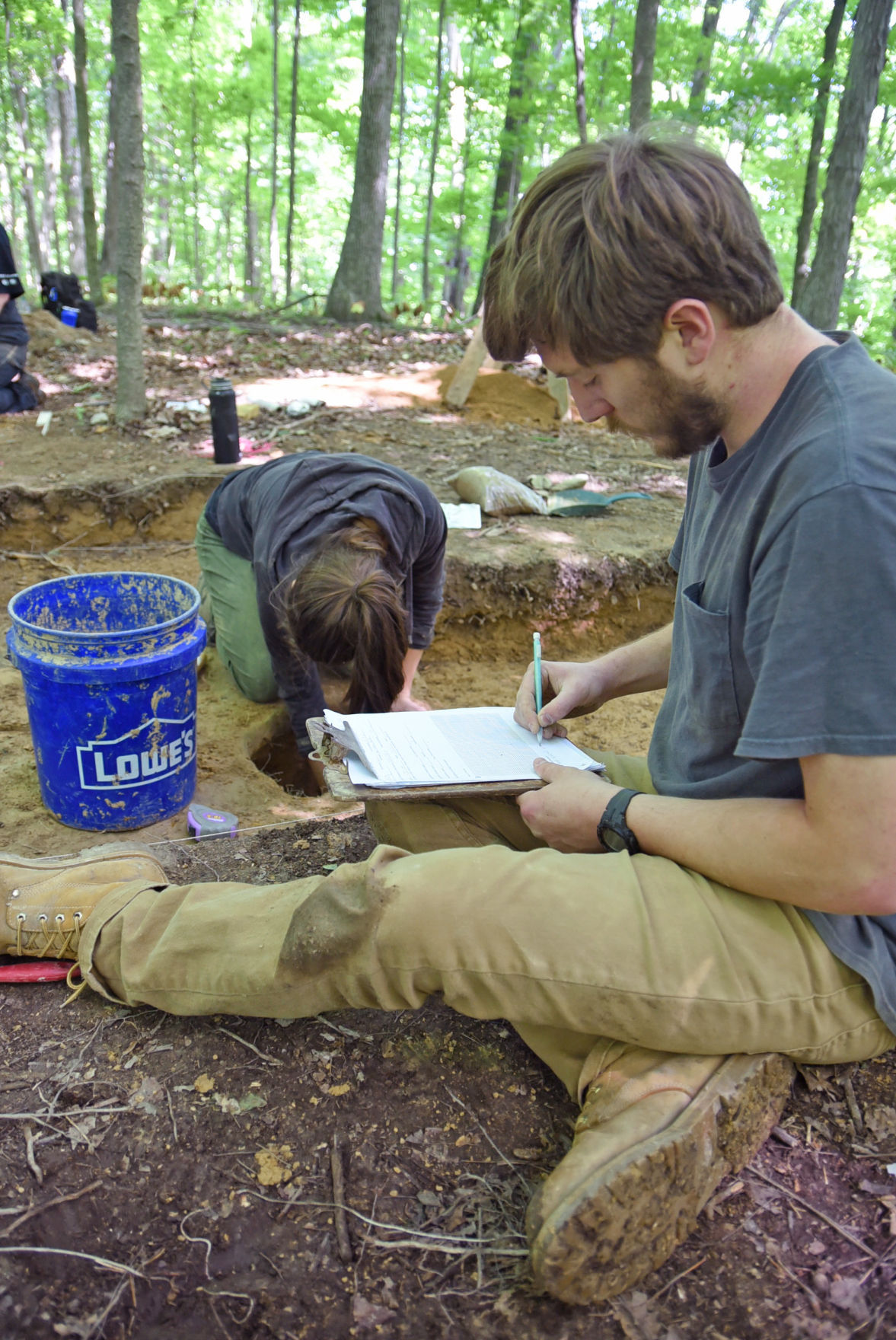 Ryan Blankenship, a senior from Cleveland, records information while Adrienne Covington, a junior from Athens, continues to remove soil from a pit at the dig site. 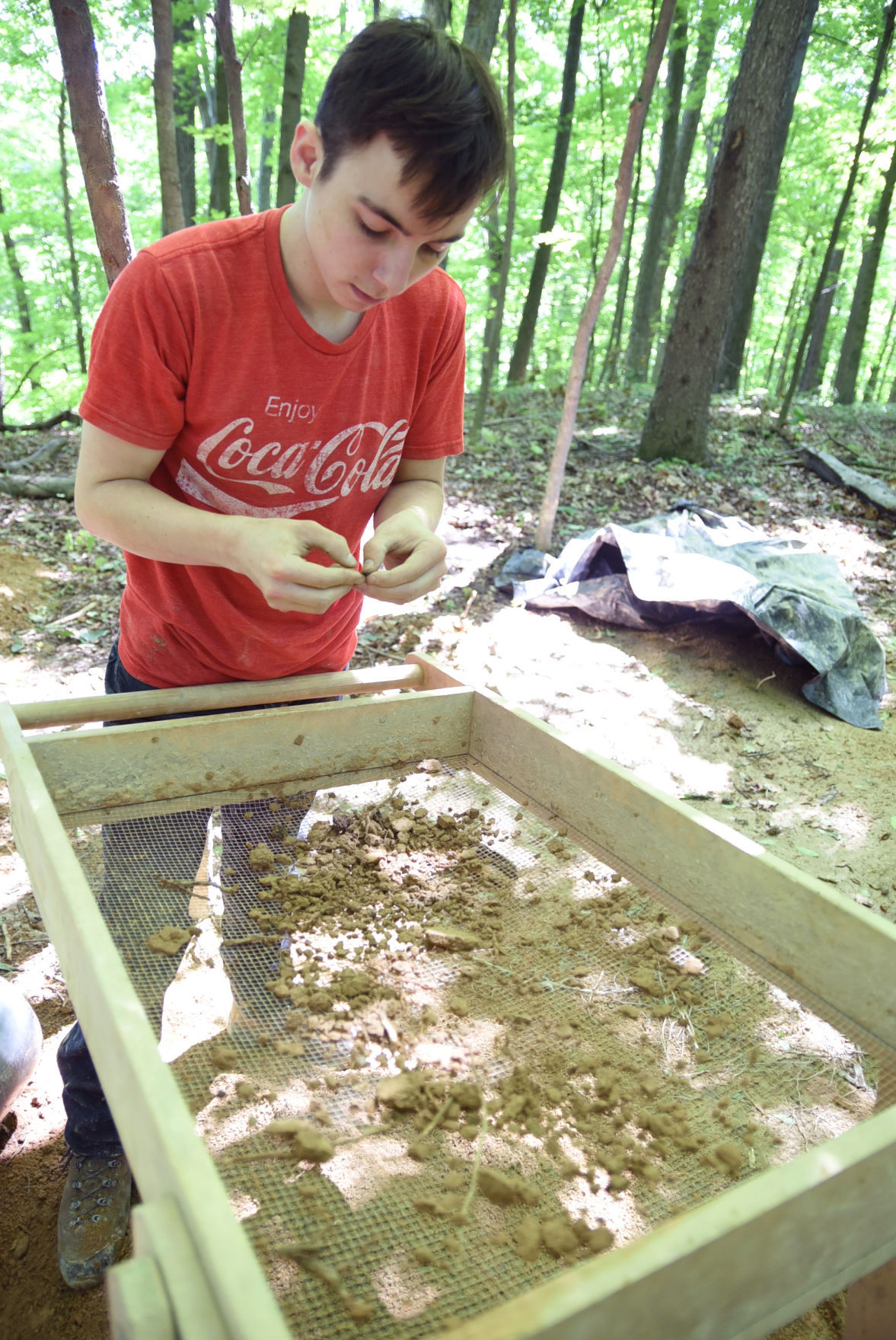 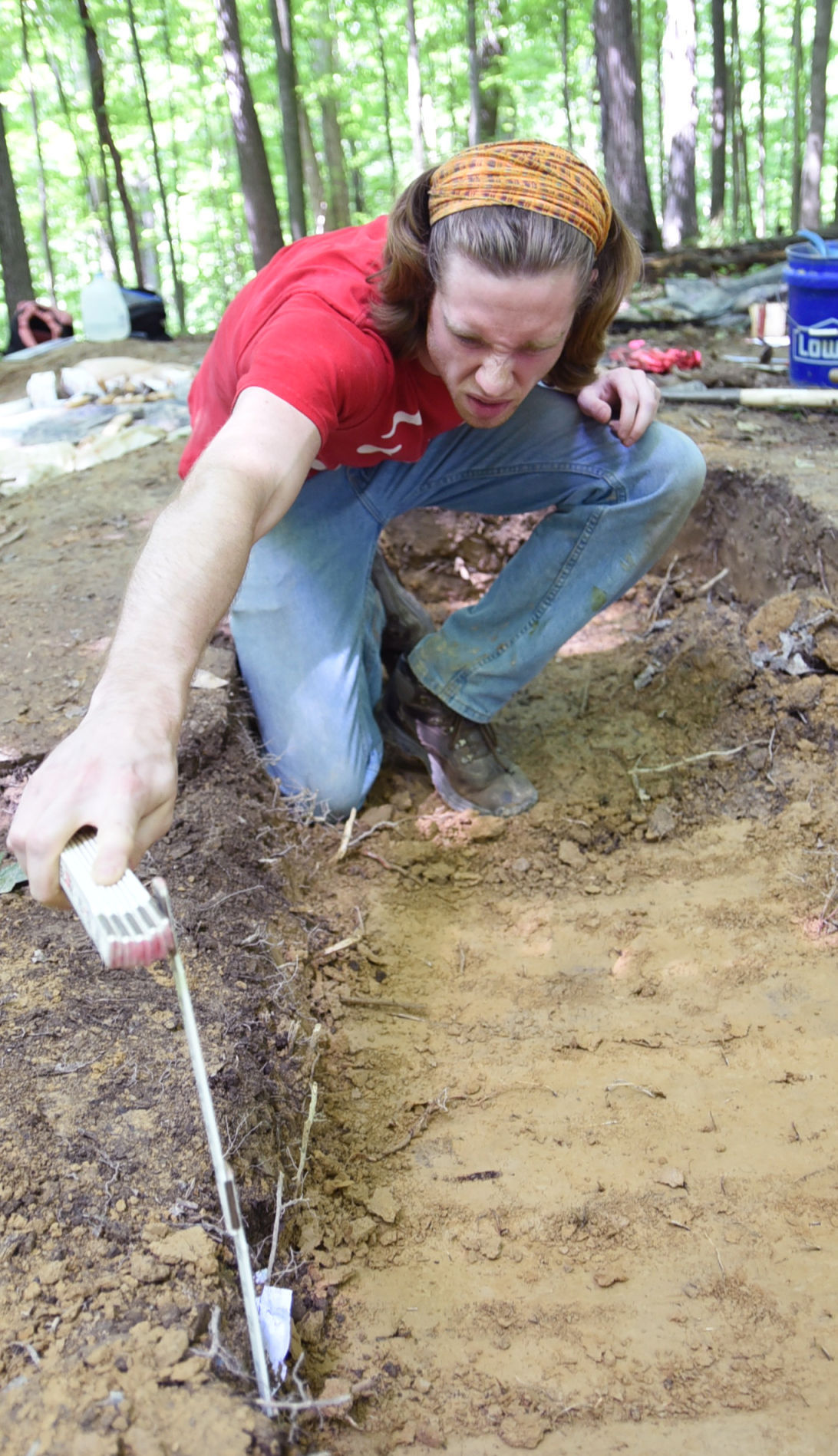 Anthony Jamerson measures the depth of a square where he is looking for artifacts.

Ryan Blankenship, a senior from Cleveland, records information while Adrienne Covington, a junior from Athens, continues to remove soil from a pit at the dig site.

Anthony Jamerson measures the depth of a square where he is looking for artifacts.

Ohio University students excavating a ridge top have found two sites — one dating back about 1,000 years and the other about 3,000 — that are believed to have been used by ancient peoples.

The 20 students are in an archaeology field class and have been working the past few weeks in the Wayne National Forest outside Logan. The location was selected in part because is on a ridge top, where archaeological excavations take place less often, according to Paul Patton, an OU assistant professor of anthropology who is teaching the class.

“We’re trying to get a larger picture of what people were doing at a variety of locations in different environments,” Patton said. “The only record we have of them comes from sites like this.”

The two sites are believed to have been temporary locations used for specific purposes, not permanent settlements.

At the location utilized about 1,000 years ago, the students have found flint, a few broken tools and storage pits. They also found an outline of what appears to have been a circular house, which Patton said may have been temporary housing for people who were there to make stone tools. There are indications that flint was quarried on the ridge.

In the area that was used about 3,000 years ago, very early pottery fragments have been found, as well as a large platform made of stone. What could have been the purpose of the platform? Perhaps roasting of chestnuts that were being gathered for food, Patton said.

Carbon dating was done on charcoal found at the two sites to determine how long ago they were used.

The work being done under Patton’s supervision involves more than just digging holes with shovels. A grid system is used so that the precise location of recovered artifacts can be mapped. Although shovels are used to remove the very top layer of soil, most of the work after that is done with hand trowels — and done carefully.

The site is being excavated in squares measuring one meter by one meter, and students could be seen on their knees slowly scraping away soil from the squares.

“Every time we put in a new unit we find new stuff,” Patton said.

During The Messenger’s visit, students who thought they might have found something significant would ask Patton to check it out and get his advice on how to proceed.

As a safeguard against missing small artifacts, soil removed from the squares is sifted.

“The goal is to find it in the ground,” Patton explained.

Soil is bagged if it’s believed a storage pit is being excavated. The soil will be examined using a flotation method to check for any botanical materials that might indicate the type of food the inhabitants ate.

Ryan Blankenship, a senior from Cleveland, and Adrienne Covington, a junior from Athens, were excavating a pit where charcoal was found, and were saving the soil for flotation examination.

“It’s neat,” Covington said of the field class. “It’s really cool to get a sense of it (the civilization), especially as it relate to plants.” Covington is majoring in plant biology.

“I’m an anthro major and I wish I had done this earlier in my studies,” Blankenship said, explaining that it would have made him more passionate about his school work.

“We’re digging up their old stuff and they were hanging out here 3,000 years ago,” Blankenship said. “It seems kind of surreal sometimes.”

Blankenship said he is now considering a career as a contract archaeologist.

“It’s changed me,” Blankenship said of working in the field.

Like the other students, this is the first time Covington and Blankenship have done archaeological work in field.

A report will be written of what was recovered from the property and its significance. Patton said the collected artifacts will be examined in a lab at OU, then likely turned over to the Ohio Historic Preservation Office to be saved in case a researcher wants to study the items in the future.

The students are keeping journals of their activities, and those journals will become part of the official record of the excavation. Midterm and final exams are also part of the class, and the students will be assessed based on their use of the methodology and techniques taught in the class.