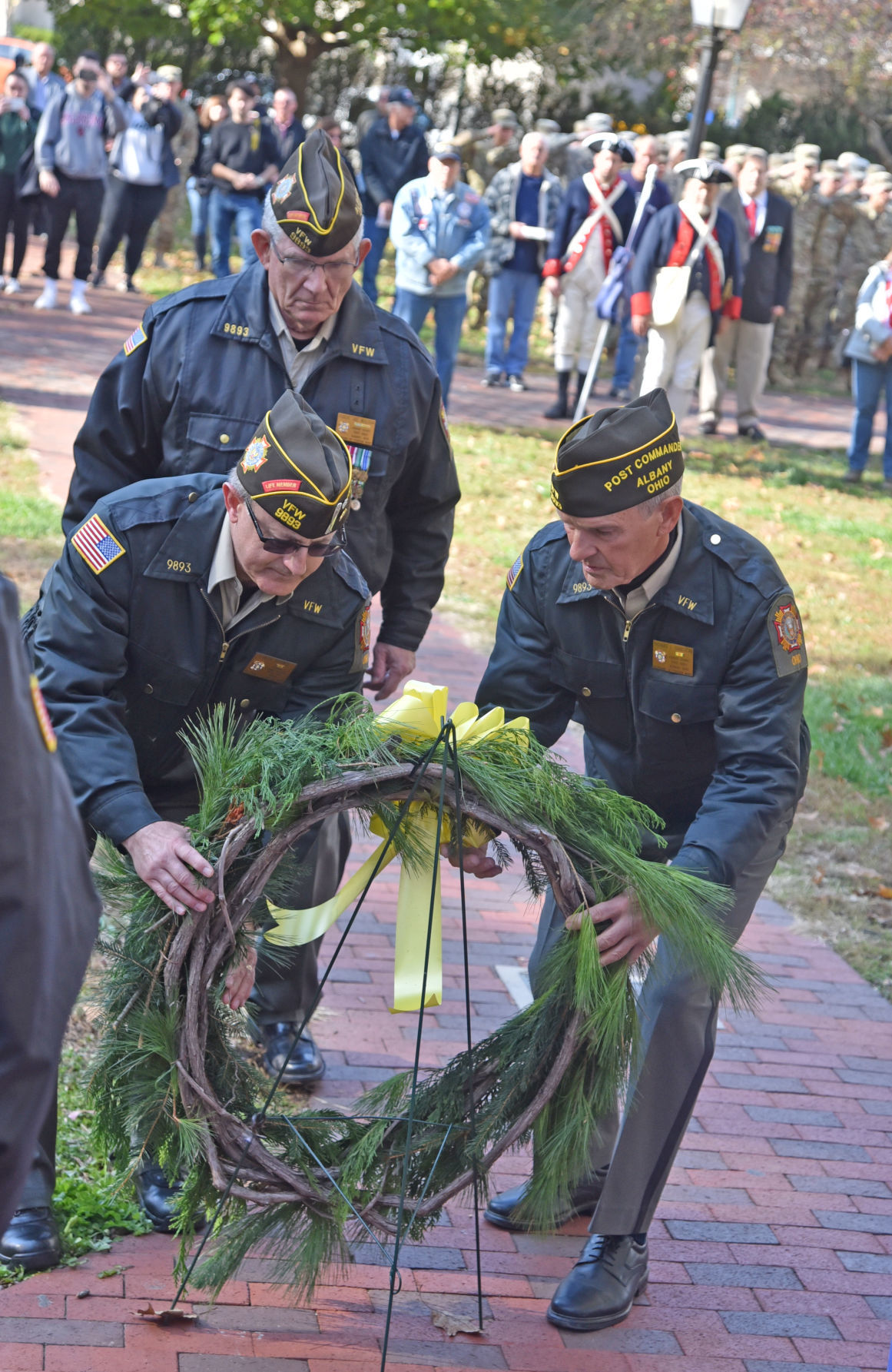 A group of veterans move the ceremonial wreath near the Soldiers and Sailors Monument on College Green. 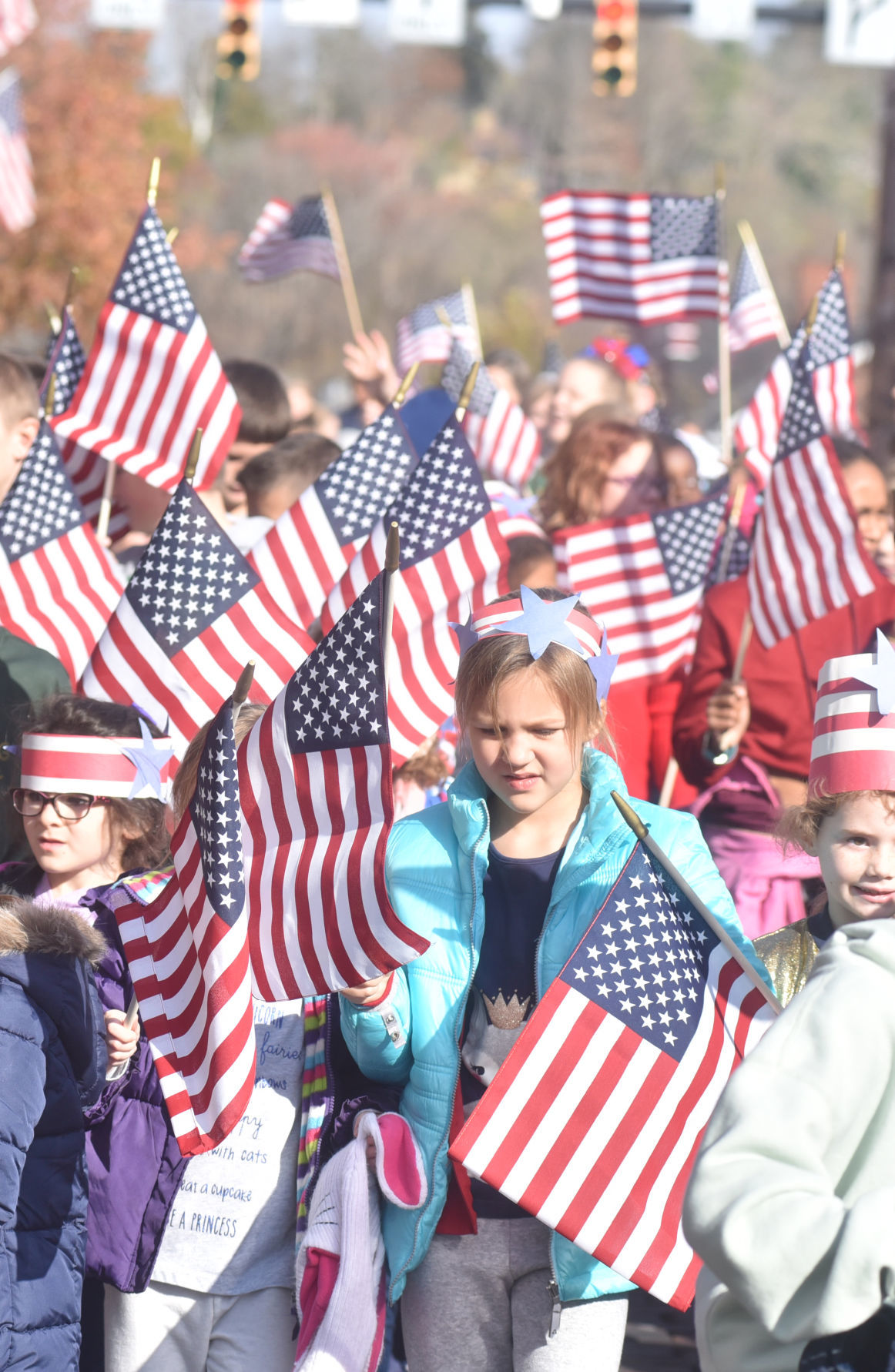 People of all ages paid tribute to veterans at Monday’s parade and ceremony. 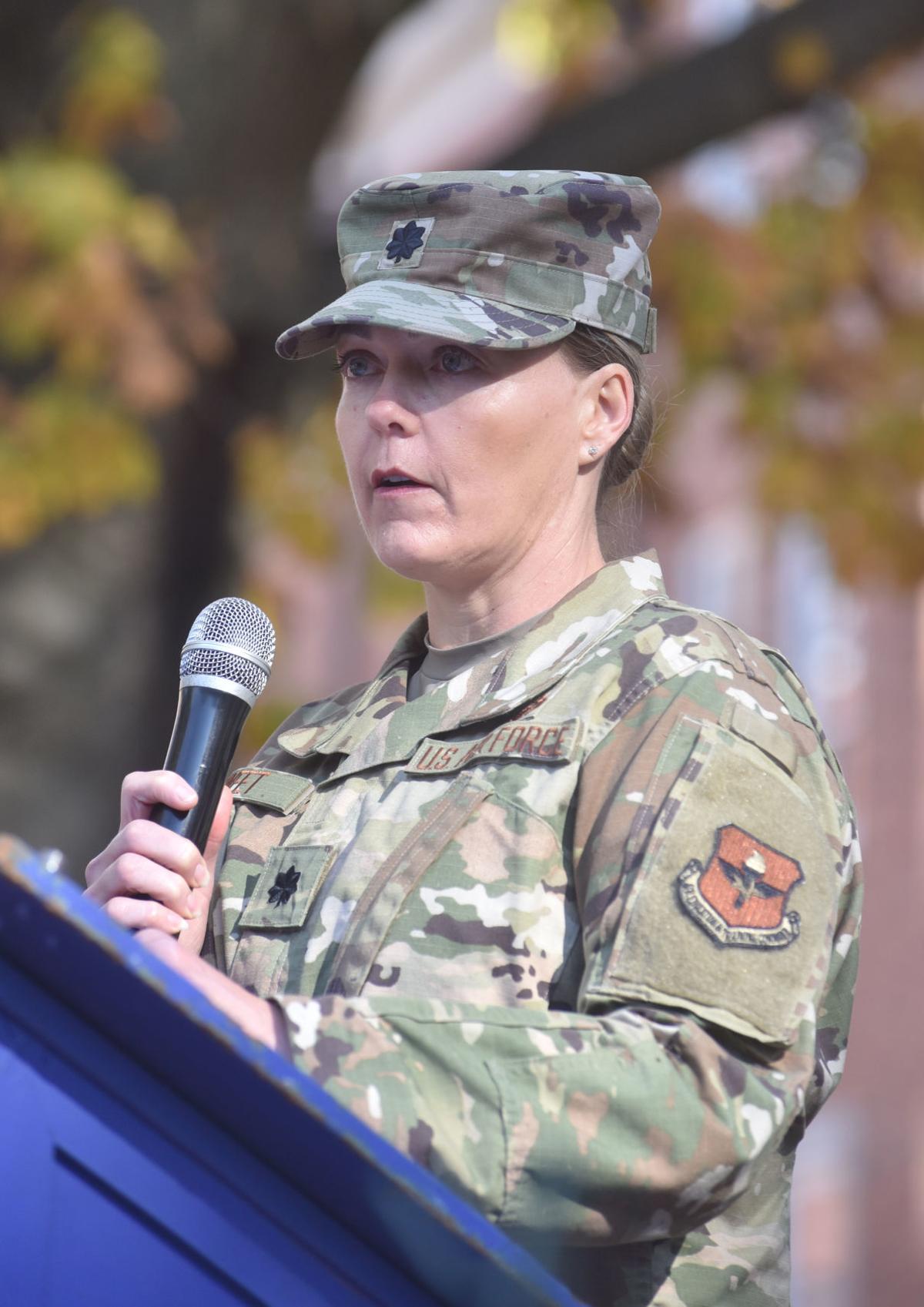 A group of veterans move the ceremonial wreath near the Soldiers and Sailors Monument on College Green.

People of all ages paid tribute to veterans at Monday’s parade and ceremony.

Note: This story appears in the Tuesday, Nov. 12 newspaper on Page A1.

Around the Soldiers and Sailors Monument a crowd gathered Monday, underneath calm, blue skies, though it was pointed out there are service members around the globe in far less comfortable conditions.

Many people came to recognize and honor Veterans Day in Athens with the traditional ceremony on College Green. Present were veterans organizations from throughout the area, along with high school bands and groups of children learning for the first time about the sacrifices made by those who serve.

This year’s ceremony theme was, “A Land of the Free, Because of the Brave.”

Mayor Steve Patterson read a proclamation paying tribute to veterans and their families. He was followed by featured speaker Lt. Col. Layla Sweet, commander of The Bobcat Wing — Ohio University’s Air Force Reserve Officer Training Corps Detachment 650. Sweet is also a professor of aerospace studies at OU, and has a host of military decorations from her 26 years of service in America and abroad.

Sweet highlighted the sacrifices made by service members, saying the most difficult part of deployment was being away from her family. She mentioned the many thousands of active service members away from home this holiday season, and called for those present to give thanks to veterans who have returned home.

The ceremony featured songs from the Athens, Alexander and Federal Hocking bands, as well as from singer Joann Wolfe, who led the crowd in a group singing of America the Beautiful.

As is tradition, the ceremony concluded with the releasing of doves over College Green.