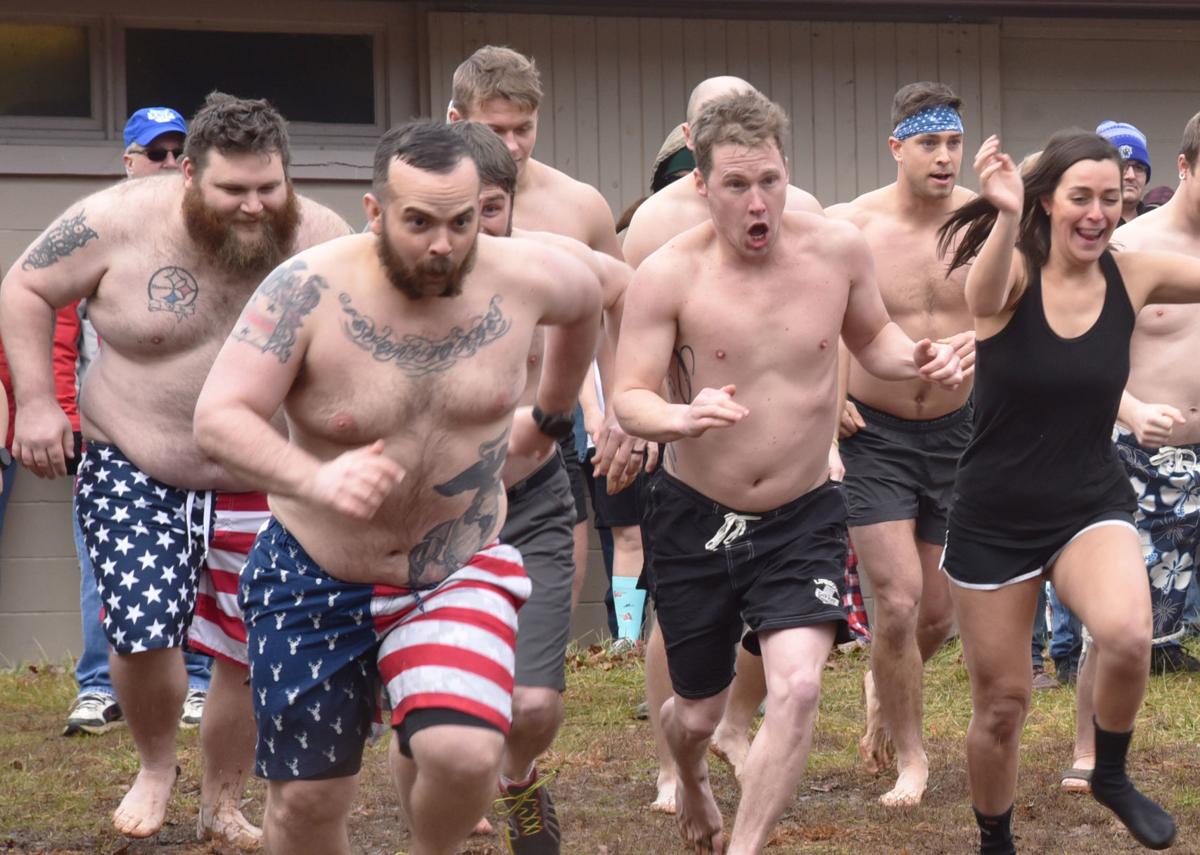 Hocking Valley Bank and Edward Jones Jumpers put on brave faces while running into the water. 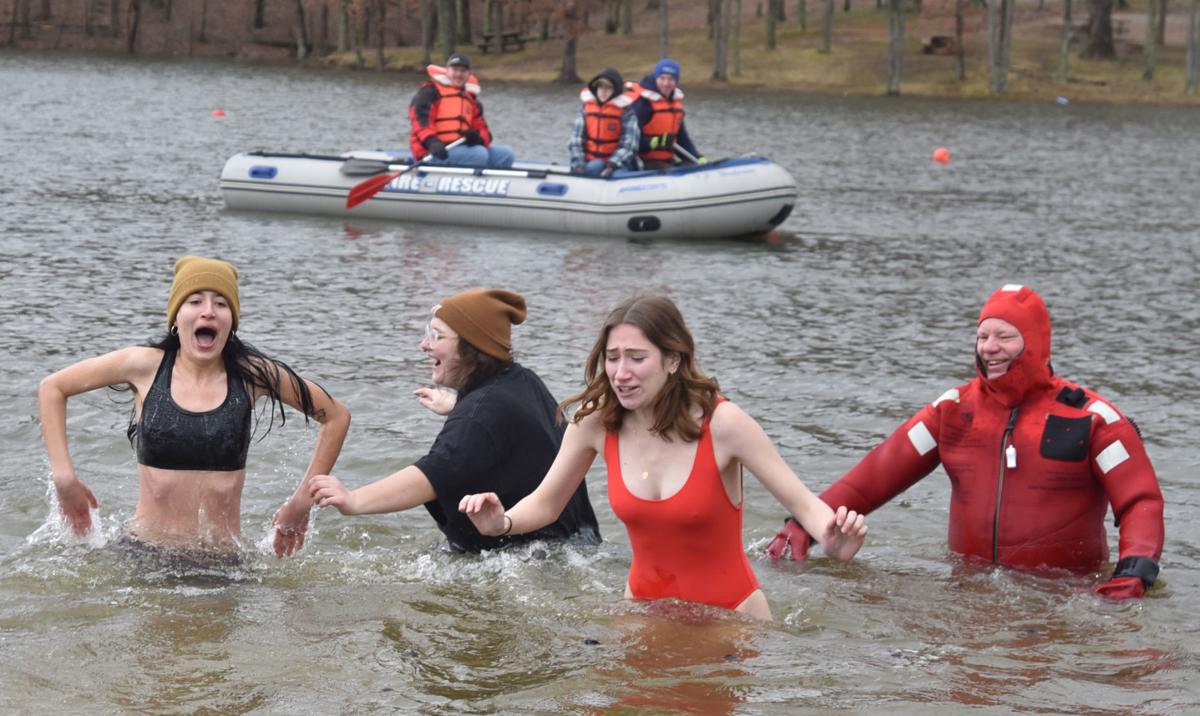 Rocky Customer Care/ ACR Rock Lobster experience a rude awakening to the temperature of the water.

Hocking Valley Bank and Edward Jones Jumpers put on brave faces while running into the water.

Rocky Customer Care/ ACR Rock Lobster experience a rude awakening to the temperature of the water.

ALBANY – With an air temperature of 40 degrees and Snowden Lake completely devoid of ice, this year’s VFW Polar Bear Plunge on Saturday, Jan. 25 was a far cry from last year’s frozen event, where they had to carve holes in the two-inch thick ice – but that doesn’t mean that it wasn’t still cold.

“It was very cold,” Alexander High School Senior Todd Norris said through chattering teeth. Norris was part of a group of around 15 high school students from the Interact Club, a high school division of Rotary International.

Norris was one of the many individuals who braved the cold waters to help raise money for the Beacon School PTA and Ohio charities. This was the second year for the event, hosted by Albany VFW Post 9893. In the inaugural year, the event raised $8,000. This year, with 180 people preregistered they had nearly double the amount of participants from last year wade into the freezing water.

“It’s just amazing,” said Kevin Davis, Superintendent of the Athens County Board of Developmental Disabilities, which runs Beacon School. Davis, wearing chili pepper swim trunks, was the first one to dive into Lake Snowden this year.

According to Davis, this event is a prime example of the level of support that the school receives from the community. “It speaks to two things, one the support for Beacon schools, but two, just how many crazy people there are in Athens,” Davis said with a laugh. “It takes a special kind of person to get out there and do this. We’re glad that their willing to come out and support Beacon Schools. “

Part of what makes the event a crazy one is the costumes. The Polar Bear Plunge gives a chance for participants to dress up in creative and fun costumes.

A few of the costume highlights from this year were dinosaurs, a zebra jockey, tutus, a retro USO girl, Spiderman and a penguin. The winner of the costume contest was Jeff Havens, member of the Albany VFW, who dressed as Spiderman.

In addition to the VFW, the event was made possible thanks to volunteers from the community, schools, and the local fire departments. Albany, Waterloo, Jacksonville, and York fire departments all had volunteers working the event, to ensure the safety of the participants both in and out of the water. In total, 40 firefighters were on hand for the event.

Suzanne Ferraro, originally of California, was a first time participant in VFW’s event. She appropriately dressed as a penguin for the occasion, and though she knew she would be freezing by the end, she did not seem to mind. “Anytime you can donate to charity and have fun doing it, its well worth it,” Ferraro said.