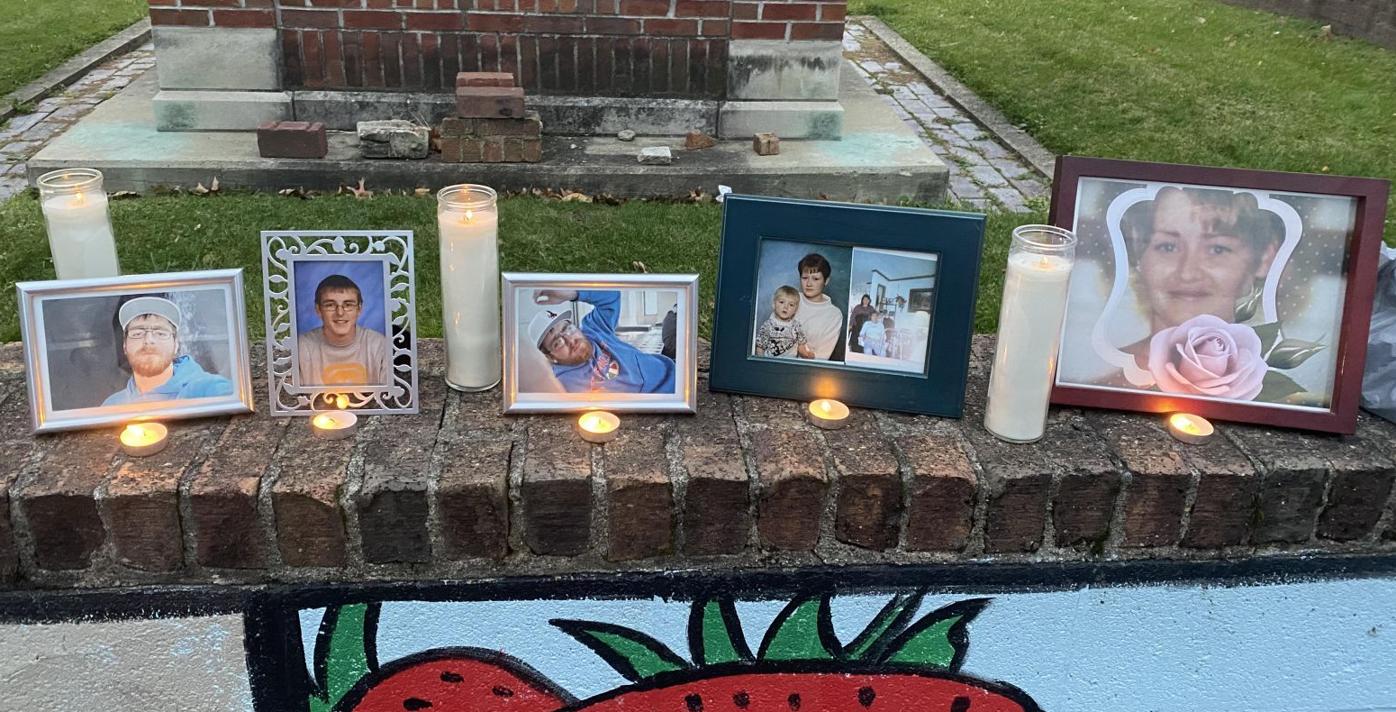 Over 70 people gathered this weekend in near-freezing temperatures to remember Kyle Bridgeman, a Nelsonville resident who was recently found after more than five months of searching.

“It surprised me so many came out in the cold, and I appreciate every one of them,” said Linda Johnson, Bridgeman’s grandmother. “A lot of people loved him. He had a kind soul and we’re all gonna miss him.”

Nelsonville resident Brenda Farley, who is close with Bridgeman’s grandmother and described Bridgeman as a good friend too, was also impressed by the turnout.

“The support that we have tonight is mind-blowing,” Farley said.

The vigil, held in the old Fruth parking lot near the Nelsonville Public Square, featured remarks from Bridgeman’s family members as well as religious leaders.

“It’s heartwarming,” said Joe Edwards, a relative of Bridgeman. “A lot of people care about him, a lot of people I don’t even know. I’m glad the community came together and shared their love and support for him.”

The event provided an opportunity for friends and family of Bridgeman to mourn his loss collectively, after months of uncertainty.

“I think people should know that Kyle — he was a forgiving person,” Farley said. “He loved life. He loved his grandmother more than anything. And his dog, he was always posting pictures of his dog: ‘this is my baby.’ The fact that he’s gone is horrible.”

Jordan Jones said he knew Bridgeman since they were both young children. The pair went through school together, and Jones described Bridgeman as one of his closest friends.

“He had the kindest of souls and the kindest of hearts,” Jones said. “He was so loyal. He would run through a brick wall for you — and vice versa. We had each other’s backs. I’d rather have one friend like that than a thousand fair weather friends.”

Jones said he struggles to understand the loss of his friend.

“I don’t understand why this happened to him,” Jones said. “It makes no sense to me. I just don’t get it.”

Johnson said she is relieved her grandson was finally found.

“I’m glad he’s been brought home, and we’ll be able to put him to rest with his mom,” Johnson said.

As The Athens Messenger reported, the Athens County Sheriff’s Office and the Athens County Prosecutor’s Office discovered remains they believe to be Bridgeman’s on Wayne National Forest property on Nov. 10. Bridgeman was first reported missing in early July, and the investigation into his disappearance and death is ongoing.