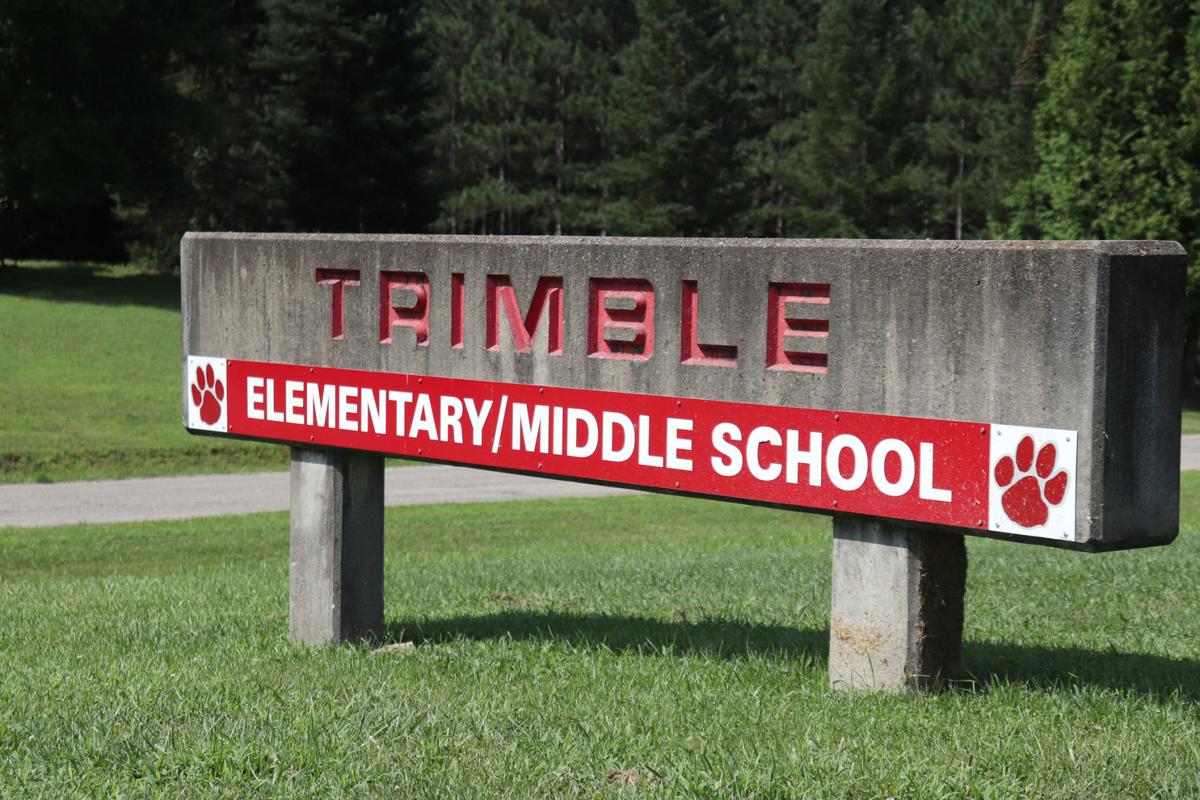 Seen is the entrance to Trimble Elementary/Middle School. 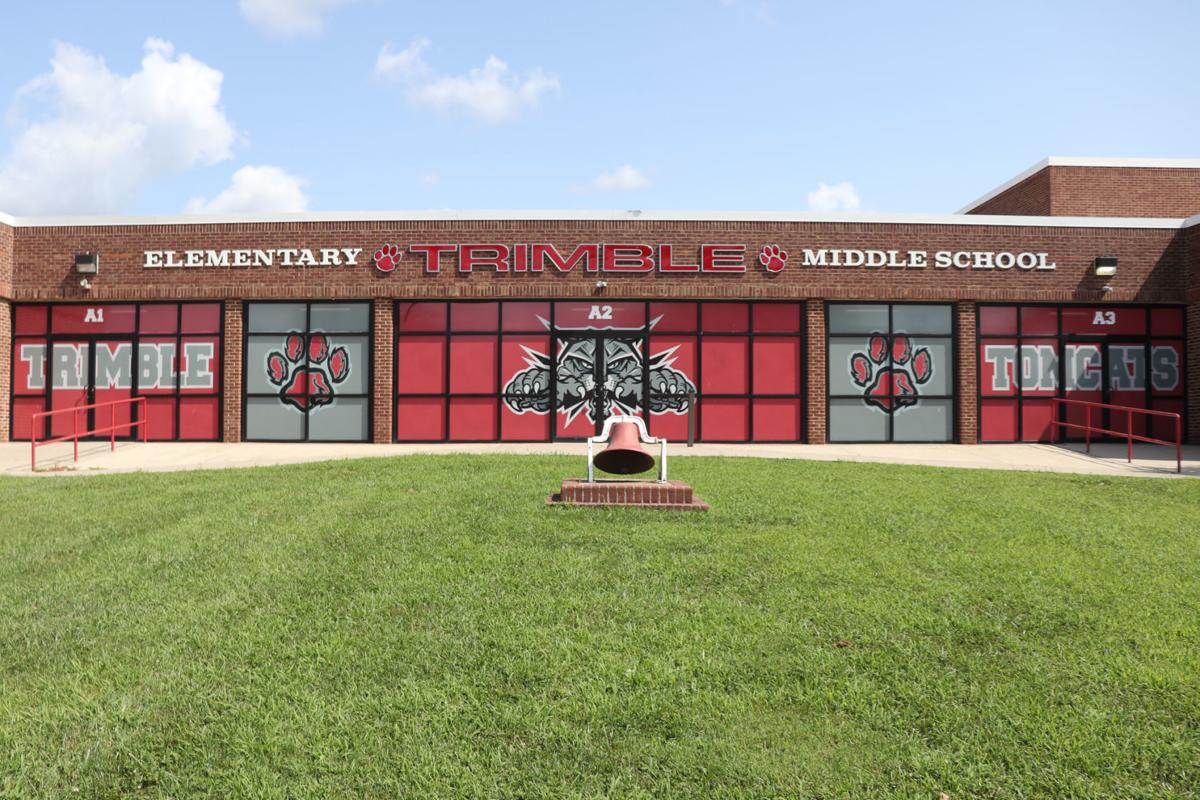 Trimble Elementary/Middle School received some upgrades to the front of its building in 2019. The new window coverings also help with safety.

Seen is the entrance to Trimble Elementary/Middle School.

Trimble Elementary/Middle School received some upgrades to the front of its building in 2019. The new window coverings also help with safety.

Note: This story is part of a weeklong series providing insight into the Ohio Department of Education’s report card data for each Athens County school district.

This story appears in the Friday, Oct. 4 newspaper on Page A1.

He points to the fact that it strictly rates school districts on their academic results.

“While we continue to find ways to improve our general overall performance, it is our belief we do many positive things to support the whole child here at Trimble Local Schools,” Hurd told The Messenger in an email, “not only educationally, but also socially, mentally and physically.”

Those latter areas are less easily defined. In the case of the report card system, those avenues of district involvement are not considered whatsoever.

There is also the concern of systemic unfairness.

“As in past years,” Hurd wrote, “this report card process still holds the stigma of social economic bias. Students who are economically disadvantaged tend to score at lower levels than their peers who live in a more affluent environment throughout the state.”

Until that disparity is addressed, the superintendent believes, the report card system is “not a true measure of student achievement in Ohio.”

The other bright areas for Trimble — community involvement, athletic prowess — are not considered to be within the report card purview. The Progress segment does not contemplate a regional fundraising effort to build a new football stadium. The Prepared for Success component does not weigh the Pride Pack program’s ability to keep students in need fed while home on the weekends — an endeavor which definitionally allows young Tomcats to live and succeed.

Still: the report card results are what they are. For Trimble Local Schools, the state sees room for improvement in just about every facet of academic performance. So it goes.

There are 24 indicators that make up a district’s Achievement score. One is related to “chronic absenteeism,” a problem the state says Trimble does not suffer from.

Each of the remaining 23 indicators reflect a state test, per grade level and subject: for instance, fifth grade science and high school algebra.

A district has to have 80 percent of its students pass a given state test to get an indicator check mark.

Like the Nelsonville-York and Federal Hocking school districts, Trimble went 0-for-23 in these categories. Only a few subjects were particularly close to that 80 percent mark: high school biology (74.5) and U.S. government (71).

It is difficult to discern much of a trend, besides a general districtwide struggle on these state tests. For example, just 48 percent of fourth graders scored “proficient” in the language arts test; that number rose to 63 percent among fifth graders, then dropped precipitously to 31 percent among sixth graders.

Trimble received a D on this component, as it did last year.

This component looks at how students fared on state tests compared to the year before.

The state gave Trimble a D on this component, down from a C in 2018.

Two subgroups of students — those who measure in the lowest 20 percent in achievement, and those with disabilities — made little to no progress from a year before. Students reported as gifted did make some progress, but the overall student body did not. This led to a drop in component grade.

“(O)ur focus has always been at Trimble Local that we grow our students at least one year academically,” Hurd wrote wrote, “as a district we fell short of this goal and it will be an area of focus for the 2019-20 academic year.”

In this component, the state tracks how certain categories of students fare compared to Ohio’s average: minority students, those who are “economically disadvantaged” and those with disabilities.

Poorer students perform about as well, but those with disabilities do considerably worse than others around Ohio.

The state gave Trimble an F in this component, as it did last year.

This is an area where Trimble did make improvement from a year ago.

Of the Tomcat students who entered Trimble High School as freshmen in 2014, 83 percent of them graduated in 2018.

That mark is still below the state average, but is higher than 79 percent recorded in 2018.

The five year graduation rate is only a tick higher at 84 percent, which trails the rest of Athens County.

Districts are supposed to monitor the reading ability of each student. The goal is for all students to be proficient in English language arts by the end of 3rd grade.

For those who are “not on track,” teachers create an individualized plan to get them back “on track.” This component judges a district’s ability to identify the struggling readers in their early years and guide them to read well by the third grade.

In one sample of 130 Trimble students who started “off track,” a total of 38 were moved to “on track.” That’s a subpar total, the state determined, though it is a slightly better percentage than Trimble recorded last year.

Just 47 percent of third graders scored “proficient” on the state language arts test; 91 percent of students did however meet the reading requirements to be promoted to the fourth grade.

Trimble received a D on this component as it did last year.

The state believes Trimble could be doing more to educate its young students and get those who are struggling back “on track.” Hurd said the district has plans to implement tutoring for K-3 students and develop a plan for “summer loss prevention” to make sure kids are retaining information from one school year to the next.

This component tracks all the ways a school district can prepare students for life after graduation.

“Whether training in a technical field or preparing for work or college, the Prepared for Success component looks at how well prepared Ohio’s students are for all future opportunities,” the report card states.

Trimble once again received an F.

A vast majority of students participated in the ACT and SAT tests, which is a positive marker. One-in-six graduated with an honors diploma, or a better rate than three of the other four school districts in Athens County.

Just 7 percent of graduates earned any college (“dual enrollment”) credit while at THS, though, and just 5 percent took any Advanced Placement classes.

Only a few students graduated having already earned an industry-recognized trade credential.

The state would like to see these totals rise in future years to help Tomcat grads succeed.

"As in past years this report card process still holds the stigma of social economic bias."