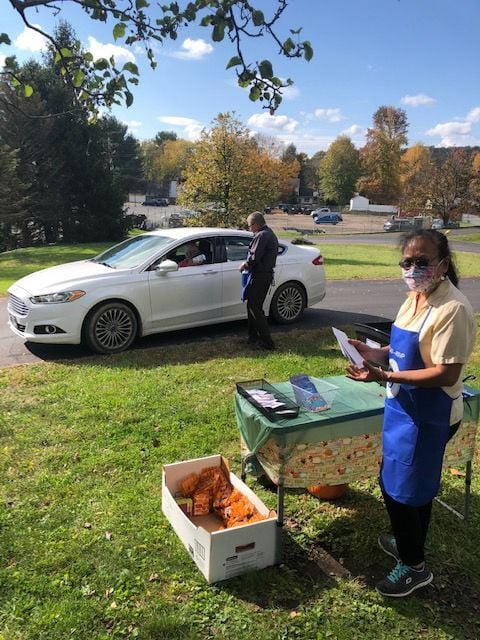 Nellia Underwood helps hand out gift bags to other RSVP volunteers during a celebratory drive-through event. 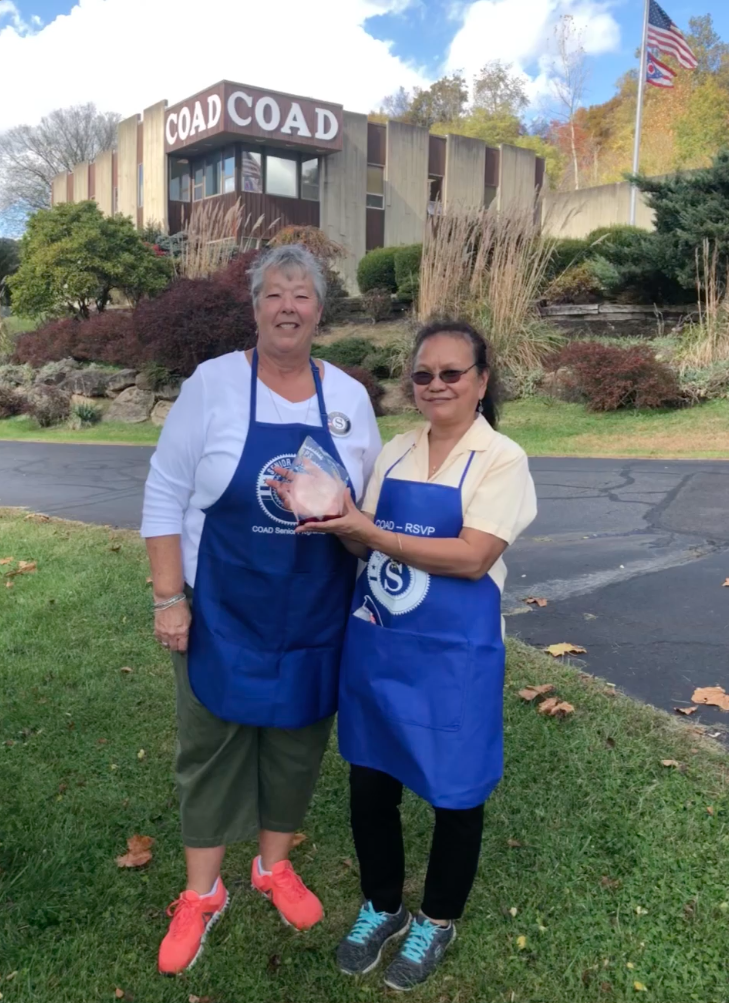 Underwood, left, and Cline-Scurlock, right, pose for a photo together as Underwood holds the 2020 SEO Volunteer of the Year award.

Nellia Underwood helps hand out gift bags to other RSVP volunteers during a celebratory drive-through event.

Underwood, left, and Cline-Scurlock, right, pose for a photo together as Underwood holds the 2020 SEO Volunteer of the Year award.

Note: This story appears in the Thursday, Oct. 29 newspaper on Page A3.

A longtime Athens County volunteer has been honored with a regional state award from the Ohio Commission on Service and Volunteerism, ServeOhio, due to her involvement with the program.

Nellia Underwood is a volunteer through the RSVP Senior Corps program, serving over the past five years in Athens at the Corporation for Ohio Appalachian Development (COAD). However, that barely scratches the surface of her volunteerism.

Teresa Cline-Scurlock, RSVP Regional Manager for Athens-Hocking Counties, noted Underwood’s involvement with other groups, including volunteering to serve Filipino-American Association in Athens and as a Blood Donor Ambassador at the American Red Cross. At COAD alone, Underwood has served over 1,000 hours over the course of her five years there.

“She’s the true definition of a dedicated volunteer,” Cline-Scurlock said.

Because of this, Underwood was named the Southeast Ohio Volunteer of the Year.

The 2020 ServeOhio Awards, sponsored by American Electric Power Foundation, recognize outstanding people, groups and initiatives in each region of Ohio who make great contributions to their communities through service and volunteerism, gifting each with $1,000 as well. Underwood opted to donate this award to the COAD Senior Programs Division.

Illustrating her selflessness, Underwood helped with the back-end efforts of a recent celebration held for the volunteers who help at COAD through RSVP.

Cline-Scurlock explained that each year she seeks to thank the couple dozen volunteers, all over 60 years old, with a luncheon. These elderly, at-risk individuals have continued to volunteer their time and efforts in transportation services and other aspects of COAD without faltering through the pandemic.

This year, a drive-through event, staffed by Cline-Scurlock and Underwood, presented each volunteer with a bag of gifts to let them know how much their work is appreciated.

“Nellia has inspired us by her time and talents shared with COAD as well as the American Red Cross of Athens, and Filipino-American Association,” Cline-Scurlock said. “Nellia has made well over 600 masks which have been donated to people in need in our community. We are delighted to honor Nellia and to recognize the service she has given to strengthen her community.”