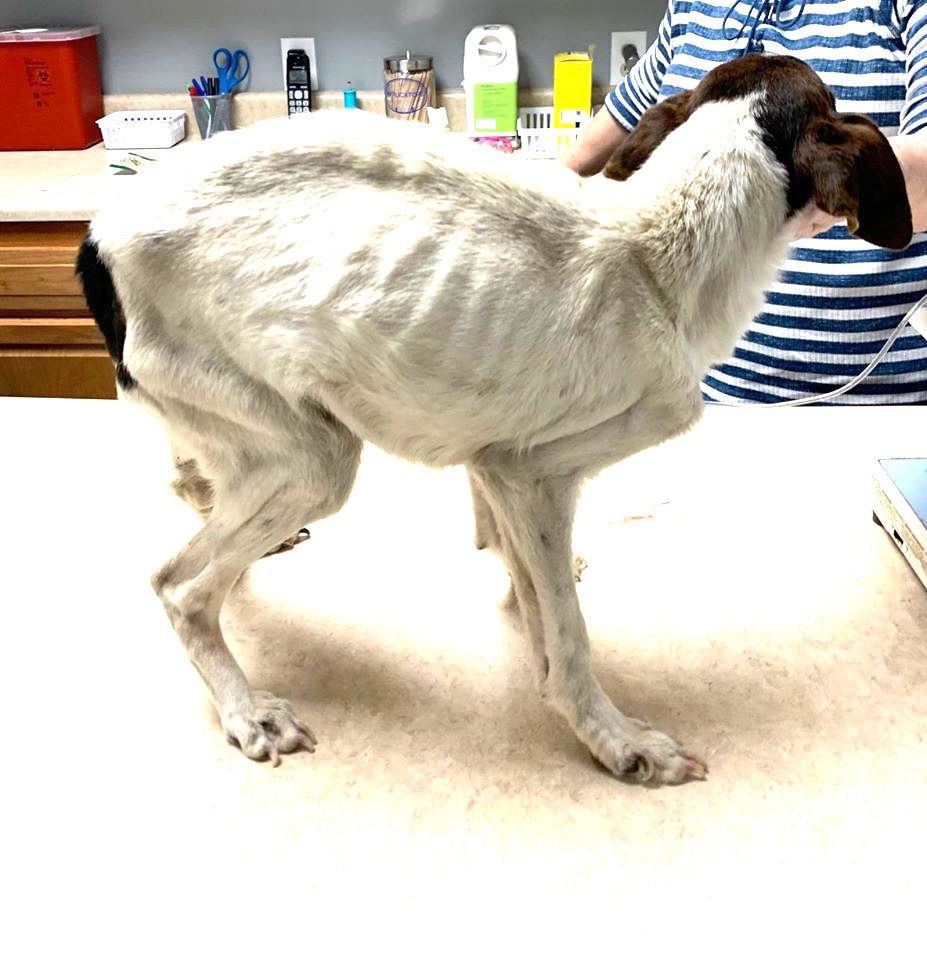 Several of the dogs found in Deer Creek Park over the weekend were all skin and bones. The Humane Society has been feeding and treating all the dogs with extreme care in order for them to get healthy again. 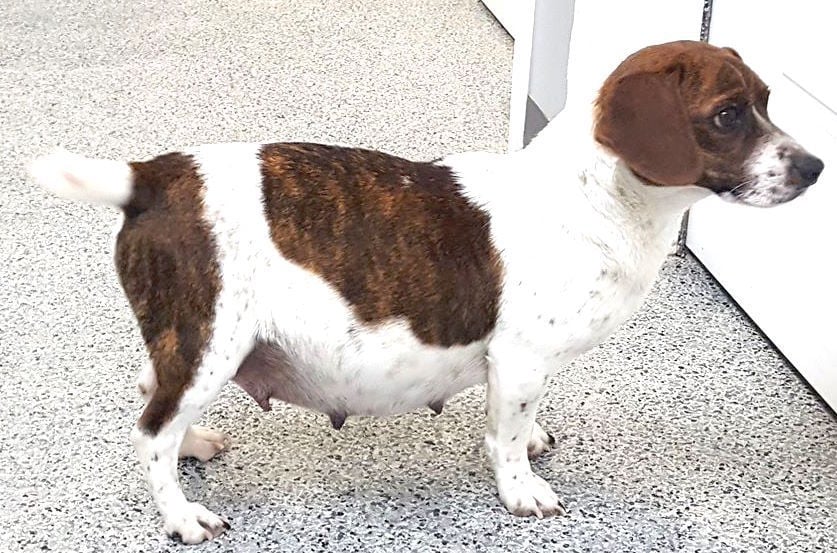 This dog is pregnant and is expecting to have upwards of six puppies according to local vets. She was one of the many located in Deer Creek Park this past weekend.

Several of the dogs found in Deer Creek Park over the weekend were all skin and bones. The Humane Society has been feeding and treating all the dogs with extreme care in order for them to get healthy again.

This dog is pregnant and is expecting to have upwards of six puppies according to local vets. She was one of the many located in Deer Creek Park this past weekend.

CIRCLEVILLE — Life’s best friends deserve the same care and respect given to anyone; however, over the weekend, a group of animals were found in a park in Pickaway County malnourished and abused.

The Circle Area Humane Society has taken custody of the animals in hopes that they can find a forever home for them, as well as nurse the animals back to health.

Representatives working for the Ohio Department of Natural Resources (ODNR) responded to calls of animals roaming the Deer Creek State Park Sunday night, specifically around the beach area near some of the picnic areas. Three dogs were collected that night.

“Whoever did this, made sure that they were way far away where nobody would ever find them,” Humane Agent Pamela Mount told The Circleville Herald.

ODNR contacted the humane agency located along Island Road in Circleville to take care of the animals who were frightened. Altogether, a total of five dogs and two pot belly pigs were transported to the agency, with the last found Monday morning, including one locked inside a portable restroom. One of the dogs is expecting a litter of puppies.

“Inside that porta-potty, we discovered another dog,” Mount said. “Nothing was left for it. No food, no water or anything and it was frightened. I hate to think what it’s been through.”

Mount added that she found another emaciated dog roaming the park. She stated that it is unclear if the dog belongs in the pack of other animals found but it has been taken to the facility due to its condition.

The dog found in the porta-potty was in grave condition when it was found. Mount described the dog as laying in the fetal position.

All of the animals found were immediately treated for malnourishment and tested for other health aspects as some of them looked as if they had not eaten in days, including one that looked to be an emaciated puppy. All of the dogs found were not fixed or neutered, which lead to the agency traveling to a local veterinary clinic in the area. The humane agency does not have an in-house vet.

Around Monday afternoon, the Circle Area Humane Society published images on its social media page showing clearly how some of the dogs were treated. One small pup was skin and bones which, according to Mount, would not have survived without the rescue.

“It wouldn’t of made it through the night if ODNR did not bring them in that night,” Mount emphasized. “We got it emergency vet care and it’s doing better. They are actually running in the hallway right now.”

Coming into the Circle Area Humane Society facility, the recently abandoned dogs are in better spirits but are still recovering from the ordeal. Mount commented that the dogs seemed to be happy being brought into the facility, even though they have no such reason for being in such a mood.

Most of the animals found at the park remain under the care of a local veterinary clinic as of Tuesday. Mount added there may be more dogs in Deer Creek Park, and although she has not seen more, she encourages community members to reach out to the facility if they spot any in that area.

“I’m hoping that we got all of them,” Mount said. “But we are going to continue to comb the area just to make sure.”

Another dog found appeared to be “fat” or overweight. After visiting with a local vet, it became clear the dog was pregnant and is expecting to give birth to around six puppies. The litter is expected any day now.

The two pot belly pigs rescued from the park were placed in foster care as of Tuesday morning. The rest of the animals found are going through continuous treatment in order for them to become healthy again.

“When you can see their bones, you know that they haven’t been treated right,” Mount commented. “This hasn’t happened over night, so whoever dumped them wasn’t taking care of them.”

The Circle Area Humane Society is asking for donations to help with the dogs, as well as other animals in the facility, in order to get the treatment they need. The facility primarily operates on donations with volunteers helping when they are able. Community members interested in donating to the facility may do so at circleareahumanesociety.com.

The organization has posted some updates on the animals' conditions, including the puppy, who the staff has named Paul and has gained 2.5 pounds, according to the Circle Area Humane Society Facebook page. The pregnant dog has not yet had her litter. The animals are described as in good spirits.

The Society is seeking information on who may have dumped the animals at the park. Anyone with information can leave an anonymous tip with the facility at 740-474-8690.