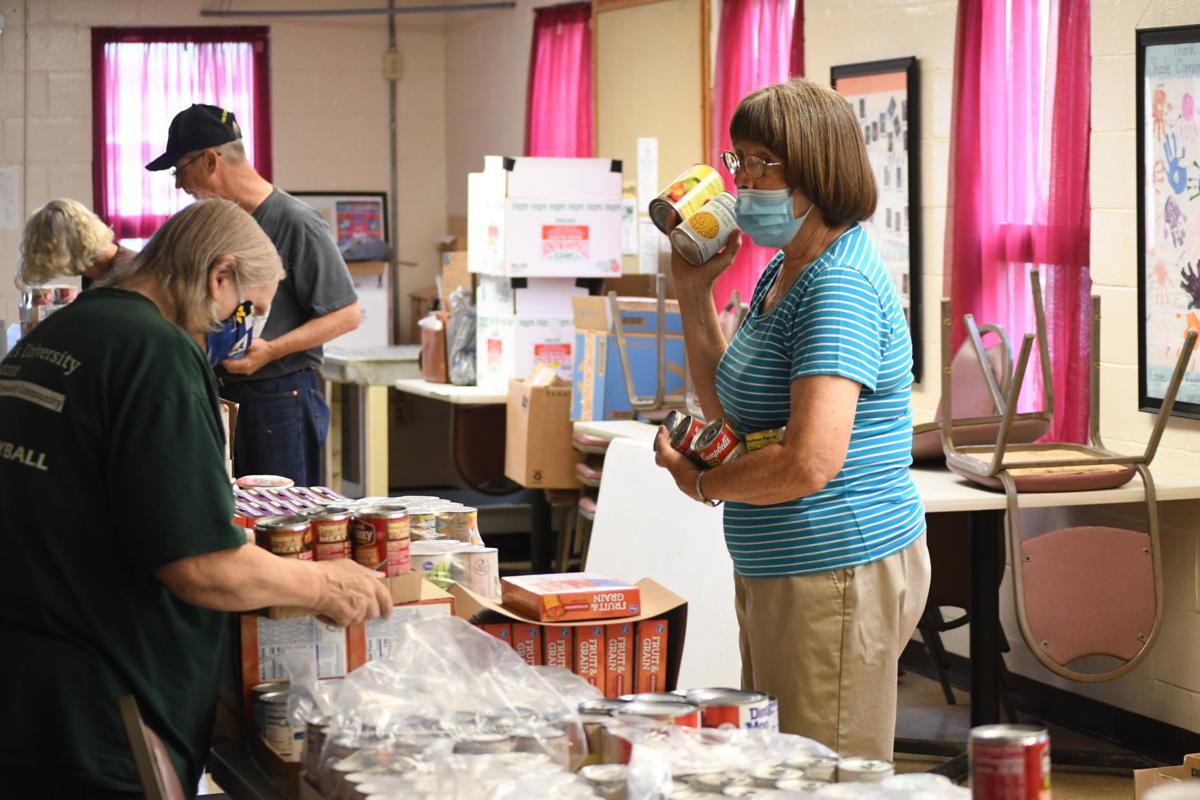 Volunteers from the Shade Community Center Association sort through food for distribution. 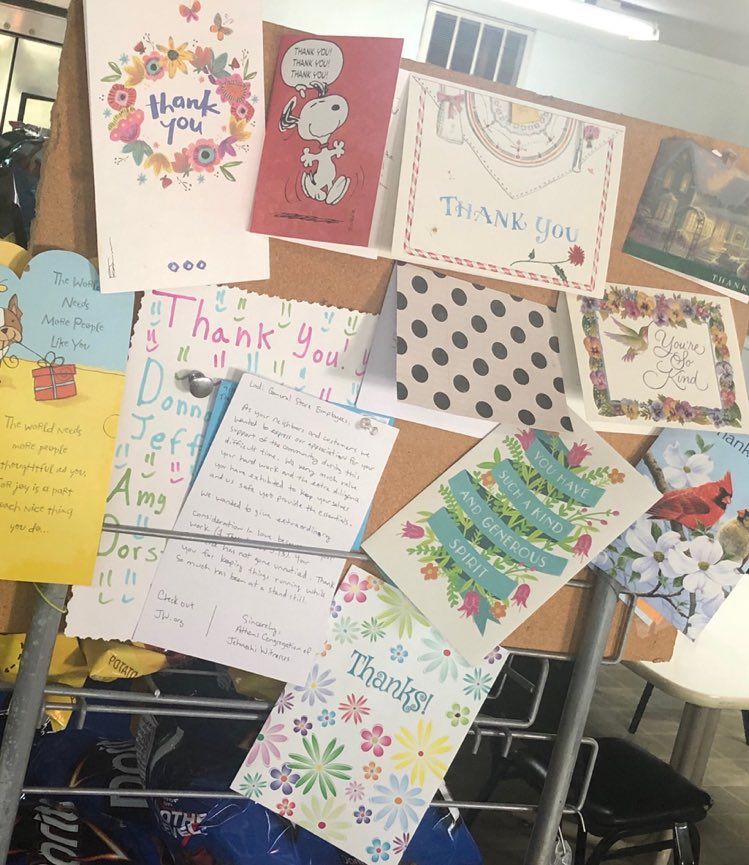 Thank you cards on display at the Lodi General Store.

Volunteers from the Shade Community Center Association sort through food for distribution.

Thank you cards on display at the Lodi General Store.

During a global pandemic, having to worry about where your next meal is going to come from is something that many people have unfortunately had to worry about. Shade, the small community in Lodi Township has its fair share of challenges during the ongoing COVID-19 pandemic. Lacking in both public transportation and broadband internet access, many in Shade’s aging community have struggled with basic grocery shopping.

“We’re packing boxes of shelf-stable foods for the elderly and handicap people in our community,” Shade Community Center Association Treasurer Pat Davidson said. “This is a one-time delivery. However, we first identified the list of recipients when Avalanche Pizza started delivering food.”

Since mid-March, Avalanche Pizza has been providing boxed lunches at different locations around the county in response to the pandemic, which has left many out of work and students without access to school lunches.

Avalanche Pizza has been working with the Shade Community Center Association since early April. They deliver 100 boxed lunches to the Center every two weeks, the Foundation then handles the distribution.

Pam Bond, owner of the Lodi General Store, also worked to help provide for her neighbors with a hot meal to community members for five weeks, thanks to funding from a group of private individuals including the Enduro Motorcycle Club.

“I just asked the Enduro boys if they would be interested in going in and I would provide the meals,” Bond said. Bond has owned the Lodi General Store for 25 years and saw the need in the community as a chance to give back after years of support.

The first week they delivered 170 meals around the community. Over the next four weeks, Bond cooked hot meals for delivery on Wednesdays, reaching over 300 by week three.

Volunteers, including three Township Trustees, helped to deliver the meals. There were no qualifications to receive a meal.

“If someone called me, I didn’t ask questions,” Bond said. “Whether they were young, old, whatever, it didn’t matter.”

The meal deliveries continued longer than Bond anticipated, having only planned on the one week of meal deliveries, but community members and the Enduro Motorcycle Club kept dropping off financial donations.

“As long as I had money coming in I kept using it,” Bond said. “As it started out, I only intended it to be once, but it turns out everyone appreciated it.”

The recipients have shown their appreciation for the meals, many of whom have sent Bond thank you notes for the meals. The notes are on display at the Lodi General Store.

“It was a lot of hard work, but I’d do it again. I had good little elves, excellent little elves,” Bond said.

The Shade Community Center Association joined Avalanche and Bond in the effort to provide food for the community by delivering food boxes on Tuesday. The project was funded by an emergency response grant from the Athens County Foundation plus a matching donation from a community member.

According to Davidson, all three of these efforts are vital to the aging population in shade, many of whom do not drive and cannot get to the grocery store frequently.

“We’re very transportation challenged down here. There’s no bus line of any kind,” Davidson said. “The only even semi-public transportation of any kind down here is Athens on Demand (HAPCAP’s transportation service), and of course, they’re pretty thin on resources, so people try to use them wisely and not overtax them. So for a lot of folks, getting out to get groceries, go to the doctor or whatever is a challenge at the best of times, let alone under the COVID restrictions, so we felt it was important to reach out to people and make sure that people were getting basics, and getting what they need, and just know that people were thinking about them.”

However, a problem with programs that provide food services for the elderly is that often they require the recipients to contact the service.

“We don’t have broadband down here. We have a lot of older folks who don’t have computers or whatever. Trying to get the word out to people is almost impossible, it’s very difficult. So we all said, ‘well I know this neighbor or that neighbor down the road’, so we pulled together our own list,” Davidson said.

“Getting the food has been a bit of a challenge,” Davidson said, stating that due to the pandemic, placing bulk orders at local grocery stores proved to be difficult. Eventually, between shopping at three different stores, they were able to secure the items needed.

Overall, the project was a success with each recipient receiving a large box of food with enough items to last a while.

“We’ve been trying really hard to take care of each other down here,” Davidson said.