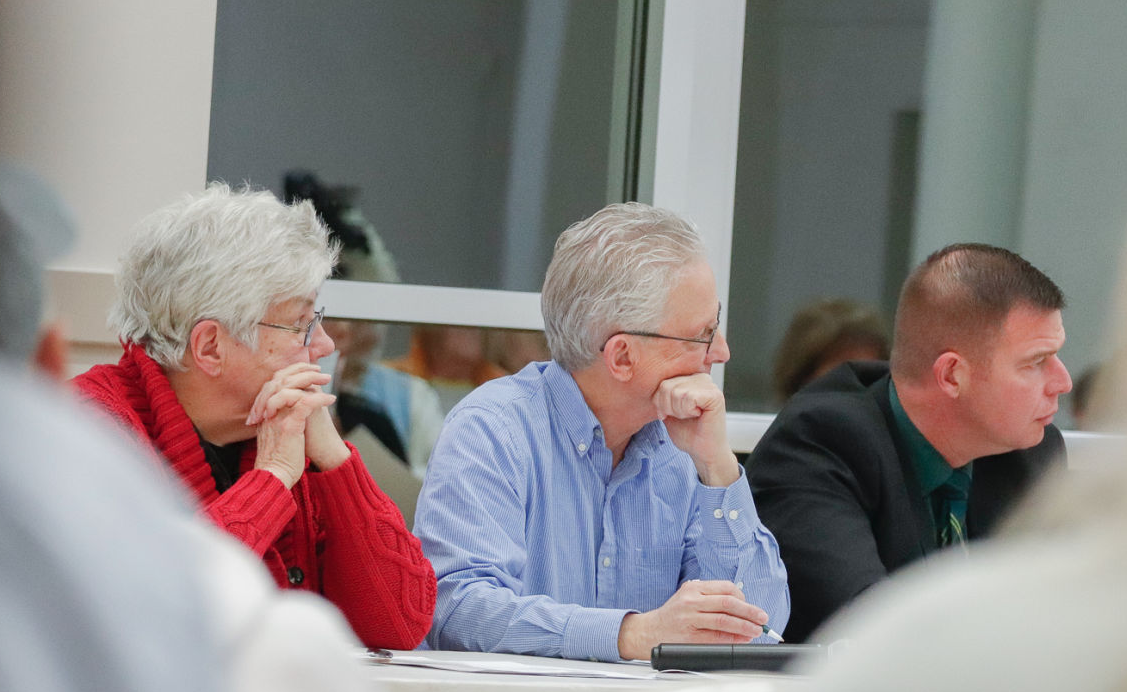 Members of the Athens City Planning Commission listen to opinions about zoning code and short-term rentals at Tuesday’s public forum. 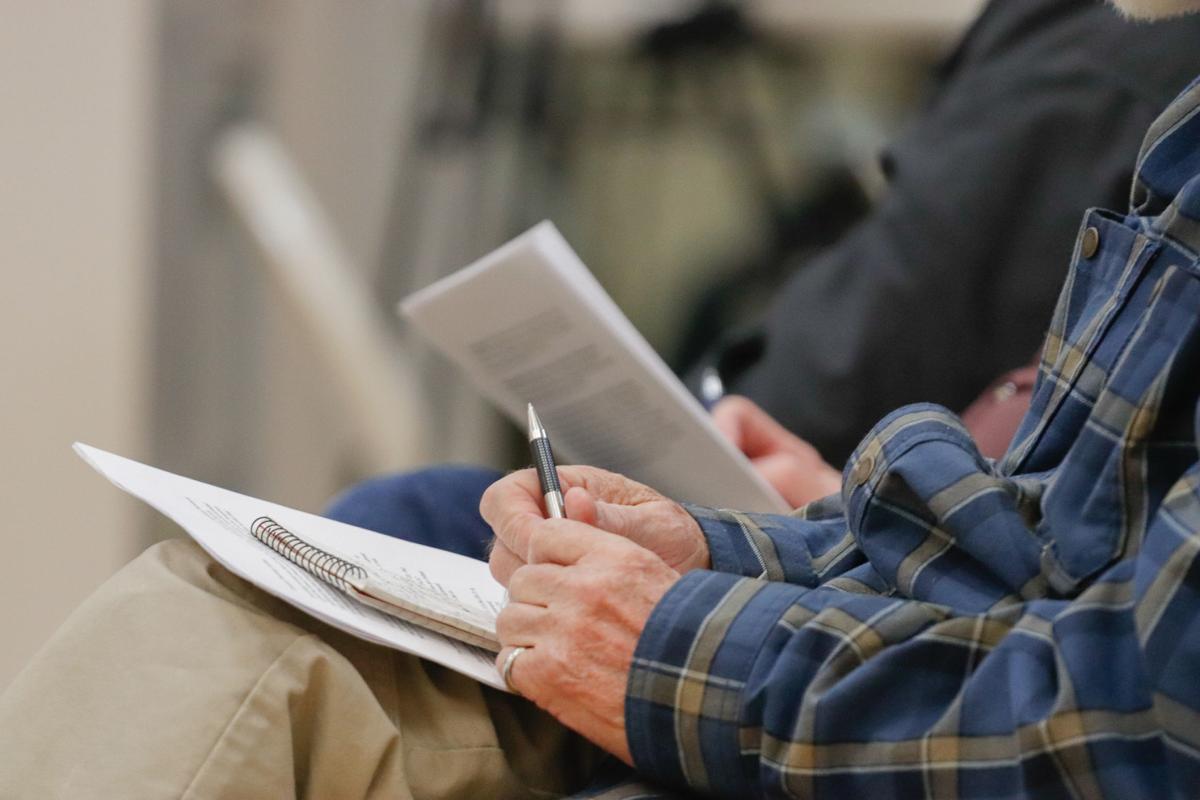 One resident brought a petition signed by 250 residents who oppose “tourist homes” operating within their neighborhoods. 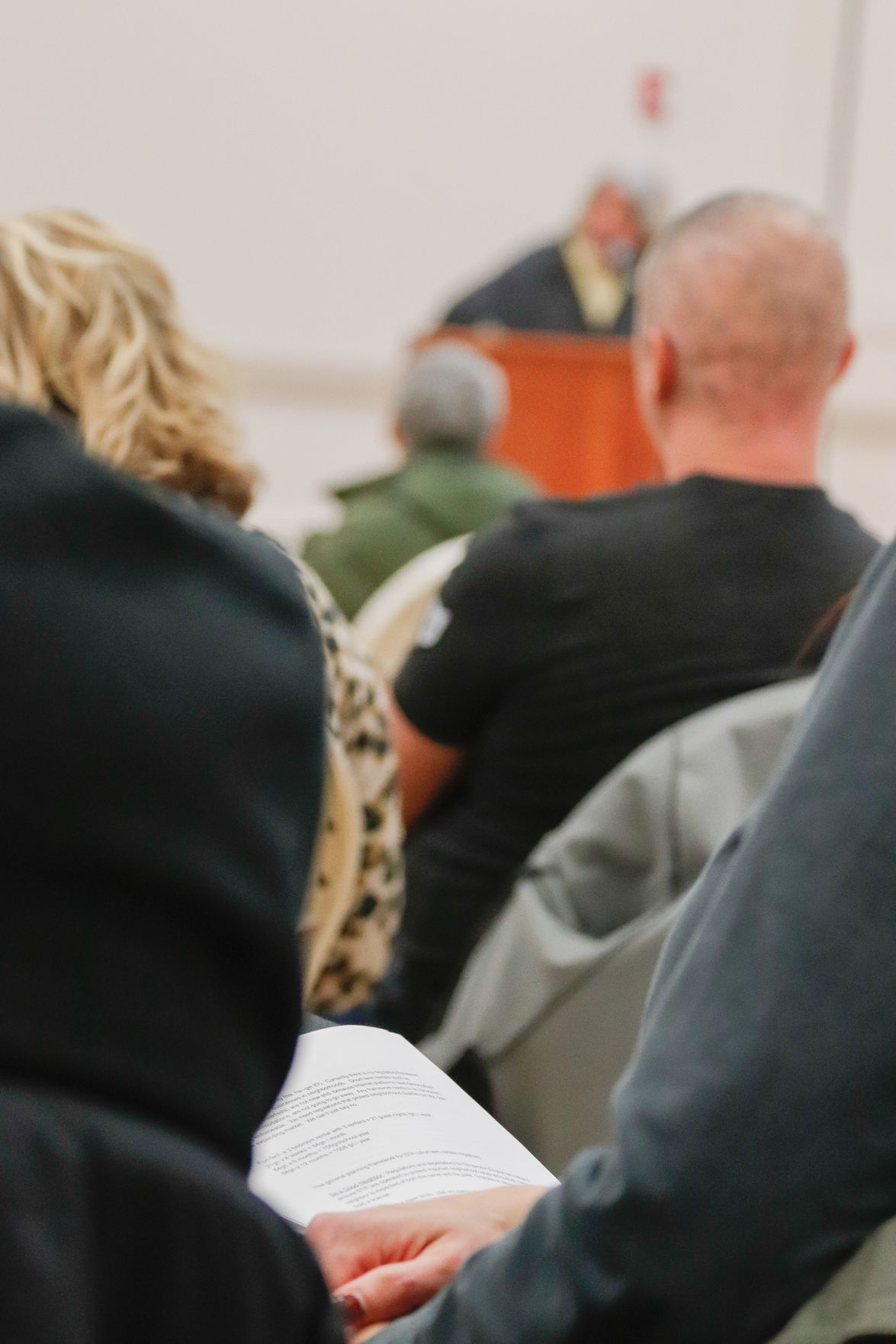 Members of the Athens City Planning Commission listen to opinions about zoning code and short-term rentals at Tuesday’s public forum.

One resident brought a petition signed by 250 residents who oppose “tourist homes” operating within their neighborhoods.

Note: This story appears in the Thursday, Nov. 21 newspaper on Page A1.

A number of residents made clear this week that they don’t want short-term rentals in their Athens neighborhoods.

The Athens City Planning Commission hosted a public forum at the Athens Community Center, allowing dozens of residents a chance to voice their opinions and offer suggestions about the issue of short-term rentals. The issue involves potential changes to the city’s zoning code.

Currently, there are little regulations surrounding short-term rentals (those under 30 days) in the city. Council member Chris Fahl has been spearheading efforts to implement a framework of new code for short-term rentals, noting that online platforms such as Airbnb have made renting of rooms common practice across the world.

There are several kinds of residential zoning in the city. The most stringent is R1 zones, which allows for one-family dwellings, parks, churches and other similar land uses. Long-term housing rentals (such as 12-month leases) are allowed in such zones.

R2 zones allow for one- and two-family dwellings, as well as other buildings allowed in R1 zones.

R3 zones are considered “multi-family” zones, which allows for hotels, boarding houses, dwellings for any number of families or units, and owner-occupied or owner-managed bed and breakfasts.

Then there are business zones, though short-term rentals are already allowed there and Tuesday’s forum largely pertained to residential zoning.

The main area in question seemed to be the R1 zones, with residents living in such areas speaking out against allowing short-term rentals within those neighborhoods.

A draft of the proposed legislative changes was available at the Tuesday night hearing. The resolution would allow for single-family houses/duplexes in R1 and R2 zones to rent up to two guest rooms for a short-term basis. It would also allow for “tourist homes,” which allow for up to 6 guests to stay in a dwelling for up to 30 consecutive days.

R3 zone code would also include those kinds of rentals, in addition to traditional bed and breakfast establishments, if the new changes are accepted.

“I think having a strict regulatory framework will help people who don’t want to turn to using their home as a rental, but now would have other options with short-term rentals,” Fahl wrote in an explanation of the proposed changes. “Or the idea almost all of us has had at one point — buying that rental next-door and saving it. Diversifying our housing stock and providing ways for people to stay in the neighborhood, helping to keep long-term residents is a good thing for our community.”

One commenter noted that buying a house and trying to recoup the money spent would take “years” and likely isn’t going to be common if such zoning changes are implemented.

The new code would include stipulations on parking, noise and the hosting of public events.

However, deeper concerns remain. Local resident Alyssa Bernstein told the Planning Commission that she fears long-term rent prices may rise in conjunction with allowing short-term rentals, as it could be more lucrative to have short-term rental housing.

“There’s a strong motivation to not accept lower prices for longterm rentals,” she argued on Tuesday.

Elizabeth Kramer said she frequently uses short-term rentals such as Airbnb’s when traveling for work, and said there is a misunderstanding of how these types of renters may act. She said there are “not enough hotels in Athens,” and that Airbnb guests are typically conscientious about noise, cleanliness and respect of the renter’s property. She noted there are comments and ratings of both the host and guest on such sites.

Others in town worry about the low availability of parking and not knowing who is residing in the dwellings on a given day. Resident Mary Abel, who lives in an R1 zone, brought forward a petition signed by over 250 similar residents who oppose standalone tourist homes operating within their neighborhoods.

There were also concerns raised about enforcement of the code, with several speakers noting the Athens City Code Office is already understaffed and may not be able to adequately enforce the short-term rental code.

Another resident, Jack Stoffer, noted that Athens’ residential makeup is unusual — with 70 percent of dwellings used as rentals. He said he had conducted an informal poll in his neighborhood and found an overwhelming number of the people he spoke with were opposed to the zoning changes.

“I think that tells a story,” he said. “The answer is no, this is unacceptable.”