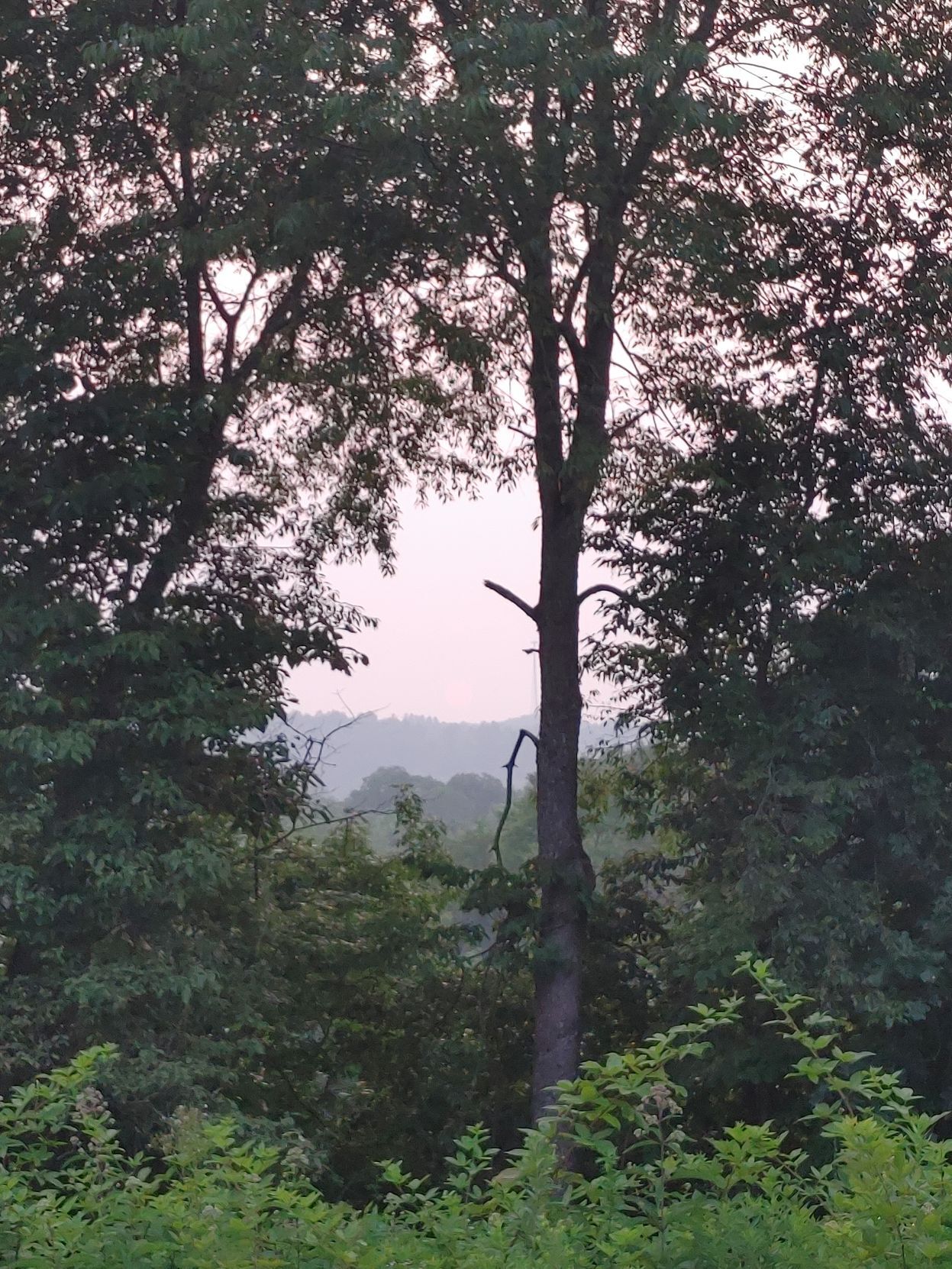 A photo taken Monday outside Chauncey, looking across the Sunday Creek valley, shows the sunset nearly hidden by the onset of haze from western wildfires. Photo submitted by Dan Jones. 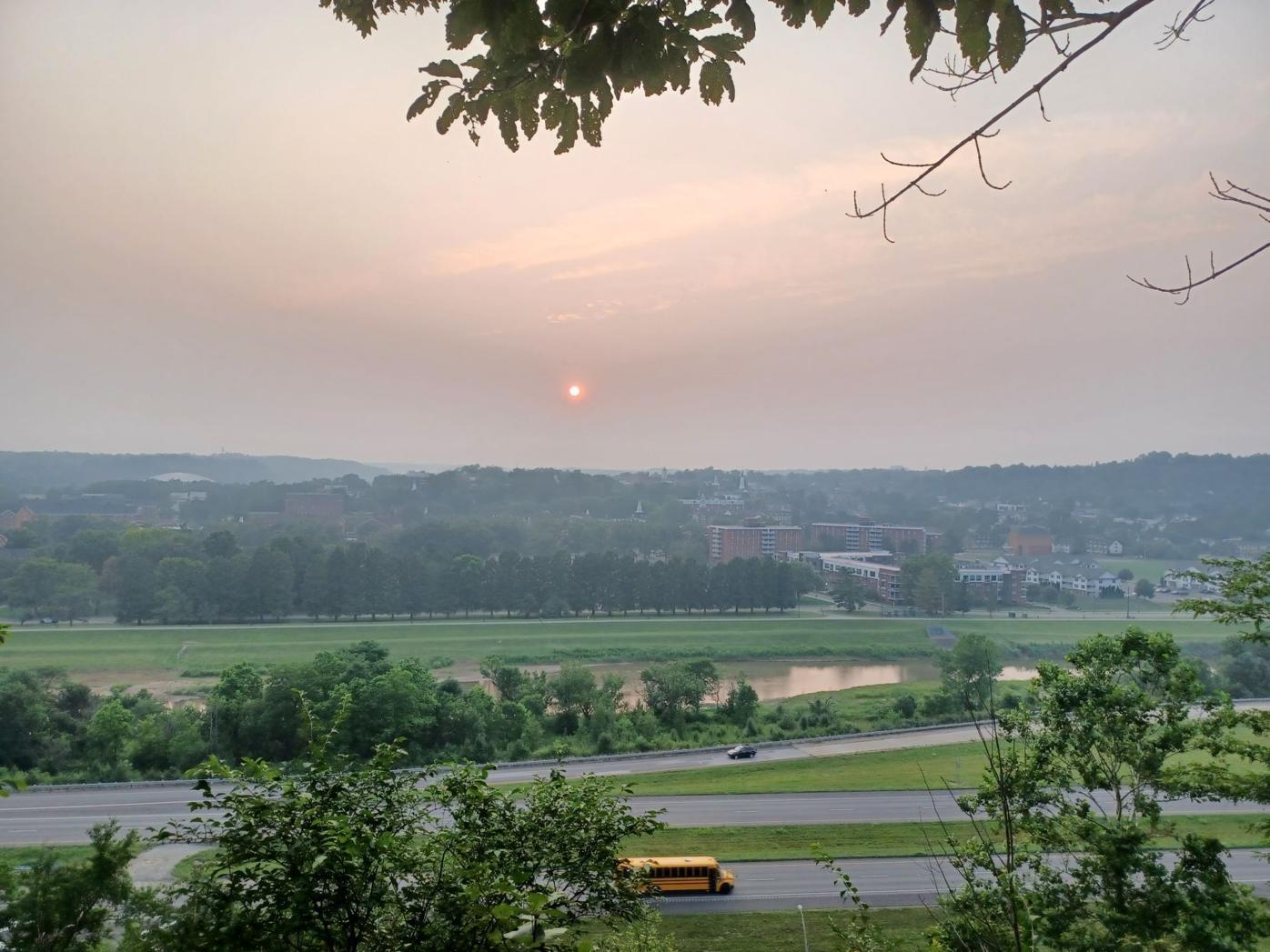 Hazy skies and interesting sunsets were seen earlier this week across Athens County and the region. Photo submitted by Luke Bradberry

A photo taken Monday outside Chauncey, looking across the Sunday Creek valley, shows the sunset nearly hidden by the onset of haze from western wildfires. Photo submitted by Dan Jones.

Hazy skies and interesting sunsets were seen earlier this week across Athens County and the region. Photo submitted by Luke Bradberry

Smoke from more than 80 large Western wildfires is sweeping through the region this week, leading to lower air quality in Athens County — and prettier sunsets — the National Weather Service is warning.

In 13 western states, more than 80 large active wildfires have charred almost 1.3 million acres of vegetation in recent weeks, bringing ruin to an area larger than Delaware, according to the National Interagency Fire Center (NIFC) in Boise, Idaho.

A haze set over the hills of Athens County on Tuesday as the largest clouds of smoke moved through the region that day. The Charleston, West Virginia office of the National Weather Service said on Twitter that hazy skies are expected to continue through Wednesday with some improvement in low level haze expected Thursday.

At time of publication on Wednesday, the southern half of Athens County, including Athens and Albany was still within an air quality warning for people with sensitive breathing issues, an EPA tracker shows. The northern half, including Nelsonville, has decreased to moderate levels.

The Charleston office of the NWS said on Twitter that clouds will clear out overnight allowing fog to develop once again in the valleys. High pressure will then bring dry weather with cool nights, and low afternoon humidity Thursday and Friday.

In Central Ohio, Meteorologist Andrew Buck Michael said the smoke would cast an orange color along the horizon, ABC 6 out of Columbus, reported.

Michael added that Ohioans can expect vibrant sunrises and sunsets due to the smoke.

The Associated Press reported Wednesday the haze from upper-atmosphere smoke had also descended on New York City, Philadelphia, and along the East Coast.

The smoke is generated by a spate of massive fires that are consuming large parts of the West Coast. The largest fire, Oregon’s Bootleg Fire, grew to 606 square miles (1,569 square kilometers) — half the size of Rhode Island, AP reported.

As of Tuesday, an army of some 2,200 personnel had managed to carve containment lines around 30% of the fire’s perimeter, while the blaze still expands farther to the east and north, according to Reuters.

Many scientists have said the growing frequency and intensity of wildfires are largely attributable to prolonged drought and increasing bouts of excessive heat that are symptomatic of climate change.

Reuters reports the Bootleg fire is so large that it is generating its own weather patterns — towering “pyrocumulus” clouds of condensed moisture sucked up through the fire’s smoke column from burned vegetation and the surrounding air. These clouds can spawn lightning storms and high winds capable igniting new fires and spreading the flames.