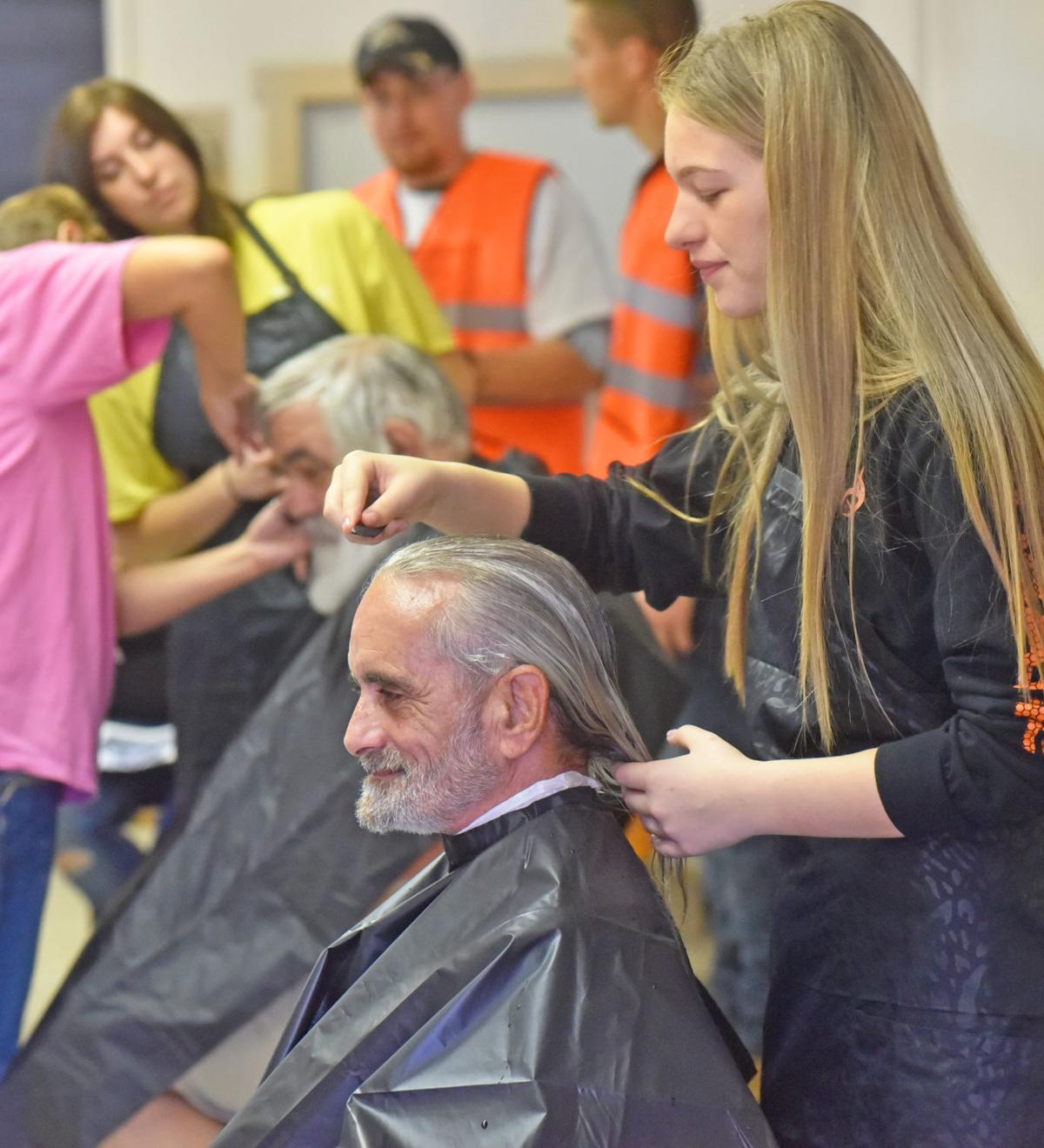 About a dozen students from Tri-County Career Center’s Cosmetology Department showed up at the Stand Down event with scissors in hand. They gave out free haircuts to all comers. Some cuts were simple, others were complex — all were appreciated. 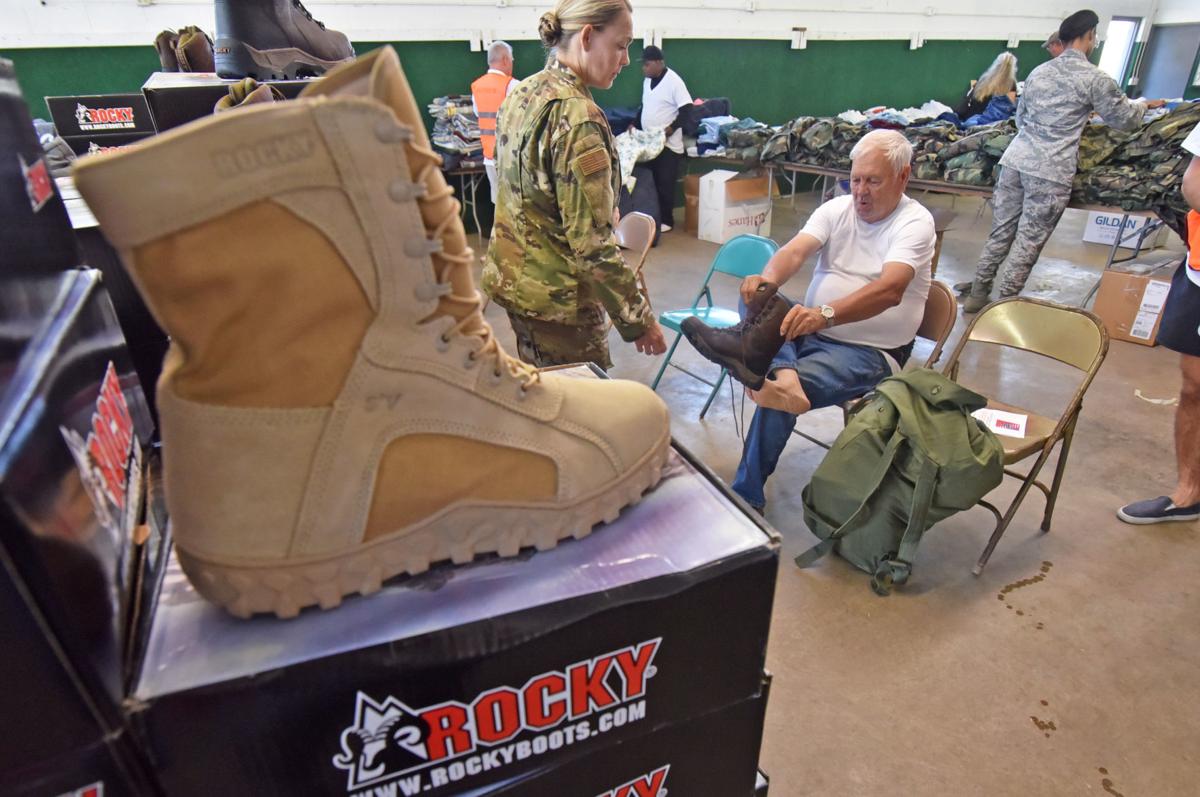 The Nelsonville-based Rocky Boots brand provided over 100 pairs of boots to those in need.

About a dozen students from Tri-County Career Center’s Cosmetology Department showed up at the Stand Down event with scissors in hand. They gave out free haircuts to all comers. Some cuts were simple, others were complex — all were appreciated.

The Nelsonville-based Rocky Boots brand provided over 100 pairs of boots to those in need.

Note: This story appears in the Tuesday, Oct. 8 newspaper on Page A1.

As Judge George McCarthy sees it, homelessness can be an “invisible problem.”

However, he added, “it’s the reality of many people struggling in Appalachia.”

Unlike larger cities, most displaced individuals in this area do not inhabit street corners and public spaces. Instead, they find temporary shelter wherever they can, McCarthy said.

“The good thing is we have people who care,” the judge added. “Everyone here wants to reach out and help those people.”

On Friday, local volunteers and organizations came together for the 4th Annual Athens Area Stand Down, a collective effort to assist those who are homeless or are at risk of homelessness. Many of those served are veterans. Located at the Athens County Fairgrounds, dozens of booths were set up to welcome attendees to utilize their resources: shoes donated by Rocky Boots, resume assistance from OhioMeansJobs, substance abuse help from Health Recovery Services, flu shots and health screenings, donated coats and clothes.

The many volunteers present ensured those who came left a little better off. In total, about 200 people were served by this program by nearly 60 participating agencies, businesses and vendors.

“It’s expanded a lot since we’ve started,” said City Auditor Kathy Hecht, who aids in organizing the Stand Down. “We’ve gotten more donations and more volunteers which is really helpful because we can provide more goods.”

The idea for an Athens Stand Down came in 2014 when McCarthy attended a similar Stand Down event coordinated by the Veterans of Foreign Wars (VFW) in Ross County, and noticed the amount of homeless Athens veterans who traveled for the event. He saw a need for this type of assistance in the area.

“I had also noticed there were veterans sleeping behind the VFW building who were homeless and surfing from location to location,” he said. “They’re very good at flying under the radar, but these are people we’re trying to reach. This is a good opportunity to connect them with resources they might not know are available.”

“I’ve been coming for four years to give free cuts and just talk with people,” he said. “It’s also a great opportunity for the cosmetology school because they bring their students and they can get out of class for a day to help out.”

Several veteran-affiliated organizations were present, as well as Ohio University’s ROTC program. In addition to reaching this population, Hecht said the Stand Down organizers hope to reach homeless individuals in surrounding counties, like Meigs and Washington County, that do not yet have this type of program.

With the continued success of this annual effort, McCarthy said he wants to more directly reach those afflicted by homelessness.

“That’s our next step now that we have resources,” he said, “is to reach out to people maybe living out in the woods or living outside, and to go and bring them resources.”

"This is a good opportunity to connect them with resources they might not know are available.”