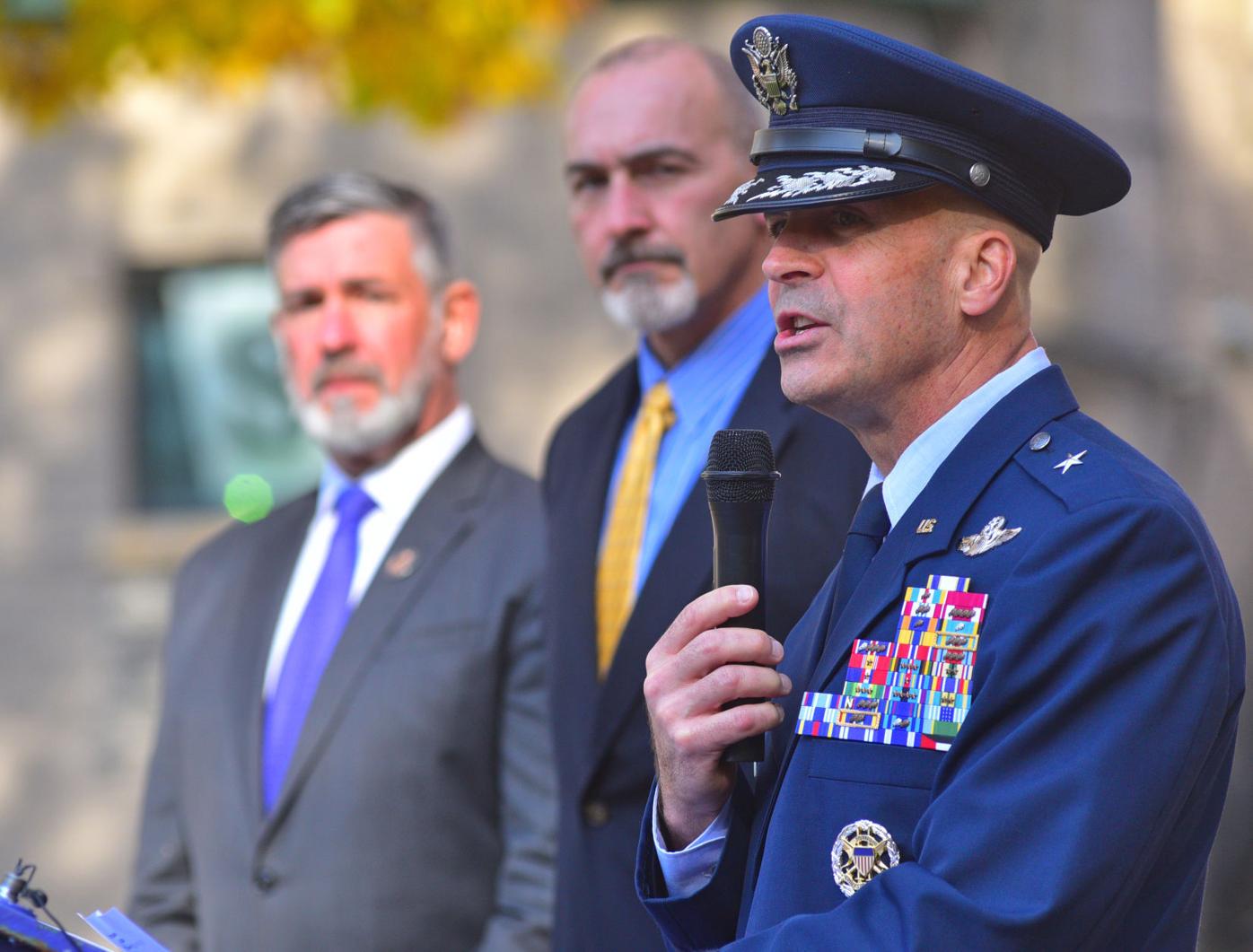 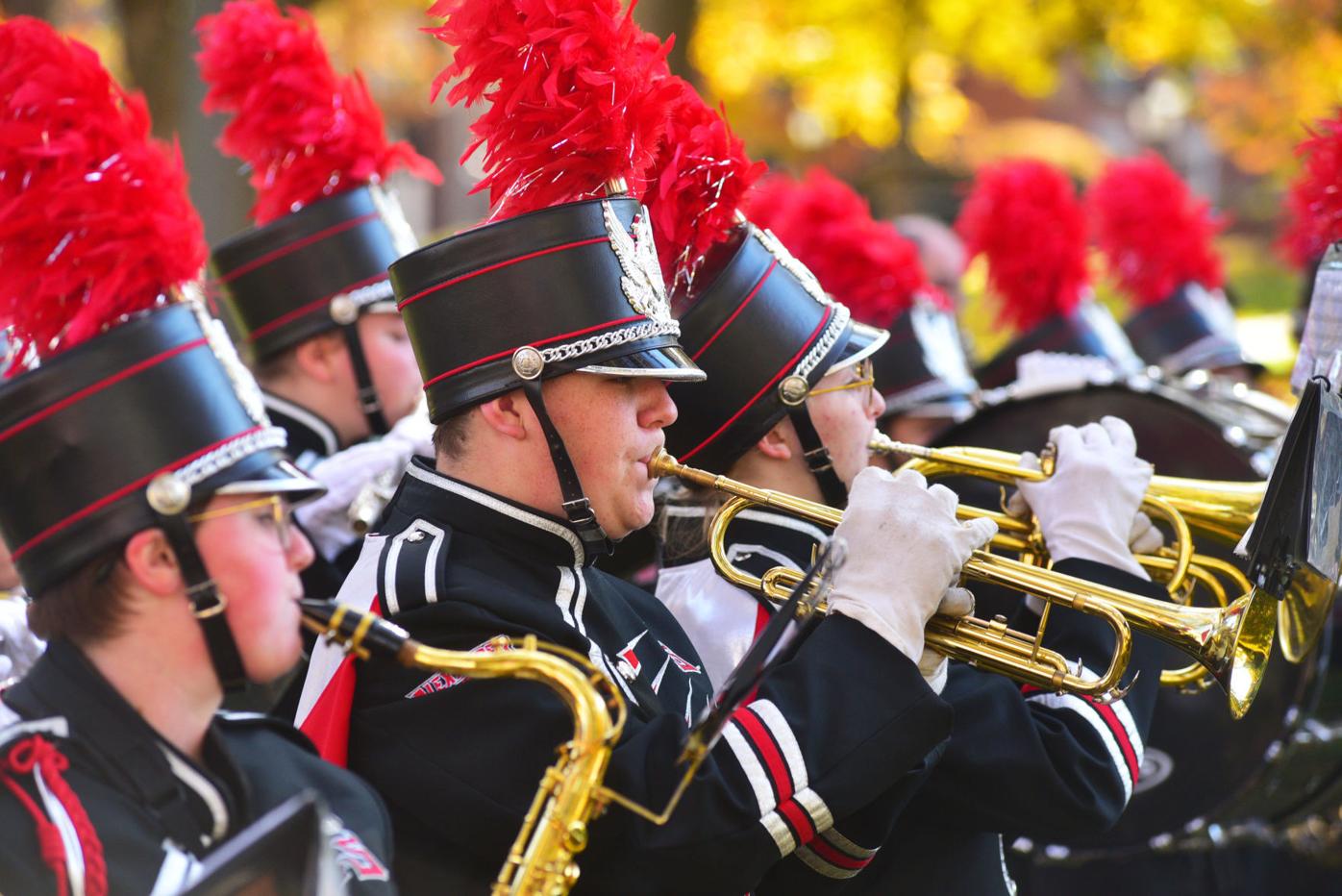 In Athens County, veterans make up 5.68% of the population and according to some of them, the service was well worth it.

“It’s a great honor to have served your country and protect your family and the people you care about,” said Air Force veteran Mark Mitchell. “Best country in the world.”

According to Mitchell, the parade has been bigger in previous years but this year’s parade was enjoyable regardless.

To Iraqi Army veteran David Collins, he would like to see more people in attendance at Veterans Day events.

“It makes me proud that we still have a good showing,” said Collins. “but not as good as I’d like.”

Increased awareness and publicity about events would be helpful, according to Collins.

Following the parade, attendees gathered on Ohio University’s College Green to hear from multiple speakers, including the reading of the Veterans Day proclamation by Mayor and Air Force veteran Steve Patterson

Joel Laufman, board president of the Ornery Vets Cafe, used his time during the festivities to highlight the issue of veteran suicide. He and other volunteers walked the parade route with a sign stating “20 a day. Stop veteran suicide.”

Laufman implored those in attendance to listen to veterans, saying it is the most important step that can be taken.

“Please, listen to them. They don’t want often to hear from you. They want to tell you,” he said. “ Listen, and then together, you can find help.”

For those struggling to find resources to help themselves or others, Laufman stated that the cafe’s doors are always open and they are prepared to assist anyone in need.

Collins linked the increase in suicides among veterans to the small percentage of Americans who serve — less than half of 1% according to the Council on Foreign relations website — thus increasing the need for multiple deployments.

To help lessen the strain, he says people should consider serving themselves.

“Seriously consider being part of the military as a life choice,” said Collins. “Consider that as not a career, but a national service.”

Retired Air Force Brig. Gen. Chad Manske served as keynote speaker at the ceremony. Manske chose to center his speech around the idea that all veterans, whether they served in wartime or not, made great sacrifices. These sacrifices extended into their families who made their military service possible, according to Manske..

He highlighted the impacts of marrying a service member — from the frequent moves, career interruptions, and disproportionate shares in parenting — as well as how being the child of a service member changes children’s lives through moving schools and separation from their parents, on top of the possibility of them not coming home.

Manske made the point that all veterans began just like all of us.

“Those men and women were ordinary people until they heard the call of duty and answered it,” said Manske. “They left their families, their homes and their lives, not for recognition or fame or even the honor we bestow upon them today at ceremonies like this. The fought to protect our country.”

Following the speeches, doves were released in remembrance of veterans and representing the peace that they have fought and continue to fight for.

The Army ROTC, Air Force ROTC and AMVETS motorcycle riders also joined in on the parade, among others.

Everyone has different reasons why Veterans Day is important to them but for Mitchell, it’s about putting faces to those who protect the average American everyday.

“It gives people a chance to come and see the people who are protecting them and doing things for them,” said Mitchell. “Makes the veterans feel good and makes the people who see it feel good.”