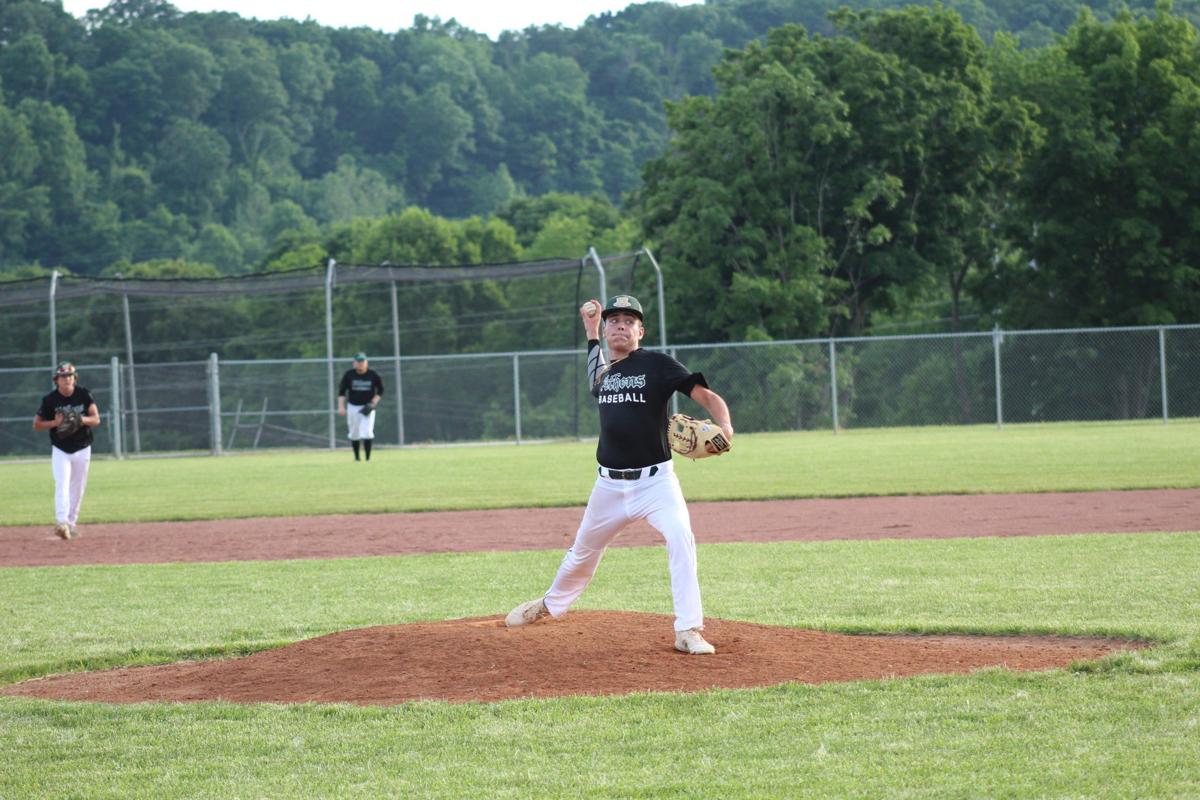 Athens’ Preston Hayes delivers a pitch during a game at Meigs on June 9. Hayes was the winning pitcher in Athens’ 8-2 triumph over Ashland over the weekend, working six shutout innings. 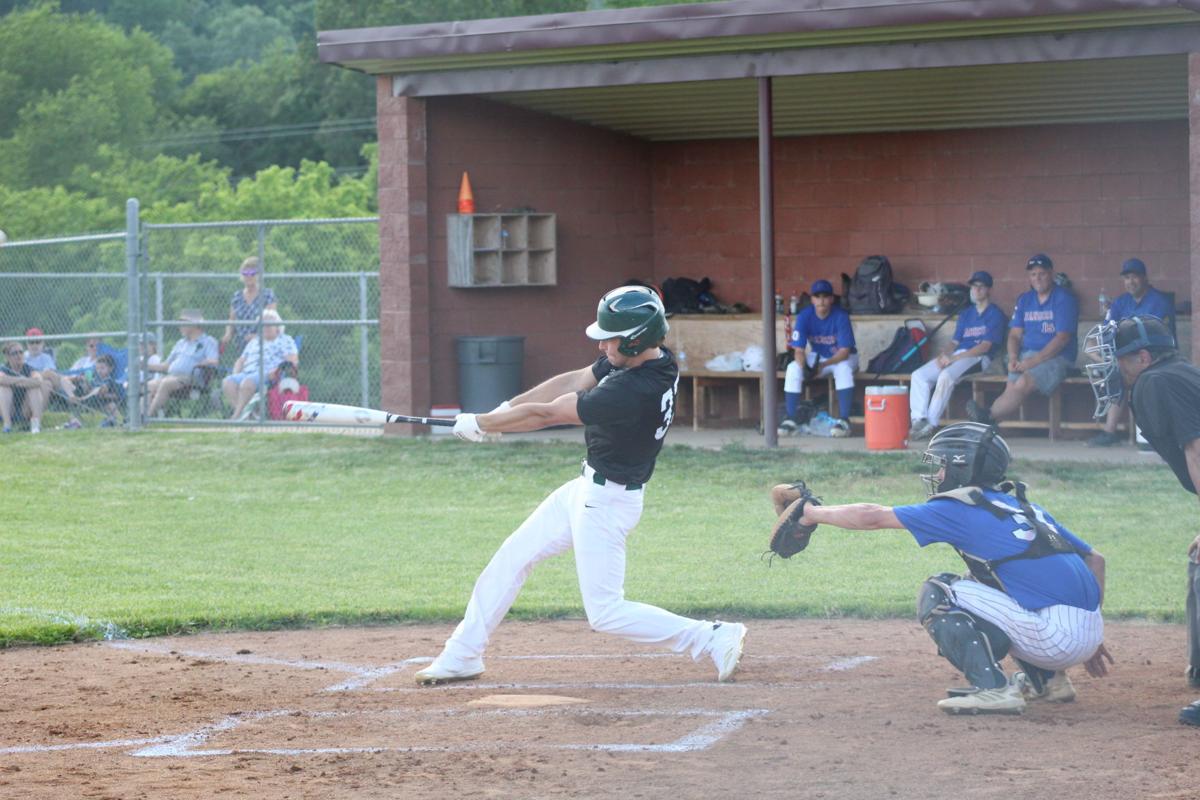 Athens’ Jack Cornwell swings at a pitch during a game at Meigs on June 9. Cornwell had six hits during the Attack’s four games at Chillicothe last weekend.

Athens’ Preston Hayes delivers a pitch during a game at Meigs on June 9. Hayes was the winning pitcher in Athens’ 8-2 triumph over Ashland over the weekend, working six shutout innings.

Athens’ Jack Cornwell swings at a pitch during a game at Meigs on June 9. Cornwell had six hits during the Attack’s four games at Chillicothe last weekend.

CHILLICOTHE — The Athens Attack dropped three out of four games over the weekend at the Jim Jadwin Memorial Tournament.

The games were held at Chillicothe’s V.A. Memorial Stadium.

Athens’ record stands at 5-6 on the summer.

Athens started the tournament with two games on Friday. It defeated Ashland (Ky) Post 76 8-2 in the opener, before falling to the Hillsboro Mavericks 9-7.

Athens started Saturday by losing to the Waverly Shockers by a count of 6-4, before closing out its portion of the tournament by falling to Jefferson County Post 33, 5-2.

Athens received a solid pitching outing from Preston Hayes in the 8-2 win over Ashland. Hayes worked six innings of shutout baseball, allowing only two hits and a walk. He struck out three batters.

Athens scored two runs in the bottom of the third to forge ahead, then led 8-0 after adding on six runs in the sixth inning.

Athens rallied against Hillsboro, but couldn’t erase a big deficit in a 9-7 defeat.

The Attack scored a run in the sixth, then five more in the bottom of the seventh for the 9-7 final.

Athens had 10 hits in the loss, with Peyton Gail and Trainer each recording two hits. Lonas, Moore, Cam Niese, Kostival, McDade and Stephens each recording one hit.

Niese took the loss on the mound after giving up seven runs on seven hits and four walks in five innings. Only three runs were earned, as he also struck out three.

Justin Scott got the pitching win with a complete game for Hillsboro, allowing three earned runs on 10 hits and seven strikeouts.

Athens dropped a tight 6-4 decision to Waverly on Saturday.

Athens scored two runs in the third and two more in the fifth to lead 4-3, but gave up three runs to Waverly in the top of the sixth inning.

Cornwell led Athens’ hitting attack with a 3 for 4 day, driving in three runs while also scoring a run.

Stephens hit a double, while drawing a walk and scoring a run. Jeremy Colburn, Kostival and McDade each hit singles, while Trainer added an RBI. Gail drew three walks and scored two runs.

Athens closed out the weekend with a 5-2 loss to the Steubenville Jefferson County Post 33 squad.

Trainer pitched a complete game in the loss, going all six innings. He allowed five runs — three earned — on seen hits and a walk.

Cornwell was 1 for 2 at the plate with a double, run and RBI. Trainer, Kostival and McDade each hit singles, with McDade also scoring a run. Lonas added a walk and RBI.

McBare was 2 for 3 for Steubenville.

Ashland would bounce back from its opening loss to Athens to win the tournament, defeating Steubenville Jefferson County 12-9 in the final.

Athens has another busy week ahead as it moves toward the Fourth of July holiday. Athens’ junior team will host Waverly at 5 p.m. on Tuesday, with the senior team hosting Alexander at 7 p.m. Both games will be played at Rannow Field.

Athens then hosts Jackson at Rannow Field on Wednesday. The teams will complete a game that was suspended on June 18, with Athens lead 2-0, before playing a regularly scheduled game.

The games will be played at Beavers Field.