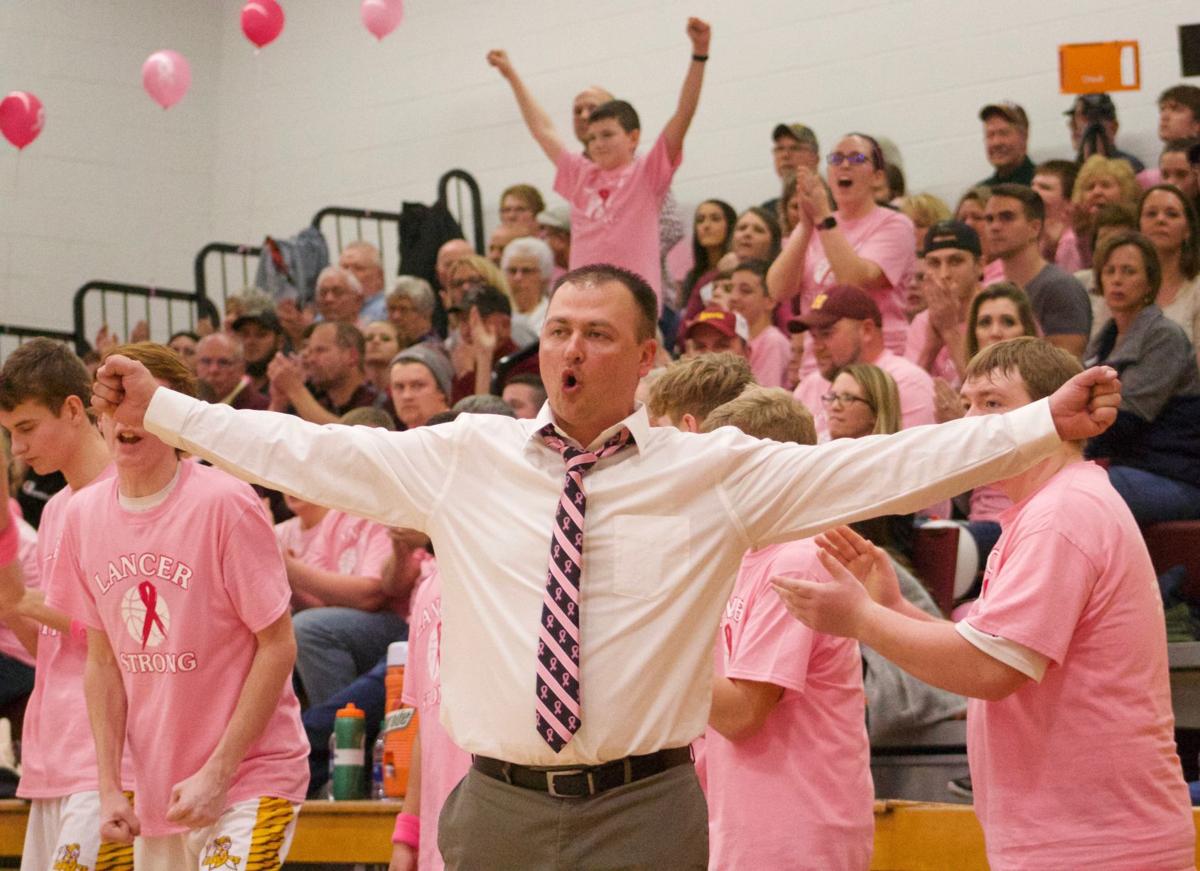 Federal Hocking coach Jonathan Thompson was the Division IV OPSWA Coach of the Year in 2020. 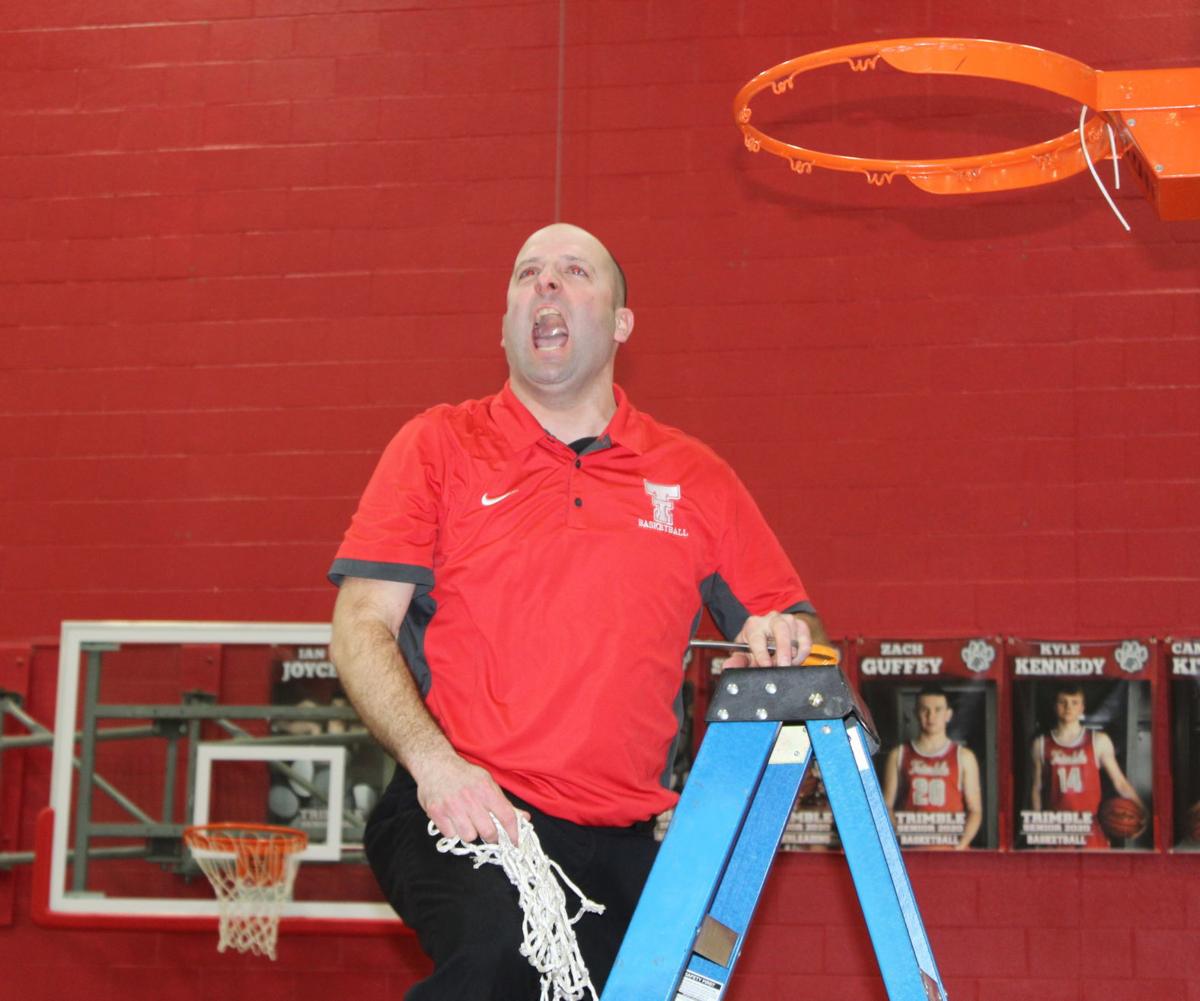 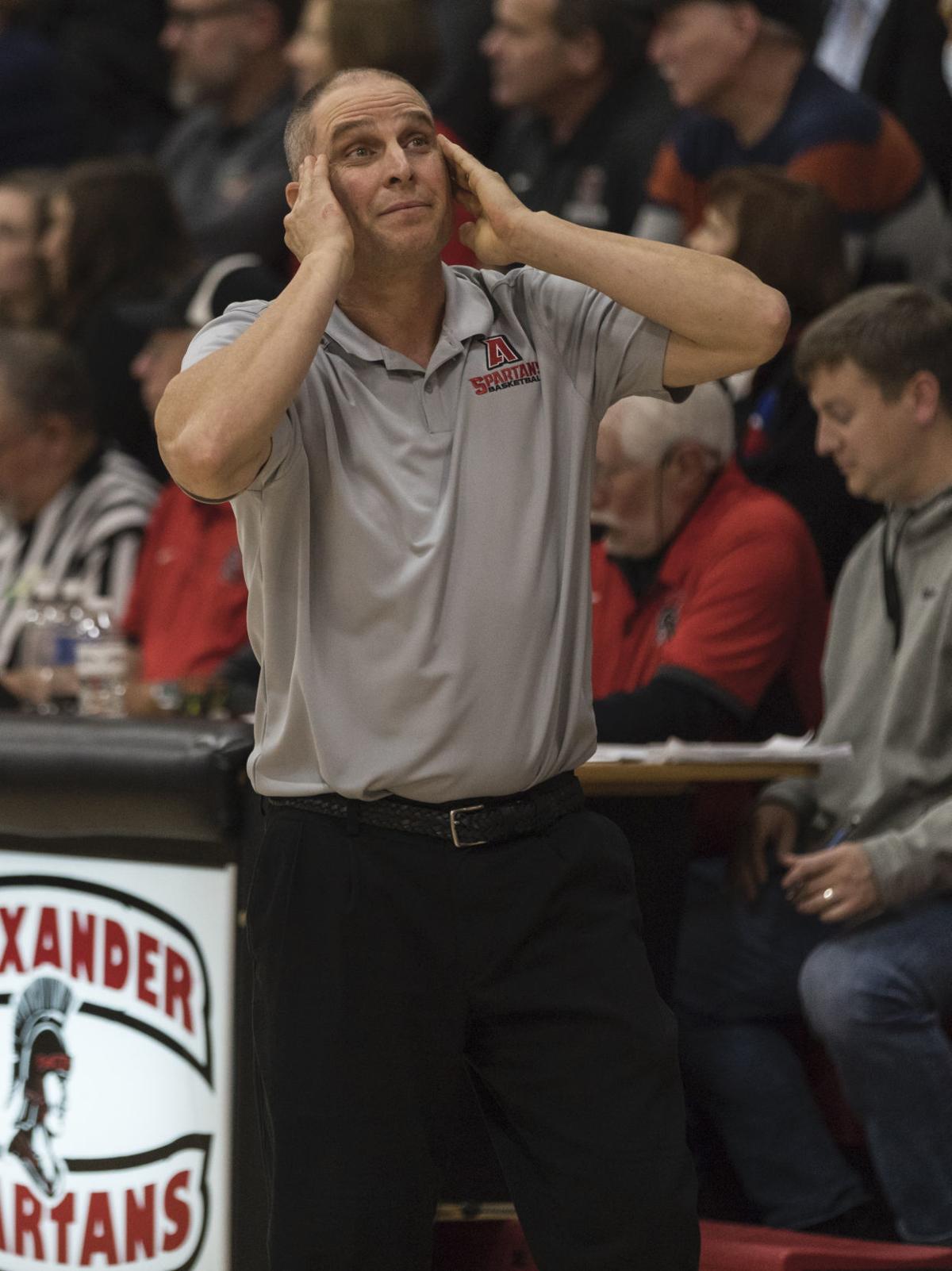 Federal Hocking coach Jonathan Thompson was the Division IV OPSWA Coach of the Year in 2020.

The 2019-20 school season may have been cut short, but there were still plenty of games and accomplishments to celebrate. Today, take a look at the coaches of the year for each of the five Athens County schools.

The Bulldogs faced a lot of question marks going into the 2019-20 season. After winning an outright Tri-Valley Conference Ohio Division crown the season before, Athens had graduated the bulk of its production.

Mickey Cozart bristled during the preseason at the notion that some online pundits didn’t feel like his ‘Dogs would be a strong TVC-Ohio contender going into the new season.

By the time the season was over, Athens proved any doubters wrong.

The Bulldogs were able to win another TVC-Ohio title, sharing the top spot with Alexander. Athens reloaded, with a home win over the Spartans in January in front of a packed McAfee Gymnasium crowd being the highlight.

Athens also faced a 26-point second-half deficit against Meigs before rallying for a victory. After a late-season loss at Meigs, the Bulldogs rebounded to do what was necessary to get a piece of the league title.

Cozart and the Bulldogs also added a sectional championship for the second year in a row. Athens won a pair of tournaments games to cut down the nets in Logan High School after beating New Lexington.

Athens eventually lost to Logan Elm — the eventual district champion — in the district semifinals. But it wasn’t before the Bulldogs were able to experience another Convocation Center tournament game.

The Alexander Spartans faced plenty of adversity during the 2019-20 season, but it didn’t stop the group from adding to their program history.

The Spartans shared the TVC-Ohio title with Athens, Alexander’s first league championship since 2006.

In a lot of ways, it was the culmination of seven seasons of work put in by Jim Kearns and his staff. When Kearns took over the program, the athletes like Joe Burrow and Ryan and Adam Luehrman were standing in the way at Athens. When they graduated, Vinton County responded by winning a pair of league and district titles.

The Spartans were always good under Kearns, but had a hard time navigating to the top of the TVC-Ohio pack until last season.

But it wasn’t easy. Alexander was able to defeat defending league champion Athens in front of a huge Albany crowd in December. The Spartans were in the driver’s seat in the league race.

They faced a difficult challenge when the coach’s son — J.K. Kearns — suffered a season-ending knee injury during the rematch with Athens. Another home league loss followed against Meigs.

With their backs against the wall, the Spartans were able to win a game at Vinton County that helped assure their place as a league champion.

While the Spartans eventually fell short of a sectional title after J.K. Kearns’ injury, it was still a good coaching job done by Jim Kearns to keep Alexander in the fight after the difficult injury.

Kearns stepped down after the season, but not before winning 103 games on the Alexander sidelines.

Sports can offer up heartbreak for some teams, but other times a plan perfectly comes into place.

The plan working out perfectly was the case for the Trimble girls’ basketball team last season. Two years removed from having to cancel a season in January due to a lack of healthy players, the Tomcats came full circle in 2020.

Trimble surprised many by unseating Waterford and winning the TVC-Hocking title outright. It was Trimble’s first league title since 2005.

Trimble was led by five sophomores, a group that is wise beyond its years. Joe Richards has guided the group from nine wins as freshmen, to heights rarely seen in Glouster as sophomores.

The Tomcats were able to sweep the season series against Waterford — their first wins over the Wildcats since December of 2005. They defeated rival Nelsonville-York for the first time since January of 2011. They also defeated Belpre twice, as the Golden Eagles were a district finalist.

Trimble won the program’s first sectional title since 2007, then won a district tournament game for the first time since 2006.

There were plenty of ‘first time since’ stats for the Tomcats last year. With the entire starting lineup set to return as juniors, Richards and the ‘Cats will look to continue to build off of last season’s success.

The Nelsonville-York Buckeyes were seemingly in trouble after two weeks of the 2019 season.

The Buckeyes had suffered two lopsided road losses to Trimble and Fort Frye to start the season 0-2. There was a lot of work to be done to make the ‘19 year be one to remember.

Rusty Richards and the Buckeyes stayed the course, and were able to add more paint to the wall.

Nelsonville-York rebounded to win seven of their last eight games, culminating with a week 10 win at Athens.

The season finale victory allowed N-Y to win a share of the league title with Athens. It was the Buckeyes’ third league title in the last four years.

While N-Y’s previous two league titles under Richards were won in domination fashion, the ‘19 Buckeyes had to really work for it. A home loss to Wellston in week 7 seemed to derail their league title chances.

However, Wellston lost the next week to Athens. That opened the door for the Buckeyes, and they worked their way through it.

It started with a grind-it-out 13-10 win at Alexander. N-Y followed that up with an impressive home win over Vinton County, 34-20.

That set the stage for the final game, and the 35-28 win over Athens.

Richards was able to help get the Buckeyes back on track, and the 7-3 season was one that ultimately resulted in a league crown.

While there were plenty of good coaching jobs done, perhaps none was as notable as Jonathan Thompson’s season at Federal Hocking.

Thompson guided the Lancers to a turnaround for the ages, resulting in an improbable league title.

Federal Hocking was able to complete its turnaround by winning the TVC-Hocking title outright, the first league title for the program since 2013. The Lancers did it by winning a showdown at McInturf Gymnasium against the two-time defending champion Trimble Tomcats.

The Lancers are back on the basketball map, and Thompson is just getting started.