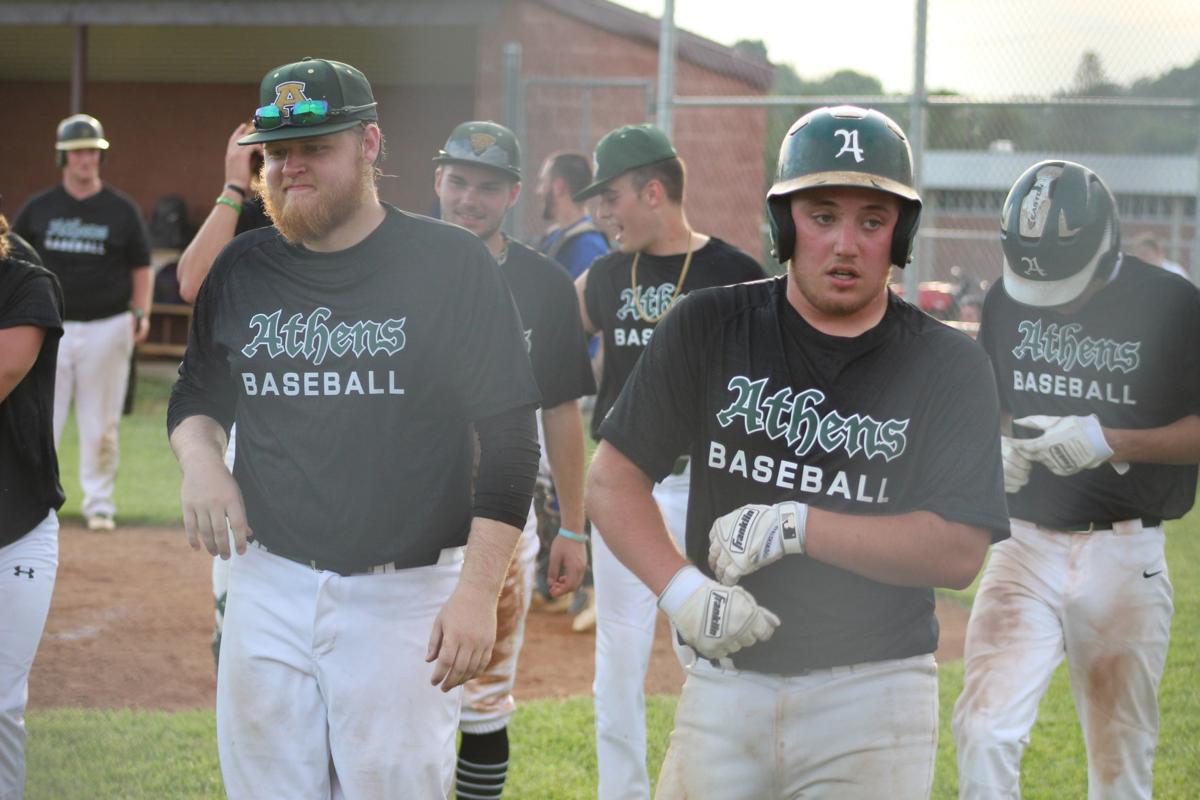 Athens’ Carson Baker (right) and Rece Lonas (left) head back to the dugout after Baker’s two-run home run on Tuesday. Baker had five RBIs as Athens opened its summer season with an 11-3 win at Meigs. 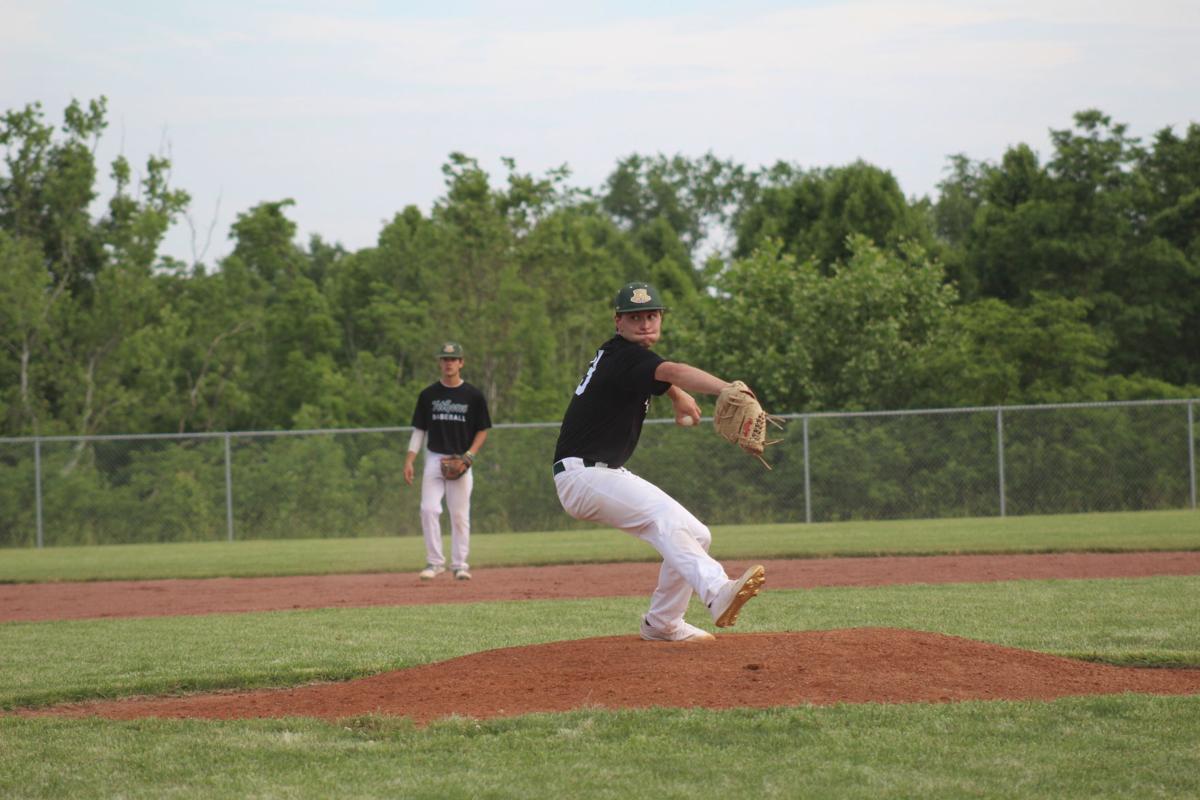 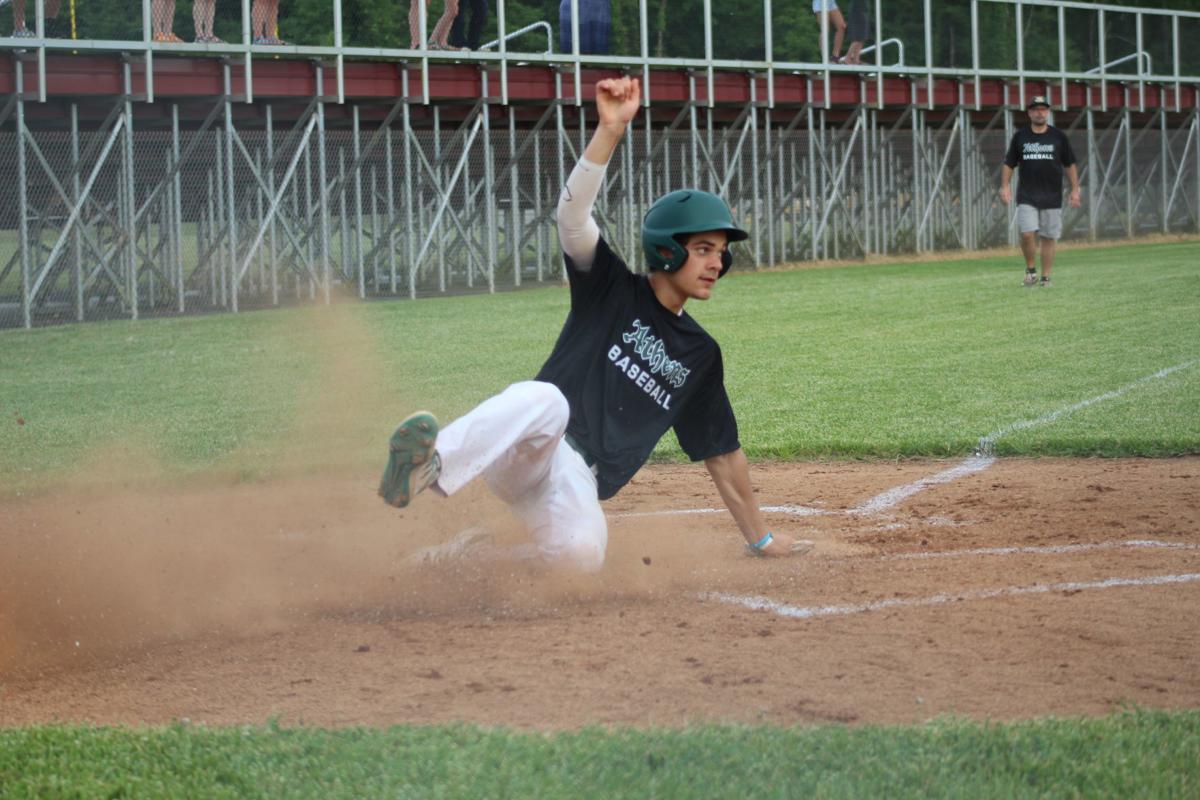 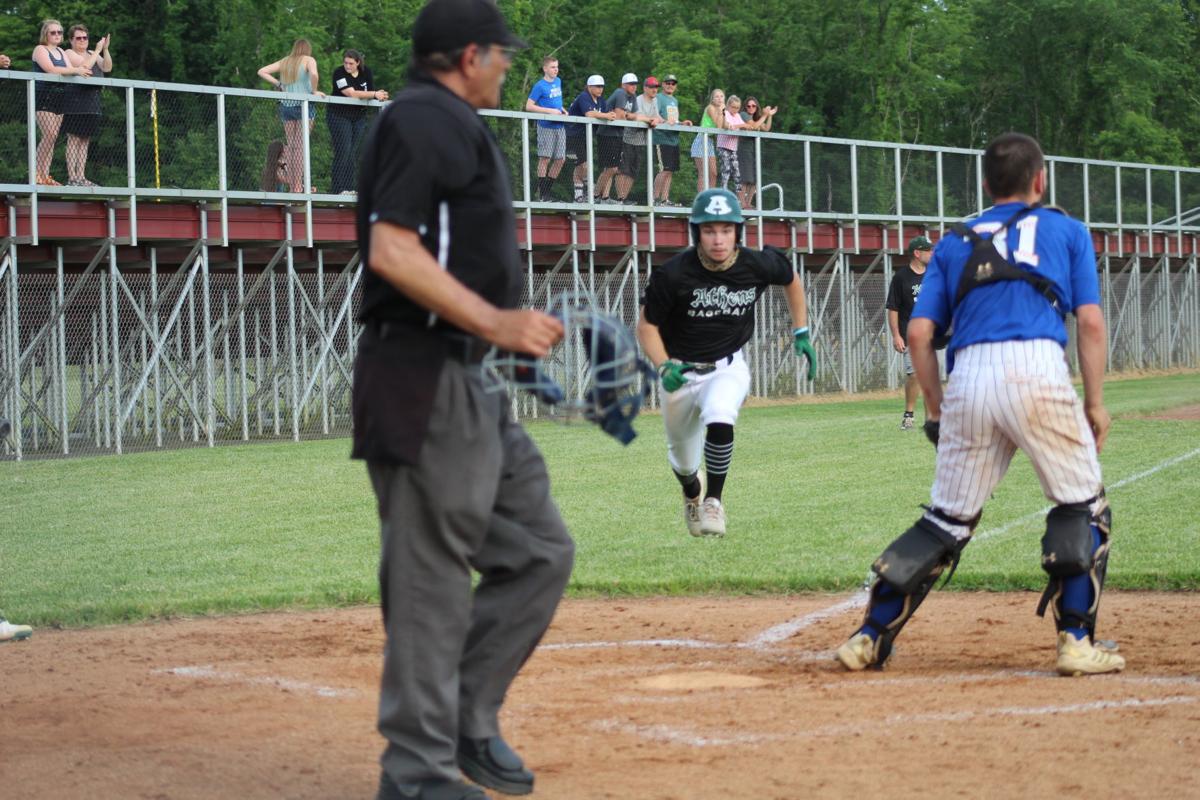 Athens’ Carson Baker (right) and Rece Lonas (left) head back to the dugout after Baker’s two-run home run on Tuesday. Baker had five RBIs as Athens opened its summer season with an 11-3 win at Meigs.

ROCK SPRINGS — It had been nearly three months since their last scrimmage, and only a handful of practices have taken place in the last couple weeks.

It was hard to tell if the Athens Bulldogs were rusty or affected at all by the unusual conditions.

“It feels great,” Athens catcher Carson Baker said. “It was a hard three months off, so it just feels nice to be back out on the field with everyone.”

Baker was one of many Bulldogs who excelled in the blazing Meigs County heat, as it was 92 degrees for the first pitch.

However, nobody on Athens’ bench was complaining about the weather. For two hours, the Bulldogs reminded everyone why they were expected to be a powerhouse in the 2020 season that never was.

Baker and Nate Trainer each hit home runs, part of a nine-hit attack for Athens.

“I give all the credit to the kids,” said Matt Trainer, one of Athens’ coaches. “These guys have played so much baseball together.”

The summer season gives Athens a chance to get back on the baseball field, after the Ohio High School Athletic Association was forced to cancel the spring season because of the COVID-19 pandemic.

Summer baseball being permitted is one of the steps Ohio has taken toward a return to some form of normalcy. Baker is one of eight 2020 Athens High School graduates on the team.

“It’s not as much closure as it is an unreal feeling to play with these guys again,” Baker said. “It was awful and just to know that it got taken away from us and to have it now, makes us all smile and be a little more appreciative for the game. I just hope we all appreciate the game a little bit more, day after day.”

Getting ready for the opener was another challenge. Athens received clearance on Tuesday to be able to use Rannow Field — the school’s baseball facility. Up to this point, the players had been meeting wherever they could to get in whatever form of practice was available.

“I think we only had three days of practice,” Baker said. “We came in today and bats were really cold, as you saw. But we warmed up pretty quick.”

Athens finally got to Parker there, as Nate Trainer started things with a double to right-center field.

Rece Lonas followed with an RBI single, and Athens was on the board and ahead 1-0.

Baker then had his first big hit of the night. He hit a two-out, two-run double to right field to allow Athens to lead 3-0.

“Always nice to yank a ball,” Baker said. “I don’t do that very much, so it was a lot of fun. I was really excited to get that extra little jump, know we’re ahead going into the next inning.”

Athens never looked back, scoring in every inning the rest of the way.

Athens scored twice in the fifth when Peyton Gail and Andrew Stephens each scored on the back ends of double steals. The Bulldogs were ahead 5-1.

Athens added five more runs in the top of the sixth to put the game away. Baker’s two-run home run landed just beyond the left-field fence and gave Athens a 7-2 lead.

Baker had a hard time holding back the smile as he rounded third base.

“I didn’t think it was over, then it was over,” Baker said. “I just tried not to smile, because I knew my team would be making fun of me when I got back to the dugout.”

Athens put two more runners on in the inning, and Trainer followed with his three-run home run to left field, giving Athens the 10-2 advantage.

Trainer was 2 for 3 with three RBIs and a walk, a double and a home run.

Athens’ final run came in the top of the seventh. Baker’s fifth RBI of the game scored Jeremy Colburn from third on a bases-loaded sacrifice fly.

Athens’ pitching was also outstanding, considering the heat and lack of live-game pitching action over the last three months.

Jack Cornwell, another 2020 Athens graduate, got the start and pitched three shutout innings. He was able to work out of jams, stranding five runners in those three innings including getting out of a bases-loaded situation in the first inning.

Preston Hayes pitched the next three innings in relief, as he wore the ‘Athens Baseball’ uniform for the first time since his junior campaign in 2018.

Meigs was held to six hits.

“Every single pitcher came out and just filled up the zone with strikes and that’s all you can ask of them,” Matt Trainer said. “We’ve not had any live at-bats off of each other, so this is the first time we’ve come out since (a preseason trip to) Florida, three months ago. Absolutely exceeded my expectations there.”

Cornwell had a double for Athens, while Gail, Stephens, Lonas and Eli Kennedy each added a hit. Gail also drew two walks.

The two teams will play again on Thursday at Athens’ Rannow Field at 6 p.m.

It will be Athens’ first time competing on its home field since 2019’s sectional tournament. If Tuesday is any indication, the Bulldogs have picked up where they left off and are primed for a successful summer.

“We’re confident in those guys,” Matt Trainer said. “We’re confident in every kid we’ve got on the roster. Our schedule is not light my any means. These guys are a good team. We’re going to play the likes of Steubenville, Greenville, Troy, on down the road. But it shows what we’re capable of. We kind of had it in the back of our minds what we were capable of and we were hoping the guys would come out and show it even though it’s been three months since we’ve seen any live action.”