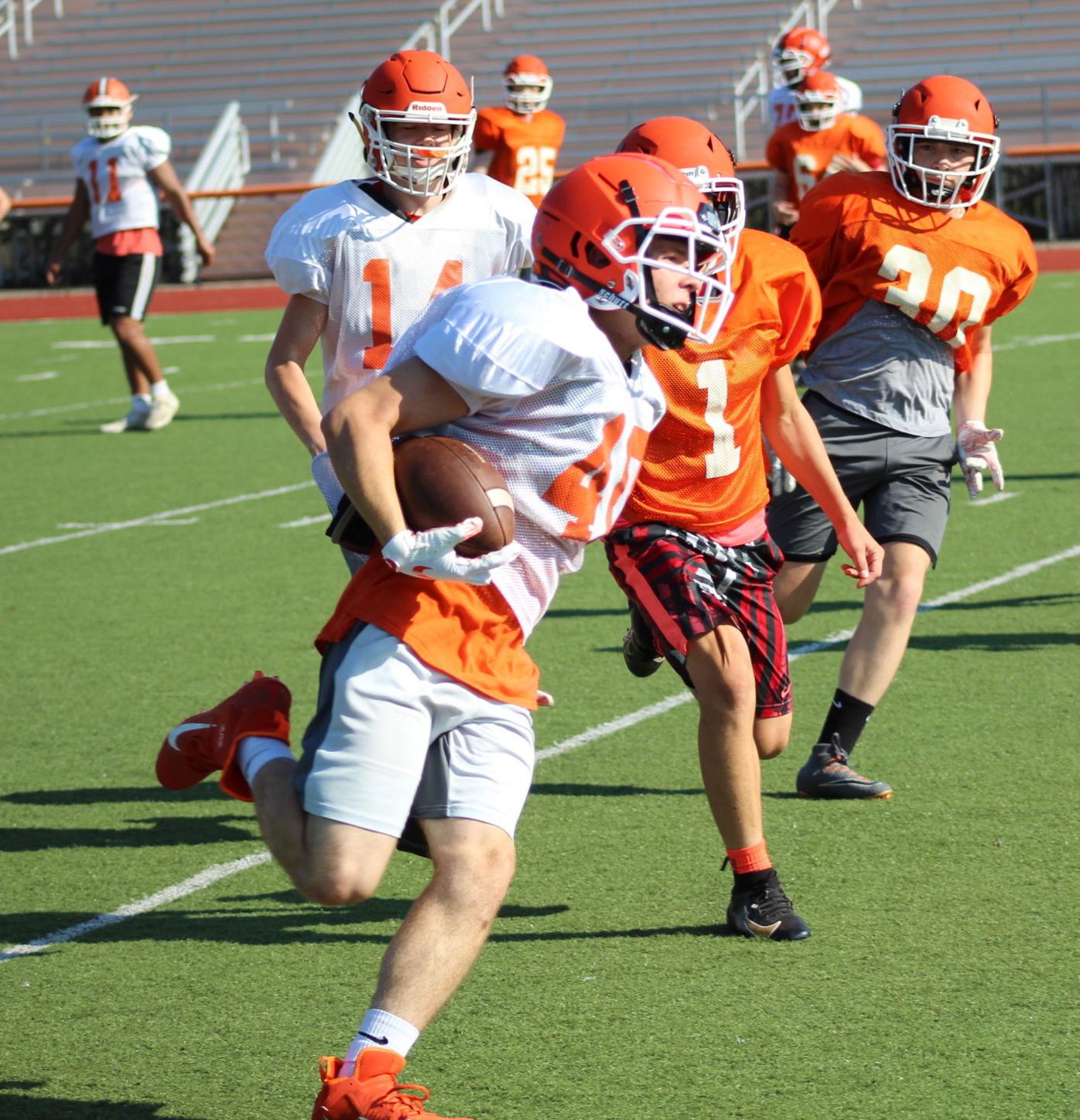 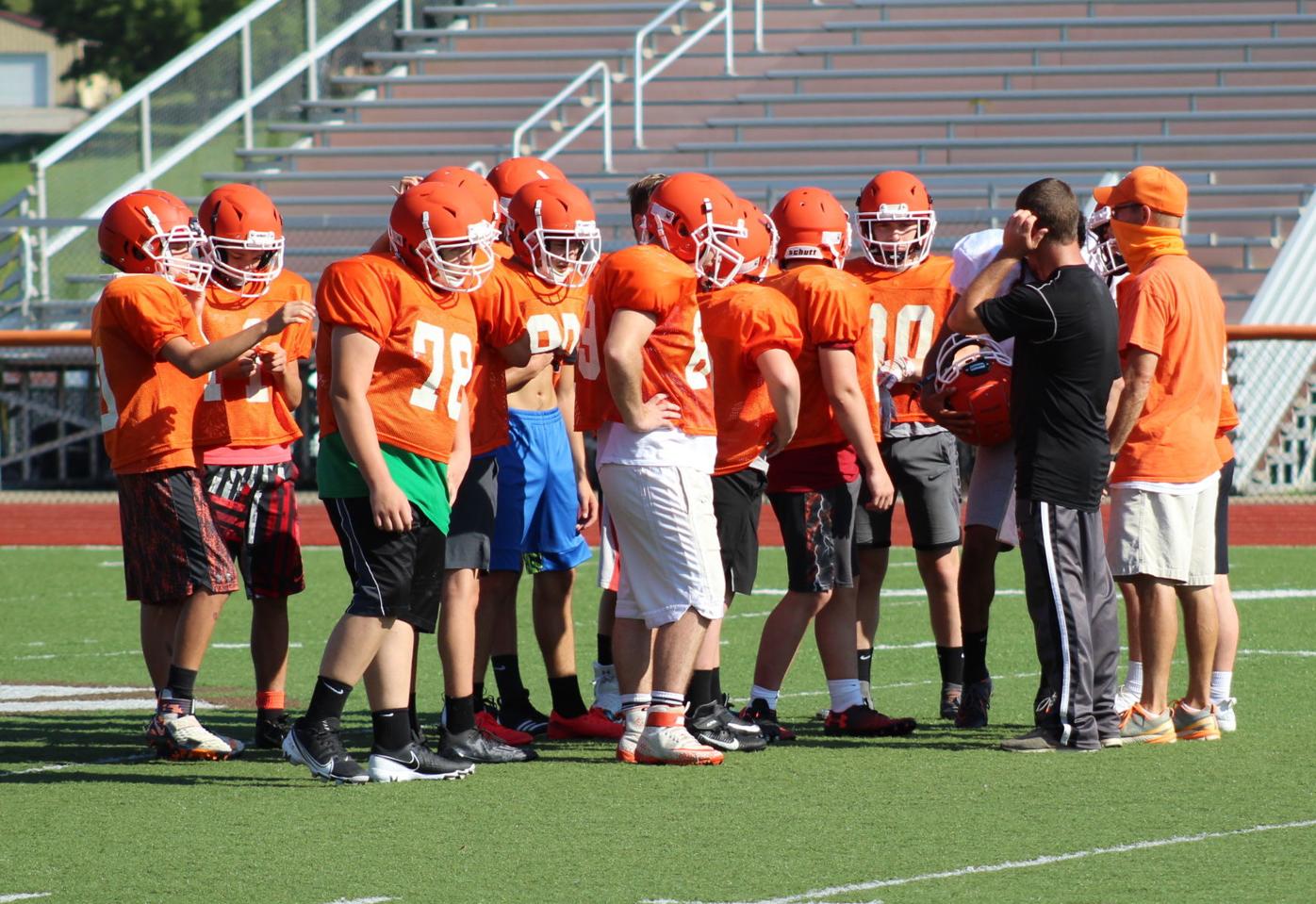 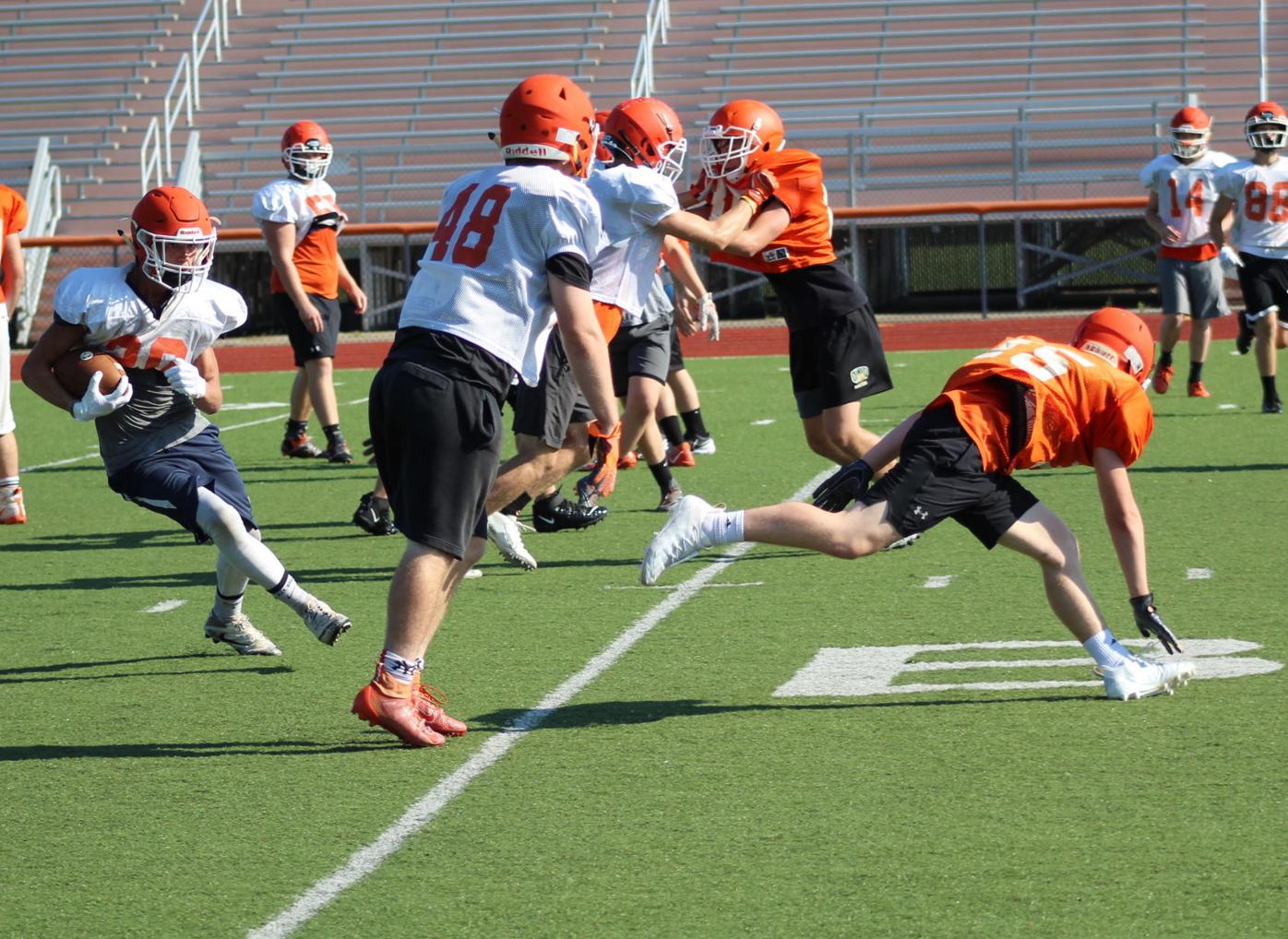 Nelsonville-York’s Colton Snyder (48) will be a four-year starter for the Buckeyes this fall, if the season is able to play out. The Buckeyes are scheduled to host Trimble in the season opener on Aug. 29.

Nelsonville-York’s Colton Snyder (48) will be a four-year starter for the Buckeyes this fall, if the season is able to play out. The Buckeyes are scheduled to host Trimble in the season opener on Aug. 29.

NELSONVILLE — The first week of August football practices have been anything but normal for Rusty Richards. From taking players’ temperatures before practice, to daily questions about if a season will happen, Richards knows there’s a lot of uncertainty about what will unfold in the coming weeks and months.

However, he said everything is normal as can be once the whistle blows and practices begin.

“The uncertainty I guess is lingering over all of our heads as far as what are we going to do? But once you get out here, you forget about it,” Richards said. “It’s back to normal football practice. That’s more for when you get home — what’s the governor saying today?

“All we can do is prepare, like (assistant) coach (Jason) Andrews told them, we’re facing some adversity. That’s what life’s all about. You have to show up and work.”

The Buckeyes have gathered at Boston Field for morning practices over the last week as another football season is officially underway. As of Friday, nothing has happened to stop those practices from occurring as Nelsonville-York prepares for another season.

It’s a season that is full of high expectations, if Nelsonville-York is able to take the field. Coming off a 7-3 record and a share of the Tri-Valley Conference Ohio Division title, the Buckeyes bring back a slew of starters and experience.

That experience has helped Richards and the Buckeyes’ coaching staff make the most of the summer. Passing scrimmages didn’t happen in July, but with unlimited coaching days available to them, Nelsonville-York was able to hold its own passing scrimmages.

“A lot of times at the end of practices we did 7-on-7s,” Richards said. “Coach (Jay) Kline took care of the offensive line. So I feel like we’re further along there. We just didn’t get to go against different teams. I do feel blessed this year that we have a lot of skill kids. So we can get a pretty good look when we put our old kids versus our old kids. We have a lot of depth at receiver, that helped.”

While the other four Athens County schools shut down workouts for two weeks during July because of the coronavirus spread, the Buckeyes continued on. They’ve held workouts or practices every week since early June.

It is a good year to bring back an experienced unit, as regular scrimmages in August are currently suspended. Contact sports are yet to be approved for school vs. school competition by Gov. Mike DeWine’s office.

Last season, Nelsonville-York was able to scrimmage against Logan, New Lexington and Newark Catholic to help prepare for the season.

Nelsonville-York will have offensive returners in Brandon Phillips, Christopher McDonald and tight end Ethan Gail to name a few. Fullback/linebacker Colton Snyder will be a four-year starter and is one of the last regular holdovers from 2017’s 13-1 squad.

But the Buckeyes will have two questions marks when it comes to the departure of Keegan Wilburn and Mikey Seel.

Wilburn, a true freshman at Ohio University, is one of the most prolific players to play at Nelsonville-York, scoring 72 touchdowns the previous four seasons. Seel started every game at quarterback the last two seasons and will play at Otterbein.

So while the Buckeyes have plenty of returning players, a new signal caller might see his first live reps against the Trimble Tomcats in the season opener.

“The no scrimmages, maybe they’ll be nice to give us one and give us a little something, but it’s going to definitely be different if going into game one, whenever game one is, it’s going to be a different feel with a new quarterback,” Richards said.

The annual week one game with Trimble is arguably the most important on the season for both teams. The Tomcats will also break in a new quarterback and several new pieces on both sides of the ball.

Nelsonville-York usually spends this time of the season focused solely on preparation for the Tomcats. While that is still the case when they are on the field, the questions still abound about whether or not that game will be played.

The Ohio High School Athletic Association announced on Friday that the season will be shortened, with six weeks of games leading into the postseason. It's unknown at the moments how many non-league games will be played.

There are certainly plenty of questions, but for now the Buckeyes are doing what they can on the field.

“They’re (the players) still asking a lot of questions — coach what have you heard? I’m getting that on a day-to-day basis,” Richards said on Monday, before Friday's announcement. “All I’m telling them is all we can do is show up and prepare for Trimble until they tell us we can’t play. So we can’t sit back and think about it. Hopefully we get good news, but once they get here, they’re working no different than they did in the past.”