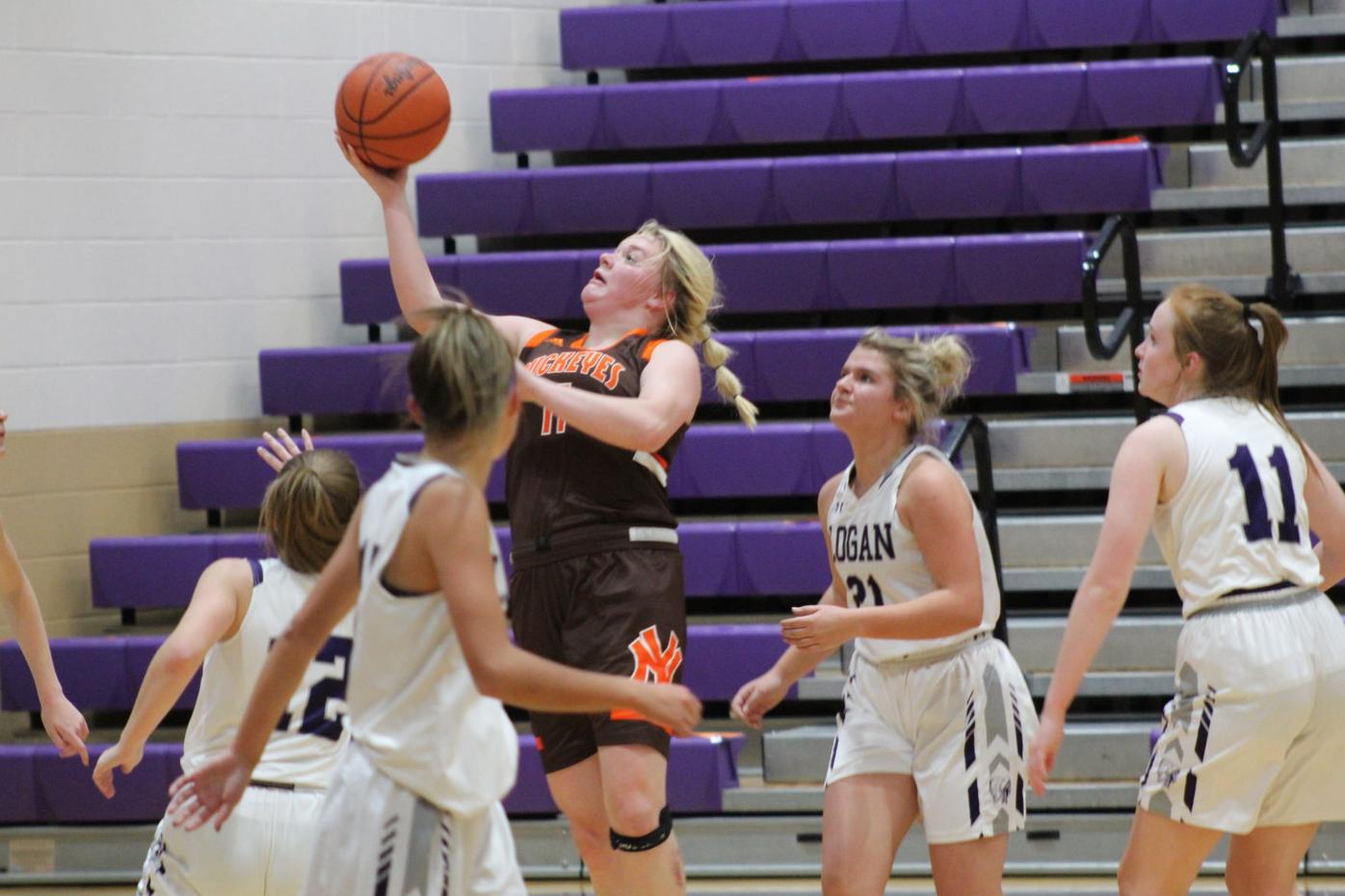 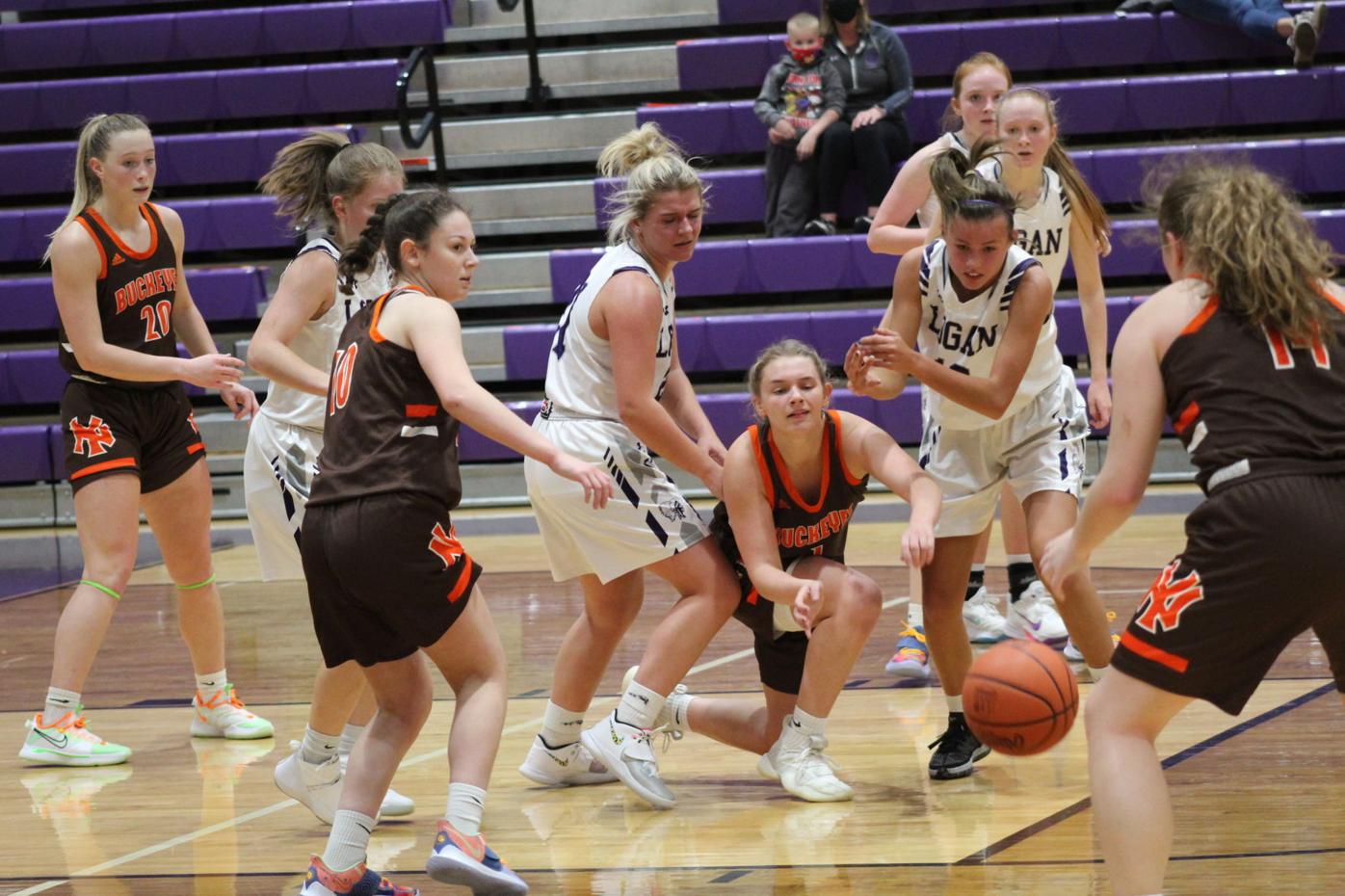 A Logan graduate and former Chieftain basketball player himself, Cassady said he is always rooting for the Purple and White.

On Saturday though, it was Cassady’s job to stop Logan from earning a season-opening victory.

“I wish all those girls well,” Cassady said. “I kind of have mixed feelings about beating them sometimes, honestly. But I want to win every game the same amount. I don’t think anybody wants to win more than me, honestly.”

Cassady was indeed able to get that first victory of the season, as Nelsonville-York led throughout in a 53-40 win over Logan inside Jim Myers Gymnasium.

It’s the second season in a row in which the Buckeyes (1-0) have defeated Logan (0-1) in girls’ basketball.

“We were just expecting good things to happen and clearly they didn’t,” Logan coach Jessica Harris said. “Nelsonville’s a really good team. They came out attacking. They came out ready to play and we did not.”

The Buckeyes have to replace three senior starters off of last season’s 19-5 team, but through one game at least didn’t appear to miss a beat.

Junior point guard Mackenzie Hurd is back for a third season, and she stuffed the stat sheet with 10 points, 17 rebounds, five assists, three blocks and two steals.

“Mack has that tremendous impact on the game,” Cassady said. “She’s a great teammate. Gets it done on the defensive end. She’s a total player.”

While Hurd is about as experienced a player as there is in the area, the Buckeyes had a couple new faces who made big impacts in Logan.

Freshman Airah Lavy made her varsity debut, and did so two days after having surgery to repair a broken nose.

The injury didn’t appear to slow her down, as she scored a team-high 20 points on 7 of 16 shooting. She made a trio of 3-pointers to go with four rebounds and three steals.

“I’ve got to keep reminding myself that she’s a freshman, No. 1, because she is a special talent,” Cassady said. “I kind of hate to say this but she can play a lot better. She is that good.”

“I think it’s good to get her feet wet,” Cassady said. “Get that first game out of the way. We’re looking for big things from her this year.”

Sophomore Brooklyn Richards gave N-Y strong play in the post, adding 12 points on 6 of 9 shooting with six rebounds. A transfer who played at Federal Hocking last year, Richards is in her first season in the Buckeyes’ program and made an immediate impact.

“Her effort, you saw it tonight,” Cassady said. “I’ve been seeing that every day.”

Logan was led by junior Brooklin Harris, who tallied a game-high 23 points to go with four rebounds and two steals.

“Harris is tough to defend,” Cassady said. “She’s quick and she’s elusive in there so she put us in foul trouble.”

After falling behind, Logan rattled off eight points of its own to tie the game in the first quarter.

Lavy made a jumper, starting a 13-0 run that Logan would never fully recover from.

Hurd’s three-point play to open the second quarter gave Nelsonville-York a 15-8 edge, and Richards’ field goal with 5:29 left in the first half allowed the lead to grow to 21-8.

Logan trailed just 26-20 at halftime, but was held to five third-quarter points. Harris’ three-point play brought the Chieftains within 27-23 early in the third quarter, but Lavy’s 3-pointer pushed N-Y’s lead back to 32-24.

The Buckeyes finished the third quarter on a 11-2 run, leading 38-25 after Hurd found Richards for a bucket.

Logan senior Avery Thompson, a three-year letter winner in the Chiefs’ program, dealt with foul trouble in the third quarter and ultimately finished with just one point.

“Having Avery in foul trouble that third quarter helped us,” Cassady said. “But can’t complain about the win. Obviously, I want to get a lot better also.”

The Buckeyes put the game away in the fourth, leading 43-31 after Richards scored on a drive. Lavy’s 3-pointer from the left wing felt like a dagger, pushing N-Y’s lead to 46-32 with just 4:46 remaining.

Nelsonville-York continued to lead, 50-35, after Ashleigh Cantrell’s assist led to Lavy’s inside bucket with 1:42 to play.

Cantrell added seven points and eight rebounds for the Buckeyes.

Logan’s season opener will be followed by a two-week shut down mandated by the Logan-Hocking School District due to a COVID-19 surge in Hocking County. It will be a challenge for Harris and her Chiefs, as they won’t be allowed to practice over the two-week break and aren’t scheduled to play again until traveling to Circleville on Dec. 16.

“I’m happy we get a full week coming back to practice because there’s clearly a lot we have to work on,” she said. “But I do think the one positive we can take out of this game is we did see what we need to work on. I think we can use that as kind of a chip on our shoulder.”

The Buckeyes travel to Eastern on Monday, then get a week off before hosting Miller on Nov. 30.

Nelsonville-York will look like a different team this year with the graduation losses of Haley Hurd, Grace Sinnott and Joscelyn Heller. The first game served as a reminder that the Buckeyes will still be a tough team to beat, even if Cassady was already looking for improvement afterwards.

“Definitely a lot of things that we need to correct,” he said. “Such a crazy year with everything going on. I’m just glad we got to play. That’s the main thing. I’d hate to see anybody lose out on a season. Just happy that we’re playing, and hopefully that continues.”