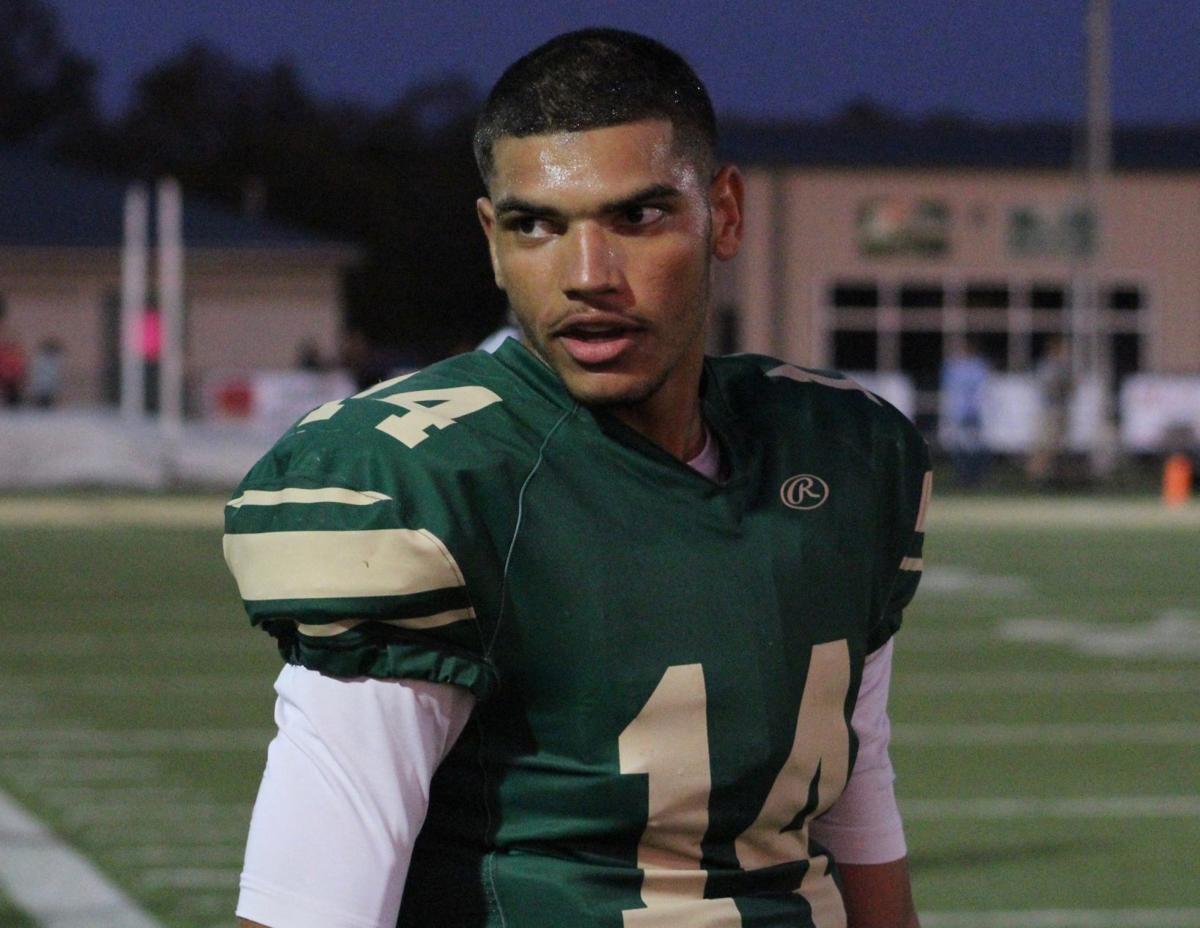 Athens junior quarterback Joey Moore accounted for more than 3,100 yards (rushing and passing) and 35 touchdowns in 2019 for the Bulldogs. 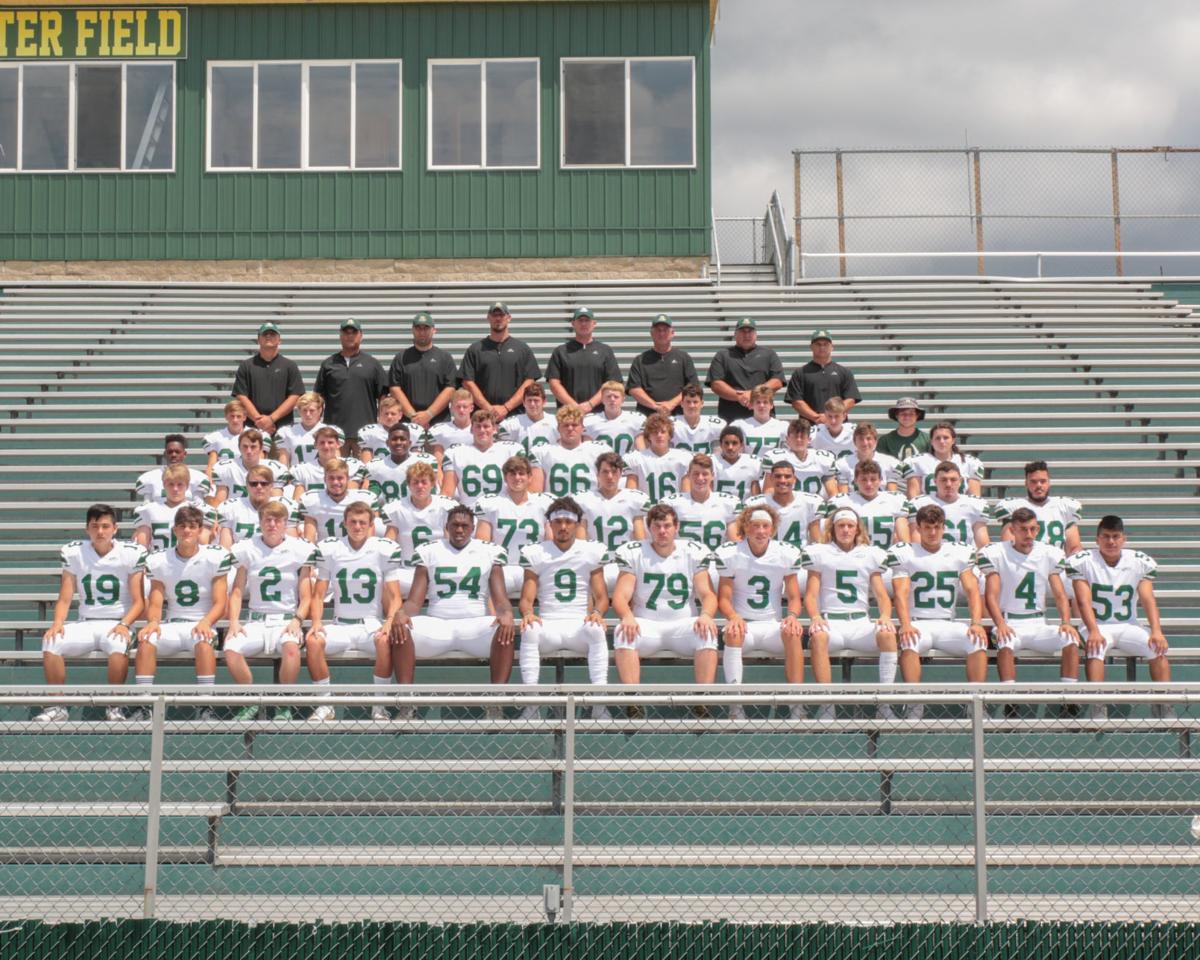 The 2019 Athens Bulldogs are led by first-year coach Nathan White.

Athens junior quarterback Joey Moore accounted for more than 3,100 yards (rushing and passing) and 35 touchdowns in 2019 for the Bulldogs.

The 2019 Athens Bulldogs are led by first-year coach Nathan White.

Any analysis of the Athens Bulldogs’ 2019 season will act as a rorschach test for those doing the analyzing.

On the one hand, the Bulldogs (5-5, 5-1 Tri-Valley Conference Ohio Division) won a share of the TVC Ohio crown in a second consecutive season. Athens wasn’t outmatched by any team on the schedule, despite four playoff teams and nearly a fifth in the 10-game slate. First-year starting quarterback Joey Moore had as good a season at the position as any player in Athens history not named Joe Burrow. Senior flanker Nate Trainer put up the best receiving season in a 10-game regular season in program history.

And yet, when Athens stumbled it was glaring and obvious. A year-long issue with discipline — penalties and suspensions played far too big a role in Bulldogs’ season — continually cut the legs out from under some of the good things going on.

First-year head coach Nathan White, the offensive architect of the Bulldog glory years, will do a deep dive on what needs to change for Athens moving forward in the offseason. If you watched Athens more than once this season, chances are you saw enough 15-yard penalties to wonder aloud “What was he thinking?”

“That’s something I’m going to look long and hard at over this offseason and try to figure out how we can fix that issue, which was a problem all year and has been for a few years now,” White said after Athens finished its season with a 35-28 home loss to Nelsonville-York in week 10.

The finale was an accurate encapsulation of Athens’ season. The Bulldogs played two halves. In the first, they were disjointed, sloppy and continually hurt themselves with penalties, dropped passes and blown assignments.

In the second, Athens was much sharper and nearly stole the game against a quality opponent.

For every sequence, quarter or half where the Bulldogs looked capable of being one of the better teams in the region, there was a counterpart where nothing went right and they lost their collective poise.

Athens was just a handful of plays away from an 8-2 mark. After the N-Y loss, White said his team just needed one more stop, or just a little more time at the end of the game.

“I don’t know how to fix that,” White said. “We’ll search for that answer and many other answers to questions this offseason and really kind of step back and evaluate the program and evaluate myself as a coach to see what we can do to get better.”

Athens had 12 seniors on the roster and will have to find ways to replace them in 2020. There were eight starters in the group, and at least seven of them played significant reps on both sides of the ball.

The biggest loss will be 2019 MVP (in this writer’s opinion) Nate Trainer. Trainer set an Athens’ regular-season receiving yardage record with 1,049 receiving yards on 67 catches with seven touchdowns. He was a two-way standout, and helped the Bulldog defense with play at linebacker as well.

Also gone is two-way lineman Dylan Wogerman, the Bulldogs’ best interior player all season. Also gone will be Isaiah Butcher, who teamed with Wogerman to give the ‘Dogs the bulk of their inside heft.

A lot of what made Athens’ offense click this season — 34.5 points per game — was in the graduating class. Wogerman and Butcher were essential on the interior of the offensive line, Trainer was a cornerstone, Stalder became a steady force at RB and Halbert broke through in a big way.

And many of those same players — Wogerman, Butcher, Trainer, Halbert in particular — were key players defensively as well.

The good news for Athens is there are a couple key offensive pieces set to return. For example, junior Peyton Gail (279 rushing yards, 3 TD, 25 catches, 231 receiving yards) was a solid threat at the WR/RB hybrid role that Athens preferred in 2019.

And then there’s Moore, who shattered expectations for a first-time starting quarterback in White’s system. He was Athens’ best runner all season — 770 rushing yards, 11 touchdowns — which didn’t surprise anyone who saw him as a skill position player in 2018.

But Moore picked up the details and added responsibilities of the QB position quickly. He completed 60.6 percent of his passes, and hit equal numbers of deep shots and short, quick throws. He threw for 2,401 yards on the season and bagged 24 touchdown passes against 10 interceptions.

If there’s reason to believe Athens will be even better in 2020 — despite 32 graduating seniors over two classes — it rests on Moore.