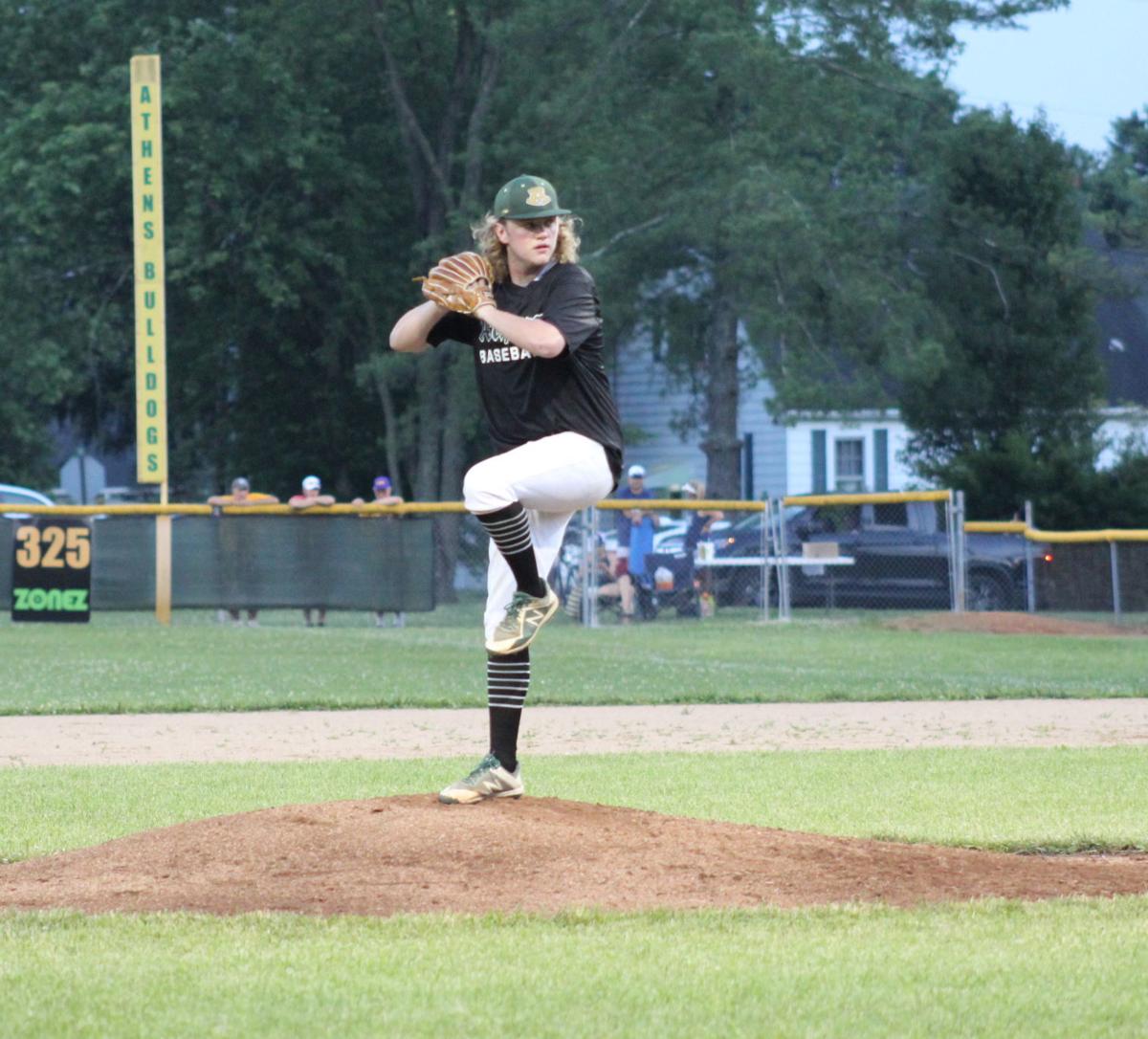 Athens pitcher Will Ginder got the win on Tuesday. Ginder pitched six innings in Athens’ 11-4 win over Alexander. 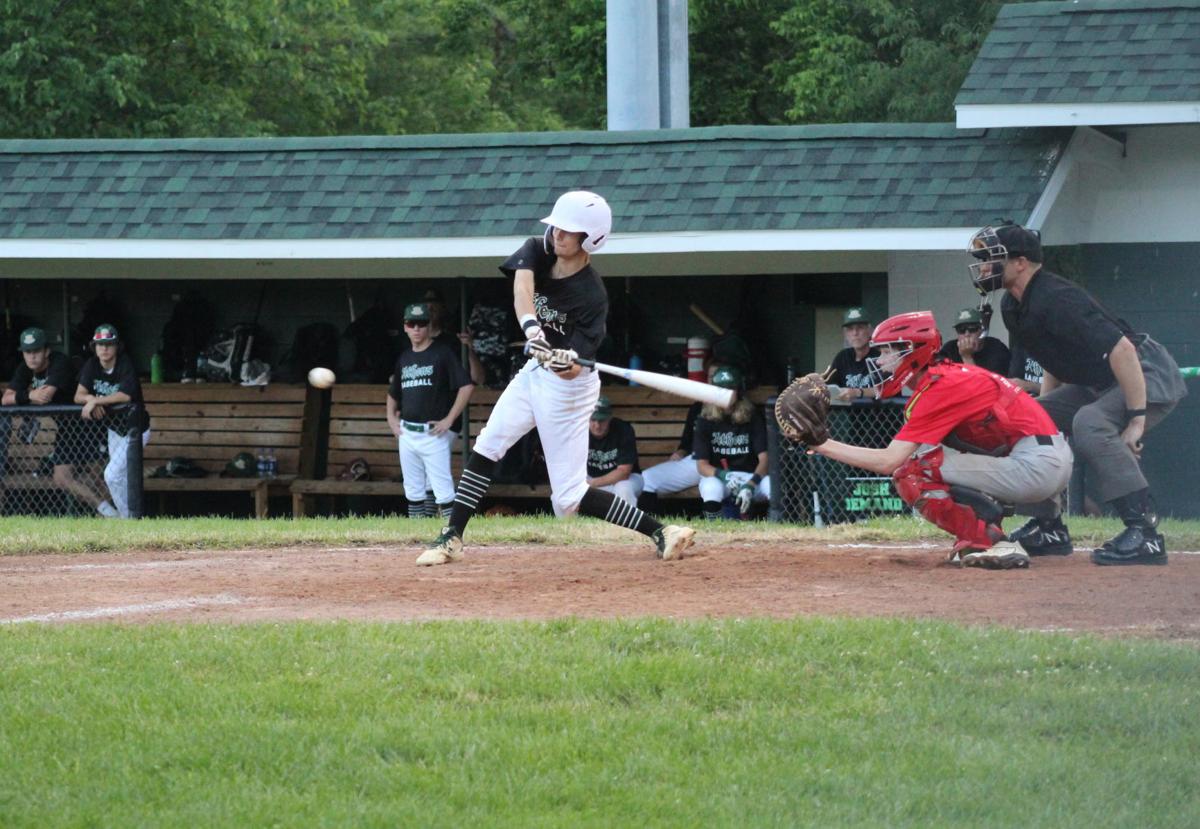 Athens pitcher Will Ginder got the win on Tuesday. Ginder pitched six innings in Athens’ 11-4 win over Alexander.

With a busy week ahead, Will Ginder did his best to save Athens’ bullpen.

Ginder answered the call on Tuesday, pitching six innings of solid relief in Athens’ 11-4 victory over Alexander at Rannow Field.

Ginder allowed only a run on three hits, striking out three to earn the pitching victory. He retired the first nine batters he faced and didn’t allow a hit in five of his innings.

“We have a great defense,” Ginder said. “I trust them and they did a great job tonight. Helped my pitch count out tonight.”

Ginder said the plan was for him to get on the mound on Tuesday, but not necessarily to throw six innings. Rece Lonas got the start and pitched an inning. However, a sore arm led to Ginder being called upon for the top of the second inning.

“Rece was supposed to go about two, three innings max and his arm just started to hurt,” Ginder said. “I warmed up and was ready to go.”

In reality, Ginder has been ready to go for months. He excelled on Athens’ JV team as a freshman and sophomore, and was ready to see an expanded role on the varsity team his junior season.

That opportunity never materialized due to the coronavirus, so Ginder wasn’t able to show what he was capable of last spring. The summer season is giving him a chance to showcase his potential.

“We were planning on having a really solid year,” Ginder said of last spring. “We were all looking forward to it, but it’s nice to play with the seniors one last time. I’ve been playing with them for a long time. It’s really nice to have them for a summer.”

Ginder came on in the second after Athens (6-6) scored four in the bottom of the first to grab a 4-3 lead. He didn’t let Alexander find an answer, needing only four pitches to retire the side.

Ginder then needed only six pitches to get through the top of the third.

“It was 4-3 when I came in, I knew we just got on them so figured I would keep that tempo and keep us rolling,” Ginder said.

While the summer season gives Athens’ eight seniors a chance to play together one final time, it also serves as a valuable learning experience for players like Ginder. With pitching aces Jack Cornwell, Nate Trainer, Reece Wallas and Lonas graduated, Ginder will be aiming to be Athens’ top arm next year.

“Just trying to get my velocity up as much as I can and throwing strikes,” Ginder said.

Building for the future is something that is on Larry Bean’s mind, Alexander’s baseball coach.

Alexander had numerous players in Tuesday’s game that will be key pieces next spring.

“Objective No. 1 is experience for the younger guys and sending the seniors off with giving them some playing time,” Bean said. “Hopefully be in some winning situations, but I really don’t care what the scores are too much. We’re just playing some baseball and having fun.”

The Spartans have done plenty of winning so far, as their record stands at 6-3 after Tuesday.

Alexander’s team formed shortly after the announcement of Athens’ summer season. Bean said the Alexander players essentially organized their own roster, once they found out summer baseball was a possibility.

“They notified me and said they wanted to play baseball,” Bean said. “So I started checking into it. We found a way to get on the field. I’m glad for the seniors and the younger kids. It gets them some experience.”

Alexander sent Isaac York to the mound on Tuesday. Already a two-year starter going into what would have been his junior year last spring, York will be primed to once again be Alexander’s ace in the spring of 2021.

York was staked to an early 3-0 lead against Athens. He scored on Connor Truax’s RBI single, and Jacob Phillips’ two-run single to right gave Alexander the early three-run cushion.

The lead didn’t last for Alexander. York hit the first three batters he faced — the first two coming after getting ahead in the count — setting Athens up for the big inning.

Andrew Stephens’ RBI single just dropped into left field ahead of a diving effort by Jacob Jordan to get Athens on the board.

The inning changed course when Cameron Niese reached on an error at second base. A throw past first base allowed two runs to score, tying the game at 3-3. Wallace’s infield single eventually scored Stephens, and Athens led 4-3.

York would leave the bases loaded, but it would be his only inning of work. Truax took over in the second, and Athens scored four more runs.

All of the second-inning runs came with two out. Stephens’ RBI double to left-center made it 5-3, and Wallace’s RBI single to right pushed the lead to 6-3. Aiden Kostival delivered the big hit, a two-run double for an 8-3 edge.

Alexander made it 8-4 thanks to York’s RBI infield single to short in the fifth.

Athens added three more runs for Ginder in the bottom of the fifth. Trainer’s single to right scored Jeremy Colburn for a 9-4 edge. Stephens third and fourth RBIs of the game came on a single to center, giving Athens the 11-4 advantage.

“Hopefully we learn from it and get better and you can’t make those mistakes against good ball teams that are going to make you pay,” Bean said. “We paid for it tonight.”

Alexander will return to the field on Thursday with a trip to Warren.

Athens faced Jackson on Wednesday, and will play in a weekend tournament in Lancaster.

It’s another week full of games, but Tuesday’s had a little more meaning. There may have been no league title at stake, but games between Athens and Alexander are always circled on the calendar.

“We’ve been waiting for this one for a long time,” Ginder said. “Felt good to get a win.”