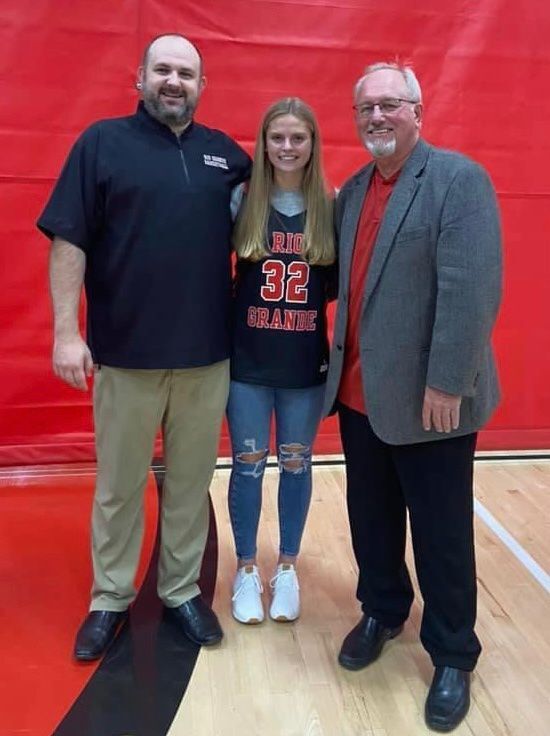 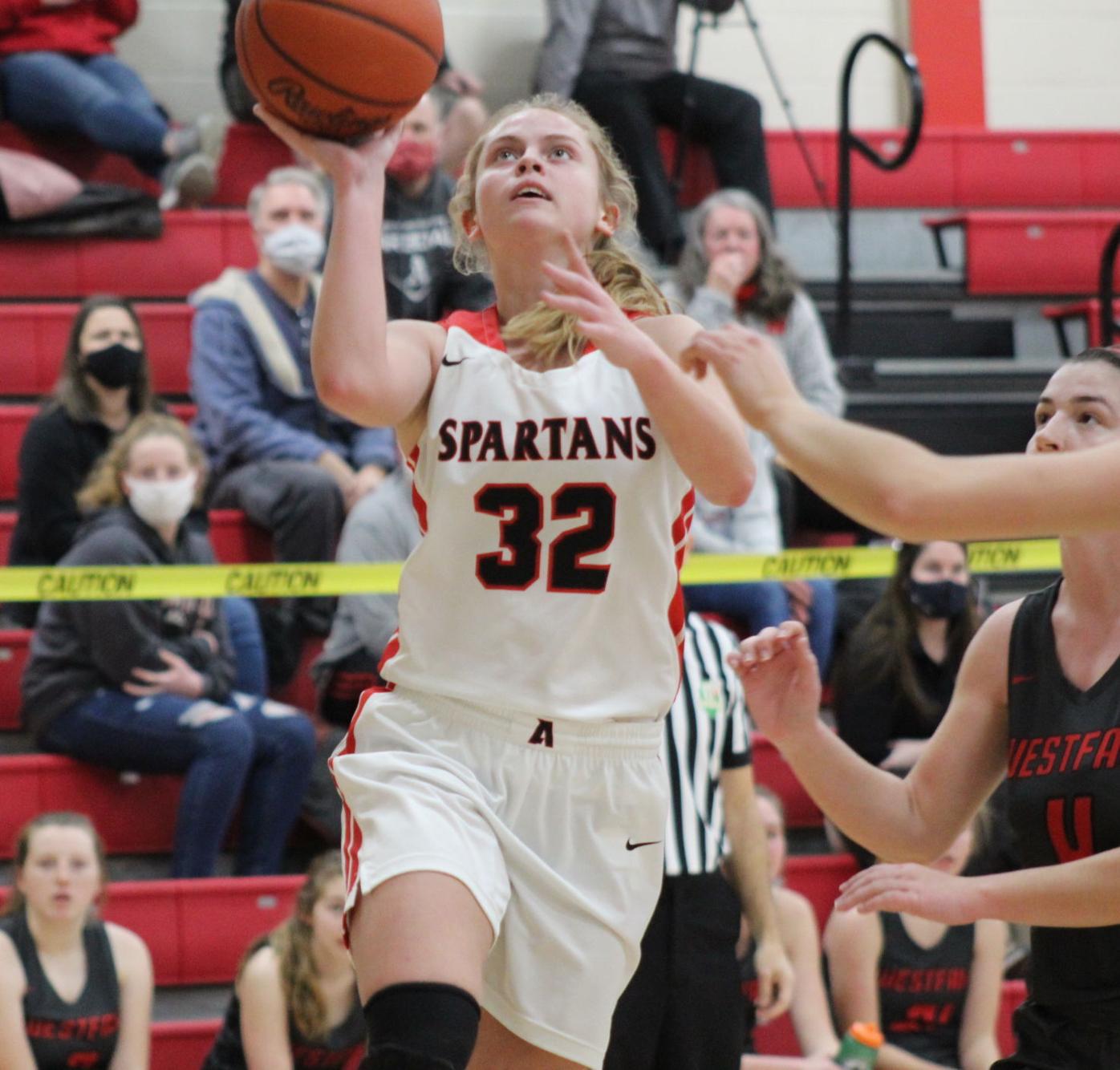 Alexander junior Marlee Grinstead (32) goes up for a layup during a Division III sectional final against Westfall.

Alexander junior Marlee Grinstead (32) goes up for a layup during a Division III sectional final against Westfall.

ALBANY — Marlee Grinstead said it didn’t matter where she ended up after high school, just that she had the opportunity to play college basketball.

“Being a college basketball player has always bene my dream,” Grinstead said. “Doesn’t matter if it’s D-1, D-2, D-3, NAIA, I always wanted to play basketball in college, be where I’m wanted and where I’m going to be able to play.”

Grinstead found an opportunity that checked all of the boxes for her last summer with the University of Rio Grande. It helped make the decision an easy one on where to spend the next four years of her basketball career.

Grinstead, a senior at Alexander High School, recently signed her letter of intent to play basketball at Rio Grande.

Grinstead has started at point guard for the Spartans since her freshman year, and she’ll take her court vision and basketball IQ south to Gallia County starting next year.

“I feel like with her work ethic and her desire to play basketball, she’s going to be a huge asset down there for Rio,” her father and Alexander basketball coach Jeff Grinstead said.

Marlee Grinstead said she didn’t have any contact with any colleges after her junior basketball season ended, but interest started picking up last summer.

Rio Grande was actually the first school that offered. Even though she didn’t immediately accept, she said she felt like the school was the right fit.

“I went to Marietta and OVU, no where else really compared to Rio,” she said. “It just felt like home. It’s 45 minutes away. That’s really a good plus.”

Marlee Grinstead kept her options open through her AAU summer basketball season. They went on a visit to Ohio Dominican, a Division II school, and got an offer to play for the Panthers.

However, Marlee Grinstead said all roads pointed her toward Rio Grande. They went on a second visit later in the summer.

“I knew that’s where I wanted to go,” she said. “(The coaches) made me very comfortable. It feels like I’ve known them forever. They’re so nice and kind, they make me feel wanted there.”

Add in the fact that Grinstead plans to major in education, and the fact that Rio Grande was offering to pay for her tuition and the decision became a slam dunk.

“She’s got a chance to go in there and play,” Jeff Grinstead said. “To be able to go to college 45 minutes from home and have a chance to come right on the court and play, and get your school paid for, every dime, that’s pretty cool, and this is a great opportunity for her.”

Grinstead enters her senior season having already scored 1,012 career points at Alexander. The Spartans have posted a record of 57-18, including winning three sectional titles and a district title Grinstead’s freshman season.

The Spartans were 23-3 that season before losing to Hiland in the regional semifinals.

“Freshman year was obviously our best year and playing with athletes like Rachel Richardson and Kena Rice, and all of them, we were so good,” Marlee Grinstead said. “There will probably never be another team go through Alexander that was like that.”

“I think from the time when Marlee was just little she’s loved basketball,” Jeff Grinstead said. “If you love something, you’re going to put the work in it that it takes to get better. That’s what she’s done. She’s put in a lot of extra work, ball handling, shooting, just communication with her teammates and being a leader.”

Marlee Grinstead has grown up around Spartan basketball. Her older sister, Morgan, graduated from Alexander in 2011 and was a four-year starter as a point guard.

“She’s one of my big role models, even now,” Marlee Grinstead said. “She’s such a great person, kind and will do anything for anybody. She’s helped me a lot. She always comes in the gym with me whenever I ask her to.”

Many in the Alexander community were present when Grinstead officially signed with Rio Grande. Red Storm coaches David Smalley and Brandon Bias were also in attendance.

“That was unreal, really,” Marlee Grinstead said. “There were so many people there and it was awesome to see all that support from everybody.”

Grinstead’s senior season opens with a flurry. After playing at Circleville to open the season on Friday, the Spartans will host Marietta on Monday before traveling to Trimble on Nov. 29.

Marlee Grinstead said she might want to coach after her playing days are over. She’s already a coach on the court for the Spartans, who will break in three new starters this season.

Marlee Grinstead said helping the younger players along is one of her main goals on the court.

“That is going to be our future in the upcoming years, is these younger girls and they have a lot of stuff to work on and I want to be the person that helps them through it,” she said. “And obviously I want to have a good, winning season and make it far in the tournaments. But I think our goals are bigger than just TVC and winning a sectional, it’s building the team.”

Once Marlee Grinstead moves on from Alexander, she’ll join another winning program. Rio Grande is currently 8-0 and averaging 92.0 points per game.

“What else does she want? She’s doing to be an education major, they’re a very good school for education majors,” Jeff Grinstead said. “Sometimes things just work out.”