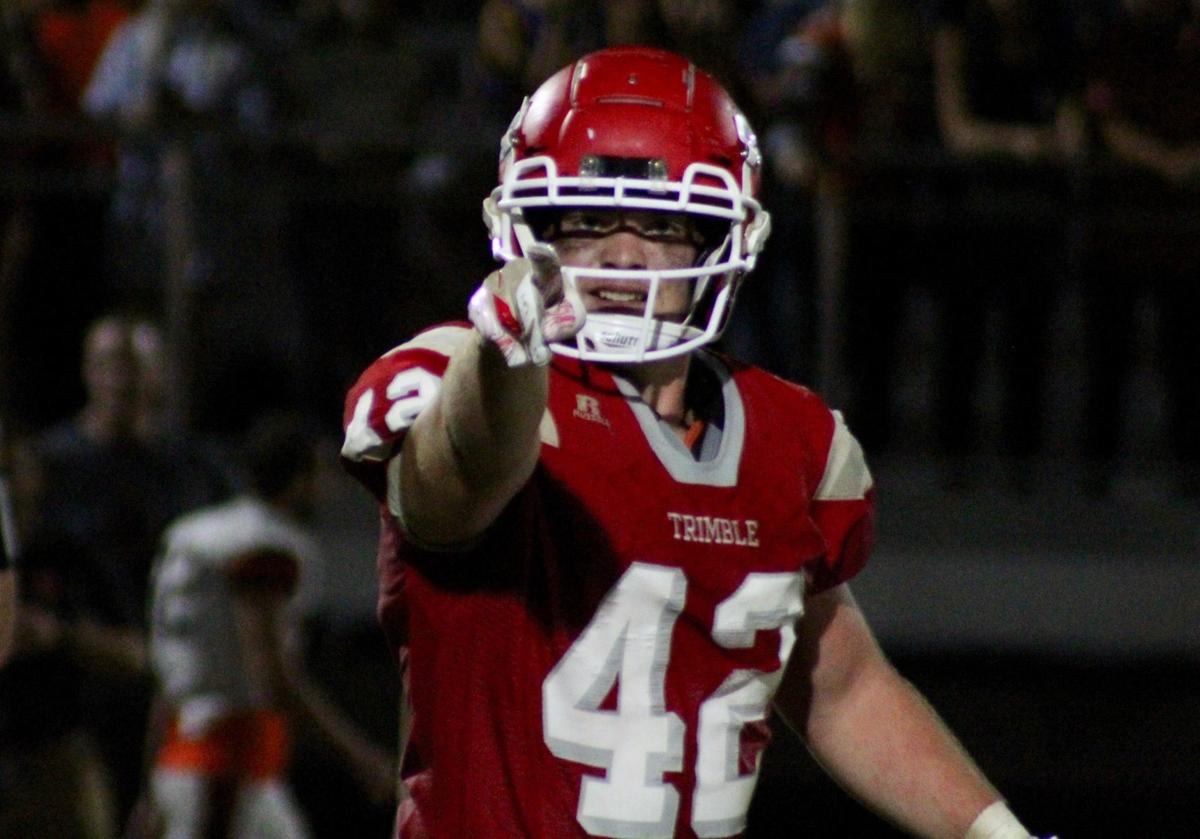 Trimble senior linebacker Sawyer Koons and the Tomcat defense only allowed six points during the 2019 regular season. Koons is a two-time state Defensive Player of the Year, and will attend school at Alderson Broaddus University. 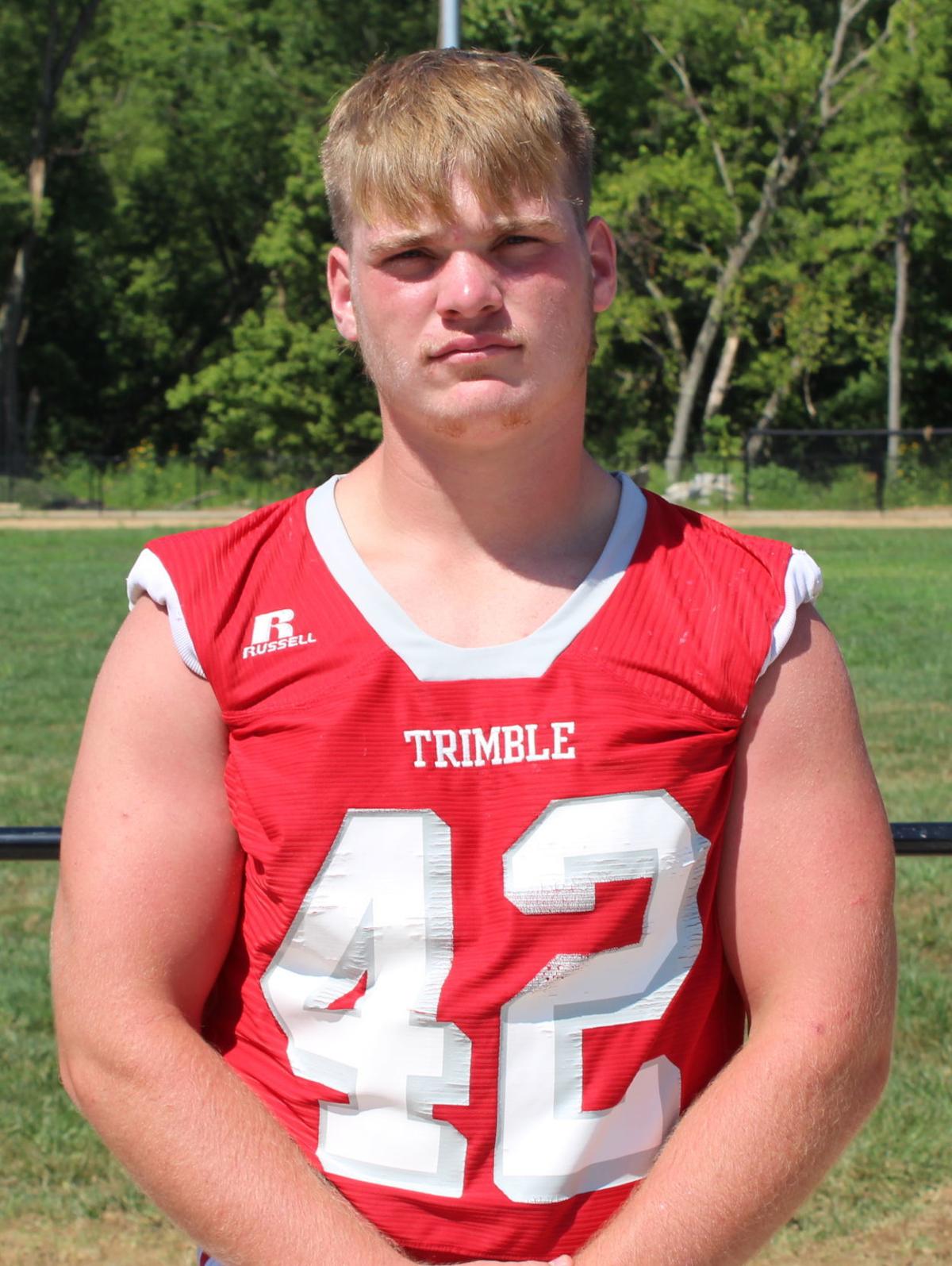 Trimble senior linebacker Sawyer Koons and the Tomcat defense only allowed six points during the 2019 regular season. Koons is a two-time state Defensive Player of the Year, and will attend school at Alderson Broaddus University.

The state of Ohio remains under a stay at home order, and high school students are carrying out the rest of their school year from home.

That doesn’t mean Sawyer Koons is taking it easy. Far from it.

“Just been working on the farm with dad and mom, been mowing a lot of grass,” Koons said. “That’s kind of my job now.”

Koons is working hard at home, and whenever the time comes he’ll be once again putting in work on the football field.

Koons recently announced his decision to continue his football career at Alderson Broaddus University. The two-time all-Ohio linebacker will become a Battler.

It was that type of community feel that ultimately swayed Koons toward his decision. He wasn’t sure that he would continue his football career after high school unless it was the right fit.

“I wasn’t for sure set on going to play anywhere unless I got a good deal and I wanted somewhere that felt like home,” Koons said.

“I really wasn’t wanting to go that far away, but it doesn’t feel that far because it feels a lot like home,” Koons said.

Koons made himself feel at home in opposing teams backfields as a middle linebacker for the Tomcats. He had 91 tackles, including 12 for loss, four sacks, six forced fumbles, two fumble recoveries, three interceptions and two defensive touchdowns during the regular season last year.

Koons had 136 tackles, two interceptions and 32 tackles for loss as a junior.

Koons was a four-year starter for the Tomcats, who went 42-9 over that time period. Koons was part of seven playoff wins, including a trip to the Division VII state championship game as a junior.

Trimble went 10-0 in the regular season his senior year, giving up only six points along the way.

“We all feed off one another,” Koons said. “We didn’t care who got the glory. We just wanted to win, kick everyone’s butt. We all fired on all cylinders.”

Koons was the Division VII state Defensive Player of the Year as a junior, then won the same award in Division VI as a senior.

“I’m very proud of that,” Koons said. “I don’t know how many times that’s been done, but I’m glad that a kid from Glouster was able to do it.”

Koons was just continuing the family tradition. His older brothers — Jacob as a linebacker and Tanner as a defensive tackle — were also district players of the year. Sawyer had a chance to learn from the best.

“They probably played the biggest role, because without watching them play I wouldn’t have wanted it so much out of me,” Sawyer said. “I didn’t know you could do so much on the football field as they did.”

The three Koons brothers combined to win five Southeast District Defensive Player of the Year awards, as all three also played in a state championship game. The family left quite the legacy on Trimble football over the last decade of dominance.

“I’m beyond blessed to be able to do all the stuff I wanted to do and I did more than what I expected myself to do,” Koons said.

The Tomcats were winners of 24 games in just the last two seasons, including five playoff wins.

However, Koons said it was the traditional county rival that stood out the most when he reflected back on all of the success.

“The memory that stood out to me was my senior year after beating Nelsonville, being able to hold up the trophy with all of my teammates,” Koons said.

The Tomcats opened the 2019 season with a 35-0 home win over the Buckeyes. The second straight win over their rivals helped set the table for the dominance that was to come.

“Nelsonville was our biggest game of the year, we thought in our head,” Koons said. “All year long we prepared for that game. Depending on how we played them, that’s how good we knew we were going to be. That was a good place holder for us. After holding up the trophy that we get for beating them, we were all so happy. I’ll just always remember that forever, just how happy we were.”

Koons plans to major in physical education, and perhaps someday could be coaching on the Trimble sideline.

In the meantime, he’s trying to get ready for the season the best way he can. Normal training is difficult in this time of social distancing.

“It’s hard to workout, but I’ve been working out as much as I can,” he said. “Running and keeping in shape until it’s time to go down to Philippi.”

Koons will be proud to represent his hometown when he travels to continue his academic and athletic career in West Virginia. Glouster, and Trimble football, helped shaped Koons into the player he is and he won’t forget that.

“I’d like to thank everyone from Glouster that has done everything for me,” he said. “I couldn’t have done it without the hometown of Glouster. Everyone has played a role for me.

“I’m not going to stay away long,” he concluded. “I couldn’t, I don’t think. I’m going to be a Battler, but I’m always going to be a Tomcat at heart.”