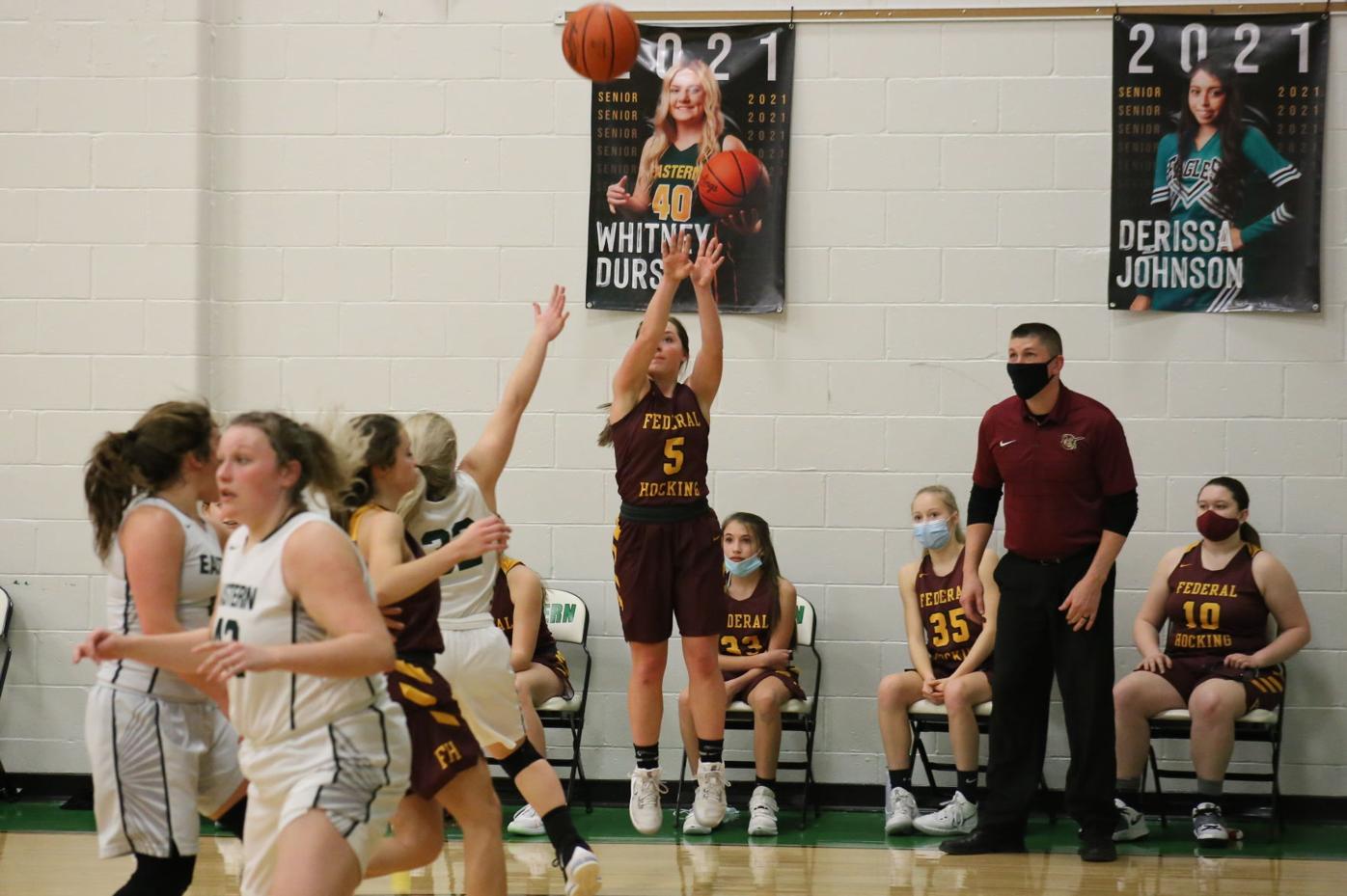 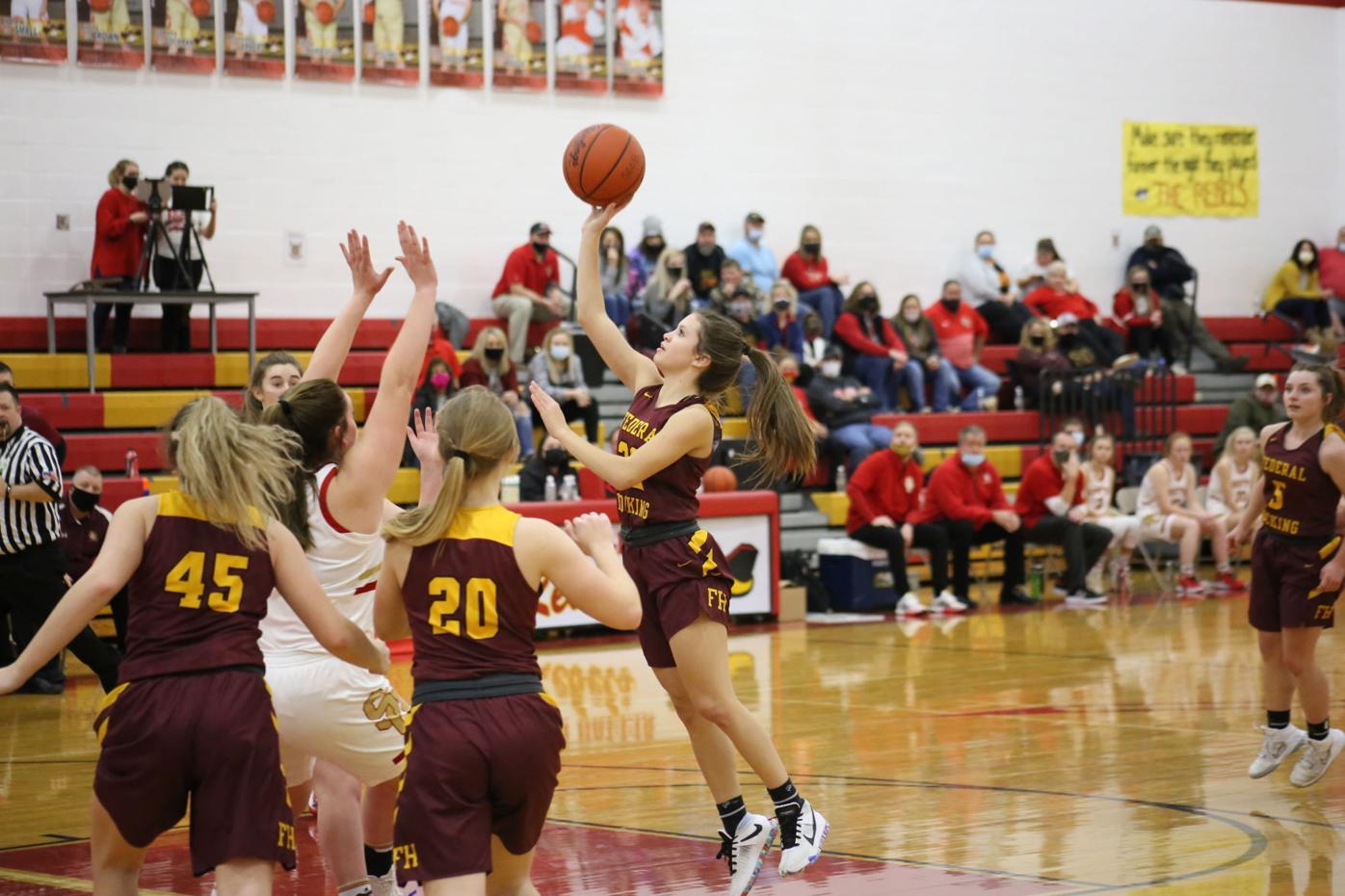 Federal Hocking’s Paige Tolson puts up a shot in the lane Wednesday at South Gallia. Tolson had 22 points, but South Gallia took the 59-56 win.

Federal Hocking’s Paige Tolson puts up a shot in the lane Wednesday at South Gallia. Tolson had 22 points, but South Gallia took the 59-56 win.

Federal Hocking won at Eastern on Thursday, 64-52, to earn its second win of the season against the Eagles.

Tolson wasn’t far behind, scoring 22 points in the rematch to go with eight assists and three steals. She made five 2-pointers, two 3-pointers and all six of her free throw attempts.

Federal Hocking improves to 8-4 overall and 3-4 in the Tri-Valley Conference Hocking Division.

Eastern led 16-11 after one quarter, but Federal Hocking went ahead 29-25 at halftime. Federal Hocking led 42-36 after three quarters. The Lancers made all eight of their free throw attempts in the final three minutes to clinch the win. They made 14 of 17 free throws in the game.

MERCERVILLE — The Federal Hocking Lancers nearly staged a comeback for the ages on Wednesday before falling just short at South Gallia High School.

The Lancers scored 32 fourth-quarter points before losing to the Rebels, 59-56, in a Tri-Valley Conference Hocking Division makeup game.

The game was close into the third quarter, with South Gallia lead 7-6 after one quarter. The Rebels led 21-16 at halftime.

The Rebels then went on a 21-0 run, leading 46-24 early in the fourth quarter. The Lancers were held scoreless for a stretch of 6 minutes and 19 seconds.

The Lancers were able to cut the deficit to 14 points with 3:50 left when South Gallia’s Jessie Rutt fouled out.

Federal Hocking kept fighting back, trailing by just two points, 58-56, after a 3-pointer with 11 seconds left.

Having no choice but to foul, Federal Hocking’s Paige Tolson did just that. It was her fifth though, as she had to sit the rest of the way.

The Rebels split a pair of free throws for the 59-56 lead, and the Lancers’ last-chance 3-pointer was blocked.

Brennah Jarvis added four points for the Lancers, all coming in the first quarter. She led the defense with five steals.

Rutt and Kennedy Lambert each scored 10 points for the Rebels, as Rutt also grabbed seven rebounds.

Federal Hocking’s next scheduled game is Thursday at home against South Gallia.