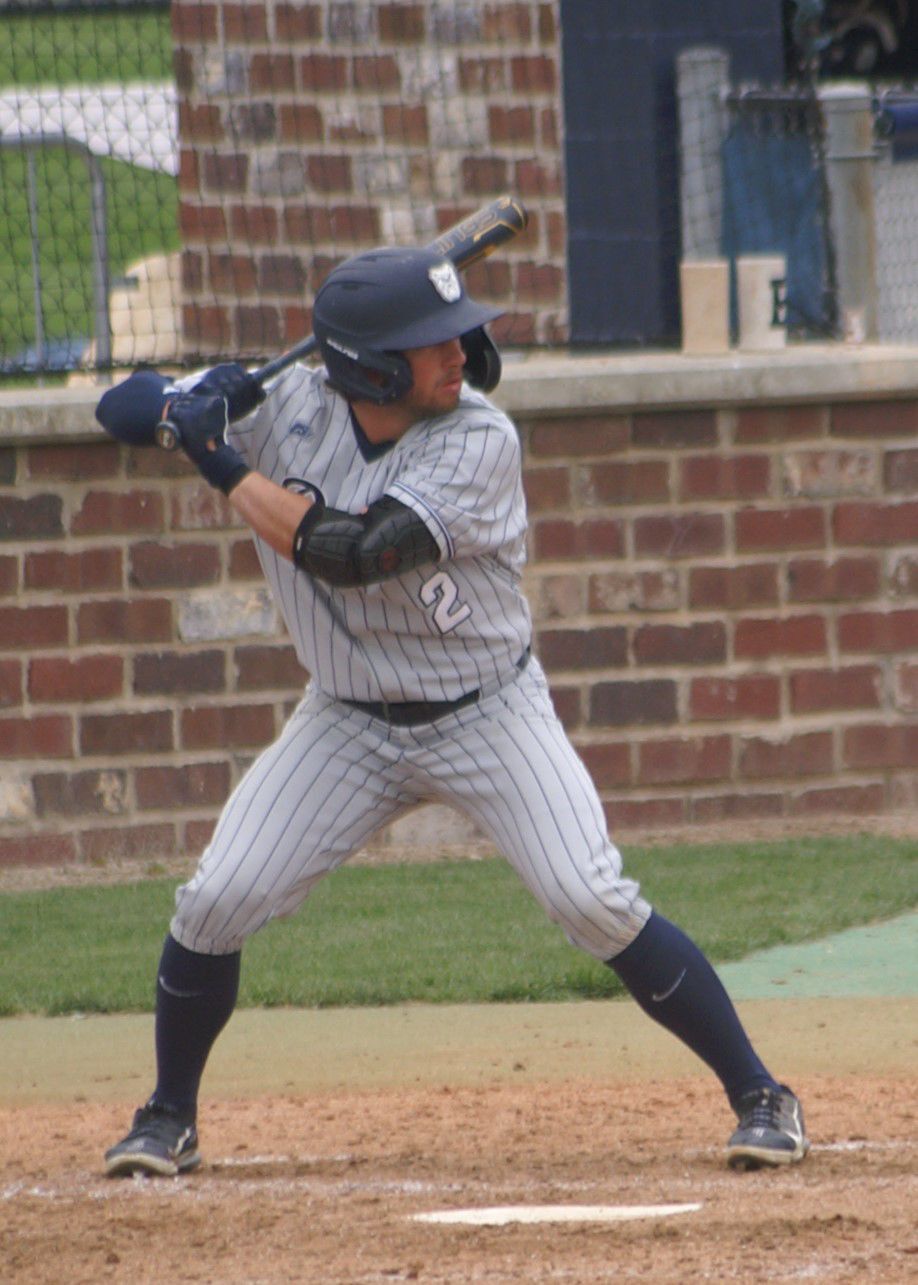 Brody McGrath stands in the box during a game with Butler University. McGrath is a 2015 graduate of Alexander High School. 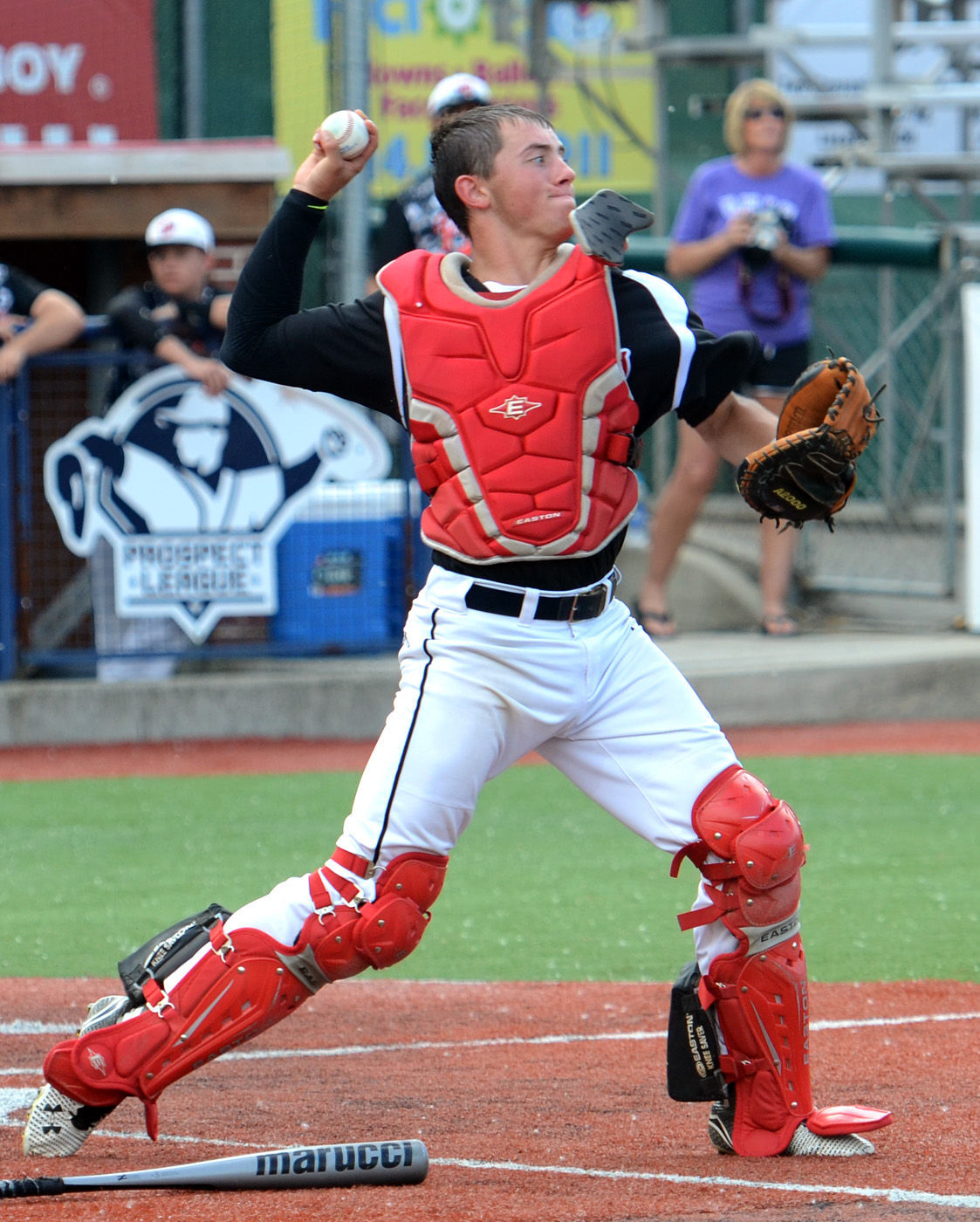 Alexander catcher Brody McGrath fires to second base during a Division III, Region 11 final against Wheelersburg on May 29, 2015. Alexander lost 5-3.

Brody McGrath stands in the box during a game with Butler University. McGrath is a 2015 graduate of Alexander High School.

Alexander catcher Brody McGrath fires to second base during a Division III, Region 11 final against Wheelersburg on May 29, 2015. Alexander lost 5-3.

“He made me take ownership of my style of play, how I played my career,” McGrath said. “It really allowed me to build it instead of trying to mold me into something and kicking me through the program. I think he was good with that with most guys.”

It was that fighting spirit that helped McGrath eventually find a home after leaving Athens County.

McGrath, a 2015 Alexander High School graduate, was a sixth-year senior last spring, taking advantage of the extra year of eligibility due to the cancelation of the 2020 season.

McGrath found himself on the baseball diamond at Butler, but his collegiate career took many twists and turns before landing in Indianapolis.

“I just wanted to play ball,” McGrath said. “I wanted to prove myself that I could play at the next level.”

McGrath was a standout athlete with the Spartans, not only in baseball but he also set passing records as Alexander’s quarterback during the 2013 and 2014 seasons.

Playing catcher and shortstop, McGrath was a key piece to Alexander’s 2015 baseball team that advanced to the regional championship game under the leadership of Grigsby.

“To watch him grow up and coach him for four years and be around him, it’s amazing what type of young man he is,” Grigsby said in 2015. “As a ball player, he’s probably one of the hardest workers I’ve ever had. I’ve had maybe two other kids who worked as hard as Brody McGrath in baseball.”

Grigsby passed away the following winter after a long battle with cancer.

“I’m making the decisions, but you’re the one playing,” was how McGrath described Grigsby’s coaching style. “So without you, it doesn’t matter. We’re not going to win if I don’t instill that confidence in you. That’s one thing that coach Grigsby was very good at.”

Armed with that knowledge, McGrath embarked on a baseball odyssey, one that began at the University of Illinois-Springfield, a Division II school.

“I had a lot of fun there, but I don’t think it was the right fit,” McGrath said. “I learned that after a full year.”

McGrath transferred to Ohio University, with hopes of walking on to the Bobcats’ baseball program.

However, McGrath suffered two injuries that ultimately ended his chances of playing at Ohio before they ever really began.

The first injury was a broken finger that knocked him out of summer ball in 2016.

The second injury was more serious, a torn UCL that fall that would require Tommy John surgery.

“That shook some things up there to where (playing at Ohio) didn’t end up panning out,” McGrath said. “So I battled with injury. It was a year where you either decide if you want to continue playing anymore or you want to just go to school.”

McGrath decided to try and keep his baseball career alive, and he did so at the junior college level.

McGrath played a season at Cuyahoga Community College (Tri-C), trying to gain the attention of a Division I coach.

“You definitely go through some mental battles,” McGrath said. “Looking back, I took it more as a positive. You learn yourself. I thought I had a pretty good grasp on myself, but man I learned things just from within because you have to really bear down and look yourself in the mirror and go, ‘what do I want to do in the future?’”

McGrath had conversations with coaches at different schools while playing at Tri-C, one of which was Butler.

Misfortunate out of his control struck again, however.

want to see our

players play before recruiting them.’”

McGrath kept plugging away, batting .375 at Tri-C where he gained interest from Central Michigan and Tennessee Tech.

When those opportunities fell through, it was Butler that came back into the fold.

The Bulldogs had a third baseman get drafted, and they had an opening along the infield.

Head coach Dave Schrage contacted McGrath, who by chance was going through Indianapolis later that day.

“I wrote back, ‘yeah I’ll be through there in about four hours if you want me to stop on my way home,’” McGrath said. “It was actually a crazy way how that happened.”

Butler offered McGrath a chance to play. He finally was healthy and found a home.

“It was stressful, but it was fun,” he said.

McGrath immediately made an impact during his first season at Butler in 2019. He started 50 of 51 games at third base. He reached base safely in 26 straight games at one point, finishing the season with 11 doubles and 28 RBIs.

“The coaches wanted me there,” McGrath said. “You always want to go where you’re wanted.”

McGrath was off to a hot start in 2020 as a senior, batting .280 through his first 14 games before COVID-19 brought an abrupt halt to the season.

“We were down in Florida at the time, we had just played our last game and were flying up and in a matter of a few hours of our flights, every conference is canceling (the season),” McGrath said. “We’re one of the last ones to cancel. We were like, ‘what the heck is going on?’ We just got off the plane.”

It was more adversity for McGrath’s playing career. It wasn’t immediately known if he’d be able to return.

Once the NCAA granted an extra year of eligibility for 2020 spring sport athletes, it then became a decision of whether or not McGrath wanted to continue his career for one more season.

“We had exit meetings,” McGrath said. “They asked a few of us seniors back to finish out our last year if we wanted to and I was thankfully one of those guys.”

McGrath was able to find a summer league to play at Grant Park in Westfield, Ind. It helped solidify his decision to continue for a sixth year.

“It panned out really well because it gave us a month, month and a half of games, and where it was the only league really around, we were pretty competitive,” he said. “We had Butler guys, Indiana guys, Louisville guys, anyone nearby was coming to play. That drove me a little more that, yeah I for sure wanted to play.”

McGrath made the most of his final year at Butler, starting all 36 games at second base. He batted .246 and slugged .356, fielding at .953 percent on defense. He finished fourth in the Big East in assists.

“Last year, it was fun,” McGrath said. “Being a sixth year at that point, it was just good to get to know some of the younger guys too that are going to lead the program. It was good to have another year with some of the guys that I didn’t really expect to get, just build more friendship and relationship through that.”

“From the standpoint of the game, I know our record doesn’t show it, we were a pretty talented team,” McGrath said. “I know my first year there we had a first-round draft pick and a 13th-round draft pick. We had some dudes on that team, but I think this year we actually had a more talented team. We just couldn’t piece that together, which sometimes that’s how it can go.”

“Essentially I’m looking to still be able to help athletes,” he said.

From Albany to Indianapolis, McGrath’s baseball career wasn’t always smooth, but he’s happy with the journey and where it took him.

“It was definitely something you have to battle through, but overall, in the end it’s some good stuff and it was worth it,” McGrath said.