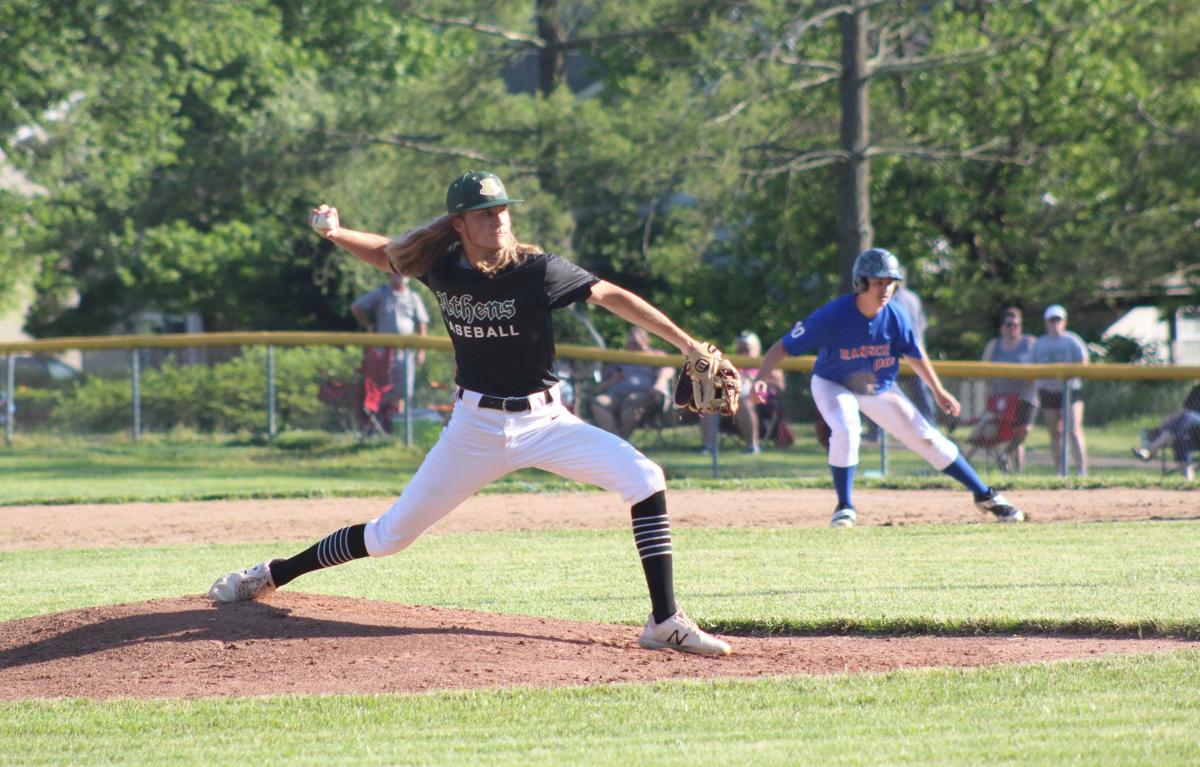 Athens' Reece Wallace delivers a pitch during Thursday's game at Rannow Field. Wallace worked three innings, as Athens improved to 2-0 with a 3-2 win over Meigs Post 39. 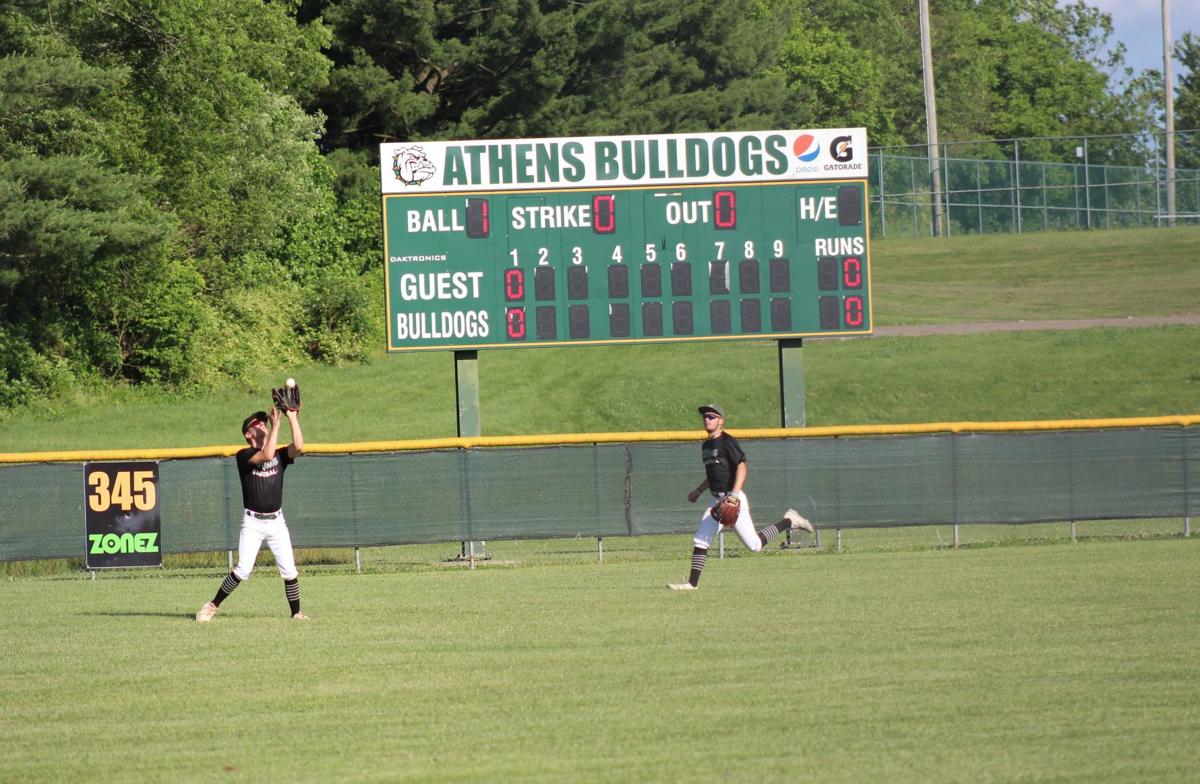 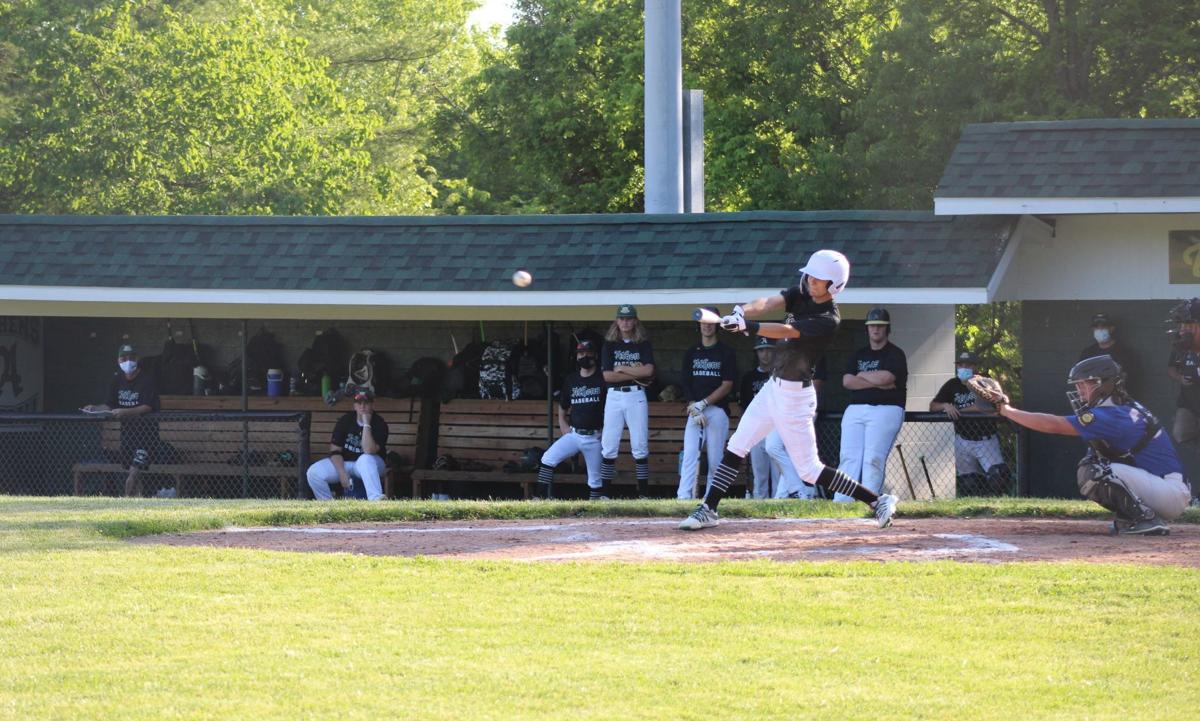 Athens' Andrew Stephens collects a single during a 3-2 win over Meigs on Thursday.

Athens' Reece Wallace delivers a pitch during Thursday's game at Rannow Field. Wallace worked three innings, as Athens improved to 2-0 with a 3-2 win over Meigs Post 39.

Athens' Andrew Stephens collects a single during a 3-2 win over Meigs on Thursday.

Two games into Athens' summer season and it's clear that pitching will be a strength.

Despite limitations in terms of bullpen sessions and seeing live hitting, Athens' pitchers have excelled through two victories.

Athens improved to 2-0 with a 3-2 win over Meigs Post 39 on Thursday at Rannow Field.

Athens won a pair of games over Meigs during the week, as five pitchers combined to give up just five runs on 11 hits in 14 innings.

Wallace said Athens' pitchers were able to keep in shape during the long spring layoff.

"I think our guys just really stayed ready, and we worked together, and just did work on our own," Wallace said. "Helped really give us a head start. I think we expect our pitching to be ahead of the game, more than our pitching anyway."

Wallace, Cam Niese and Nate Trainer combined to handcuff Meigs in the latest win. Meigs scored single runs in the second and seventh innings, but had a difficult time mounting consistent threats.

"That's working about 11 an inning, which is terrific, no matter what time of the year it is," Lonas said. "It way exceeded our expectations of where we thought we would be at. They're pounding the zone. We're just making the plays when the opportunities are there."

Jack Cornwell, Preston Hayes and Niese combined for the pitching win in Tuesday's season opener. Players like Rece Lonas and Will Ginder have yet to see the mound.

Coach Lonas hopes the staff can go 10-deep before the summer concludes.

"The five-game tournaments, those Friday, Saturday and Sundays, that's where it will tax us," he said. "Where we'll really have to be careful and keep a close eye on who pitches which day."

No Athens pitcher has worked more than three innings, as the players continue to work into game shape. Wallace said it won't be long before some of the pitchers are able to add more innings to their workload.

Wallace gave up a run on four hits and two strikeouts through three innings. Niese pitched two perfect innings in relief, striking out three batters. Trainer worked the final two innings — needing only four pitches to retire the side in the sixth — striking out one and giving up one run on one hit.

Athens was also perfect in the field, complementing the pitching with an error-free game.

"I think we just trust our guys so well that even if we don't pitch that well, they'll make the plays and make it seem like we're doing our job better than we are," Wallace said. "That just helps pitcher's mindset going into every inning."

The lineup backed up the pitching with just enough timely hitting. Athens hit two home runs and piled up 11 runs on Tuesday, but did all of its damage in the third inning on Thursday.

Meigs starter Gabe Shuler got into trouble to start the third. Andrew Stephens started the inning with a single, Peyton Gail reached on a fielder's choice and Cornwell drew a walk to load the bases.

Trainer hit a ball to center field that just dropped in. However, Meigs' Wes Smith was able to recover and throw Gail out at third. It went down as a 8-5 fielder's choice and RBI for Trainer, tying the game at 1-1.

Rece Lonas followed with an RBI single to center to give Athens the lead. It went to 3-1 when Carson Baker dropped in a run-scoring single to left. It was Baker's sixth RBI in two games.

"Just timely, opportune hitting when the chances were there," Kyle Lonas said. "We put them in play."

Athens wouldn't score again, but the damage was done and the pitching brought home the victory.

Meigs led 1-0 after the second thanks to Pierce's RBI hit.

Trailing 3-1, Meigs scored its final run in the top of the seventh. Cole Arnott led the inning off with an infield single, eventually scoring on a passed ball.

Trainer was able to record the final out on a strike out, allowing Athens to move to 2-0.

Thursday also marked Athens' first home game of the summer. Athens players wore masks in the dugout and players tried to keep six feet of separation. The teams didn't go through any form of handshake line after the game as COVID-19 regulations were in place.

Athens travels to Lancaster Fisher Catholic high school on Saturday for a doubleheader, starting at 1 p.m.

Athens enjoyed a winning start in its return to the field. Post 39 — a team made up of players from all over Meigs County — fell to 1-3. Meigs won the state legion baseball tournament last summer.

"That's a pretty good team," Wallace said. "They have a couple good kids from Southern, Eastern, all around where obviously we're just our high school. But they were definitely a good warmup for us these first two games. Glad to get two wins under our belt."