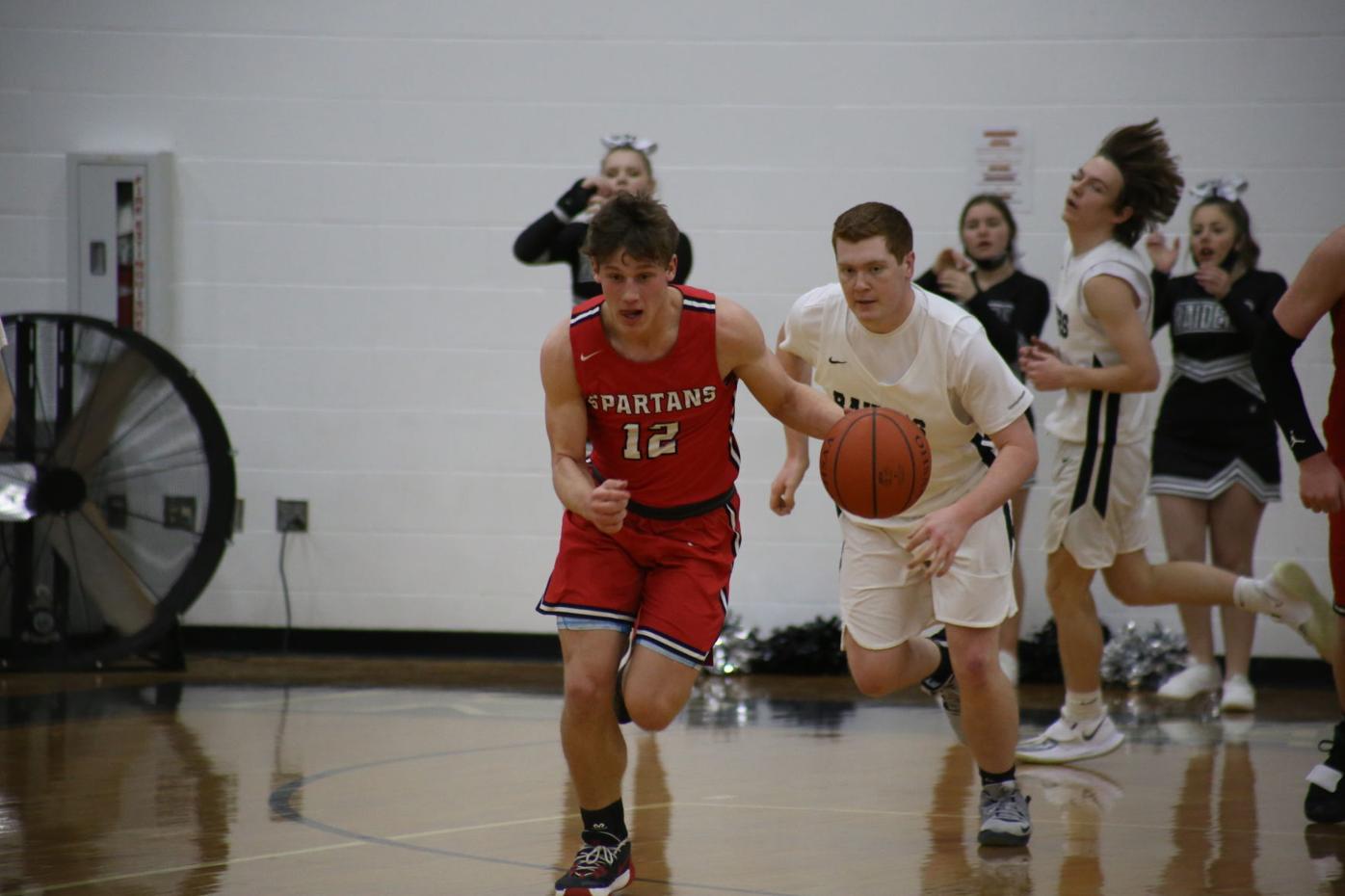 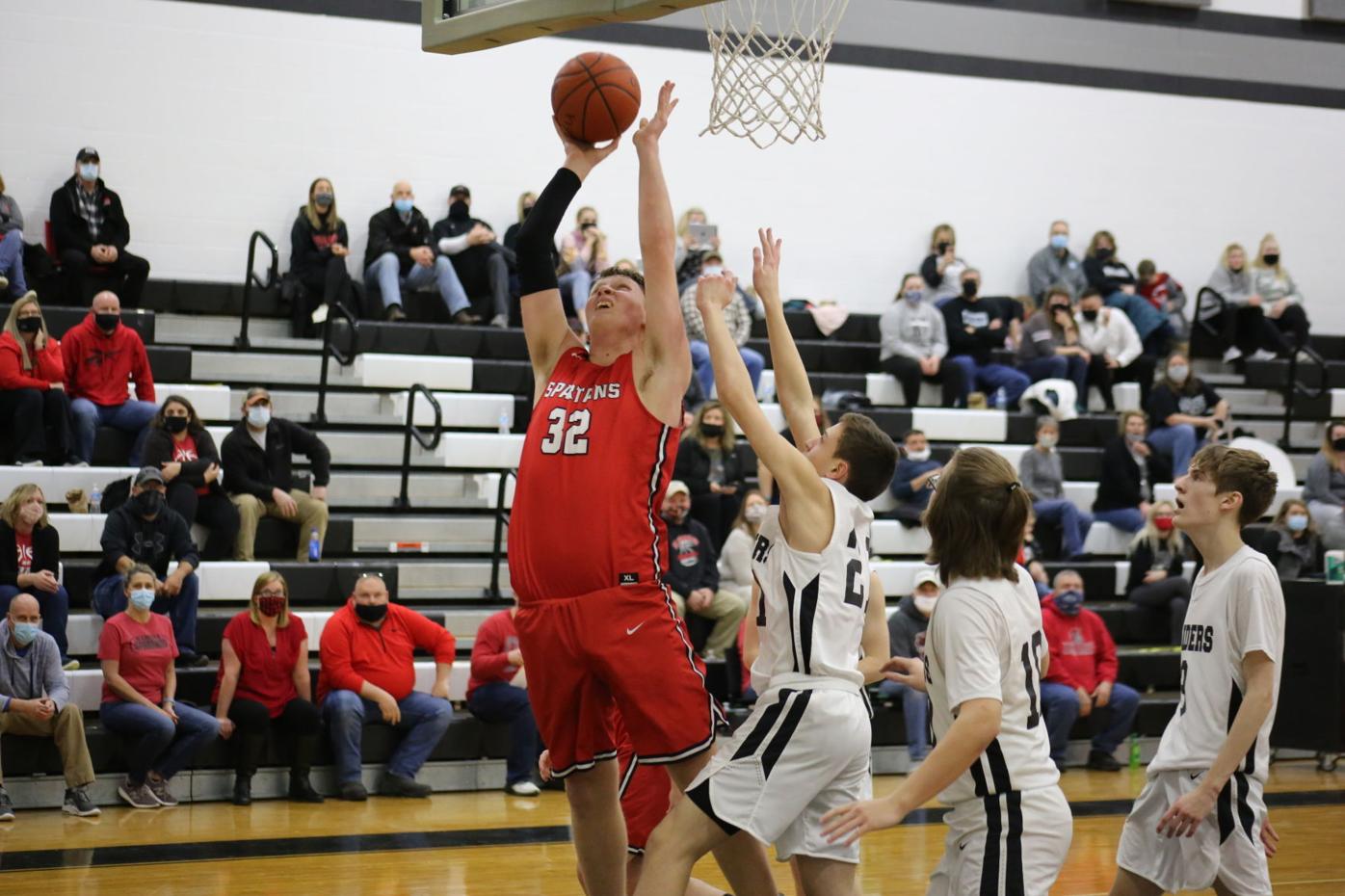 Alexander’s Zach Barnhouse (32) goes up at the basket during a game at River Valley High School on Monday. Barnhouse scored 13 points, helping Alexander advance to the Division III sectional finals.

Alexander’s Zach Barnhouse (32) goes up at the basket during a game at River Valley High School on Monday. Barnhouse scored 13 points, helping Alexander advance to the Division III sectional finals.

BIDWELL — The Alexander Spartans earned two wins over the River Valley Raiders during the regular season.

The third victory against their league rivals resulted in a tournament win.

Alexander took the lead just 11 seconds into the game and never trailed, going ahead by as many as 23 points (54-31) in the fourth.

The Spartans improve to 9-10 overall, and move on to the sectional finals.

Alexander will travel to No. 3 Eastern Brown on Friday at 7 p.m. for a spot in the district tournament.

River Valley bows out of tournament play at 8-8 overall, and will now focus on making up three Tri-Valley Conference Ohio Division games.

D’Augustino scored 11 points in the first half, adding eight more in the third quarter and four in the fourth.

D’Augustino added eight rebounds, three assists and two steals. The sophomore averaged 24.3 points per game in the three victories against the Raiders.

The Raiders were forced to play without senior center Jordan Lambert, who injured his ankle during a game on Feb. 13 against Alexander.

His younger brother, Jance Lambert, tried to keep the Raiders in the game. The sophomore scored 23 points, connecting seven 3-pointers. He scored eight points in the opening quarter.

The game was close early on, with Alexander leading 17-15 after one quarter. The Spartans held the Raiders to three points in the second quarter, leading 29-18 going into halftime. Alexander’s lead stood at 46-28 going to the fourth quarter.