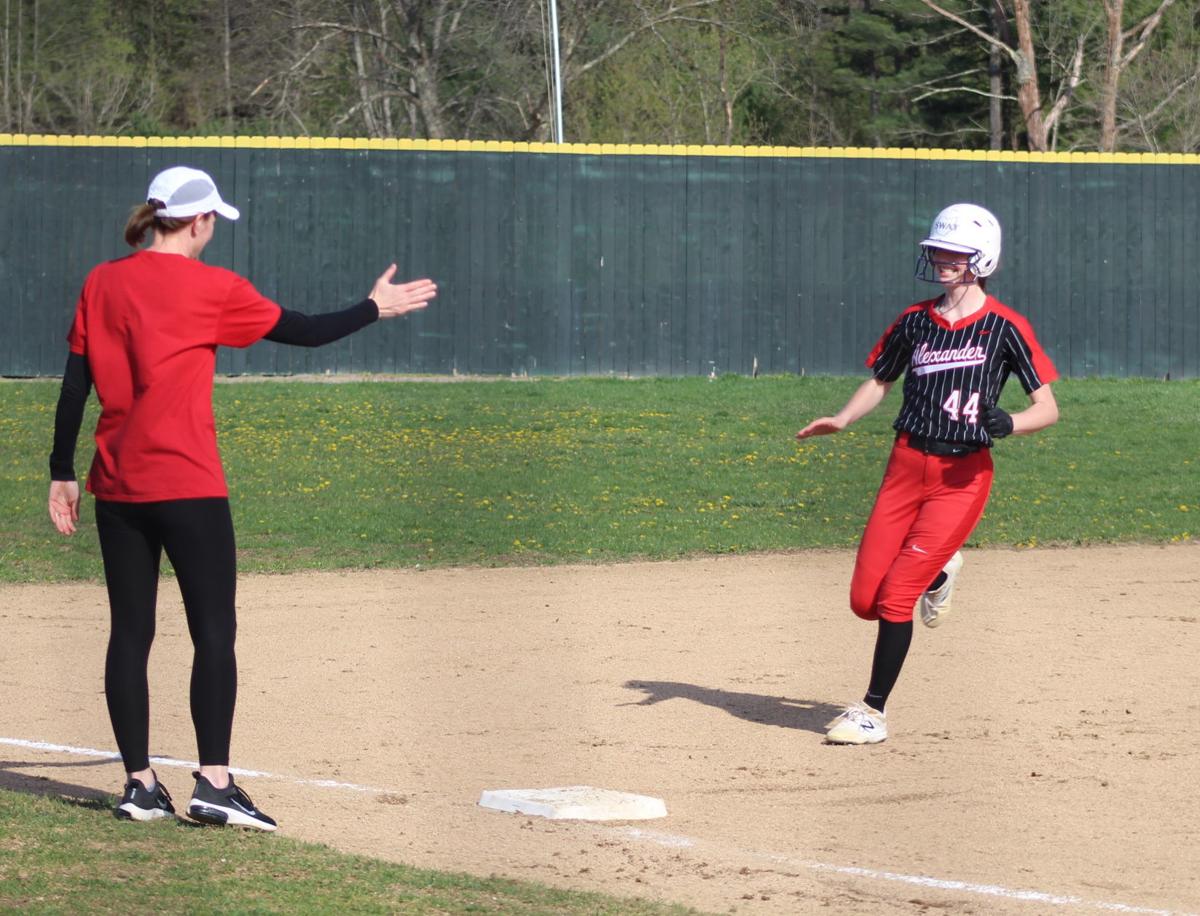 Alexander’s Erin Scurlock (44) is all smiles after hitting a first-inning home run at Athens last season. She rounds third and is greeted by her coach and mother, Marilyn Scurlock. 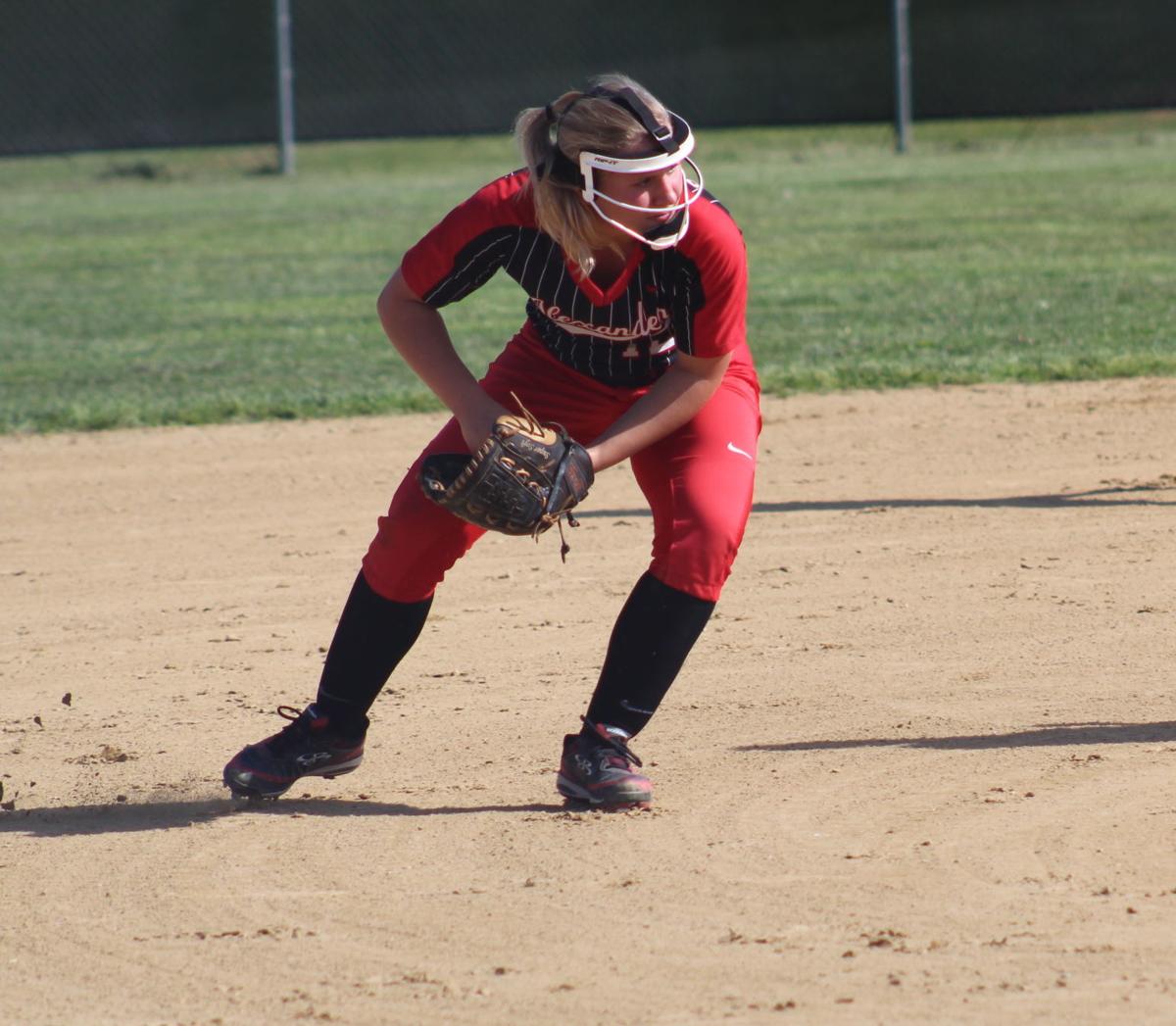 Alexander’s Erin Scurlock (44) is all smiles after hitting a first-inning home run at Athens last season. She rounds third and is greeted by her coach and mother, Marilyn Scurlock.

Marilyn Scurlock said she goes through a constant reminder of what could have been.

Scurlock and the Spartans surely had some big days on the schedule this spring, as they seemed poised to make an attempt to reclaim the Tri-Valley Conference Ohio Division title and make another run in the Division III district tournament.

The Spartans were set to return the majority of their starting softball lineup, led by an experienced junior class.

“It would have been kind of a toss up, but I think we had a really strong chance of winning the league this year,” Scurlock said. “But we will never know.”

The 2020 spring sports season was canceled by the Ohio High School Athletic Association due to the COVID-19 pandemic. The Spartans were on spring break when the season was initially postponed.

Alexander already had a couple weeks of practice in. Then, one day in March they had been together for the last time without even knowing it.

“Basically, we were are practice, everything is fine and dandy, and then no practice,” Scurlock said. “I never actually talked to them in person except for of course my own kid. It was very odd, just to keep updating them on what the OHSAA was letting us know.”

Of course, the news never got better, the season delayed, then eventually wiped out.

The Spartans were certainly going to be one of the most intriguing softball stories in the county. TVC-Ohio champs in 2018 with a lot of freshmen leading the way, the Wellston Golden Rockets were able to wrestle the top spot away last season.

Alexander’s big question mark was replacing graduated pitcher Gracie Hill. Junior Brooke Casto was going to step into that role, and had been working on her pitching game all offseason.

Scurlock said the early indications in March were that Casto was ready for the challenge.

“She does play travel, so she has pitched some there and she’s also taken some lessons this year,” Scurlock said. “She didn’t play basketball. I was interested to see how she would have fared. I think pretty well, honestly. We were waiting for her to develop a changeup and where we did practice those two and a half, weeks, it was looking pretty good from my perspective. You never know until you put her in a live situation.”

The Spartans weren’t going to have a lot of question marks elsewhere. Junior catcher Erin Scurlock, the coach’s daughter, was back for a third year behind the plate.

Marilyn Scurlock has not only dealt with the disappointment from a coach’s standpoint, but as a mom as well.

“It’s hard,” she said. “Of course I’m a coach but honestly if I didn’t coach, it’s my favorite (season). It’s devastating to me thinking, having played myself, I can’t imagine going a whole high school season without playing.”

Junior Jadyn Mace — the TVC-Ohio Offensive MVP as a freshman in 2018, was also back for a third year starting at first base.

Madisyn Molleski and Audrey Ross were also juniors who returned with starting experience. Scurlock said there were a few underclassmen who were ready to challenge for the remaining spots as well.

“We had a freshman and a couple sophomores filling out the varsity roster,” she said. “They’re young. It would have been nice to get them the year of experience.”

The big loss for the Spartans will be for third baseman Halie Miller, the team’s lone senior returning starter.

The sliver lining for Miller is that she has already committed to play at Ohio University-Chillicothe, so her immediate playing future is secure.

Miller has been an all-league selection in the past and was a varsity player since her freshman season. Unfortunately, she won’t get the chance to play out her final year with the Spartans.

“Halie is going to be a big loss, having to fill her shoes,” Scurlock said. “She’s a great infielder, but she’s also a backup catcher. She can play outfield as well. She’s very versatile. Good hitter, knows the game.”

Softball usually represents one of the most competitive races in the TVC-Ohio year in and year out, as Meigs, Wellston and Alexander annually battle for the top spot. Scurlock said she expected Athens and Vinton County to be right there as well.

It’s part of her routine, looking at the calendar and seeing which league foe would have been on the schedule that coming week as the Spartans had a bevy of big games on the docket.

“I was anxious to see what Athens had,” Scurlock said. “I know they have a really good freshmen class coming in, a pitcher included in that mix. I was anxious to see how they would improve. Vinton County was already coming on, Jeremy (Ward) is a good coach.

“I still think it might have come down to us and Wellston and Meigs, it just depended on how the freshmen at Athens performed this year.”

While no team will be able to replace the experience lost for the season, the bright spot for the Spartans is they will still have a strong group of seniors returning next year.

Perhaps 2021 will be the Spartans’ year. It’s how Scurlock is trying to approach the difficult situation every coach and athlete finds themselves in this spring.

“Next year is going to be the year for us,” Scurlock said. “We’ll see. I am disappointed, but the silver lining is that out of the six we had coming back, five will still be coming back.”