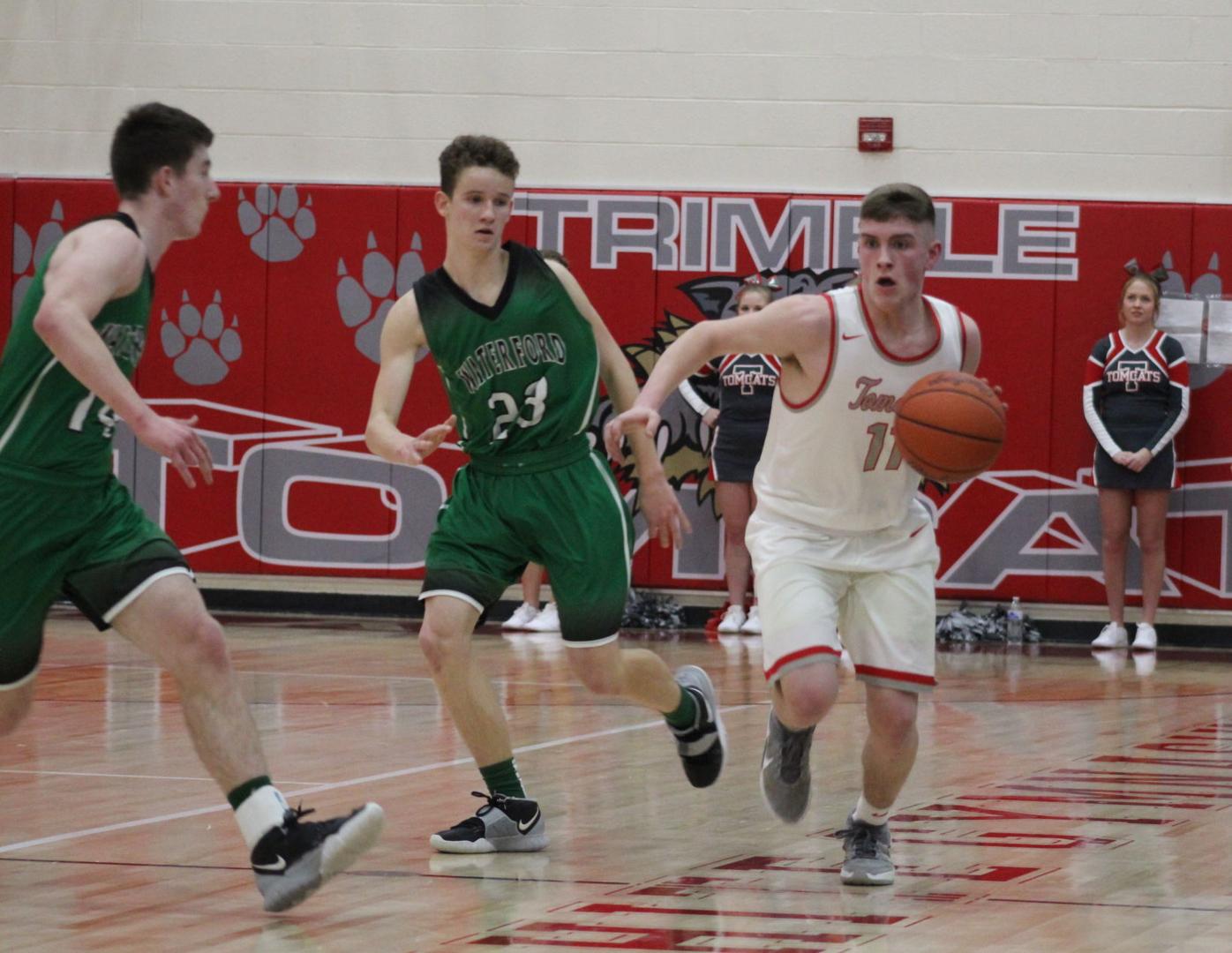 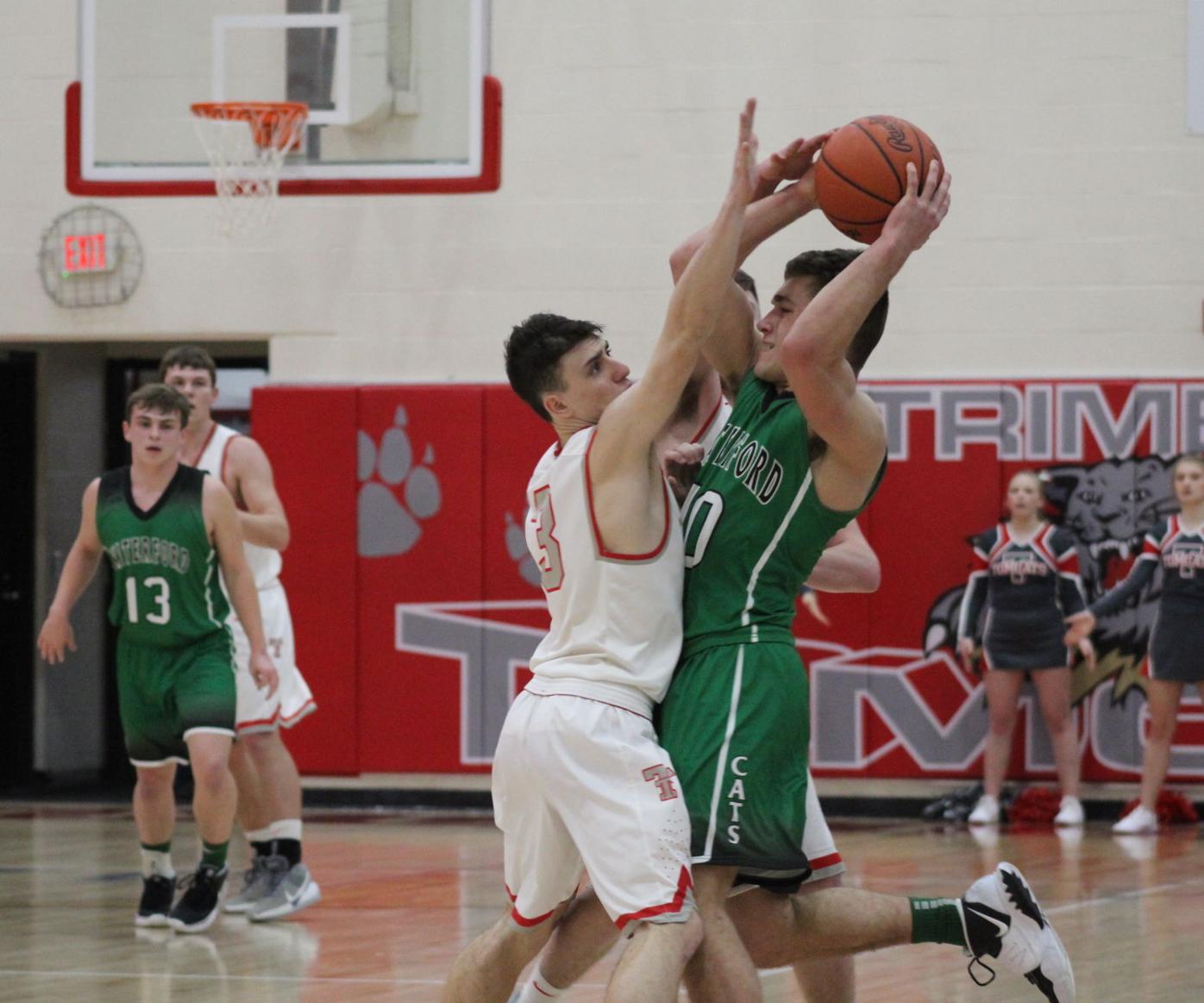 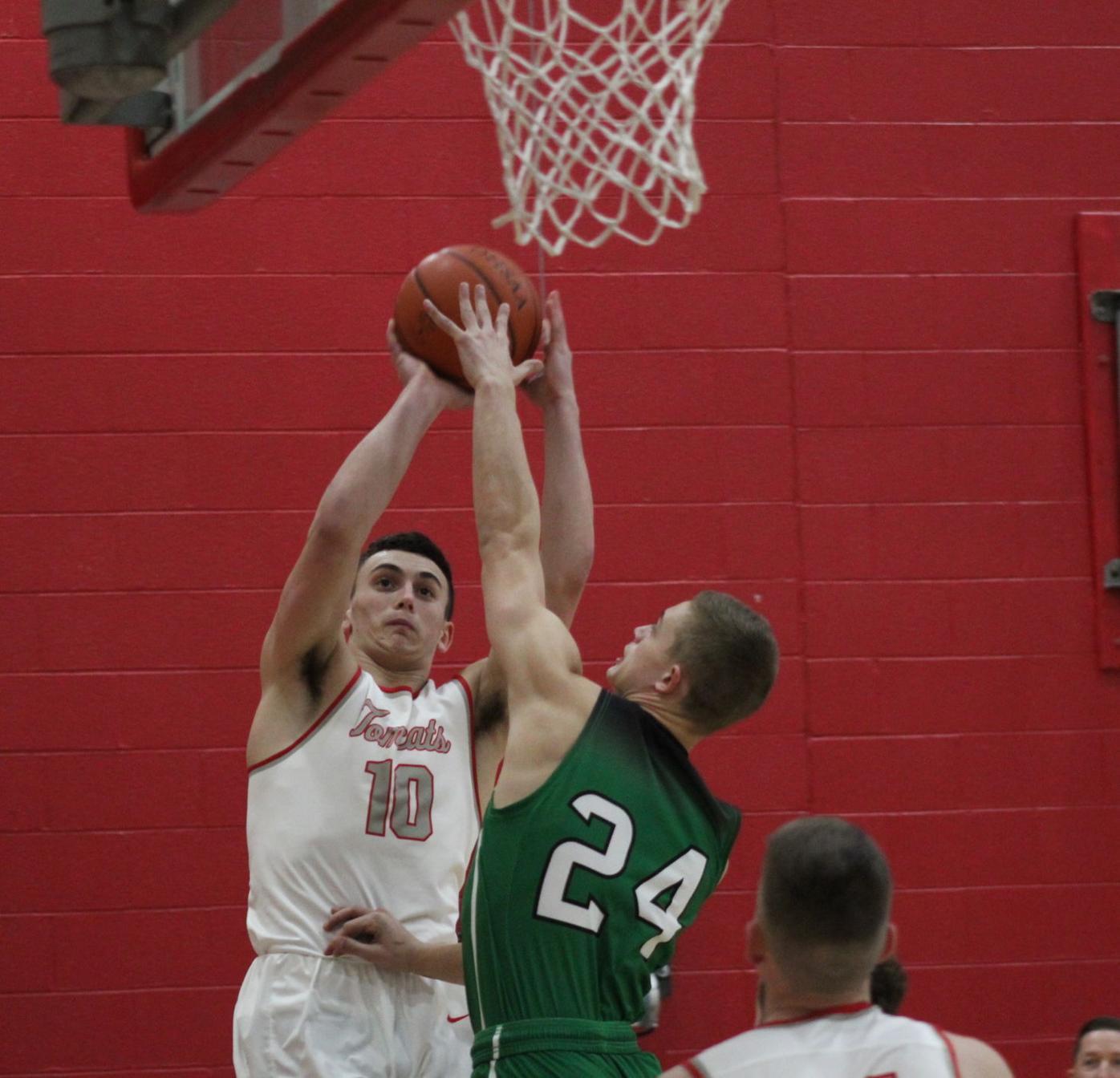 GLOUSTER — Trimble coach Howie Caldwell said it only took two practices after quarantine for the Tomcats to start looking like their old selves again.

“After two days of practice, they were back,” he said. “You could just see them back. It was fun to watch, it really was.”

Trimble put together a masterpiece of a basketball game, soundly defeating Waterford 85-55 on Thursday inside William White Gymnasium.

It was only the Tomcats’ third game since Jan. 23, but they looked sharp as ever against the Wildcats.

Trimble (13-3, 9-0 Tri-Valley Conference Hocking Division) returned after a team quarantine on Feb. 6, a loss at Alexander in which it had no practice days. Since then, the Tomcats have only played once — a 61-46 win last Saturday at South Gallia — giving them plenty of time to sharpen their skills in practice.

The result was a first half that saw Trimble pile up 52 points on 61.1 percent shooting.

“There’s still a few things that we have to work on. I hate to say I’m pleased, but I was,” Caldwell said, with a laugh.

Much of Trimble’s offensive success was a direct result of its pressure defense. The Tomcats picked the Wildcats up with full-court pressure whenever possible, then getting out and running in transition.

“I thought our defense and transition game tonight was extremely good,” Caldwell said. “When you have 35 baskets for a game and our stats had us for 22 assists. That’s very, very good. The kids are having fun. They enjoy the transition game. They enjoy pressing.”

The Wildcats finished with 28 turnovers, 19 coming in the first half. The Tomcats had 16 steals, many leading to run-out baskets.

Caldwell said it doesn’t matter who gets the steal or the rebound, any one of the Tomcats can assume point guard duties when on the fast-break.

“We pretty much just pass to the open guy and fill in the lane,” Trimble junior Tyler Weber said.

Blake Guffey was usually the one filling a lane to the basket. He scored 28 points — all coming in the first three quarters — on 12 of 20 shooting. The junior added seven rebounds, five assists and four steals.

“We have so many blue-collar workers on this club,” Caldwell said. “Tyler Weber does some things, he made a pass in the third or fourth quarter that was just a phenomenal pass.”

“Freeborn has worked so dag-gone hard in practice and I’m glad to see him getting the success that he has,” Caldwell said. “Tucker, for a boy his size, man can he jump. He can get in the air. Bryce Downs has just been a fixture for us.”

All those pieces came together in the first half. Trimble’s first big run was a 16-2 surge, Guffey’s steal and drive giving the ‘Cats a 22-8 lead.

Trimble led 30-10 after Guffey’s rebound and coast-to-coast lay-in early in the second quarter.

The Wildcats cut the deficit to 13 points, but the Tomcats responded with their best stretch of basketball on the night.

Trimble pressed and ran its way to a 20-1 run, leading 52-20 after Dixon’s assist to Freeborn completed another fast break with 1:30 left in the first half.

“The kids enjoy playing this way,” Caldwell said. “Now, can we do it against everybody? Probably not, but certain clubs we’re going to be able to do it to. Hopefully that’s the way we’re going to do it the rest of the year.”

The Tomcats’ largest lead came at 38 points, going ahead 83-45 when Weber assisted on yet another transition basket to Freeborn with 4:20 remaining.

The Tomcats swept the season series with the Wildcats, also winning 66-43 at Waterford on Dec. 22.

Trimble now buckles down for the stretch run to the regular season. After traveling to Southern on Friday, the Tomcats are at Miller on Saturday.

The Tomcats’ final regular season games are scheduled for at Belpre on Tuesday, and at Federal Hocking on Wednesday.

Trimble controls its own destiny for an outright TVC-Hocking crown, with the game at Federal Hocking figuring to be for the top spot.

Weber said the Tomcats are focused on regaining the TVC-Hocking crown, but they won’t look ahead.

“We’re fighting for what we didn’t get last year,” he said. “We can’t look ahead. We have to play that one game at a time.”