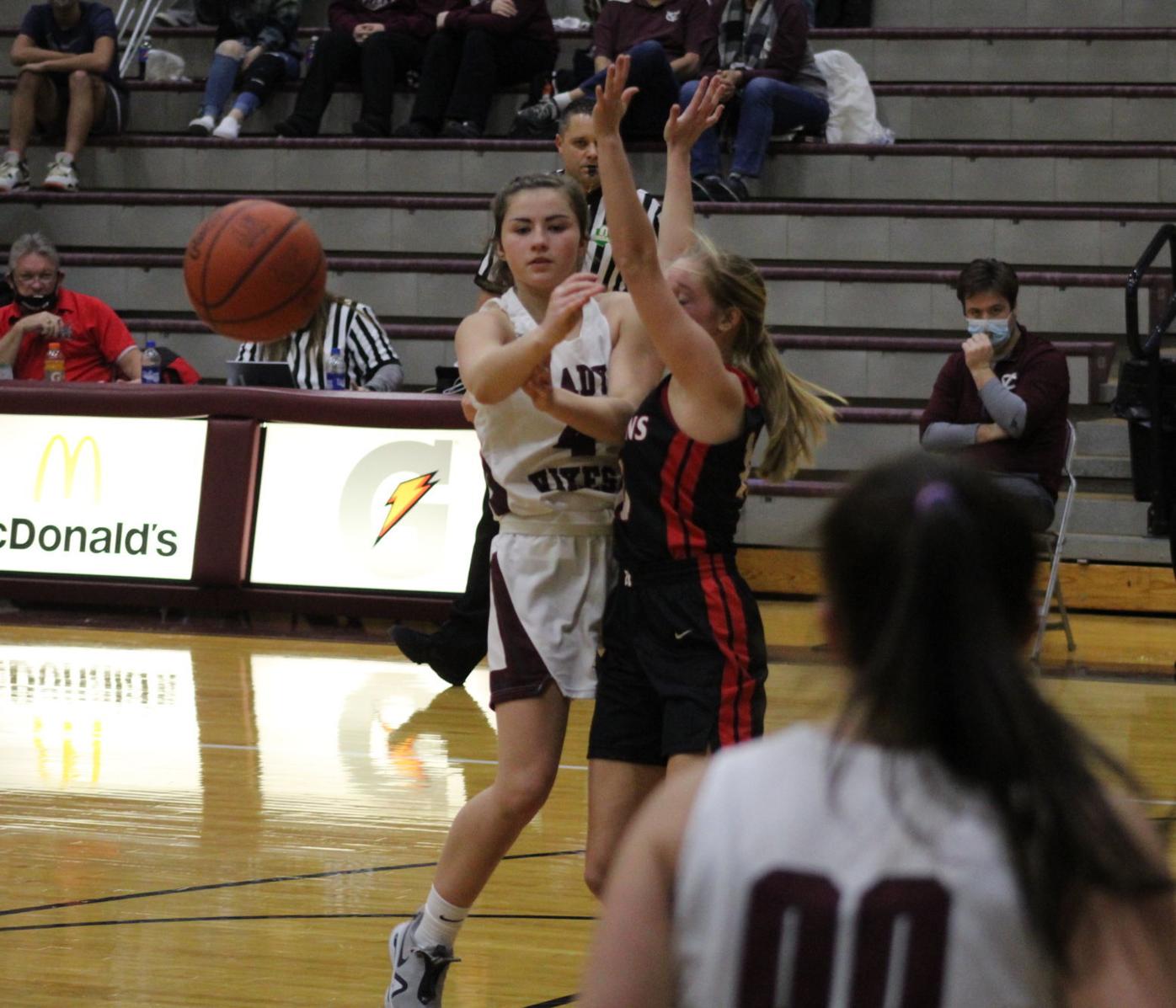 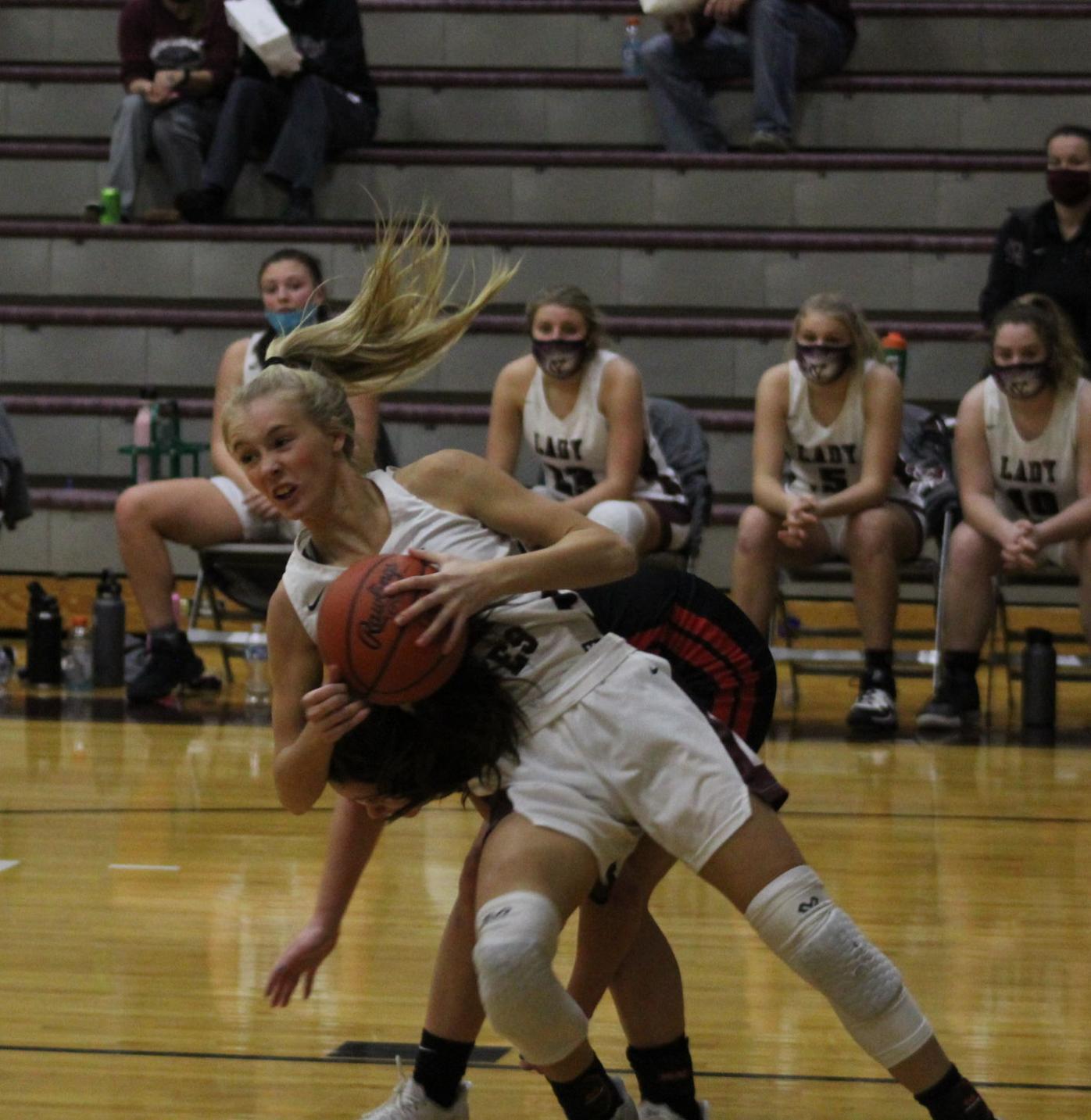 McARTHUR — The Alexander Spartans had just lost a battle for the top spot in the Tri-Valley Conference Ohio Division, but head coach Jeff Grintsead kept things in perspective.

“It’s all fixable stuff,” he said about the Spartans’ mistakes. “Our goals are still there. That’s the main thing.”

Alexander suffered its first loss of the season, losing at Vinton County High School 58-41 on Monday.

The battle of unbeaten teams went to the Vikings, the three-time defending TVC-Ohio champions.

The Spartans never led in the showdown, facing first-quarter deficits of 6-0 and 20-7.

It proved to be a deficit too large to erase against the talented Vikings, as the Spartans never cut the lead to single digits after the opening quarter.

“They’re a really good team,” Grinstead said. “If you’re not playing your best game, you’re going to have a hard time beating them. We didn’t.”

While the Vikings continued their perfect start, as well as winning the rivalry game with the Spartans for the seventh straight time, head coach Rod Bentley was left wanting more.

The veteran coach didn’t feel like the Vikings played up to their potential despite the 17-point victory.

The Vikings still put three in double figures, as well as getting scoring from seven different players.

Morgan Bentley led the way with 18 points, making 6 of her 8 2-point field goal attempts, to go with 12 rebounds, three steals and three assists. She had nine points in the opening quarter as the Vikings established their lead.

Myriah Davis was a thorn in the Spartans’ side all night. The point guard had 14 points and swiped six steals to spearhead Vinton County’s defensive effort.

One of the Vikings’ standouts, junior Cameron Zinn, battled first-half foul trouble and played limited minutes. As a result, she was held to four points and six rebounds, but it didn’t slow the Vikings down.

The only Viking not to score was Chloe Hayborn, but she provided key defense on Alexander standout Marlee Grinstead when Zinn was in foul trouble.

“Everything revolved around Grinstead on this whole team and Chloe was able to use her athleticism to put some pressure on Grinstead, especially with Cam Zinn, our best defender, in foul trouble,” Rod Bentley said.

Alexander was always playing a game of catch-up against the Vikings. The Spartans trailed 26-10 with 6:07 left in the second quarter after Bartoe splashed a 3-pointer.

Alexander did score the next six points, but Lacie Williams’ 3-pointer pushed the Vikings’ lead back to 29-16.

Vinton County went into halftime ahead 36-22 after Davis had a steal and layup in the final 20 seconds.

The Spartans tried to fight back, but never got closer than 13 points in the second half. Vinton County led 52-28 after Davis’ 3-pointer late in the third quarter.

The Vikings mostly ran clock in the final quarter, slowing the game down and keeping their unbeaten start intact.

“Early, we couldn’t make shots,” Jeff Grinstead said. “We turned the ball over, I don’t know how many times, but we tried to throw over people. Tried to throw through people. Just stuff we can fix.”

The Spartans finished with 24 turnovers, compared to 12 for the Vikings.

Vinton County, which has won 41 of its last 42 TVC-Ohio games, will travel to Albany for a rematch with the Spartans on Feb. 4.

“I’m not taking nothing from those girls out there on the court for Vinton because they’re good,” Jeff Grinstead said. “They spend a lot of time playing basketball in the summer and fall. They work hard at it.”

The Spartans will have plenty of time to regroup before that meeting. Monday’s game finished a stretch of four games in eight days against tough competition.

Alexander didn’t get the win against the Vikings, but still are in good position through the first eight games of the season. The Spartans’ Thursday game at Wellston will be their only contest until hosting River Valley on Jan. 13, so plenty of time on the practice court awaits.

“I feel really good about this because they could have quit,” Jeff Grinstead said. “They’re not going to quit. They didn’t quit. I felt like we played hard. We just didn’t get some things to go our way in the second half.”