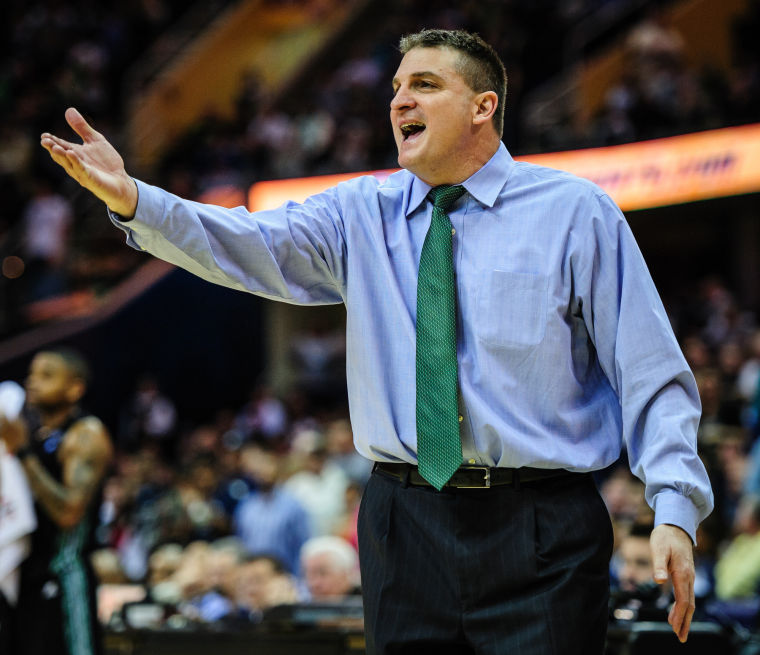 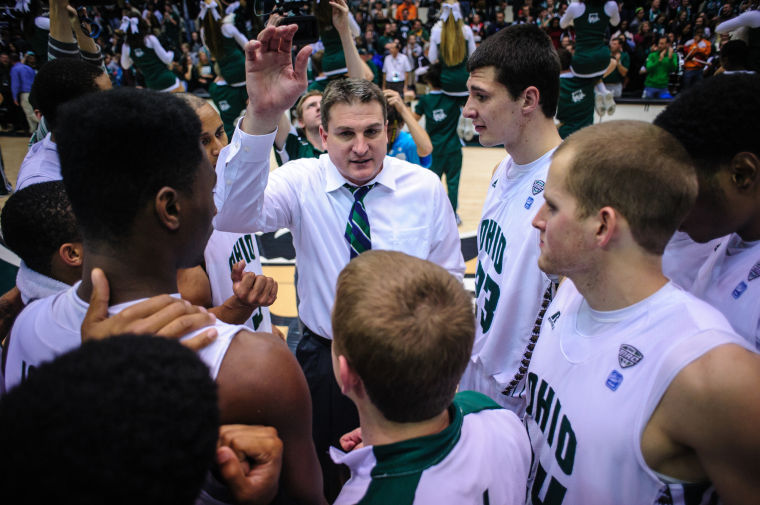 Jim Christian accepted an offer from Boston College Thursday to become its next men's basketball coach. Christian coached Ohio the past two seasons, leading the Bobcats to the postseason each year. 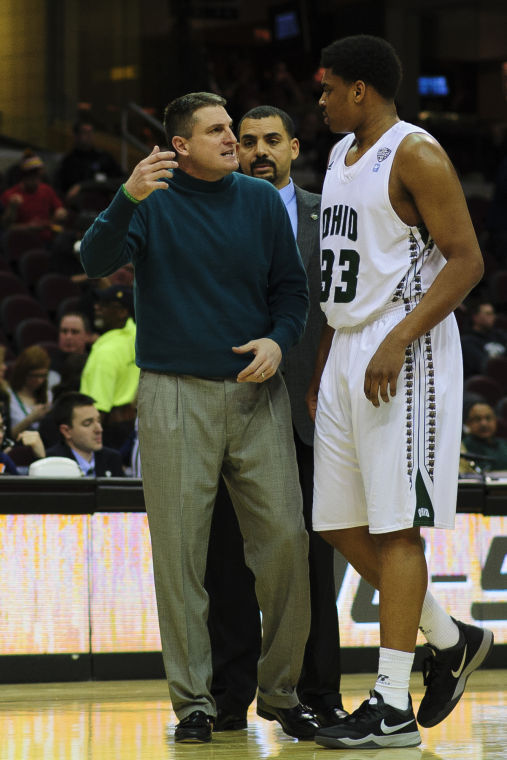 Jim Christian accepted an offer from Boston College Thursday to become its next men's basketball coach. Christian coached Ohio the past two seasons, leading the Bobcats to the postseason each year.

Two years, to the day, after he was announced as the Ohio University men’s basketball coach, Jim Christian has left Athens.

Terms of Christian’s new contract with the Eagles were not released. One source, speaking on the condition of anonymity, said Christian would be getting a five-year contract worth more than $1 million per season with the Atlantic Coast Conference program.

Christian was announced as Ohio’s head coach on April 3, 2012. He was signed then to a five-year contract that guaranteed him at least $425,000 a year. In that contract was a descending buyout clause; Christian will owe Ohio $500,000 according to that clause by leaving to accept another Division I head coaching position.

Ohio, under Christian, was 49-22 (.690) over the past two seasons and notched two postseason appearances. In 2013-14, the Bobcats shared the Mid-American Conference regular-season championship under Christian — the first for the program since 1993-94 — earned a spot in the MAC Tournament championship game and lost in the first round of the NIT. Ohio was 25-12 this season, despite a slew of injuries, and reached the quarterfinal round of the CollegeInsider.com Postseason Tournament.

Jim Schaus, Ohio University Director of Athletics, was not available to answer questions and did not return calls seeking comment. Schaus, who hired Christian, did release the following statement while acknowledging that a national search for a replacement had begun.

“I want to thank Jim Christian for all he did for our program during his tenure. I wish he and his family the very best in the future,” Schaus said. “Ohio University is a special place with a strong basketball tradition of success. I am extremely confident that we will attract a high level coach soon who will help us continue to build our program to the highest level of excellence.”

Two years ago, Christian said he was the coach who could do that. It was implied, then, that he could give the Bobcats’ program stability. Instead, Christian became first coach in the modern era to last fewer than three seasons in Athens. Christian’s two-year run is the shortest at Ohio since the early 1920s.

On Thursday, speaking publicly for the first time since his name was first attached to the BC opening, Christian defended his two-year run at Ohio.

“It’s always hard to leave. I wasn’t out looking,” Christian said. “I really thought my job at Ohio was going to be my last stop.

“But you never know when an opportunity is going to knock,” he added. “Something came up that was too great to pass up.”

In Christian, BC was able to land a proven winner with New England roots, Boston College AD Brad Bates said.

“And the end of the day, we want to win,” Bates said. “And (Christian) is in this for the right reasons.”

Thursday’s events capped a week full of speculation. It began last weekend when Christian met with BC officials in Parkersburg, W.Va. to first to discuss the job. Boston College used a search firm headed by former college basketball coach Eddie Fogler, which then put Christian on BC’s list.

On Monday morning, Christian met with Athens-area media to go over the 2013-14 season and look ahead to the challenges ahead. On Monday evening, Christian’s name was mentioned on social media as a front runner for the vacant BC job.

Christian, on Tuesday morning, refused to comment specifically about the opening at Boston College but did add that he had never “actively” looked for another job as the Bobcats’ head coach.

On Wednesday, more speculation followed. Christian, meanwhile, traveled to Boston to continue to interview for the position. On Wednesday afternoon, 2014 Ohio recruit Tariq Owens reportedly talked to Christian via telephone and later said he would be asking for a release from his Letter of Intent that he signed in November.

Owens later said that Christian couldn’t guarantee he would be back at Ohio next season. By Wednesday evening, no official offer had been agreed to by both sides. But that changed Thursday morning, and word broke around midday.

Ohio’s current players, according to Christian, were informed about the process from the start. Christian said he notified the Bobcats when first contacted by BC and informed them of his intent to see where the opportunity led.

“It’s important in this day and age to be transparent,” Christian said.

Christian met with Ohio players and staff on Thursday afternoon, in person at the Convocation Center, after news about his departure/hiring had begun to break. Ohio players were not permitted to talk to the media.

Christian is a native of the northeast; he grew up in Staten Island and as a collegiate player had two-year stints at Boston University and the University of Rhode Island.

As a coach, Christian has landed assistant jobs at Western Kentucy, St. Francis University, Miami (Ohio), Pittsburgh and Kent State. Christian got his start as a head coach at Kent State in 2002. He guided the Golden Flashes to six straight seasons of 20-or-more wins, four MAC East Divisional titles and two berths in the NCAA Tournament (2006 and ‘08).

In 2008, Christian left Kent State for TCU and suffered through three straight losing seasons. But in 2011-12 he guided the Horned Frogs to an 18-15 mark — the programs first winning season in seven years — and a postseason spot in the CBI. His TCU’s teams finished a combined 56-73.

Christian left TCU for Ohio in 2012. It was a drop in salary for Christian, and the Horned Frogs were joining the Big XII Conference. But Christian cited better institutional support in Athens as a primary reason for him to return to the MAC, where he owned the highest winning percentage for a coach with at least four years experience.

All told, Christian has three losing seasons in his 12 years as a head coach and eight years with at least 20 wins (all in the MAC). He is 0-2 all-time in the NCAA Tournament and 3-8 all-time in the postseason.

Christian’s hiring ends a relatively long coaching search for Boston College, which let go Steve Donahue last month. Donahue, who was making $900,000 per year, was relieved of his duties following an 8-24 season. BC has been conducting its coaching search since March 18.