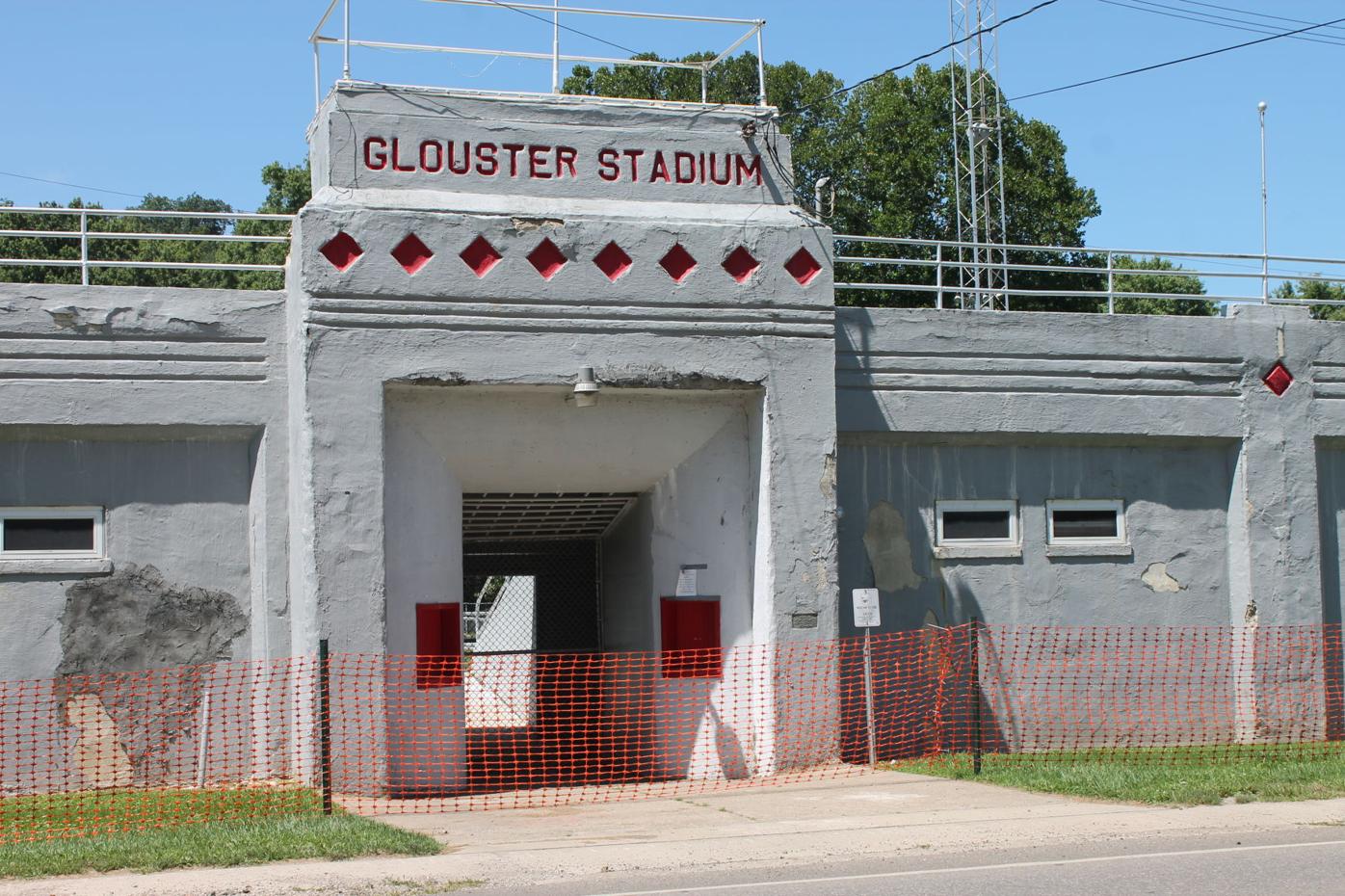 An orange fence has been set up around Glouster Memorial Stadium and all access points to the bleachers following an engineer’s initial inspection of the site. 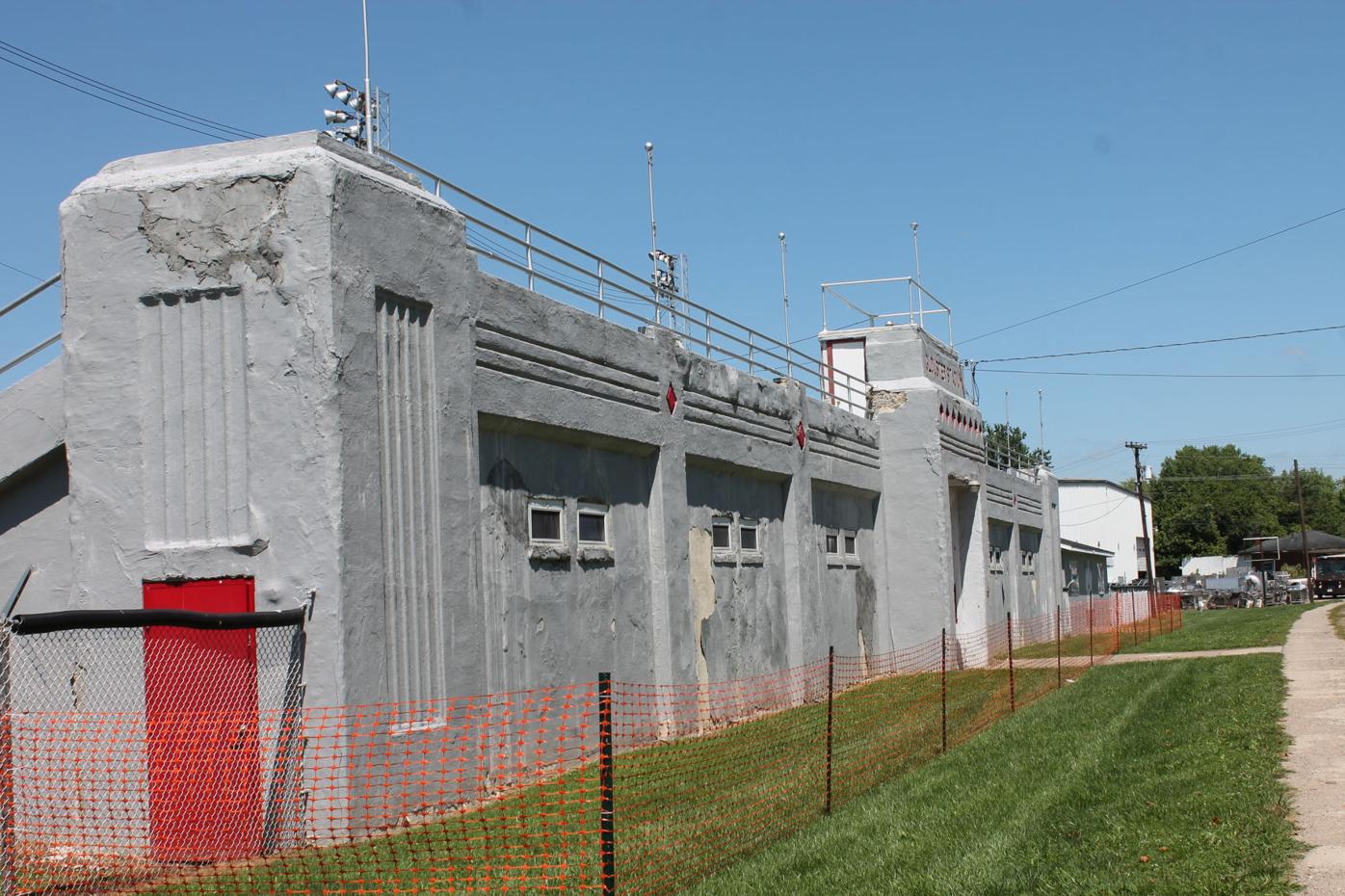 Glouster Memorial Stadium, built in 1938, as largely remained the same for the past 40 years.

An orange fence has been set up around Glouster Memorial Stadium and all access points to the bleachers following an engineer’s initial inspection of the site.

Glouster Memorial Stadium, built in 1938, as largely remained the same for the past 40 years.

Note: This story appears in the Wednesday, Aug. 9 newspaper on Page A1.

GLOUSTER — With just weeks before the Trimble Tomcats are set to open their 2017 football season, the safety of Glouster Memorial Stadium was recently deemed unsafe following an engineer’s assessment of the 80-year-old football stadium.

An orange fence has been set up blocking off all access, according to Jerry Lackey, president of the Trimble Facilities Improvement Committee.

An engineer recently completed a site inspection at Glouster Memorial Stadium, which is required before any structural work can be done to it, Supt. Scott Christman explained in a social media post. The district will have the engineer return for a more thorough inspection in the next week, but has closed the stadium until all tests are complete.

“No one has deemed it unsafe at this time,” Christman said in an email to The Messenger. “We are just keeping people off of it until further test results come back.”

Christman said as of now, the Tomcats plan to “play our games at home, on our field.” He added the district is exploring back-up options where else the team might play in 2017.

Christman offered no answers as to what engineering firm inspected the stadium and when that inspection was done.

Lackey said the district is looking at having temporary bleachers brought in if it can’t utilize stadium seating this fall. Many fans traditionally stand along the outer fence during home games when the seating gets crowded.

“We’ll do our best to surround the field and use that,” Lackey said, noting there’s a chance every game may have to be an away game if the bleachers don’t come through. “We’re trying to do everything we can to make sure games are played at home.”

Lackey has been working with the district over the past six months to explore improvements, costs to update the stadium and begin fundraising efforts.

Lackey’s goal is to raise $400,000 to get the stadium project started, he said, with $15-25,000 to remove the current structure and then $375,000 to put in a set of bleachers, similar to those at Nelsonville-York’s stadium, on the home side. That’s phase one of the project and has received zero donations thus far, he said, but is pursuing corporate donors for the project.

As far as full improvements go, Lackey and the committee are looking at $877,500 worth of work including visitor’s benches, multi-purpose field lighting, updated stadium electricity, stadium restrooms, marching band area, a new location for a scoreboard, sound system and team benches.

The committee is looking for private donations to fund the project and doesn’t plan to propose a tax levy to generate funds.

“We’re absolutely no way, shape, or form proposing a levy,” he said.

Construction may begin by this November, according to slides included in a facilities presentation provided by Lackey.

“Once completed, this project will benefit kids for the next 50 years from K-12, potentially helping hundreds of student athletes,” Lackey wrote in a social media post. “This community has proven time and time again that when our back against the wall, there’s nobody that comes together like us.”

Anyone interested in making a donation may call the district office at 740-767-4444.